posted in guest posters on September 8, 2008 by SAJ 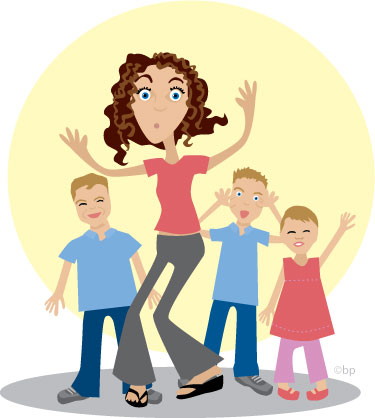 This post is from my good friend Angella from Dutch Blitz. Thank you Angella!

I am a woman in her mid-thirties. A wife of one and a mother of three. Some days I do not know how I arrived to this place. To this Thing Called Life that I am living.

I remember being a teenager. Full of pimples, plump with fat, ensconced with glasses. I daydreamed about Boys, talked about Boys with my girlfriends, wondered if I would ever have a Boy to call my own.

This same scenario continued into my twenties. I was a Girl. Hoping for a Boy. So that we could make Kids.

I wondered if it would really happen. If I would Find The One. My friends seemed to have no problem finding their Boy.

I remember talking to God and telling Him that I was totally fine with having no Boy, if that is what The Plan was. All I asked was that He take the desire for The Boy from my heart.

It was only fair.

Fast forward eight years and we have somehow arrived to this Thing Called Life. Three kids under the age of six. Two boys, one girl. People stop me in the street, many times over. They make the comment, “Three kids! You must be busy”.

Sherlock. You are on to something.

Yes. We are busy.

Yes. It is crazy.

Yes. I lose my temper more than I should.

Yes. I have three of the most amazing children that Earth has ever seen.

Yes. I somehow managed to marry the most perfect match that I could have ever hoped for.

Yes. My laundry is a little behind.

Don’t even get me started on my bathrooms.

I often look in the rearview mirror at my three children and am sideswiped by the enormity of it all.

I have THREE KIDS.

HOW DID I GET HERE?

I would not have it any other way.