posted in Family Matters, the laundry, the sticks on September 19, 2007 by SAJ 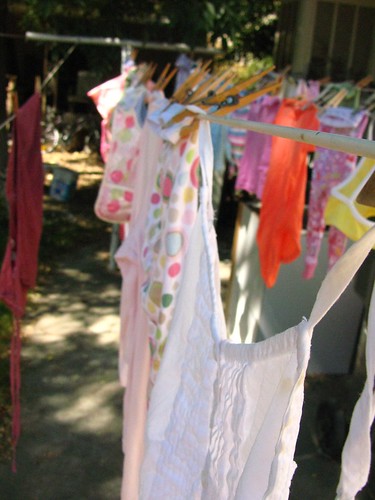 When I visit my mom, I take my laundry. I don’t make her do my laundry (I’m 35, after all and very capable) but I do my laundry at my mom’s house. In her laundry room that is outside in the back yard.

It wasn’t always this way. The washing machine ended up in the backyard because when my brother lived with her, they put my sister-in-law’s fancy washing machine in the house and put my mom’s old tired washing machine outside so my brother could wash his ugly oily mechanic pants outside and not ever bring them in the house. I think that was a great idea. I think all ugly dirty greasy oily men should do their own laundry outside.

So when my brother and his family moved out they moved their fancy washing machine out of the house with them, leaving a big gaping hole in the closet where the washer and dryer used to sit. Moving washing machines around is a tough job and for some reason or another my mom’s old washing machine never made it back into the house.

Now that we’re all used to doing wash outside and then turning around and pinning the wet clothes on the clothesline that is so conveniently right behind us, we kind of like it this way. It’s a nice peaceful spot in my mom’s backyard.

The tree’s cast dappled shadows on the long grass that needs to be mowed. Leaves crackle when you step because it’s fall now. It all reminds me of growing up. Even the spiders and the cobwebs, the mud from the washer’s makeshift run off hose, the sticks and leaves you have to pull out of the washing machine before you run a load… I like it! I love being outside. It reminds me of so many good memories. 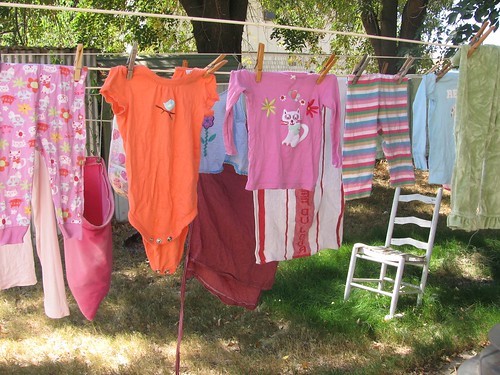 When we were little, my brother and I used to go visit my Aunt and Uncle’s Ranch in Red Bluff, California. My parents would send us out there for a week and it was like taking a camping trip on the moon for us. The Ranch was huge. You couldn’t see from one side to the other because there were so many acres and acres of rolling hills covered with yellow waving grass and big huge oak trees. I think there were seven reservoirs but we only ever discovered two or three of them. It was cowboy land. Cows and horses, pigs and chickens… right out of a story book.

The interesting part of visiting The Ranch was that there was no electricity or running water. They would hook up a generator at night to have light and run electric appliances but the generator was so noisy it made it impossible to think. Often they didn’t bother. Old oil lamps, flashlights and cooking in a big Dutch Oven was totally normal and acceptable. I’ll never forget the taste of cornbread cooked on coals in the front yard. Delicious!

Water was brought in from town in big giant tanks and well… I don’t remember a whole lot of washing going on. Maybe it was because I was a kid or maybe it was because washing was kind of an ordeal. I do remember the bathroom and how terrified I was of going into it at night. There were spider webs and scary bugs everywhere. Or at least they were there in my imagination because I couldn’t really see what lurked in the dark corners because there wasn’t any light. 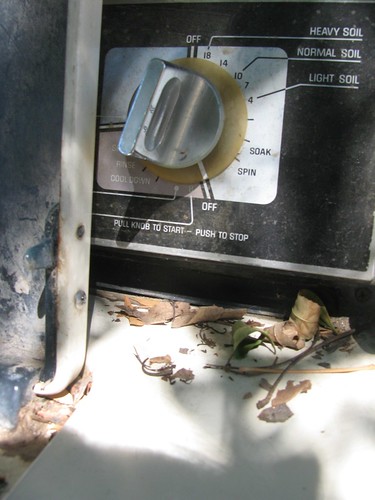 It really was like camping in every sense of the word. I hope my relatives who still live there and might read this are not offended by me writing about that. Because the memories I have of the Ranch are some of the best memories I have. Doing laundry outside at my mom’s and walking up her rickety wooden steps that are covered with cobwebs instantly send me back to The Ranch that I knew as a child.

We did so many amazing things at The Ranch. I could go on and on. My cousins and I watched a cow being born. I’d never seen afterbirth before. It was mind blowing. I remember standing on the split rail fence with my cousins, watching my Aunt try to pull the slimy calf out of the mother cow’s butt (or so it seemed).

Some man, who happened to stop by selling Catholic Bibles (of all things), helped my Aunt out. They both must have tugged on that stubborn unborn cow for hours. This is how things happen when you live out in the country. People who stop by help birth cows and then they cool off afterwards in the shade with a big glass of powdered lemonade.

And then there was the time we were hiking around and my Aunt caught a rattle snake and skinned it right there in front of us. She kept the skin and made a belt out of it I think and then roasted the meat that night on the camp fire. I never ate any of it but I was definitely impressed. Only a Ranch Woman knows how to skin a rattle snake on the spot without any preparation at all and cooks it that night for dinner. 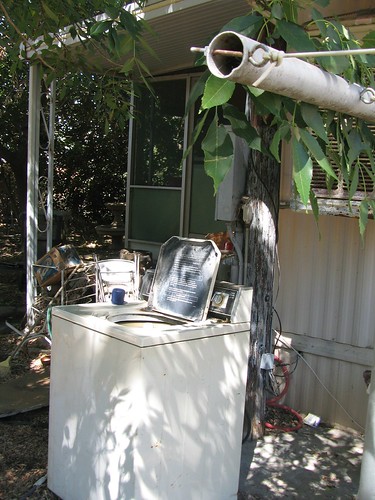 So maybe doing laundry outside at my mom’s isn’t exactly the same as spending a week without electricity or eating snake for dinner but it definitely reminds me of those many summers… something about the smell of the outdoors, the crackle of leaves and… spiders.