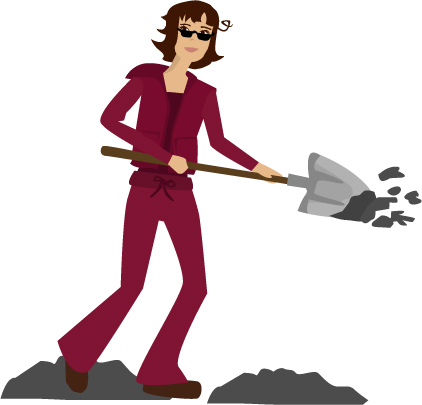 When you read this you will probably be reading the new and improved, though somewhat quirky, Moveable Type version of this website. Wooooo Hoooo! It’s been a long time coming. I’ve wanted to shirk off blogger since the first year I started with them but I’m such a hopeless nit wit when it comes to html and coding that I never got around to switching. Perl, CGI Scrips Wha!? So I hired Pretentious to do the transition for me. He’s been marvelous and all I have to do to pay him is buy his wife a pony! Anybody know where I can find a cheap but cute pony? I’m thinking this or this.

Other news: I bought myself a velour sweat-suit.

Yes, the fashion trend that I’ve been making fun of for the last year. I’m such a Hippocratic!!! I swore to myself that this was one lazy-woman’s fashion I wasn’t going to fall prey to. I was going to avoid it just like I avoided gladiator shoes and butterfly clips back in high school. I vowed not to join the masses wearing Juicy couture or any silly knock offs. I was so sick of seeing everyone and their cousin flouncing around in these glorified pajamas. Where I live that’s all anybody wears any more. What’s the style in that?

So what changed my mind? Hmmm…. well I guess I admit that they are flattering. I didn’t think they would be, but they somehow (as if by magic) make my butt look smaller. That was really the major deciding factor. Why I even humbled myself enough to try them on in the first place is another story.

I’ve been thinking about the twelve hour flight to Paris coming up in April. TWELVE HOURS!!!! I can barely sit still for an hour. Usually, I live in jeans but there is something about a long flight that makes even my cutest coziest jeans not as comfortable as they should be. So what I really want to wear is sweats or pajamas… yet I can’t be a complete slob because I am going to Paris after all and I’ll be flying with all those REAL French Girls. I know they will frown on my American tendency to follow a trend like a lemming but at least I’ll look like I have a small butt in my new super juicy (but not the real Juicy of course) sangria colored velour pants with fold over-waste band and a matching hooded velour jacket with pockets. Hmph.

Okay, I’m done justifying. It’s a done deal. They are comfortable and I don’t think I’ll ever take them off again.