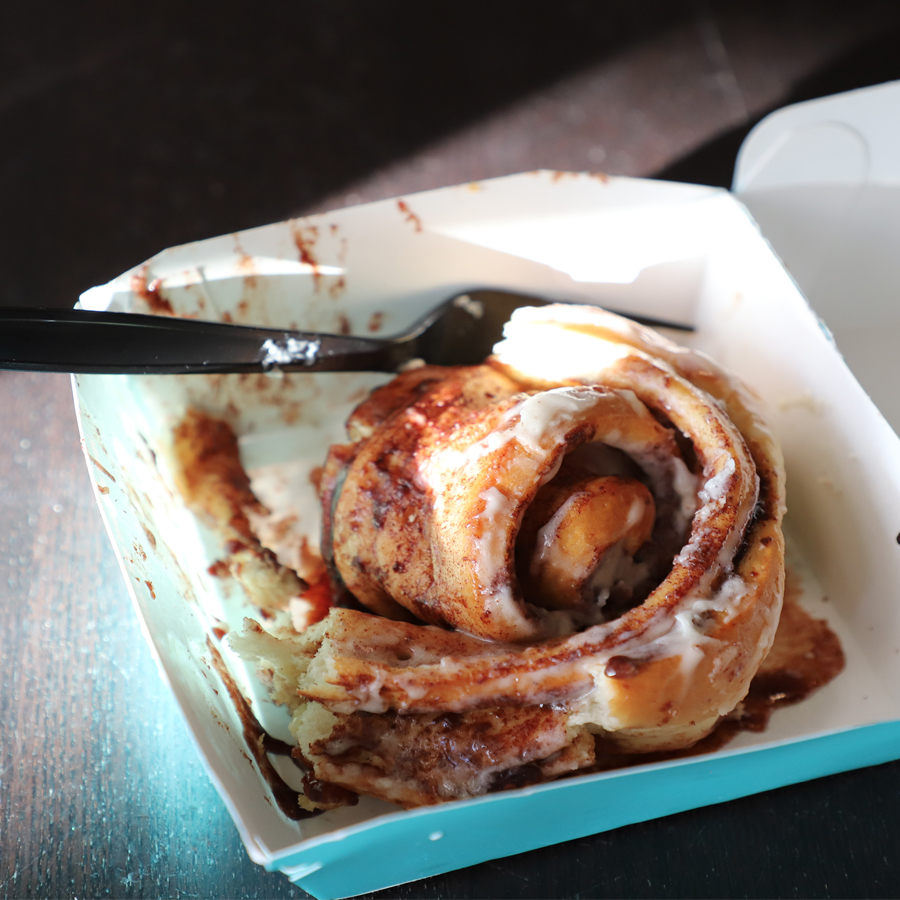 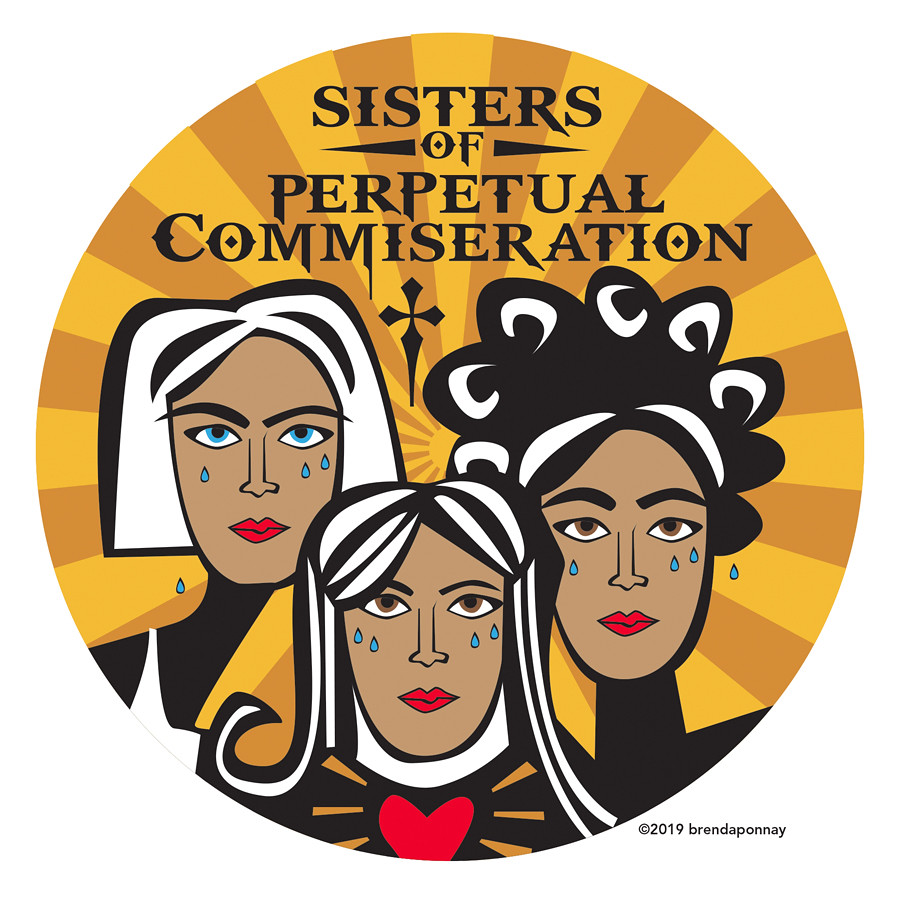 You guys. You inspire me! I may be niching down a little bit too much on this here blog but I don’t really care. Especially since I’m going to be amping up brendaponnay.com soon and I don’t have to worry about mixing business with my fabulous personal life soon. So bring on the menopause sisterhood!

I had a lot of fun designing some pins for you, as you can see. I’m thinking this will be the first edition and there will be others to come after this in different styles and themes maybe even by different artists if anyone wants to join in. I’m already dreaming up a menopausasaurus version. There are so many ways we can go with this! I haven’t designed the packaging yet so if you are feeling wordy and clever shoot me some verbiage. 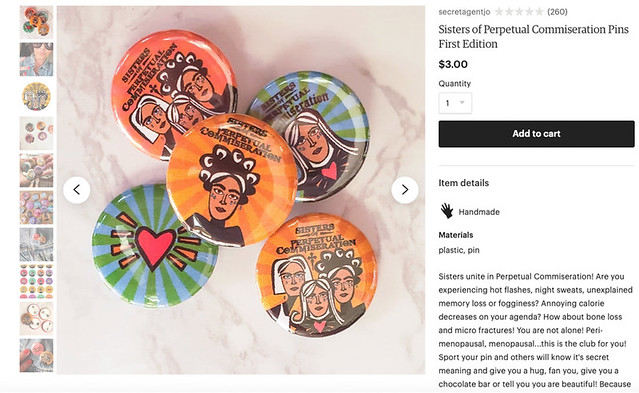 So pop on over to my shop and get your limited edition pin! The pins are an inch big and I’m going to include a random group of five designs in each package for three bucks plus shipping. If you want a particular design just message me. I can change colors pretty easily. 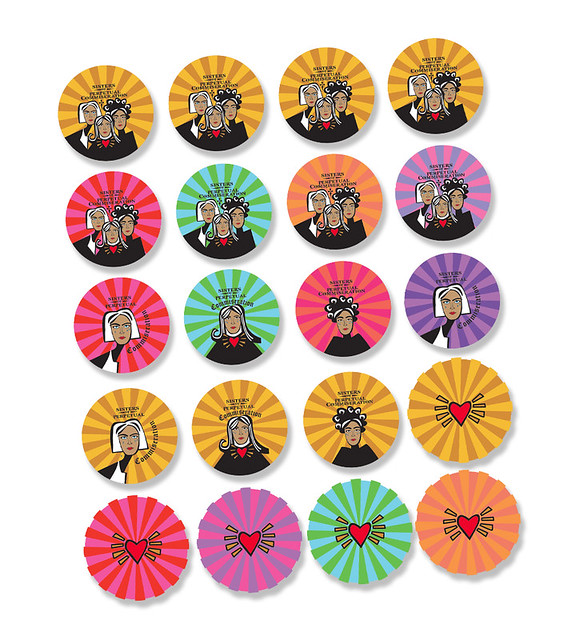 So fun, right? Maybe we should have a secret handshake (something to do with fanning and wiping our forehead) and have meet-ups. Brendaritas? Chilled towelettes? Fashion shows? Shoulder massages and puppies? 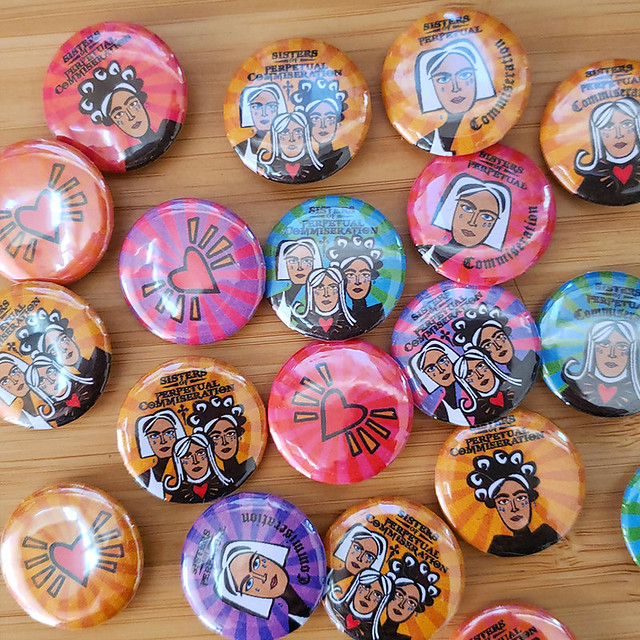 I hope you all like them. I know I’ll be wearing mine if it ever gets cool enough to sport my shredded jean jacket? Did you know Levi jean jackets are back in style? I have one from my dad that is a million years old and the girls constantly beg me to let them borrow it. I tried to buy them one and they are super expensive. What happened to Levi? Crazy. 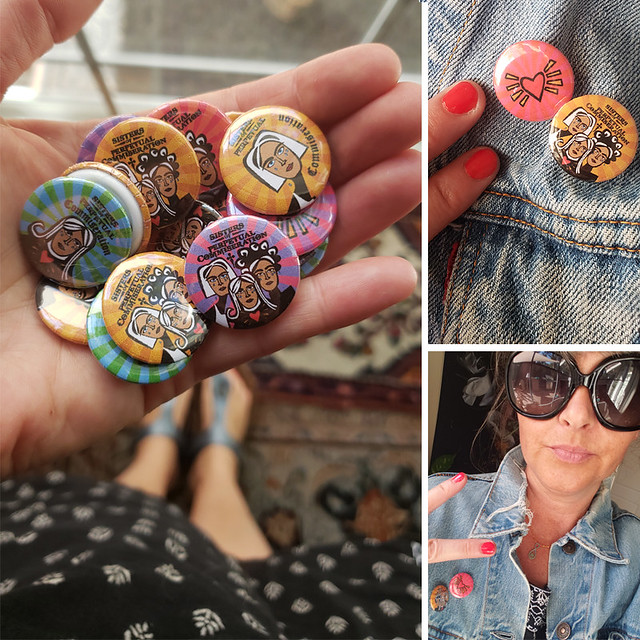 Anyway, I’m thinking Vsco Grandma might be a thing. What do you think?