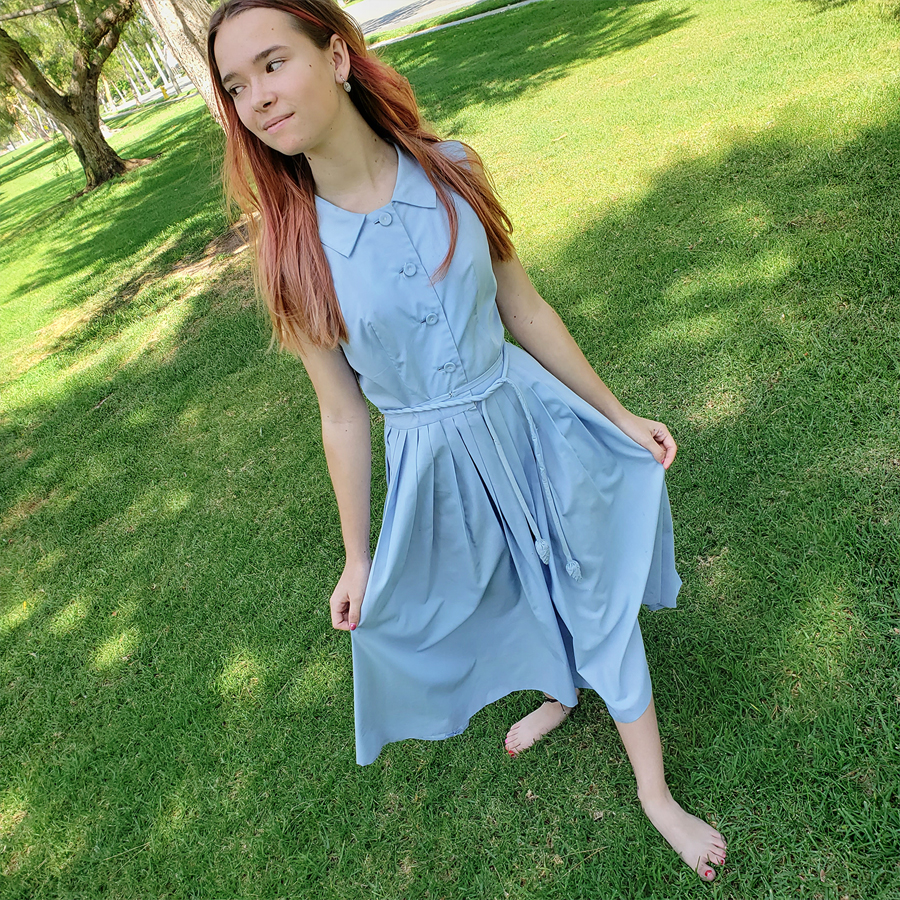 I thought I was going to tell the story of how my mom had her own personal seamstress that lived in her family’s house when she was a teenager growing up in Japan. But it turns out these dresses are not those dresses. These are Dynasty dresses made in the Hong Kong (the British Crown Colony says the tag)  that her mom (my grandmother) bought her from the Navy Base Exchange. It’s not as good of a story but they are still very interesting dresses. Mostly because they are from 1968! 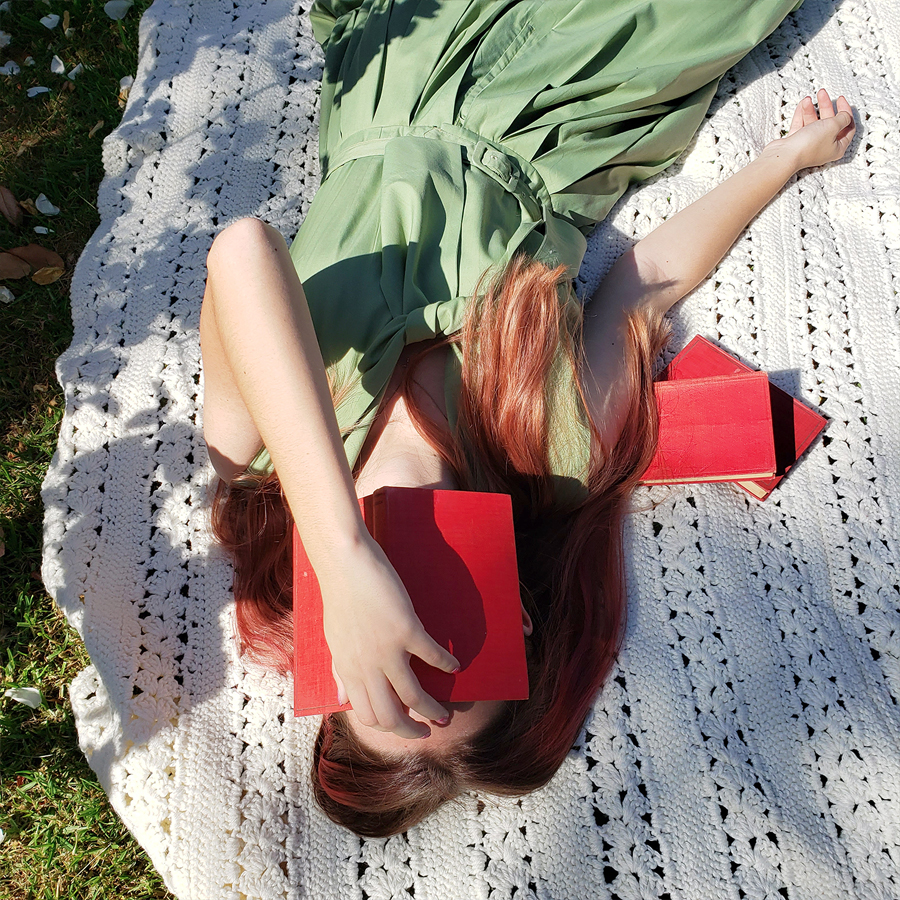 I remember when I was a teenager, I tried to wear these dresses too but they didn’t suit my late eighties taste so I never actually wore them. I was more into guess jeans and Esprit t-shirts, scrunchie socks and those mix-and-match knit sets. I shudder at the memories. 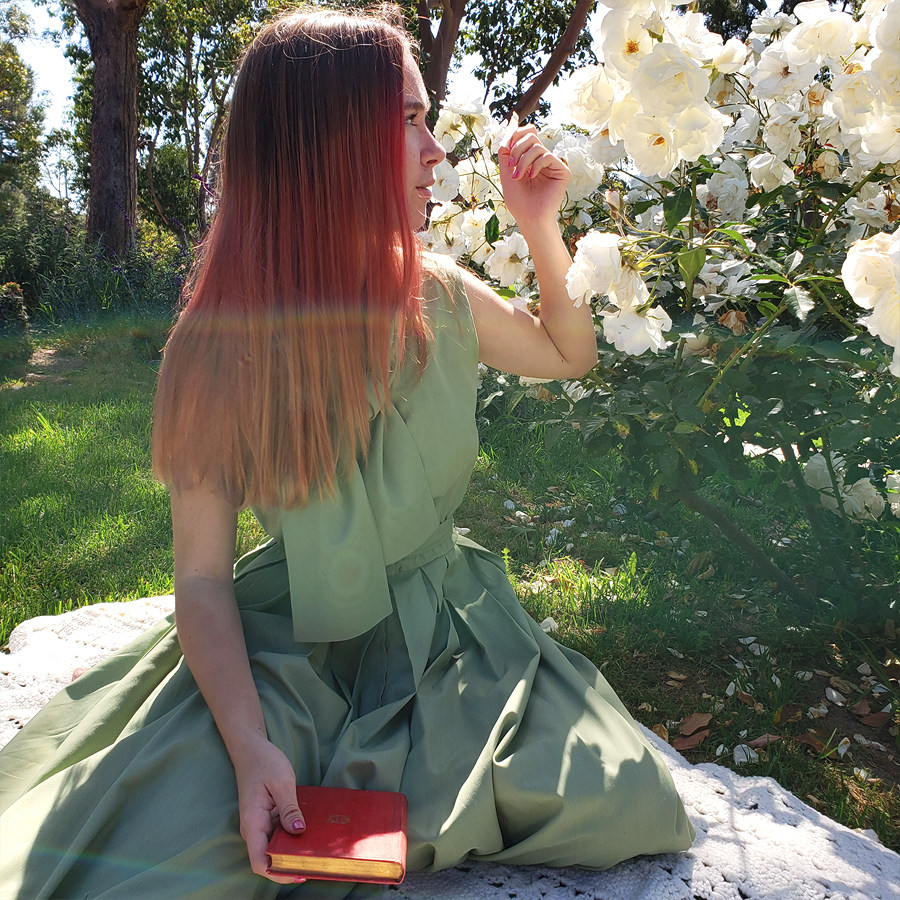 It brings me joy to see Bug wearing them. They look so pretty on her and she actually likes them too. When my mom gave these dresses to me to clean up and sell on eBay, they were a wrinkled mess. They have so much tailoring on them I was dreading the ironing job so I took them to the dry cleaner instead, which was the best decision ever! They came back so perfectly pressed, I found myself marvelling at how finely made they were. I decided I don’t want to sell these pretty dresses. I want to keep them! I don’t know if Bug will ever get a chance to wear them outside of our front yard photoshoot but I can daydream. Wouldn’t they be perfect for a garden party or a spring wedding? 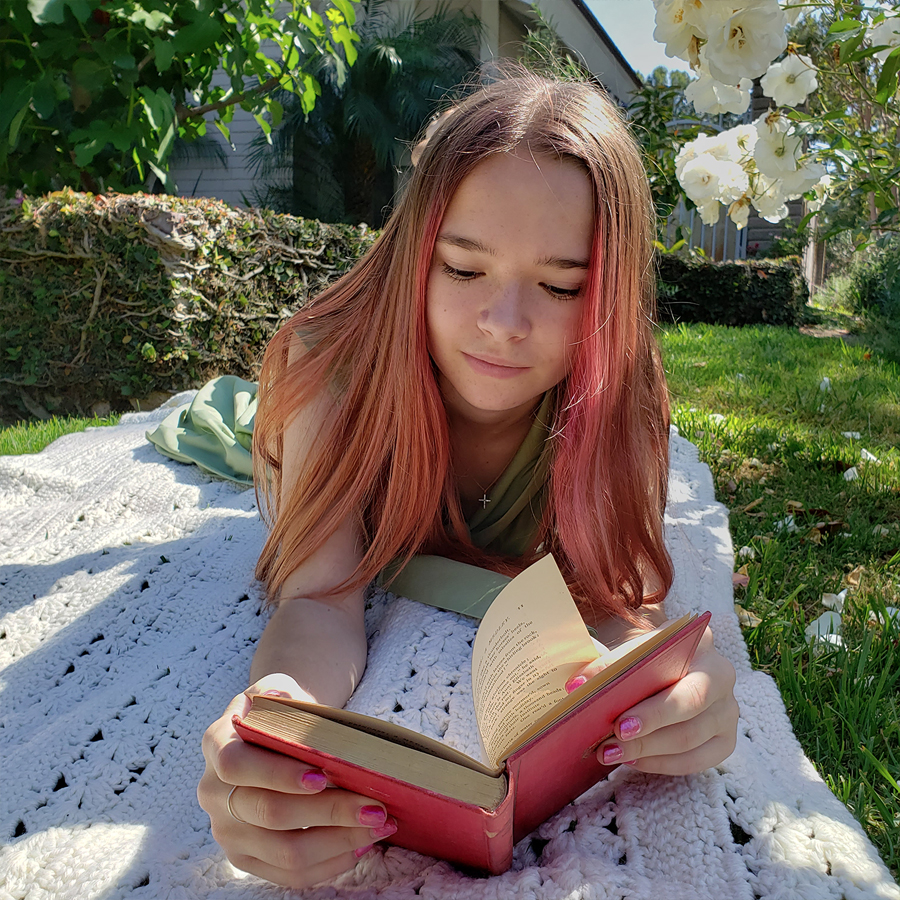 For now we just have fun taking photos. I will tuck the dresses away safely in my closet and maybe someday we can take them out. Or maybe we’ll keep them around for the next generation if the world doesn’t end.

Isn’t it crazy that we have thoughts like that now? I think this pandemic-apocalypse-paranoia is getting to me. I’m pretty optimistic for the most part but I would be lying if I didn’t admit to taking a long hard pause when I start to think about making plans for the future. 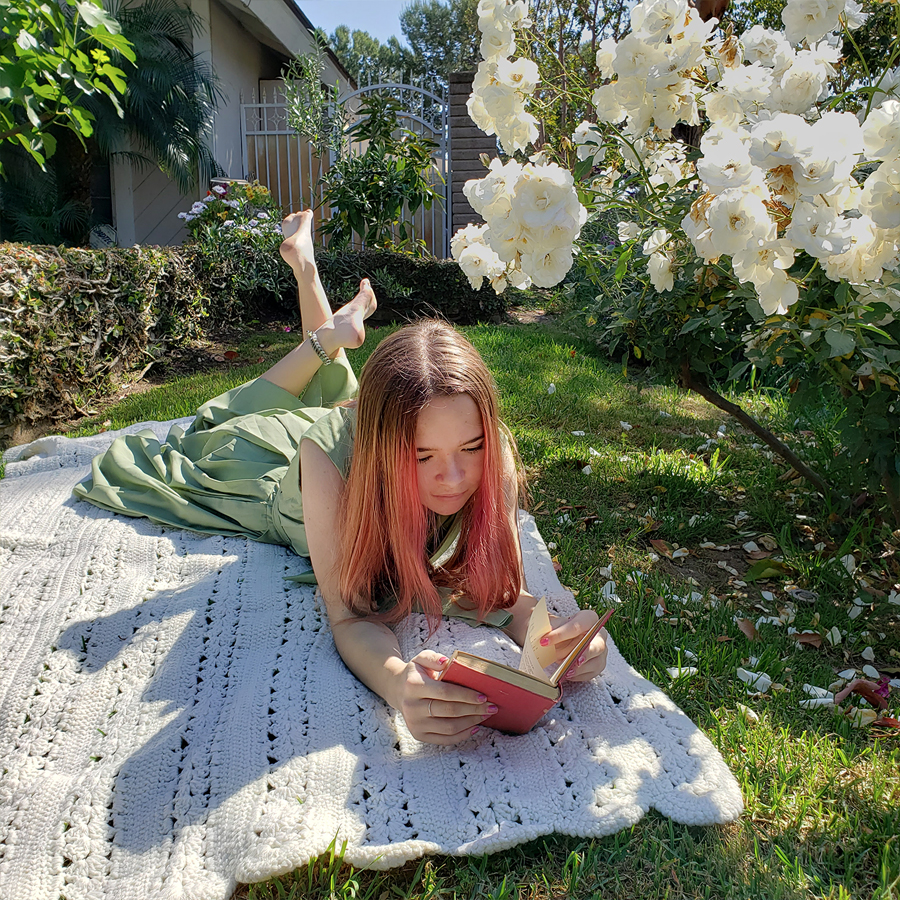 For now, I’m just enjoying the beauty of today. I want to bottle Bug up with her silly red hair and keep her at this age forever. Sigh… 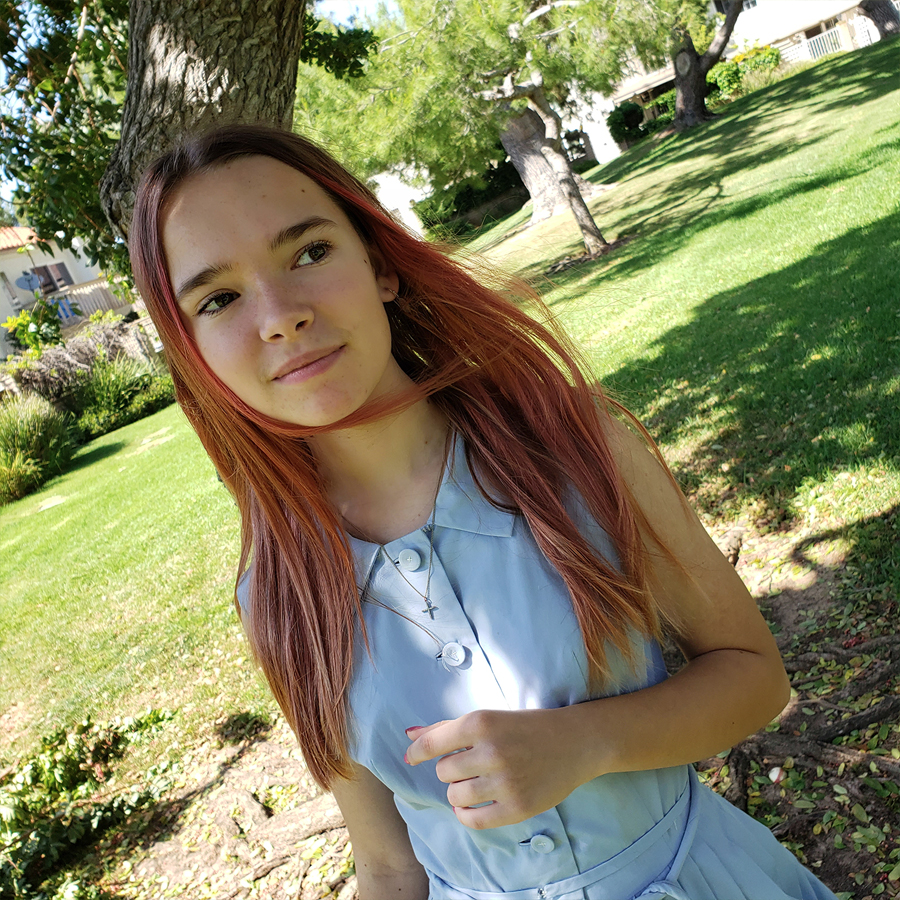 You’d never know she’s usually a gamer chick with a headset on, hunched over a computer playing Minecraft all day while she talks to her guy friends on discord. I really hope they have careers in gaming in her future because that’s what she seems to excel at. 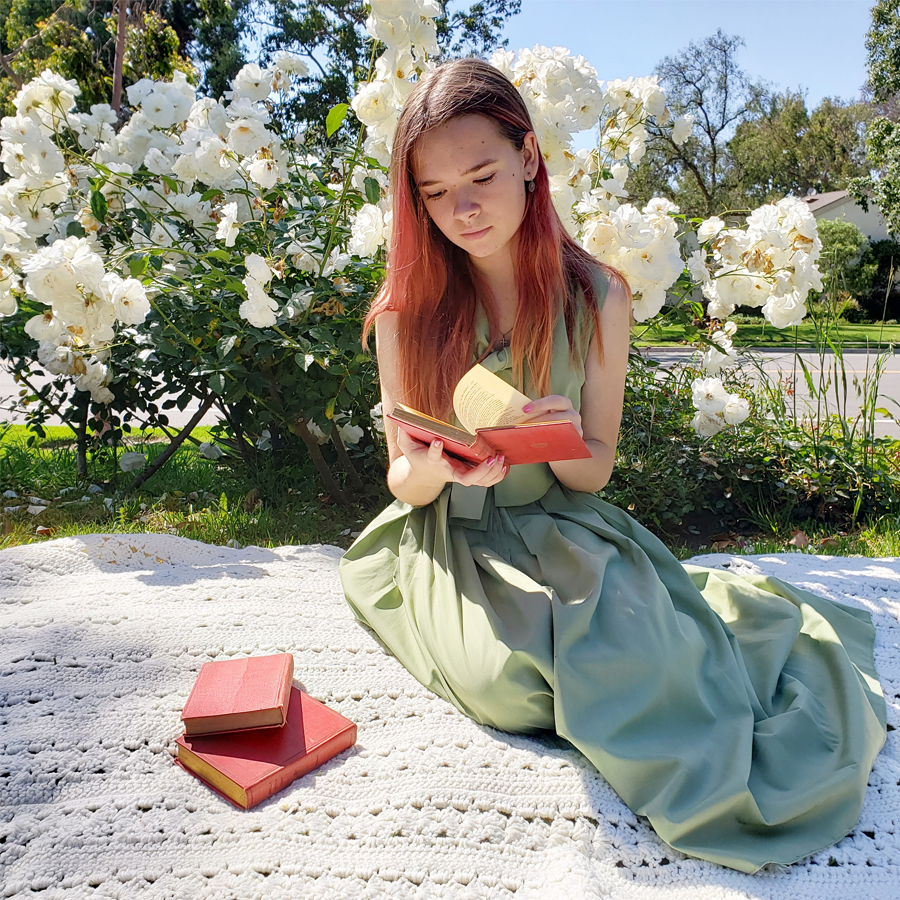 But for now, I’ll pretend we are back in time and she’s actually reading a Jane Austin novel. It’s a nice daydream.