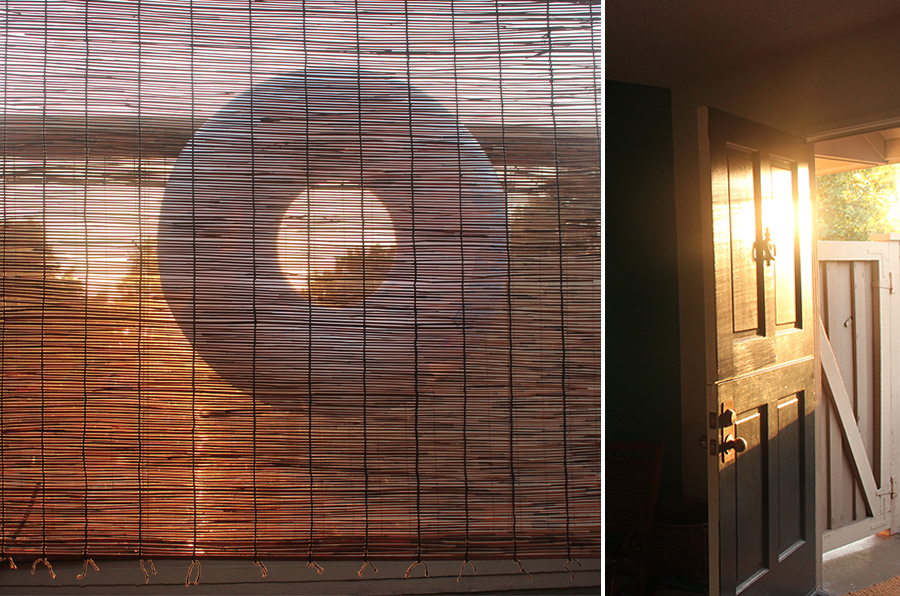 You guys. I should have known that blogging about my bad feelings would be like plugging into a solar lamp. I forget that sometimes all you have to do to feel better is ask for help.  Just plug the lamp in! The internet is standing by, waiting to be encouraging. You’ve really made me feel so much better with your commiseration and good advice. I was so afraid of being judged that I held off too long. It was silly. I need to stop caring about what people think of me so much.

The ducks are still pecking away but I feel less alone. Thank you, Mamalang, for that excellent quote from your wise friend. Did you see that in the comments?

It’s easier to get eaten by an alligator than pecked to death by ducks.

This morning I had to get my bloodwork done so I didn’t eat breakfast because you are required to fast for twelve hours. It’s no big deal. I wasn’t starving or anything but I had to do school drop off without my coffee and I missed it! I’m a natural morning person so I don’t need caffeine to function but boy am I addicted. I love coffee! I was one sad sack without it. I didn’t even get a headache but it was cloudy and overcast and I felt like I was in some kind of depression. I was early to my appointment and everything was cold and air conditioned. I just wanted to go home and crawl under the covers.

But I made it through of course. I’m not scared of needles. And then I came home, turned on my space heater, made myself the best egg breakfast you can make when you don’t eat butter and your bread is made out of something sprouted and had a big cup of coffee. I tuned my iphone stereo to my favorite piano solo station and here I am feeling about a thousand times better. 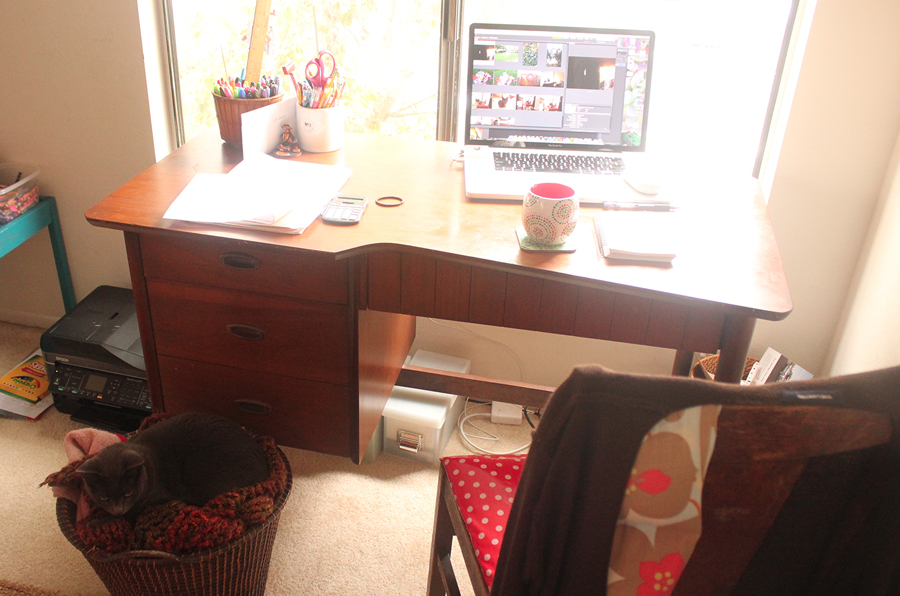 I know you needed a play by play. But if I’m going to get back into blogging regularly I have to write about what’s in my brain and that’s what I’ve got.

I’ve been really down lately because I’m afraid of debt. I’m going into debt deeper and deeper because of my car problems and my biggest fear is that it will snowball and I won’t be able to ever be free. I don’t know why I’m so afraid. What’s the worst that could happen? I could get evicted and have to live at my parents? Bug won’t get to stay in the school that I think is so great?  Nobody will hire me and I’ll die a failure?  I don’t know. It’s just a big heavy rug of fear that weighs on me every moment of the day. And sometimes it weighs so hard I can’t function and that just makes my fear worse because if I can’t work then I can’t make money and I can’t pay off my debt.

Anyway. I’m fine. Nobody needs to send me money. Send me work, sure. I love work. :) But I’m privileged. I’m lucky that I have credit. I’m lucky that I have a skill. I’ve never applied for any government aid even though I’d easily qualify. I have friends and resources. I don’t need anybody’s charity. I just need an attitude adjustment sometimes and thank you so much for that. Thank you for letting me be down among friends. I really appreciate it.

Toby has been there for me. He’s helped me financially. He’s given me car advice. But you know how it is when you are single after being married for so long? You want someone to confide in. You miss that person. You feel so alone even though you are surrounded by friends and family who care. There’s a void there. I think I’ve been ignoring it and pretending it doesn’t exist. I don’t intend on filling that void for a long time. Dating scares me.

Wow. Too much information. I think about all the people who read this and I’m embarrassed. I’m just putting it all out there for even my father-in-law to read. Crap. Do I really want to do this? This is why I don’t blog as often as I used to.  I talk myself out of blogging regularly. 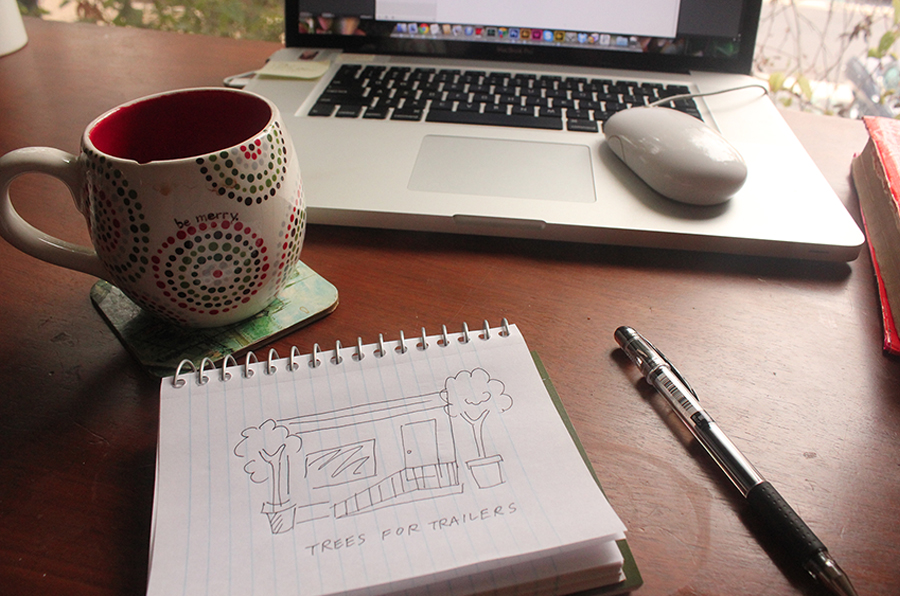 The other day was Bug’s first day of school. She’s in the portables this year. The portables are a series of about six trailers parked at the back of the school on the blacktop. They are sad and pathetic. Behind them is a big beautiful grassy field bordered by trees so it’s not like she’s stuck in a trailer park next to a freeway or anything. But strangely, it feels that way. When I saw on her school website that she was located in a class preceded by the letter “P” my heart sank. It’s like we were suspended to Rejectland.

It’s such a weird thing. I think all the parents feel that way too. We are separate from the rest of the second graders and I miss my old pack of moms who used to stand around and socialize while we waited for our kids to get out of school. It’s just not the same. I  feel isolated. I wonder if the kids do too.

It’s all in our heads. The teachers are great. Bug’s classroom actually seems bigger and more spacious inside than her old one. It’s decorated with bright paper and everything seems tidy and orderly. I think I like her new teacher. I’m sure we’ll make a new pack of friends and it’s going to be fine.

But I hatched an idea. What if there were potted trees by the trailers? You know, on a drip system or something so they would be green and healthy? Right now they have one little neglected garden that is a patch of rock-hard dirt and some uneven paving stones. Weeds aren’t even growing it’s so desolate. It’s surrounded by a temporary white picket fence that is sagging. Nobody waters anything and the only plants that are alive are a couple of potted office plants that somebody discarded.

Every day I walk by that sad four-by-eight foot patch of dirt and I ache to water it. Maybe it’s just the green thumb in me. I can’t ignore it. I asked around and  supposedly it belongs to the after-school program. It’s dead because nobody watered it over the summer. They’ve been meaning to bring it back to health but nobody’s gotten around to it yet.

I know I need another cause like a hole in my head but maybe I’m the one to start something. Maybe a local nursery will donate some plants and a watering system. I don’t know…it’s just something I’m thinking about. At the very least maybe calling attention to this might make the rest of the school realize that we feel this way. I know I’m not alone in this. 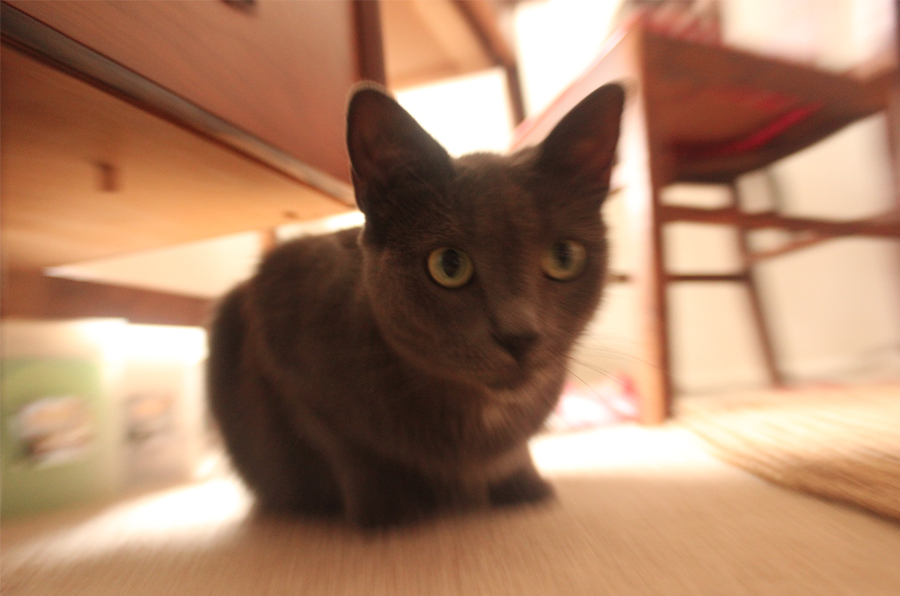 And with that I’ll leave you with a photo of my dear sweet cat, Fiesta. She has nothing to do with anything other than the fact that she keeps me company at my desk all day long and also makes me feel loved. So there’s that.