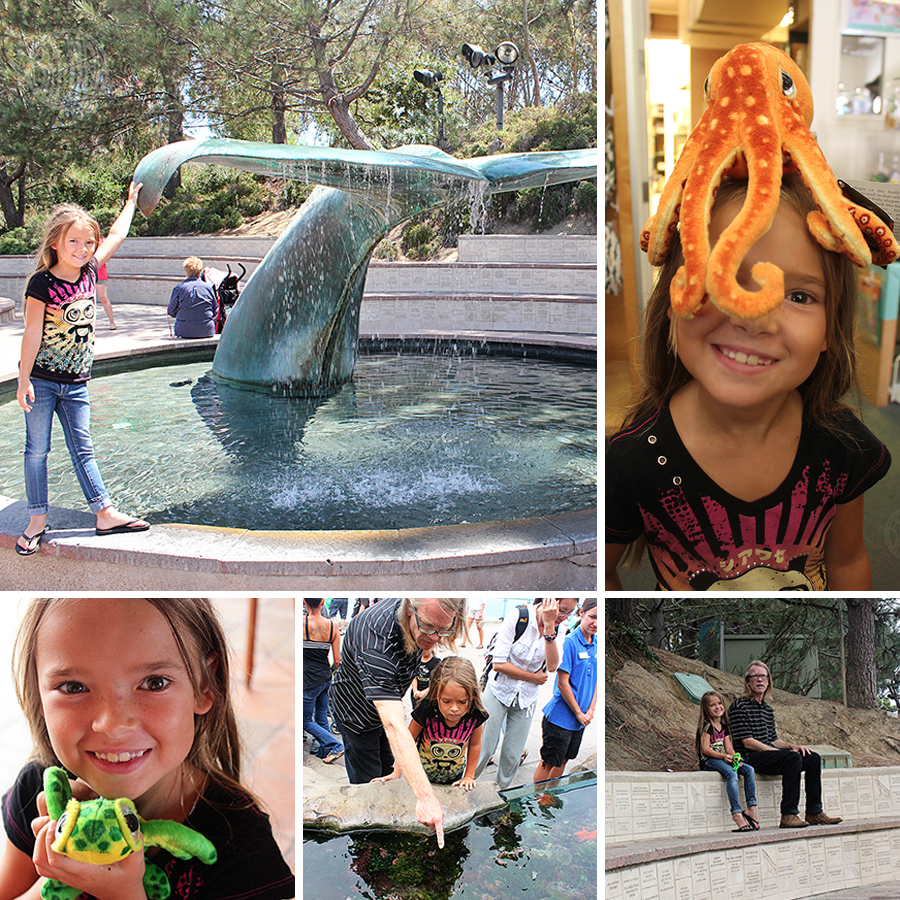 I hear all these voices in my head when I start to write a blog post. Don’t show off. Don’t be a show-and-tell blog. Just be yourself. Have something important to say bla bla bla bla blah.  And so I don’t write because it takes too much effort. Not that I don’t want to put in that effort. I do. But I don’t have the time. I’m trying to squeeze in a post right now while I’m at my parents and being interrupted every other thought. I could wait until later to write but then it would be another day gone and another day not posting.

So I thought I’d just post some random photos I’ve taken over the last week and write a little bit about each one without thinking about it too hard.

The top photos are from a trip to the Aquarium Toby took us on. We were supposed to take a trip to Catalina Island. It was going to be a really fun family outing but scheduling hotel reservations got complicated and Toby’s schedule is what Toby’s schedule always is: too busy! So we decided to put that trip off until after school starts when the rates come down. We went to Scripps Aquarium instead, which was as fun as it always is.

We’ve been there before so I thought I wouldn’t have anything to take pictures of. I mean how many photos of pretty jellyfish do you really need? But then I ended up taking some anyway. It helps that my camera loves Bug. 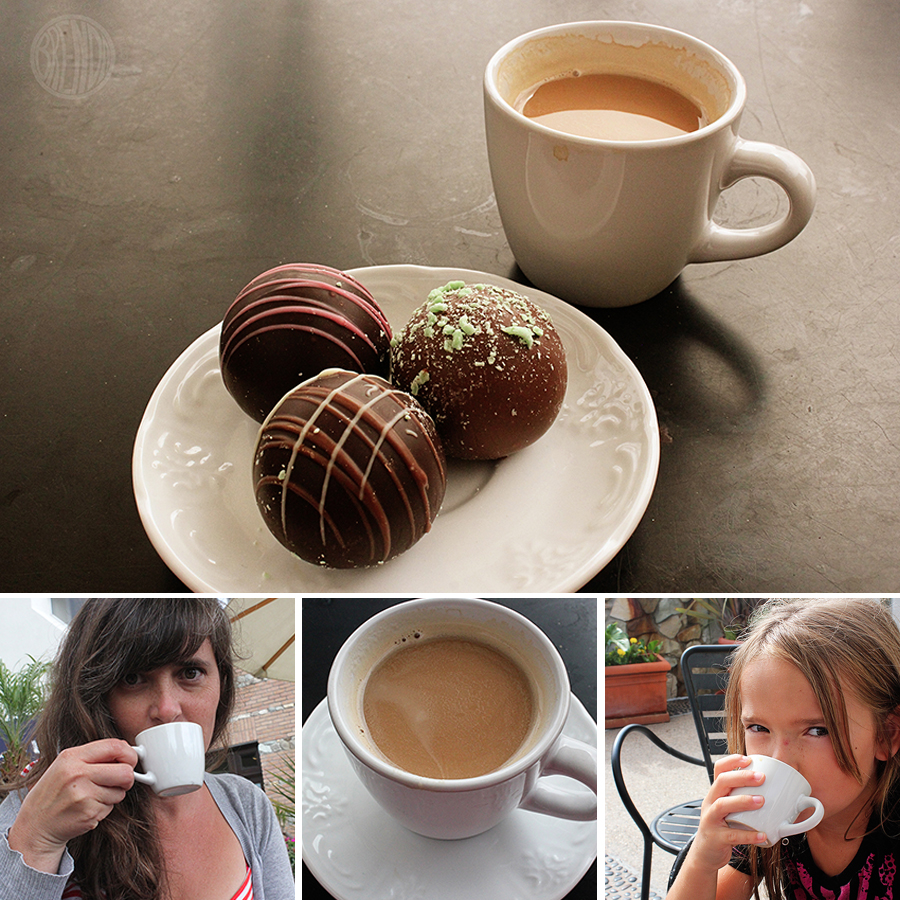 After the Aquarium Toby took us out to lunch and coffee at a fancy chocolate place. Since I’m on a quest to find a perfect cortado to photograph, I asked the barrista to make me one. She had no clue. My quest continues. 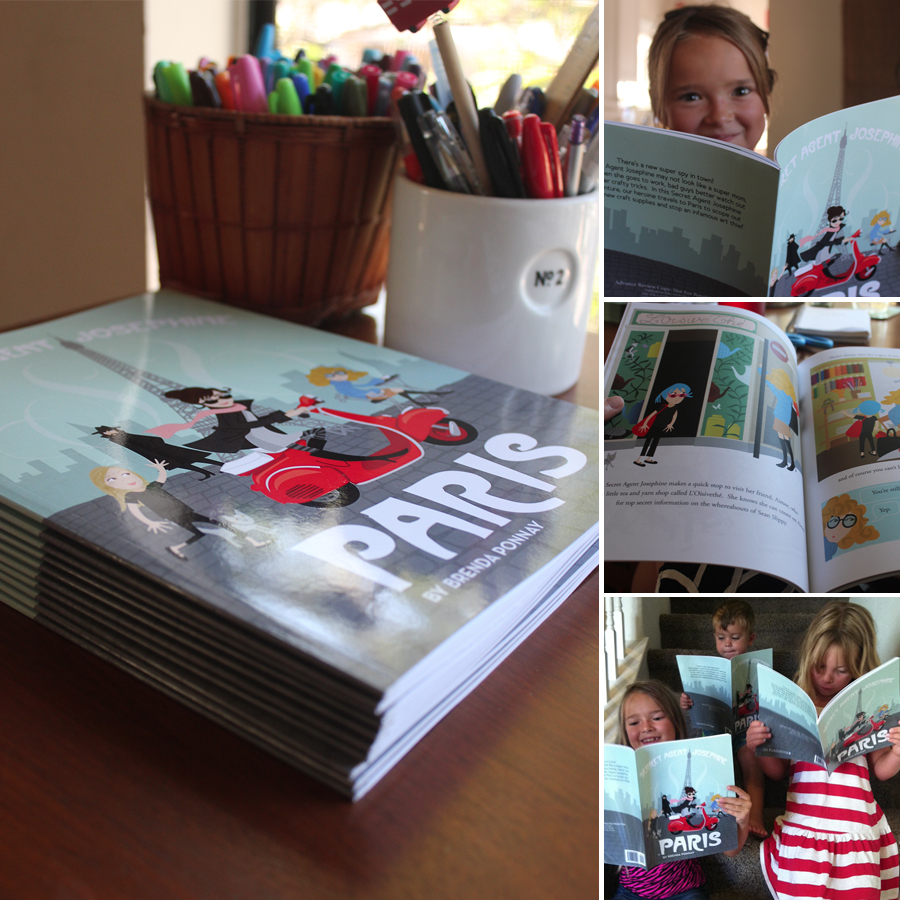 Then the advance proof copies of my book showed up!  That was a pretty exciting day for Bug and I.  I love looking at them in a big glossy stack on my desk. I wish they didn’t cost so much and I had boxes and boxes of them to give out for free. Wouldn’t that be fun?  These ones are reserved for reviewers so they’re all spoken for. I get a little testy when people play with them and bend the covers. I can’t wait to see the hardback version!

Ooooooh, steam cleaning day! You are laughing at me I’m sure but this was high excitement in our world. We moved all the furniture I was strong enough to lift off the carpet and shoved it in the closet, the kitchen and onto the front porch. Then Bug spent the rest of the day lounging on the giant mound of futon mattress on top of the couch like she was the Princess and the pea. The steam cleaning guy came and spent about twenty minutes running his wet-vac mop thingy over our carpet. I thought we’d have to leave and be gone for hours and hours but that actually happened after the fact when we were waiting for the carpet to dry.

We amused ourselves by walking around town and getting our nails done. Rough life but someone’s gotta do it. Heh.  Then we came back to the most beautifully clean carpet ever. It makes me love my apartment all over again. I only hope the cleanliness lasts. 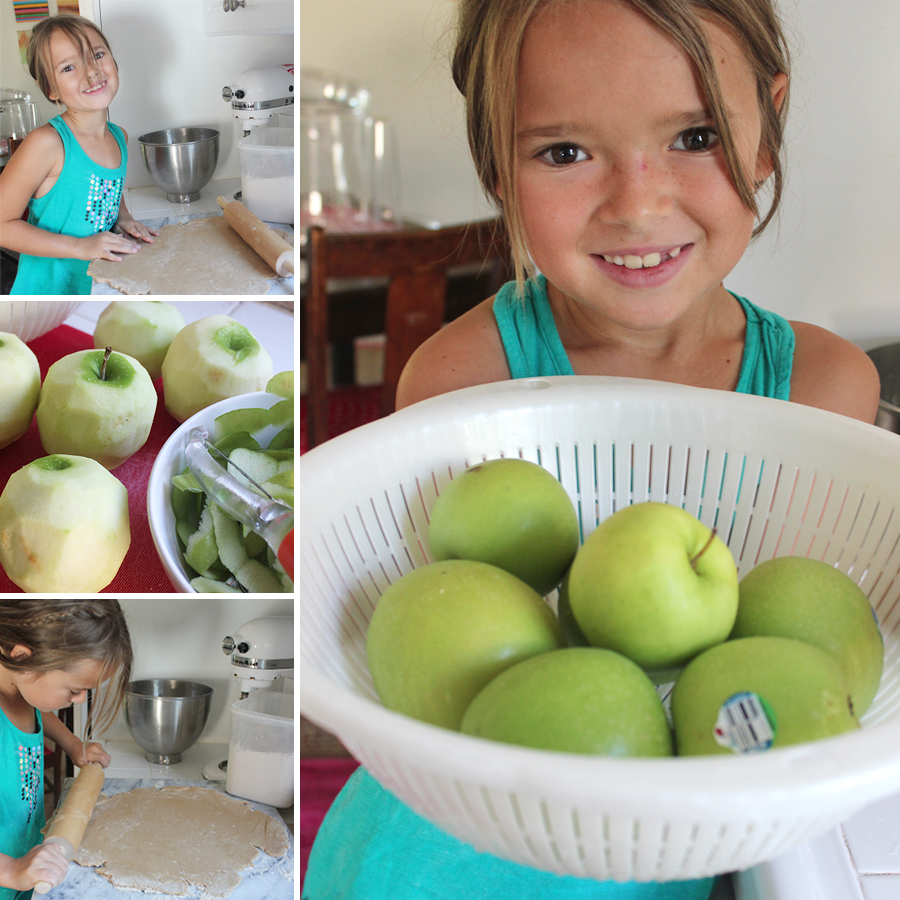 Here’s another random thing: The other day Bug woke up craving pumpkin pie. She is my pumpkin pie kid. She LOVES the stuff. I wanted to oblige (because I’m so easily distracted from what I’m supposed to be doing!!) but we didn’t have two cans of sweetened condensed milk. We did however have two bags of green apples (how did that happen?) so we made apple pie instead! 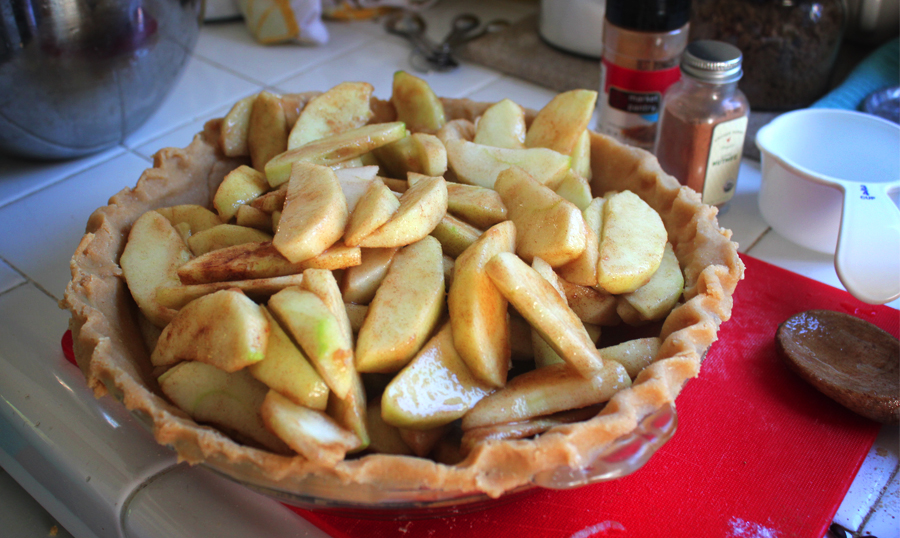 Bug really did help me too. She’s at that magical age where I can teach her things that I know are going to stick in her brain. I feel a little less guilty blowing off work for two hours knowing that I’m getting in a little bit of homeschooling instead. So there’s that. 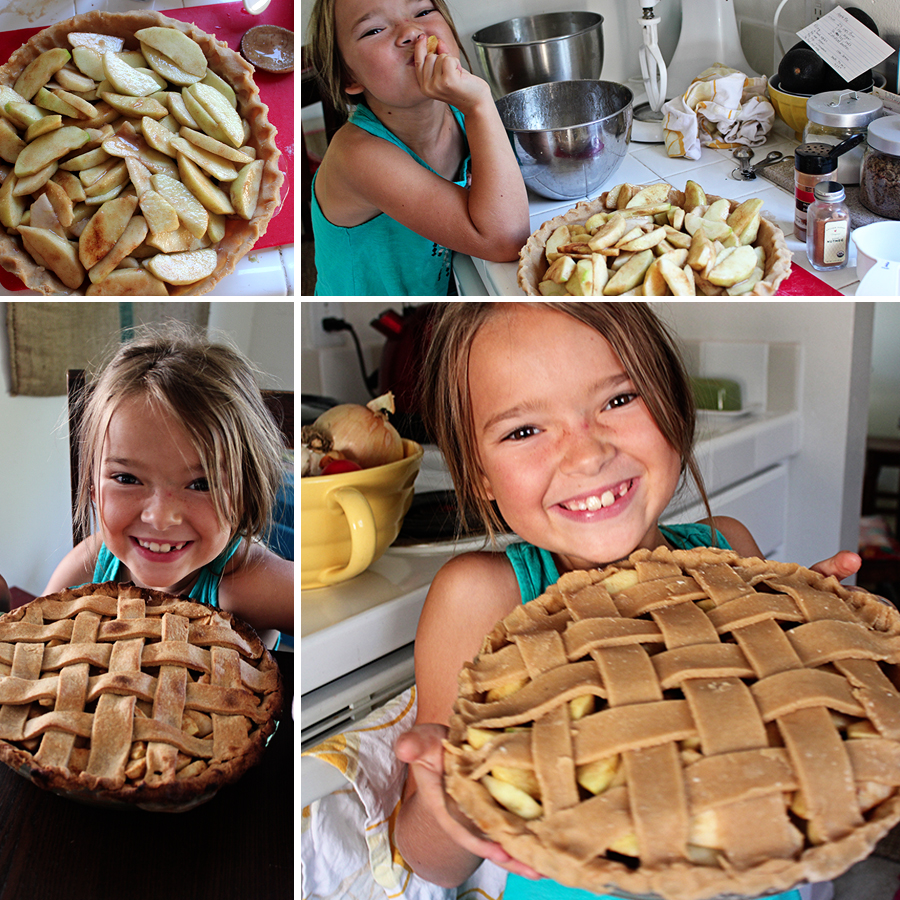 Plus, I’m not the type to turn down a kid who wants to bake, from scratch!

3 Comments → Random things we’ve been up to.