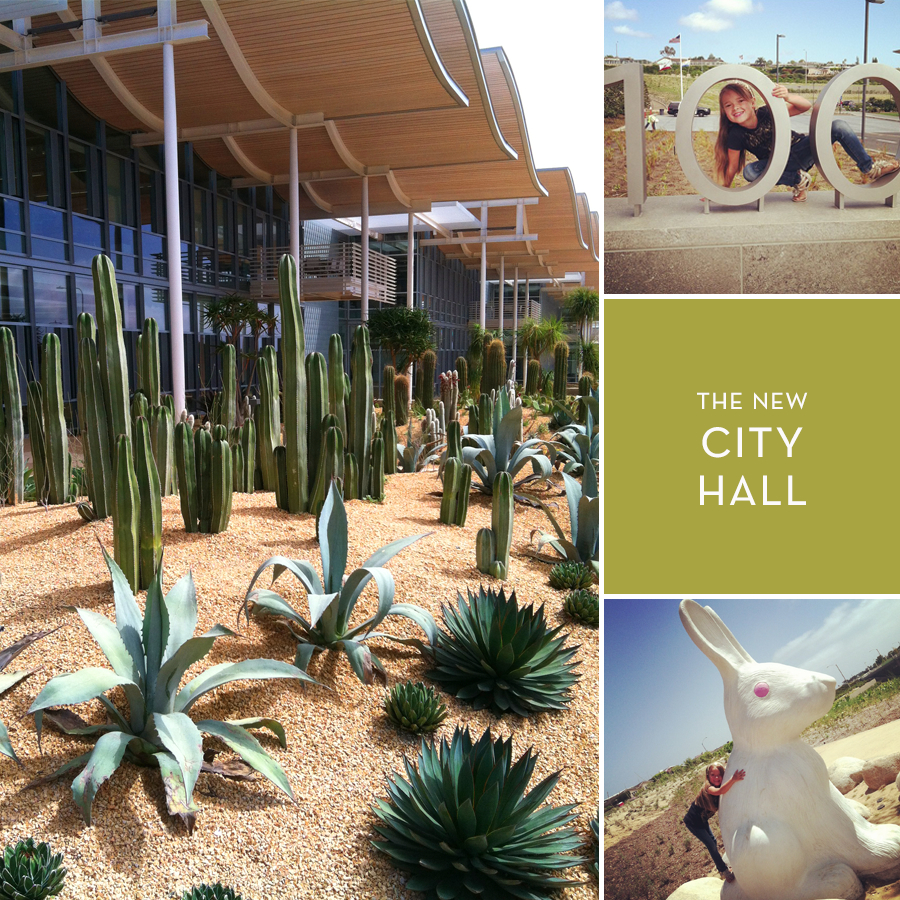 For the last year or so (maybe more?) when I drove Bug to her Dad’s at the beach we passed this monstrosity of a construction project. It used to be open land, possibly even a bird sanctuary but lately it’s been an ever increasingly interesting tribute to modern architecture. I won’t even touch the politics that have been flying around over the cost of this project and the local’s tax dollars but I will say it’s really really cool looking. 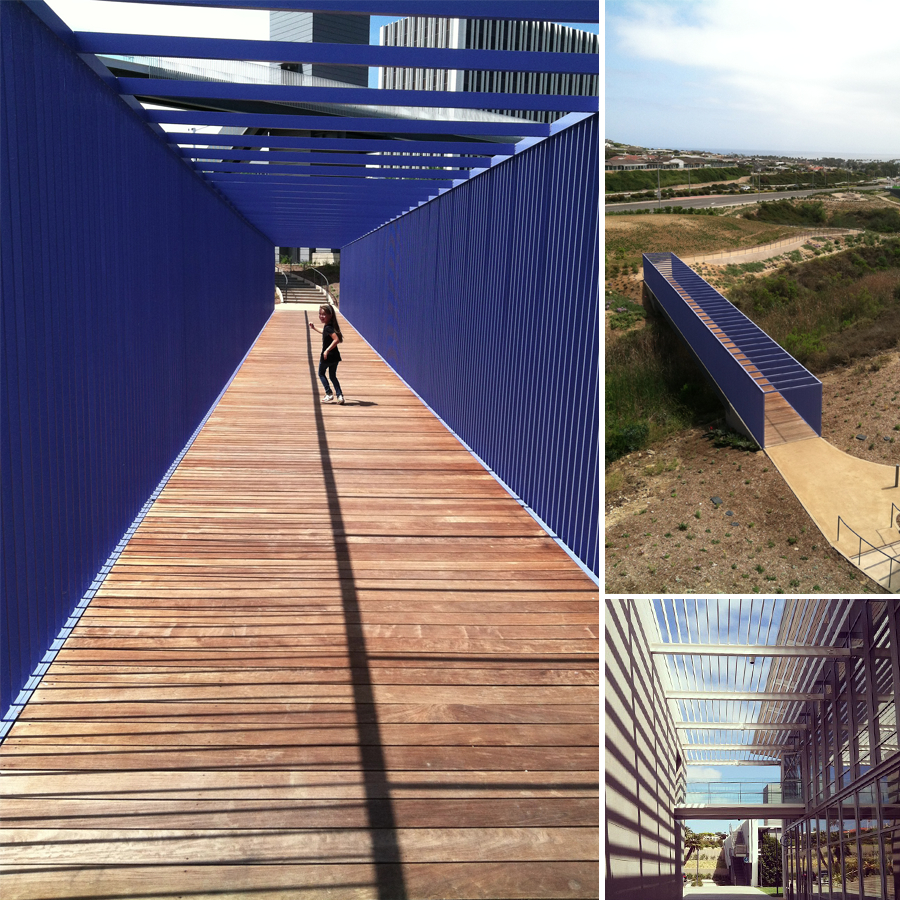 Finally last week we stopped and took a look. All these photos are iphone photos so I seriously need to go back with my real camera because it was pretty impressive. We walked and walked along a packed dirt path that lead us through some purple bridge tunnels along rolling hills of drought resistant shrubbery and then had a little picnic lunch at the top. 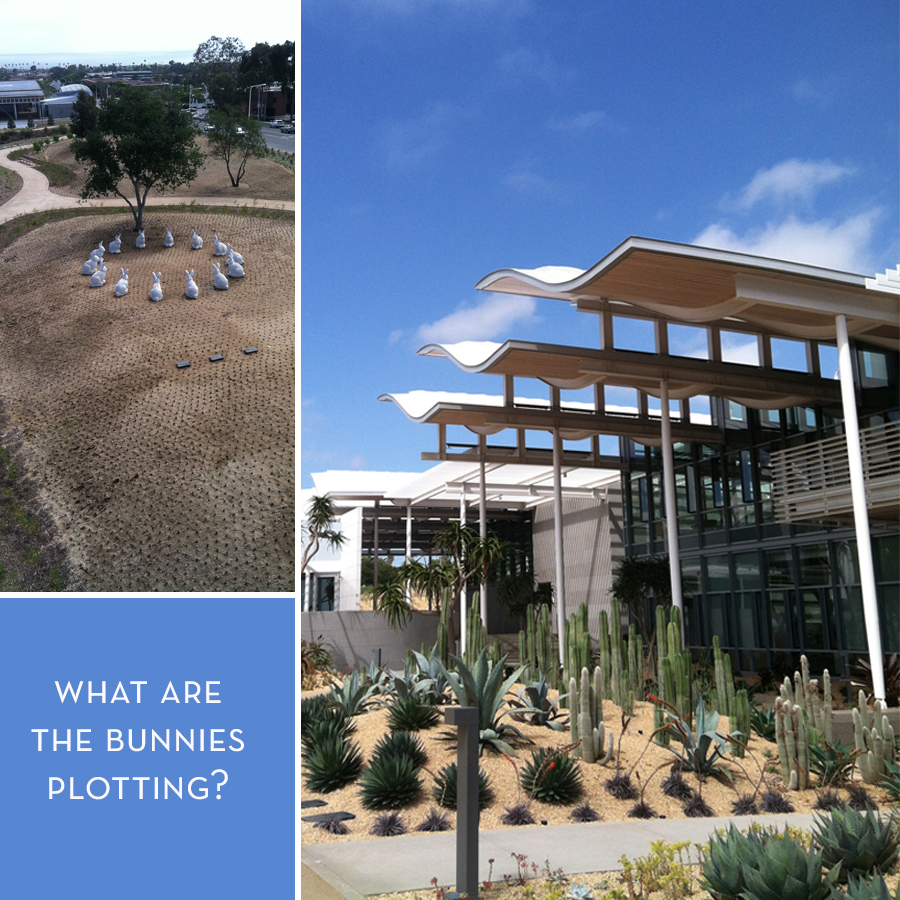 There’s a dog park (though it wasn’t open at the time we were there) and some really interesting bunny sculptures but no real playground for kids. That’s okay because nature is enough of a playground for us but I had to ponder why the giant bunnies weren’t more accessible to play on. You could climb on the big one but the little ones had no path and the landscaping looked like it was about to erode if little people made too many paths through it. Maybe its some kind of elaborate art installation but come on, they are screaming to be climbed on! Bunnies and kids? Now that I read this article I think they were intended to be climbed on but I’m not so sure.

Anyway, if you are in the area you might want to stop and take a stroll around. It’s a really nice space just waiting to be enjoyed. Also, it’s right next to the library. Make a day of it!