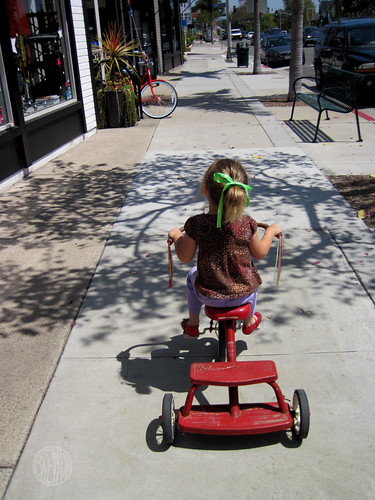 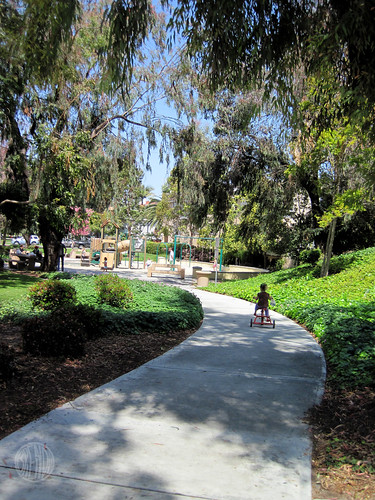 Bug decided she wanted to ride her tricycle all the way to the Farmer’s Market this weekend. I was skeptical. The Farmer’s Market is walkable but it’s several blocks away. I usually put Bug in the stroller when we go just because her way of walking is one step forwards, three steps sideways and it takes foreeeeeeeevver. A tricycle could keep her going forward but I remembered how our last trip to the park went on her small bus. I ended up pushing her the whole way with my butt crack hanging out. 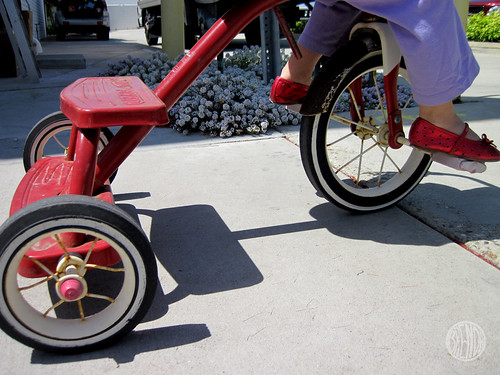 Then I thought, she is FOUR now. It’s not like I was in a hurry. This trip could take all day but maybe I would just use it as an exercise to practice my patience. Of course I should also mention that she wore me down with her whining and cajoling so I made her pinky promise me that she wouldn’t get tired and I wouldn’t end up pushing her all the way home. 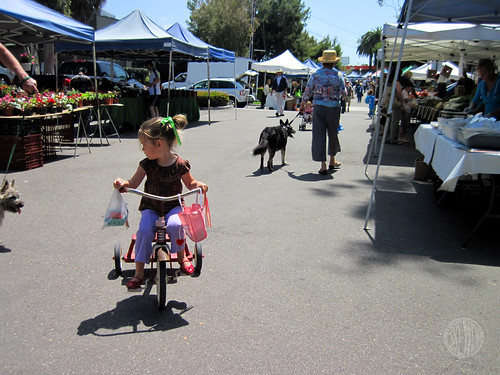 She totally surprised me. She pedaled all the way to the Farmer’s Market with no help at all! She did have the advantage that the route is mostly downhill but I was still proud of her. That’s a long way on a little bike with rusty wheels and feet in funny red shoes that might not be the most comfortable. 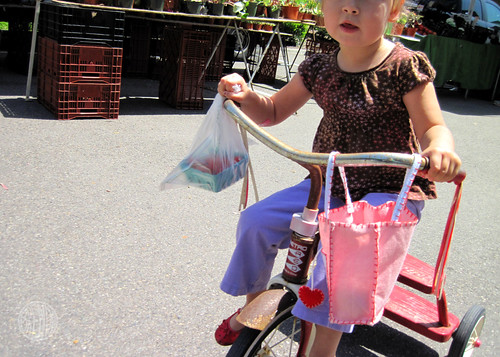 Her shoes are soooo worn out. She loves them and wears them everywhere. They are her “rock star” shoes. What? They totally look like rock star shoes don’t they? Yeah, I didn’t get the memo either. But now I’ve been schooled. They are shiny and therefore they are rock star. Make a note of it.

Have I told you about the rock star stage she’s going through right now? It’s killing me. I don’t mind the One, Two, Three…Hit it!‘s or the Yeah Yeah Yeah’s or the hip-shaking and attempts to do the splits on our living room floor. That’s all fine and entertaining. I’m having more trouble with the requests for rock star food (i.e. star-shaped food—not Jack Daniel’s, thank God) and shiny clothes. I go along with her as much as I can but I can only be so creative with a star-shaped cookie cutter. 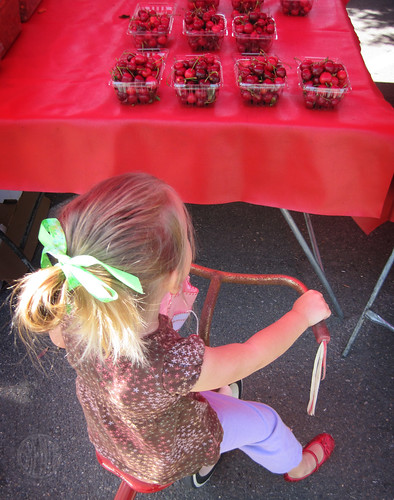 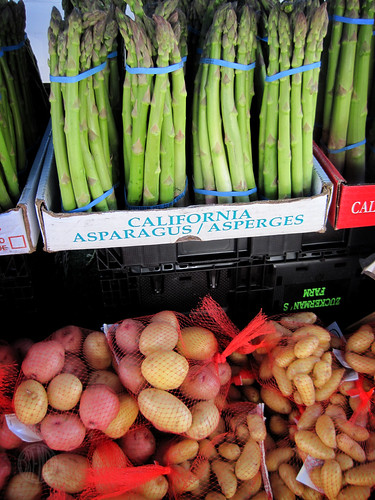 So anyway, the Farmer’s Market was a delightful trip with the tricycle. People looked at us a little funny but it was nice to have her mobile and going at a pace nearer my own. She motored about and did her own thing with me trailing just a few steps behind her. She even bought raspberries and a bag of chips with her own money that she earned from her lemonade stand! (She made $14 by the way! Not bad for two days.) 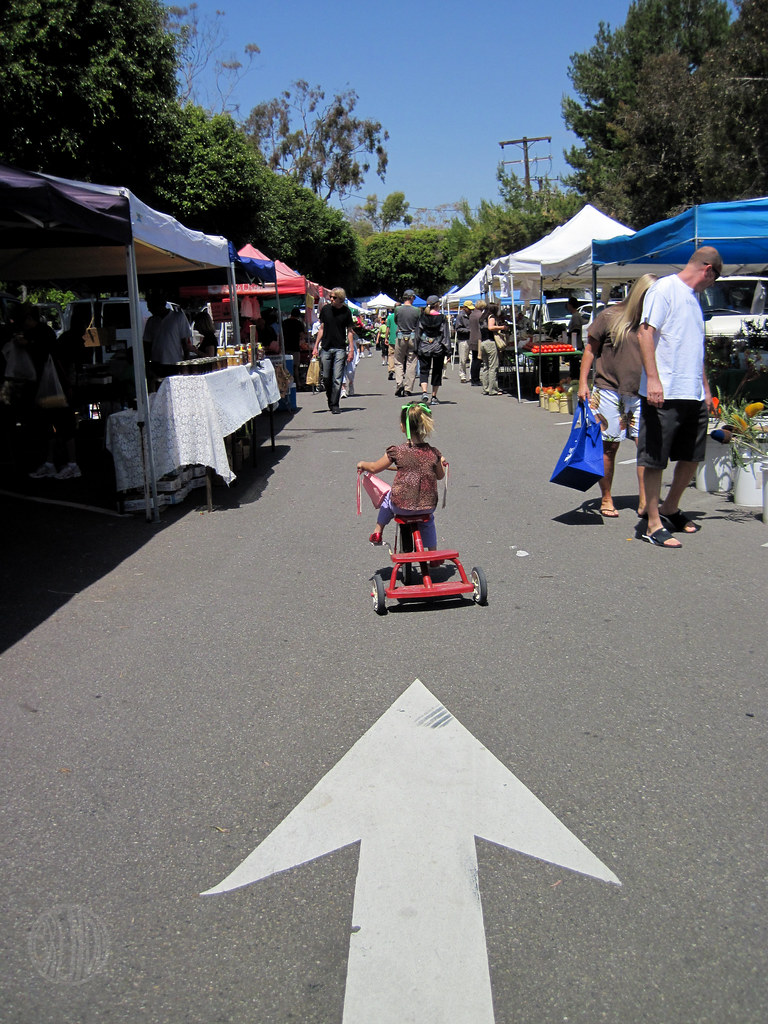 The trip back was a little more difficult so I did push her a good bit of the way. But I didn’t mind quite as much, mostly because this time I didn’t make the mistake of wearing super low-rise pants. Heh.