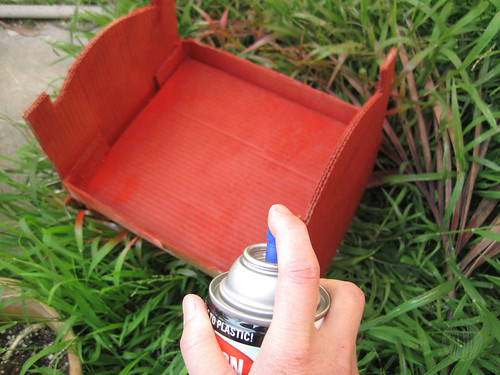 I have this strange kid who doesn’t like me to throw anything out ever. Maybe I’ve traumatized her with my over-eager purging that I love to do from time to time. I guess it’s normal that kids her age get attached to things as silly as old leftover food, gum wrappers or maybe the box that her Christmas baby doll came in.

The box that the doll came in was printed to look like a baby bed. I’ll give her that. It had a nice hard pillow and a crib sidewall along the back side. But it also had a ripped off mark where the price tag used to be and an ugly starburst that said something like “Grow with Me” with photos of all the other dolls I could buy her as she gets older (which I’m not going to do). Anyway, the box was ugly. I had to get rid of it.

I am such a mean mom.

I know she’s probably the smart one wanting to use a box over and over and cutting down on her carbon footprint or something but I just can’t have yucky over-designed boxes cluttering up her room. There’s enough clutter in there as it is. So I threw it away in the middle of the night and I’ve never heard the end of it since. There were tears.

Until I promised to make her a cardboard cradle that is.

I’ve been perking on this cardboard cradle idea for a while but have been busy with other things so I never got around to it. It’s still a box and it was taken from the recycle bin in the alley behind the photographer’s shop near our house so I’m sort of redeeming myself on the wastefulness factor. I’m just being creative about it. 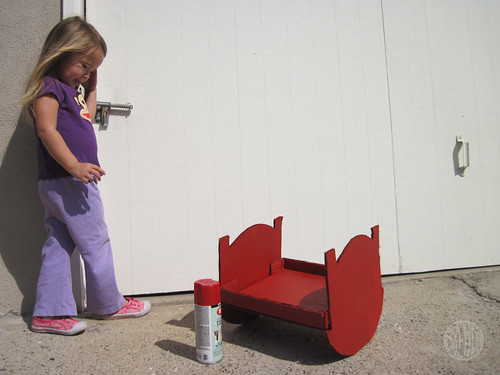 It’s not a masterpiece and I would be much happier if it was made out of wood (hint hint Uncle Shawn) but it’s cute and so much better than that nasty box her babydoll came in. 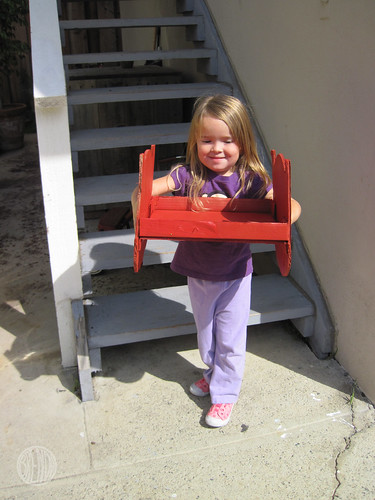 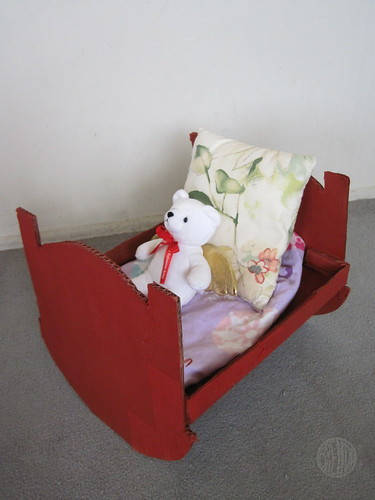 It’s light so she can carry it. I’m sure it won’t last forever (which may or may not be a good thing for me and my purging ways) but it works. All it needs is a small pillow and a little blanket. Though now that I’ve got her using an old pillow from her crib set and the bag that her flannel sheets came in as a makeshift blanket, she’ll probably get attached to those and never let me near the cradle with anything new or matching. Kids! Are they all like this or is it just her? 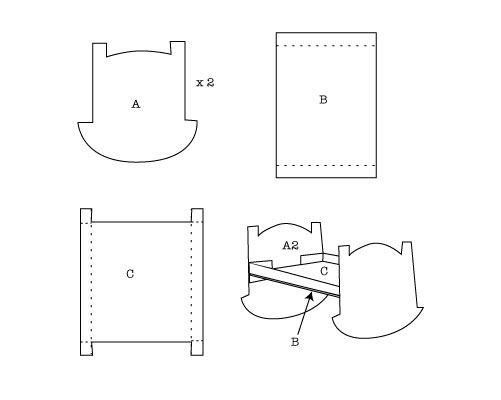 I actually just glued everything together with normal Elmer’s white glue. I was completely surprised that it held and is relatively strong. Of course if she decides to sit on it, it will crumble but so far it’s holding up to vigorous rocking just fine. When I glued it, I held the pieces together with giant binder clips and then left it alone while we had lunch. That might have been the trick.