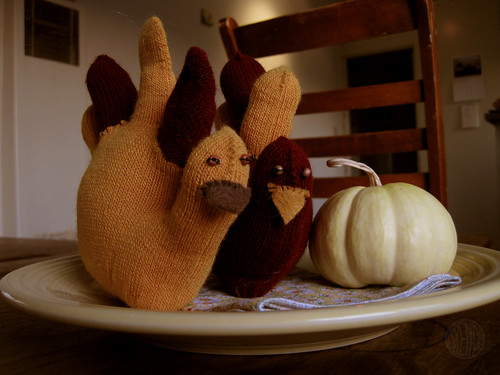 My mom and I were at the 99-cent store the other day, doing I don’t know what, and I spied these 99-cent gloves. I’ve actually seen them everywhere: the drugstore, the fabric store, the dollar bin at Target…it makes me wonder why there is such an influx in cheap one-size-fits-all knit gloves. Is it because they are made in China with lead-based yarn and everyone is trying to get rid of them before we clue in? Or is it just because in Southern California nobody needs gloves…unless they are dressing up as a mime or something. 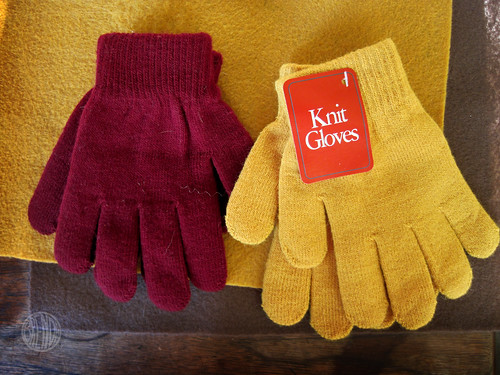 Who knows. I don’t really care. I just saw them in some interesting fall-ish colors and thought, hey we could stuff these and sew them up to look like Turkeys, and of course my mom was all in for that. We almost even fought over who was going to sew them first. I won because I thought it would be good blog material. My mom likes it when I blog regularly. (Hi Mom!) 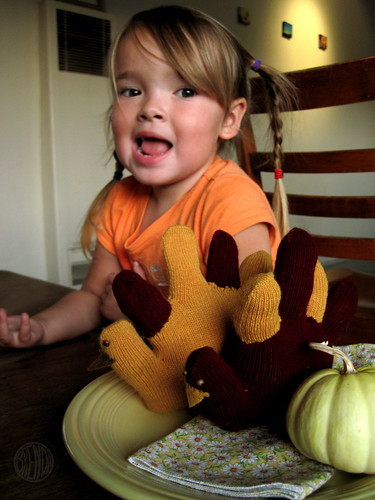 I guess it’s been done before but I thought you might still like to see my version of knit-glove turkeys. I’m calling them “glovurkeys.” They turned out kind of cute. Kind of lumpy and silly and missing their dingle-dangle wattle thingys. 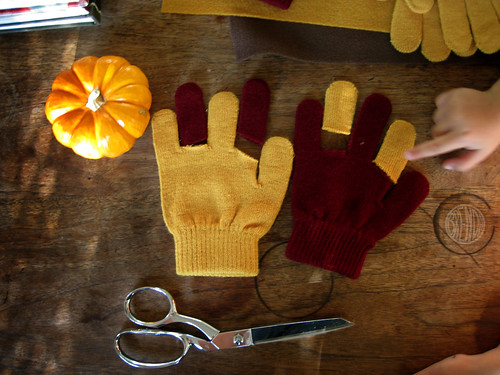 If you need directions, all you do is buy two different colors of gloves. Cut off two fingers from each and swap them. Sew them back together inside-out. Turn them right side in and then stuff them. 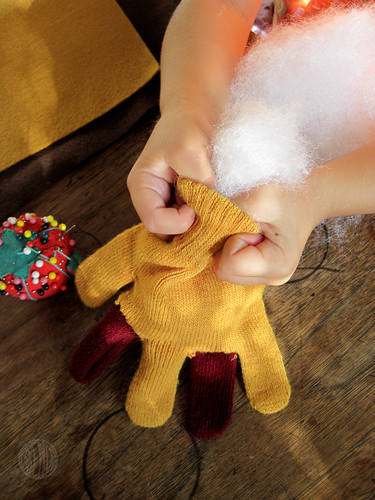 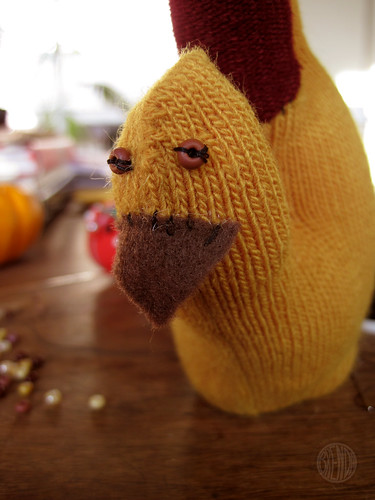 Sew on a felt beak and some beady eyes and voila! You have a glovurkey! Mine were a little top-heavy and wanted to tip over so I’m thinking if I did this again I would stuff a rock in the bottom for weight. Other than that I think this is a pretty simple fun craft. You could even make enough for every place setting for Thanksgiving and hang funny signs around their necks with each guest’s name written on them. 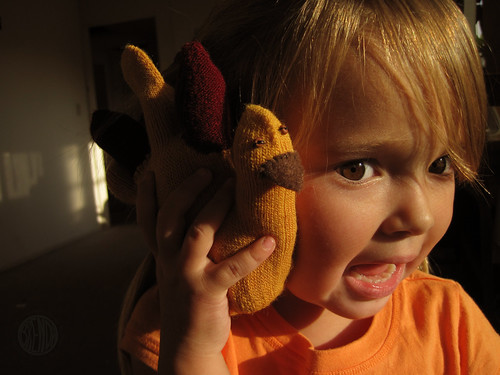 Or you could just let your kid play with them like I did.