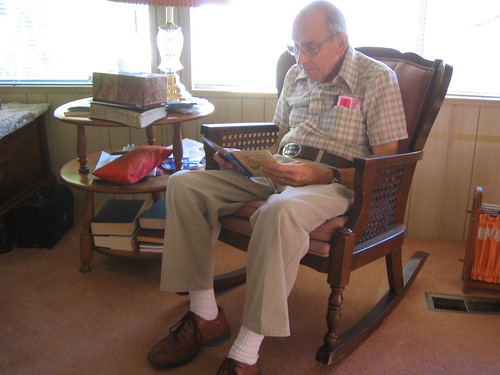 When I’m out in the sticks visiting my mom, I often walk over to the retirement home that my Grandpa lives in around the block and have coffee with him. Coffee is free and I usually need a cup pretty bad since my mom is not a coffee drinker. It’s a perfect time for us to visit. 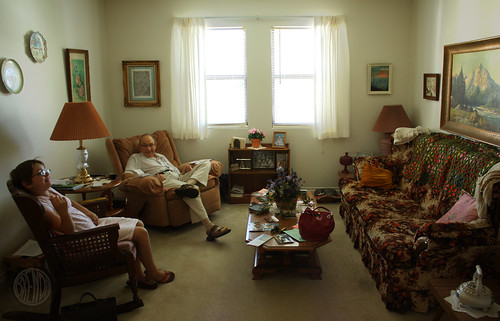 Sometimes my Grandpa tells stories about the two years he was stationed in England during World War Two—little gems here and there. You never really know what he’s going to share with you. 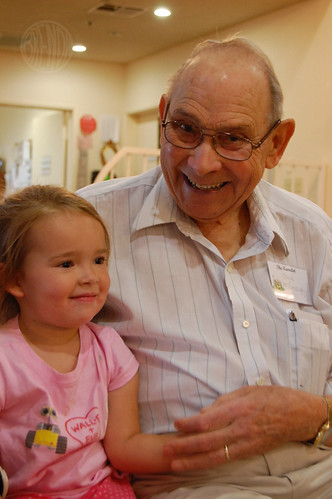 My Grandpa wasn’t a war hero or anything, in fact he never even really got to serve. He was trained to be an air traffic controller but he was one of three guys ready for the job. The other two guys worked out so his services were never needed. When you ask my Grandpa about being a war veteran he always kind of shrugs sheepishly because he pretty much did nothing but kick around London for two years. Not a bad life for twenty-something-year-old. 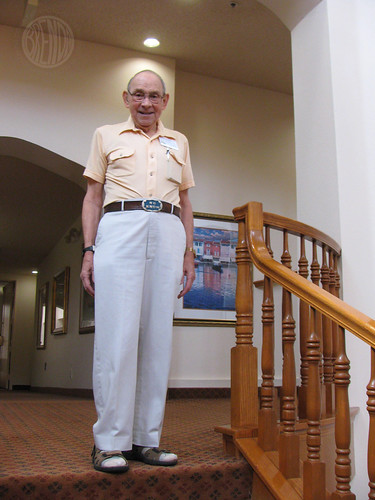 Today my Grandpa told me the story of how he got drafted. He was living with his mother and her new husband at the time and he wasn’t really getting along with the new husband. Apparently they had a disagreement over how to build a fire. I know how men can be about building fires. I’ve seen Toby and his brother disagree over the art of fire-building myself and believe me there was some tension in the room.

Anyway, I guess the new husband thought he could build a fire by stacking up newspapers flat and then setting the logs on top. Even I know that won’t work and I’ve never been a girl scout. So when my Grandpa corrected his stepfather I guess things got pretty uncomfortable. It’s hard to imagine my Grandpa being confrontational. He’s not a fighter at all. I’m sure he decided to leave long before they kicked him out.

That day my Grandpa walked down to the Army Recruiters office to see where his name was in the draft. The woman who worked there couldn’t find his file anywhere and told him to go home and count his blessings. That is where my Grandpa says he went wrong. He confides that he got to talking to the woman. She was a good looking girl and I guess things got a little flirtatious. It’s funny to hear my Grandpa tell these stories because my Grandpa isn’t really the flirtatious type. He is charming though. I will say that. 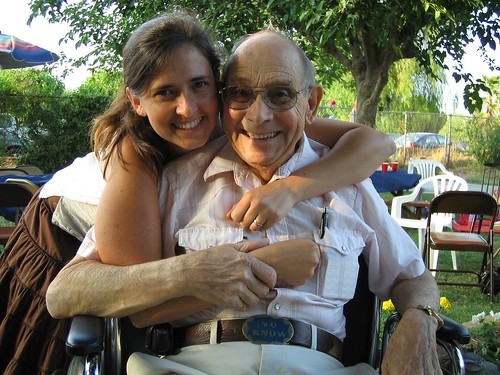 They got to talking and he stayed too long. Eventually she found his file. It had fallen down behind her desk drawer. He was shipped off to England two days later. Funny how things work out. 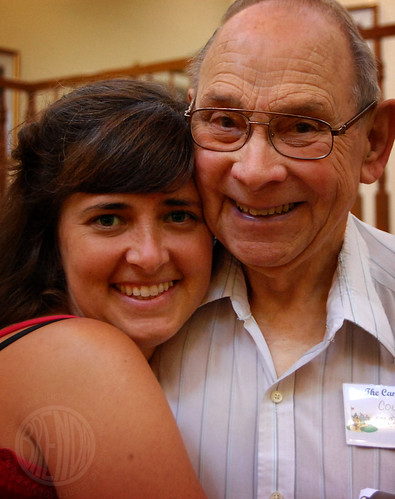 But I’m glad my Grandpa spent two years in England. He fell in love with my Grandma during those two years. They had only just met right before he shipped out. I think my Grandma was even seeing someone else at the time but they decided to stay in touch with letters anyway. They wrote letters every day. It makes you wonder what might have happened if things had happened differently.