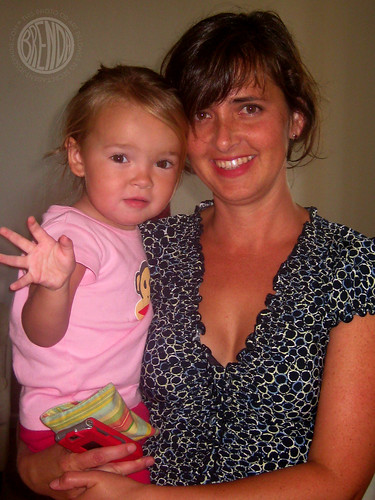 Apparently I’m the only crazy one who is already posting blogher photos on flickr and waking up at 5am not able to sleep because I’m ready for some more fun already. I just can’t help it! I’m an internet addict! I’m just sneaking a leeeeeeeeetle post in really quick and then I’ll run back upstairs and cuddle with my Bug so she’ll never even know I was gone.

Which, from what I hear from the awesome babysitters, was really no big deal. Mom gone? Who cares! They say she was good all night and only had one little meltdown—which of course happened while she was on the phone with me. But I’m not so sure. I babysit all the time and my standard answer when the parents get home is, “They were great!” even if they were holy terrors.

Actually, I do believe them. She didn’t even cry when I left. It was really weird. I thought for sure she would and I would have a heart attack when I closed the door on a sobbing toddler. But I didn’t have to! She was off and running with her cousins somewhere and barely had time to look over her shoulder and smile when I blew her a kiss. Maybe all those talks we had about me leaving her with Grandma really worked. Or maybe her cousins are just really really fun. She takes after me after all and is very social. 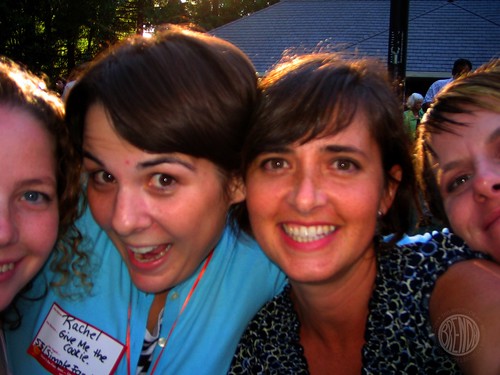 Hah! Can you get any more social? I’m taking photos of myself with famous bloggers! I’m also cutting the heads off of two people on the ends. In my defense, this photo was shot hand-held (I forgot my long handle tripod thingy…Doh!) but still. How rude! I was going to take more but the light was low and my borrowed camera (my mom’s) was crapping out with a weak battery. So my photos pretty much sucked. CC has good ones some though. 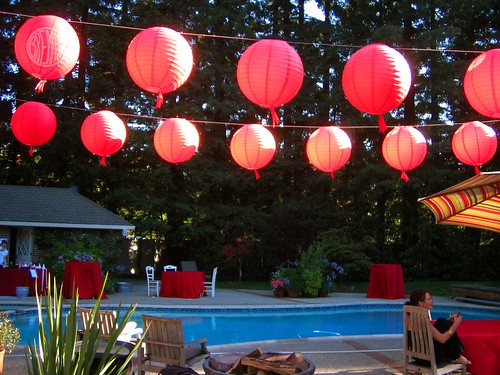 These photos were taken at the Kirtsy Alltop party at Guy Kawasaki’s house. What a nice guy to open up his backyard like this. It was so pretty with the sun setting on those red globe lanterns. I wish I had taken more time to take more photos. But of course I was too busy chatting to a zillion people (and the camera was crapping out).

It is the strangest thing to meet so many people that you already “know” in your virtual world. Sometimes I feel like my virtual world is bigger than my real world and I’m going to get sucked into my laptop like a cartoon in Roger Rabbit. Many of the exchanges were great and conversation flowed like we’d known each other all of our lives but some others were painfully awkward and I felt like such a goober. I want to rewind my words, take notes and then play them back in a different order.

I’m already hearing the rumors that the parties are clique-ish and I just want to jump up and down and say, “No they aren’t!” We’re just all shy and stupid and these things take time. CC told me that I unknowingly turned my back on someone just as they were about to say hi to me and I’m feeling HORRIBLE!!! I had no idea! Good thing CC’s got my back. She’s such a trusty sidekick. Hopefully, we’ll find that person today at the conference and I can assure them that I am actually not a thoughtless snob. I’m just distracted! 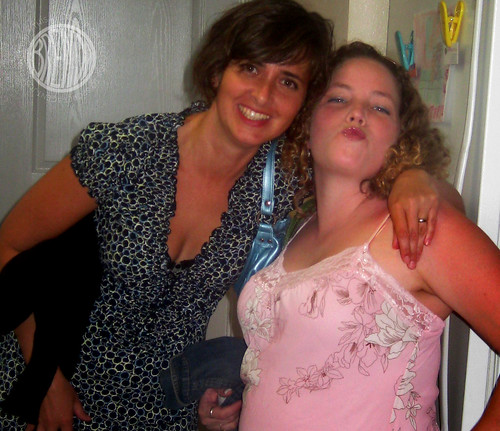 So anyway, that was our night. It was super fun. Maybe later I’ll go into more details… like this super cool typewriter and how we went to Chipotle afterwards. But I can see the sun peeking through the blinds so I better rush off and give Baby Bug some cuddling time before I’m off to my second day!