I’m so proud of my new couch cover I think I’m going to go fall off a waterfall. I know that doesn’t make sense but ever since I was a little kid and I learned that verse about pride going before a fall, that’s the visual I always get. I think I saw a comic strip about a pride of lions walking in front of a waterfall and it’s stuck ever since. Strange how my brain works. 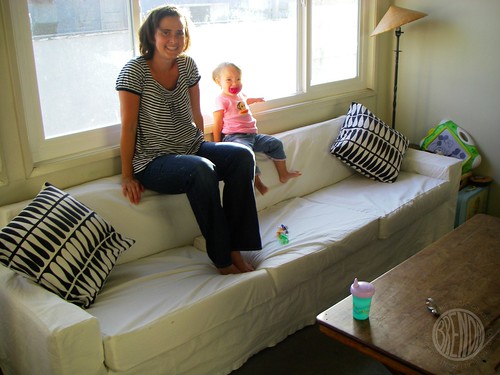 Anyway, I’m DONE!!!! It was totally hard and I had no idea what I was doing the whole time but it’s done! I knew I could do it and I did. It’s not the best job. The corners don’t match up and some parts are not sewn all the way. There isn’t any piping (way too hard for me) and it is still wrinkly but I love it! Every inch. It really is true that you learn to love what you’ve suffered for. 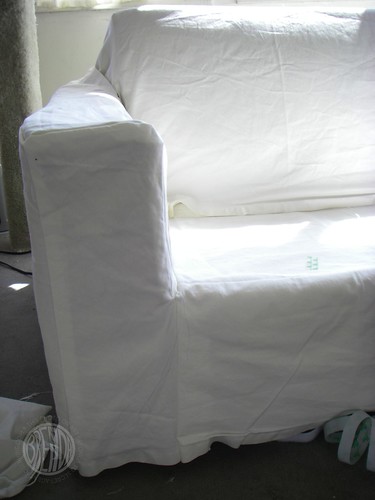 It looks like crap if you look too closely but it’s better than the old sheet we had draped on it. I love this couch because of its long lines. I think we’ll keep it forever. Someday when we are long past the days of leaking sippy cups and sticky fingers, we’ll probably have it professionally reupholstered. 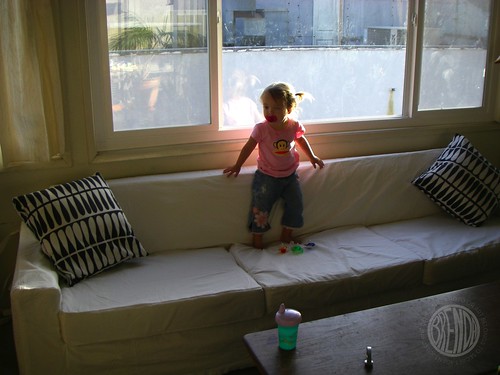 Did you know I bought it at a garage sale for $25? I think I wrote about that somewhere in my old archives. My old roommate and I were walking along, saw it and bought it on the spot. Then we wheeled it down the sidewalk all the way to my house.

It has really pretty white flowery silk fabric underneath but it’s beyond repair. It was threadbare when I bought it and the cats have finished up anything that wasn’t. But I don’t care. It’s the lines that matter to me. You can’t find a couch that long and low anywhere. You can sleep two people foot to foot on it! 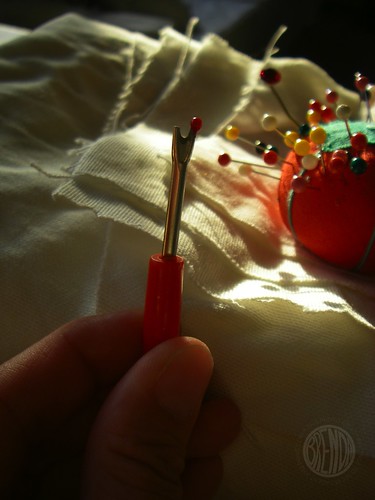 My seam ripper got quite a workout. Not because I ripped out a lot of seams (which I should have but didn’t because I am NOT a perfectionist) but because I decided to make ties on the back to hold the cover closed. I don’t know how most people turn their little tie-pieces inside-out but I used my seam ripper and it took forever! It took me the duration of an entire Ellen show to do all twelve pieces. It also broke my seam ripper. 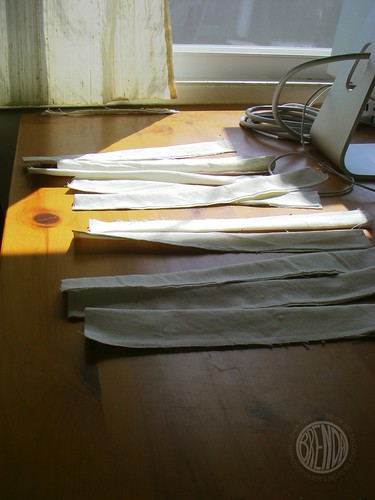 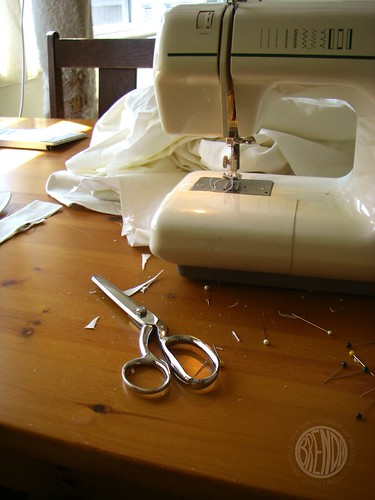 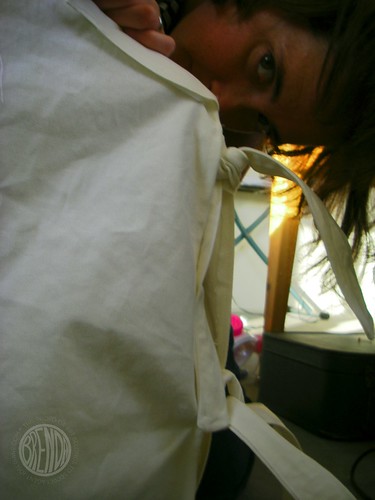 As I was sewing the very very last piece (a piece of velcro that I used to hold the two pieces of the cover together), my sewing machine went THUNK and broke. It’s something internal. The needle went sideways (probably hit a pin) and then stuck. It wouldn’t go up or down. Just stuck. That poor machine, I think I killed it.

I’ve been needing to take it in to the shop anyway. The spool holder has been broken for years and I’ve been rigging it by sticking a shish kebab skewer in the bobbin threader hole. If you aren’t familiar with how sewing machines work, this blog post has got be as boring as reading a car manual but you get the picture. I rigged it with a skewer. That’s all you really need to know. 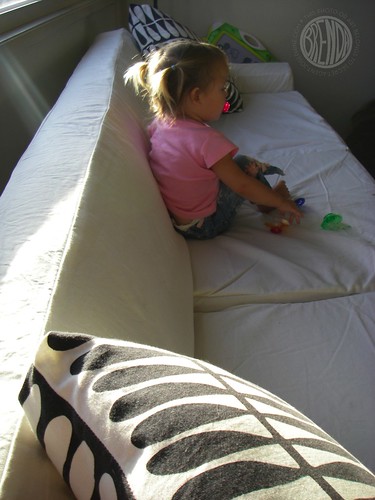 After this project I can afford for my sewing machine to be in the shop for a while. I don’t care if it stays there for a month! I am just happy to be done done DONE!!!