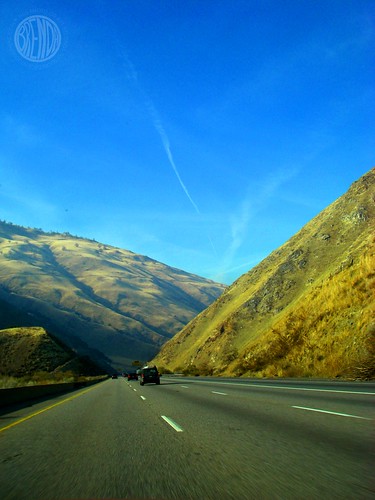 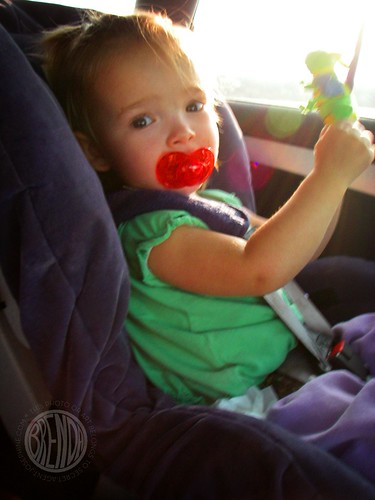 We also made a lot of stops so Baby Bug could get out of her torture chamber (car seat). Even though we hate that Toby is a smoker (cough cough, hack hack), it is kind of handy that he needs to take smoking breaks every four hours or so. Of course if I had the choice I’d much rather suffer with cramped legs in the car and have him live a few years longer but that is sort of moot point. I’m just glad we were able to stop along the way and get the wiggles out. 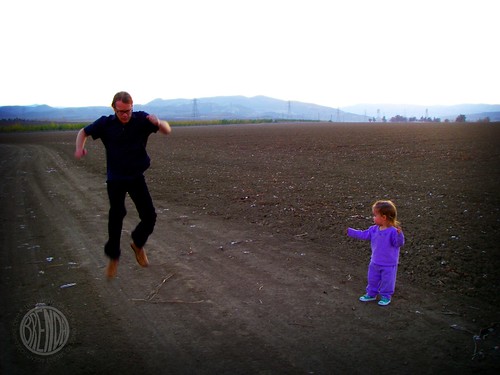 Speaking of Wiggles! Guess what we listened to in the car? The Wiggles! I can’t believe that Toby put up with it. He hates catchy commercialized tunes. He even got a chuckle out of Baby Bug singing “Hot Potato” as loud as she can in her super duper toddler voice. It’s amazing what a little child can do to a grown man. He didn’t sing along but I saw the sides of his cheeks scrunch up from my back seat point of view. I just thought I better put that down for posterity. It may never happen again. 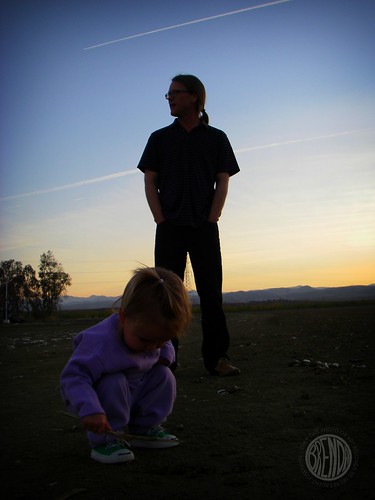 He’s a good dad…. and a good husband too! I might as well go with this for a theme because Toby really scored some brownie points with me on this trip.

This time the trip was different (besides the fact that we now have a toddler that we never had before). Toby played travel agent. It was sort of a behind the scenes Christmas gift to me that I really really appreciated. He usually asks me to do the online researching for booking hotels and such but I just don’t have the time and brain power that I used to for this sort of thing.

So when he told me he had taken care of all of it I was filled with glee. A holiday trip AND secret surprise stays at hotels that I did not pick. I know to most people, that sounds like a recipe for disaster but I am a true adventurer at heart and the thought of not knowing where I am going to stay for the night (but still knowing that it will be pleasant and nice) is fun fun fun. If I wasn’t such a picky eater I would sign up for the Amazing Race in a heart beat. I want to travel the world someday! 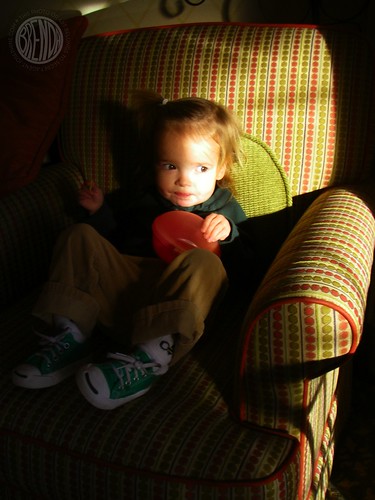 The first night we stayed at the Hilton in Sonoma Wine Country. It wasn’t super snobby fancy but it wasn’t the Motel 6 either. It was really really nice. Ever since we had that horrendous stay in a Motel 6 in Vallejo where some drug dealer called us up on the phone in the middle of the night and said he could see what I was wearing… we pick our hotels a little more carefully. That was the creepiest hotel stay I have ever had in my entire life. It even included mysterious brown poop matter and cockroaches. But enough about that. You get the point. It was really bad.

Not like our stay at The Hilton. Hiltons are nice! I couldn’t help thinking of the Hilton sisters as I sampled the fancy shampoo and admired the faux plein air paintings of local landmarks and cows. I wondered if Nicki or Paris helped their Dad pick any of this out. Probably not. But it was a fun day dream. 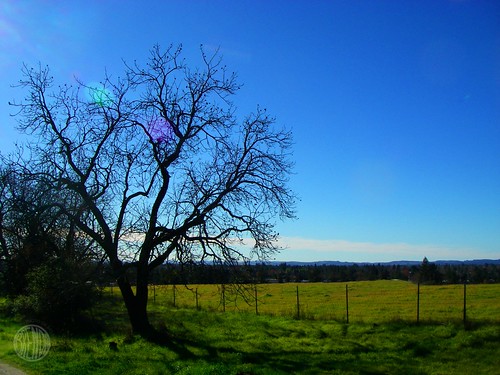 I don’t really care about hotels though. What was really fun about staying in Sonoma was waking up the next morning and exploring a little bit. Toby and I have toyed with the idea of moving to this part of California because it lends itself to the type of photography he does for a living. We aren’t set on it yet but we talk about it from time to time. 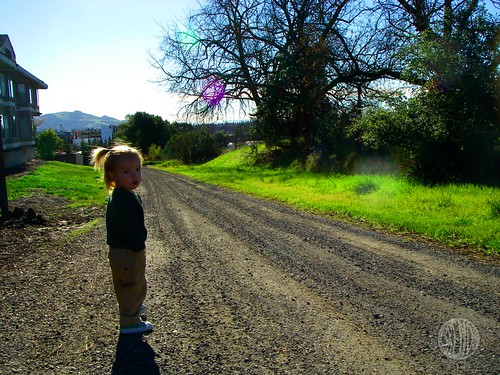 It was really fun for me to wake up early and take Baby Bug on a brisk walk in the crisp morning air. I imagined what it would be like to live here where the grass is so green and the sky is so blue. I know it might be a lot colder in the winter and a lot hotter in the summer but I think I could manage it. It’s very very pretty. I think Secret Agent Josephine could find plenty to blog about in wine country. Who knows though. We’ve talked about a lot of different areas around the bay area and north… I don’t think we’ll be moving anytime soon but it’s fun to think about. 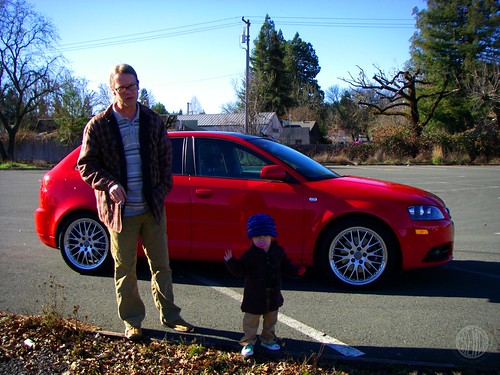 After a delicious breakfast (included at the hotel stay–hot dog!) we hopped back in the car and headed north. This last leg of the journey was definitely a lot easier. There is so much more to look at and the scenery is beautiful. We really appreciated the moon roof in our car as we drove through the redwood groves. I should have take a picture but it was too dark and blurry as we whizzed by going 90 miles an hour. I might try again on our way back. What’s the point of having a moon roof if you can’t take pictures out of it, right? 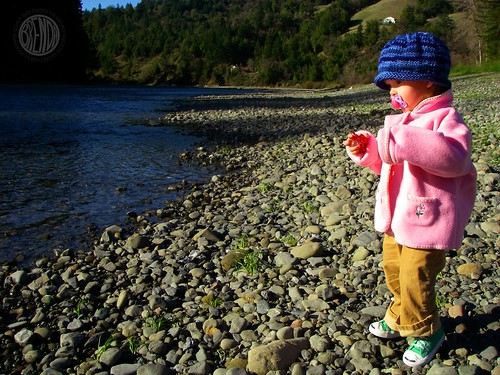 And that was pretty much our drive…with lots of stops along the way.

Next up: Christmas at the Grandparents: Baby Bug gets SPOILED ROTTEN!