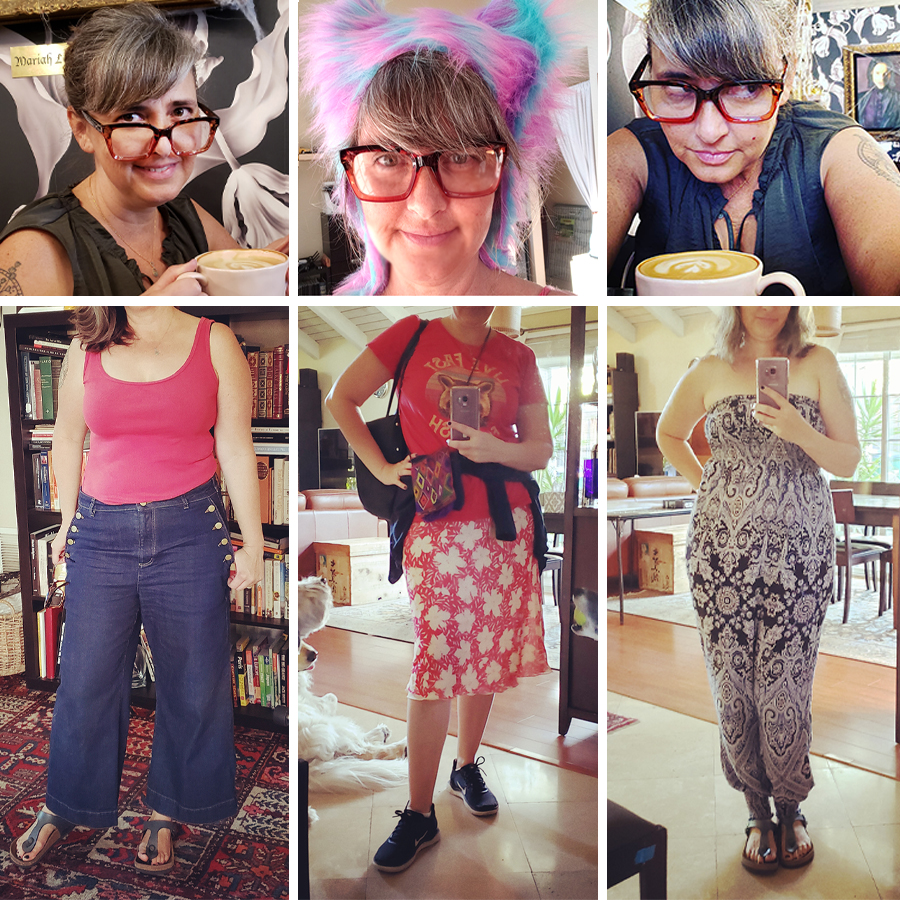 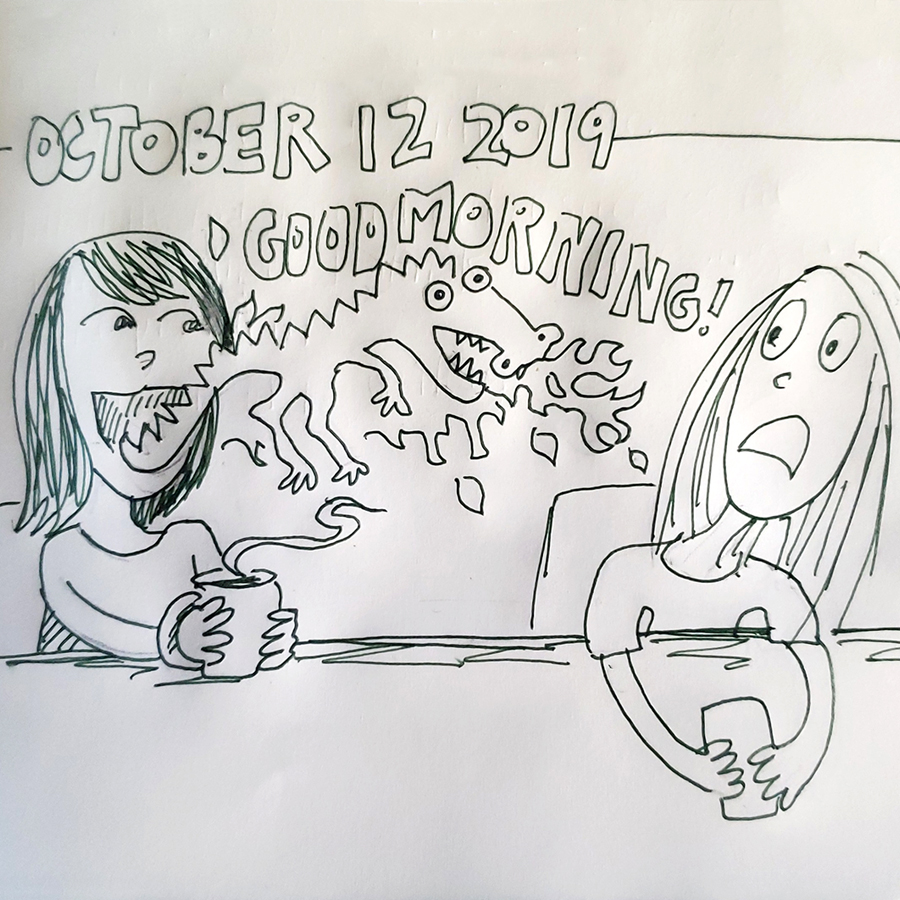 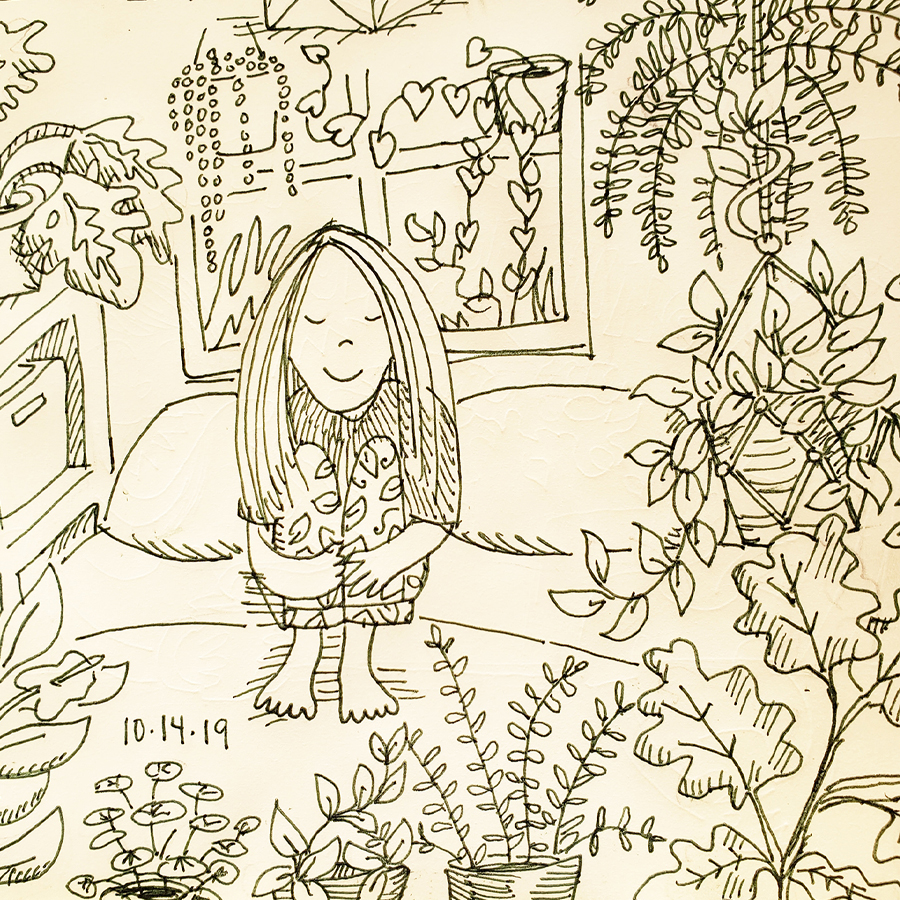 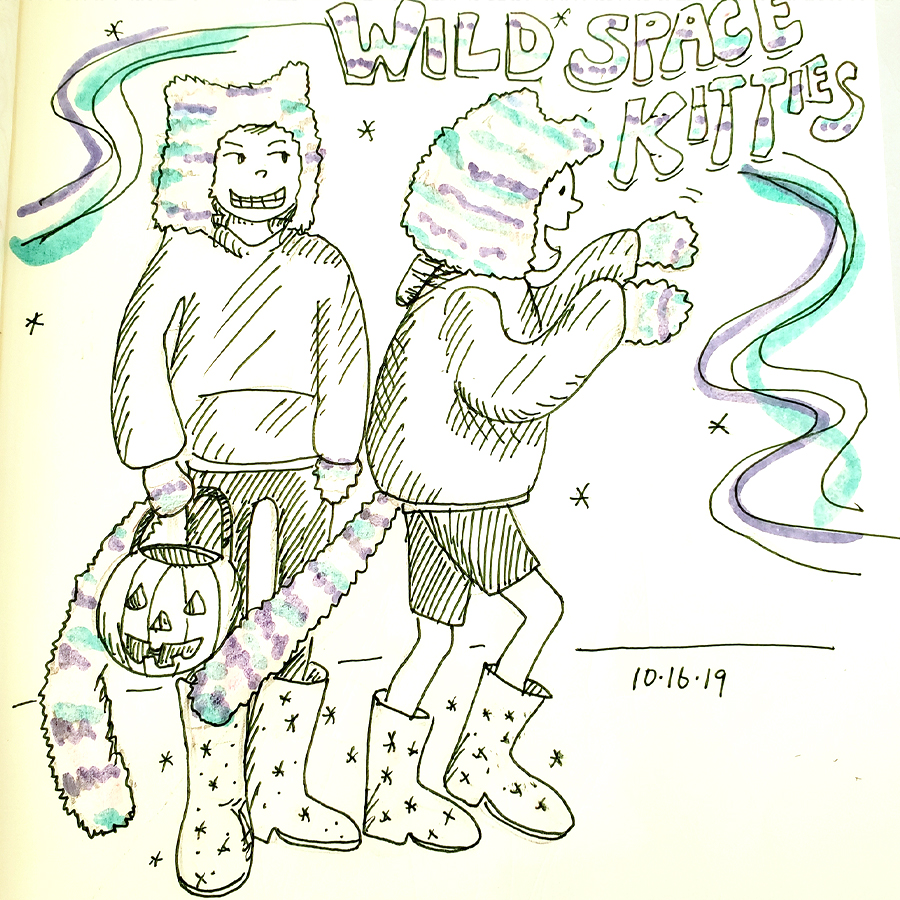 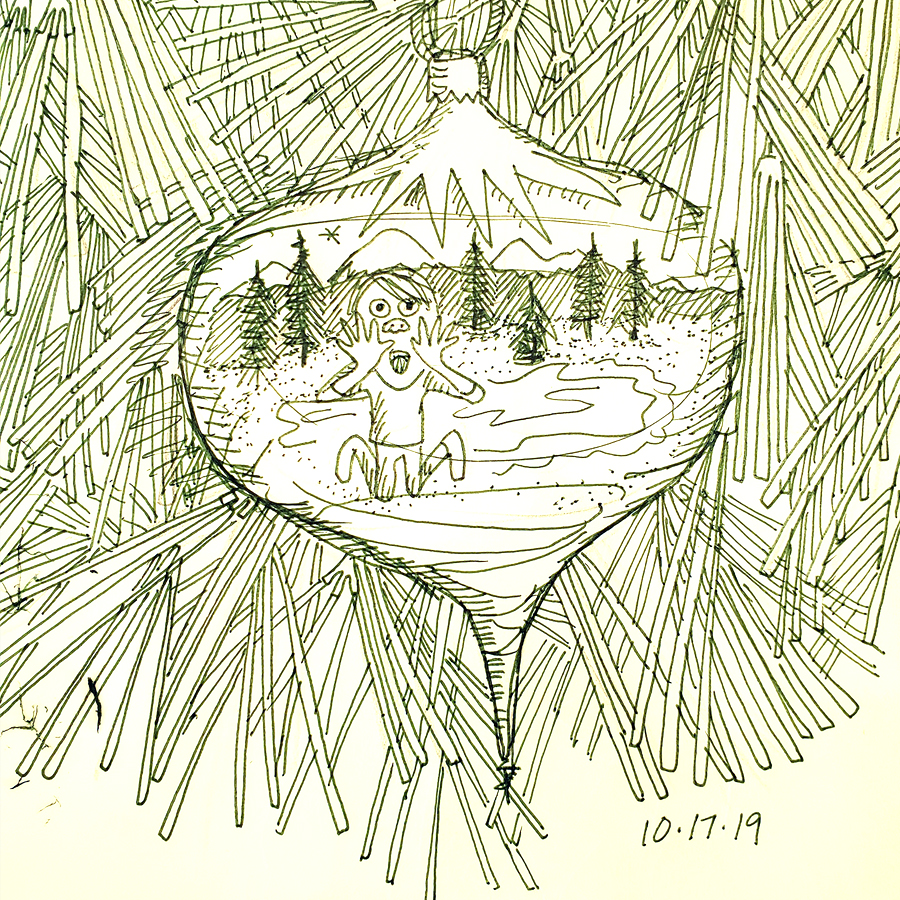 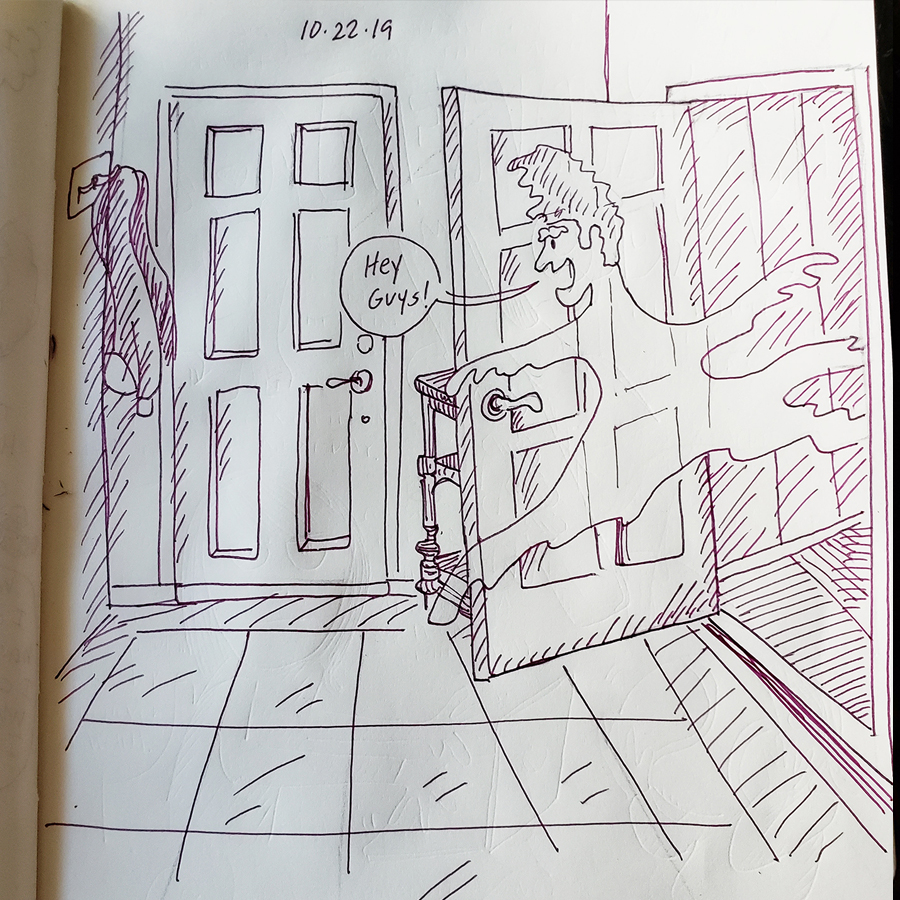 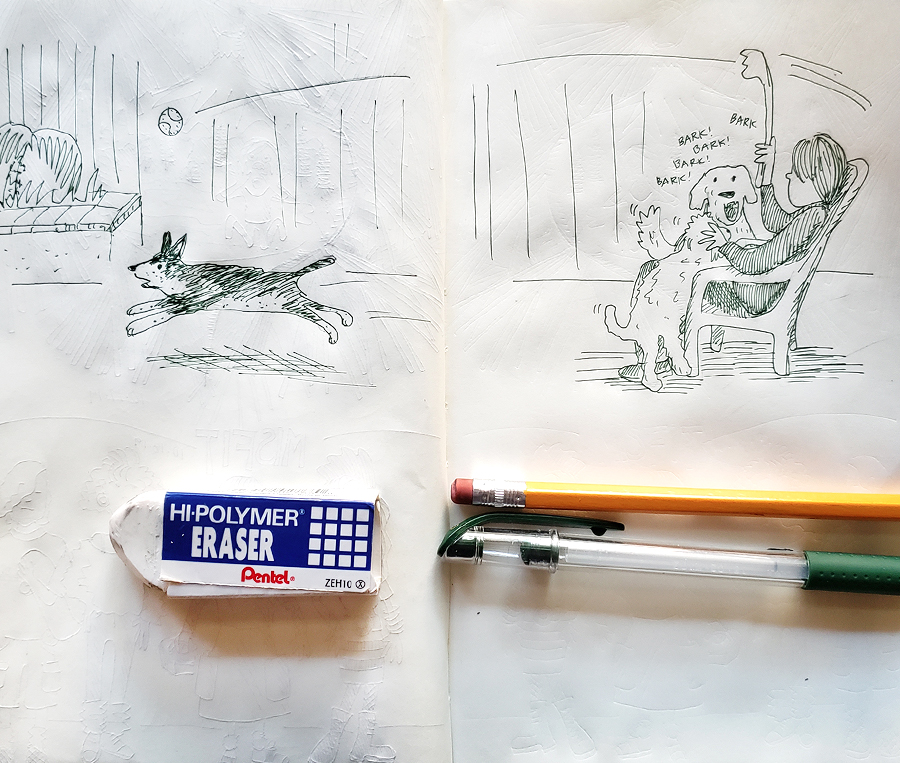 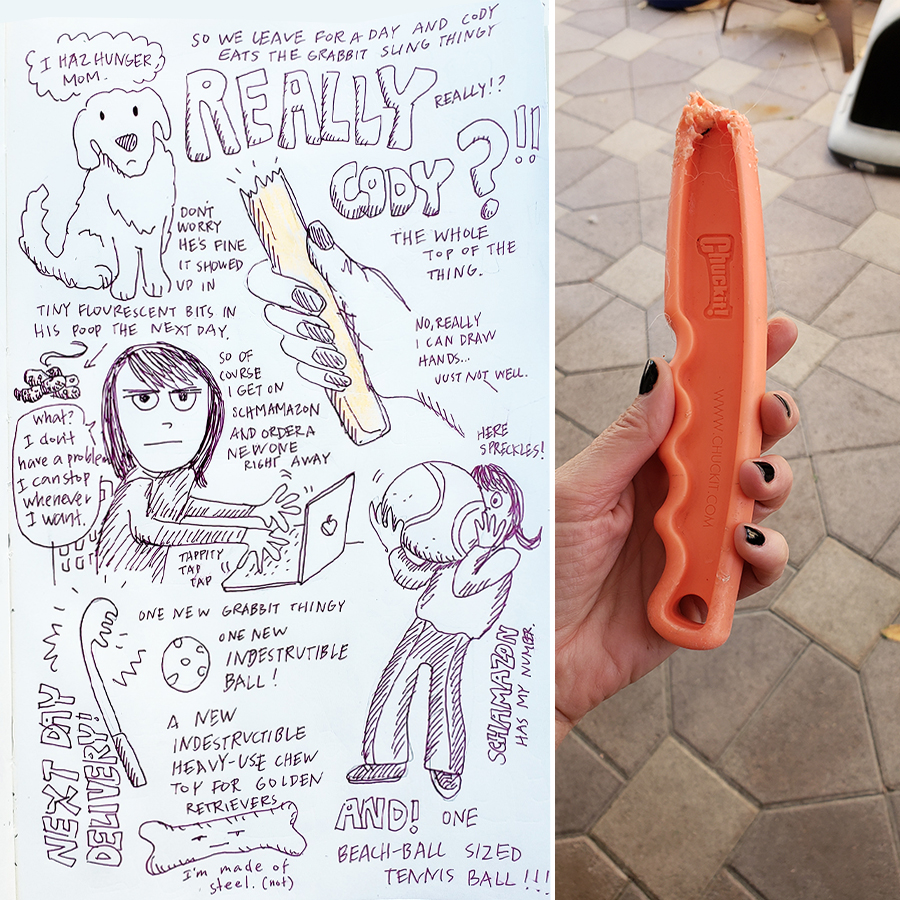 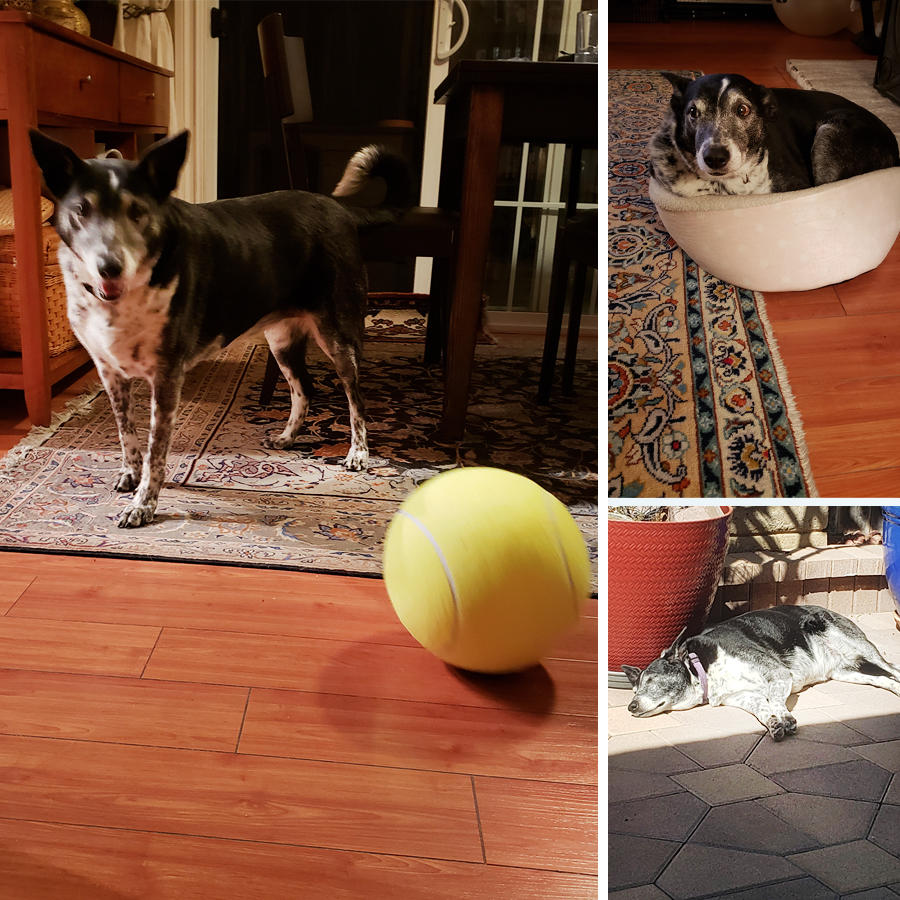 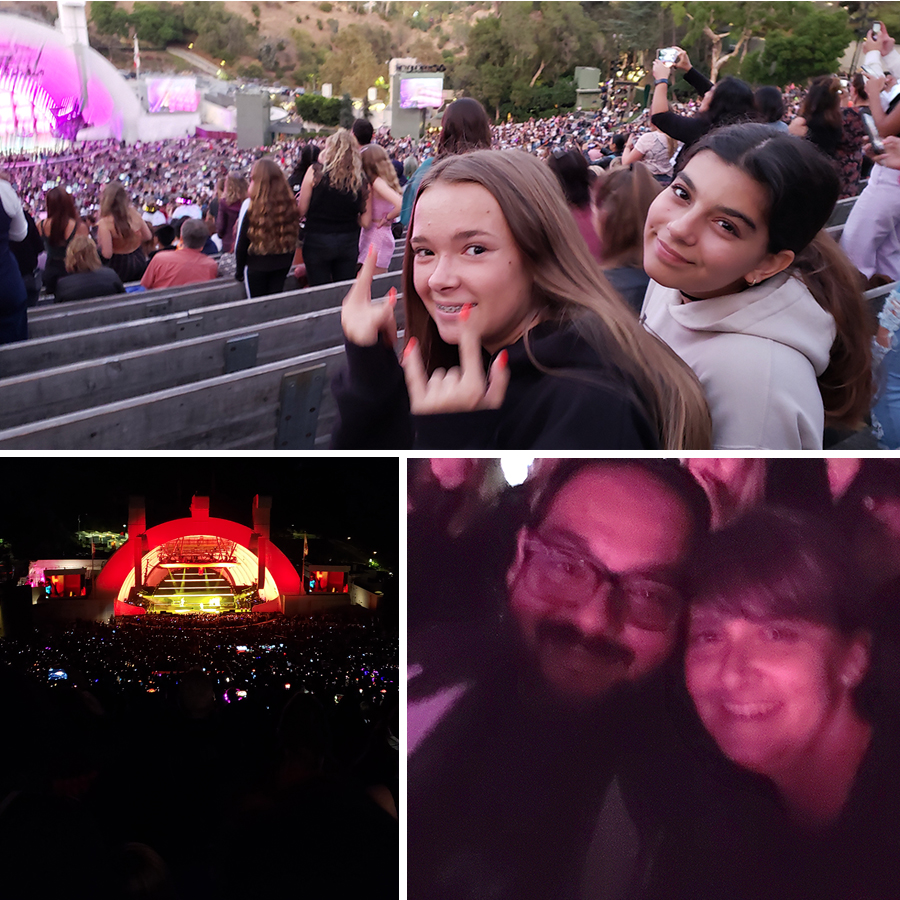 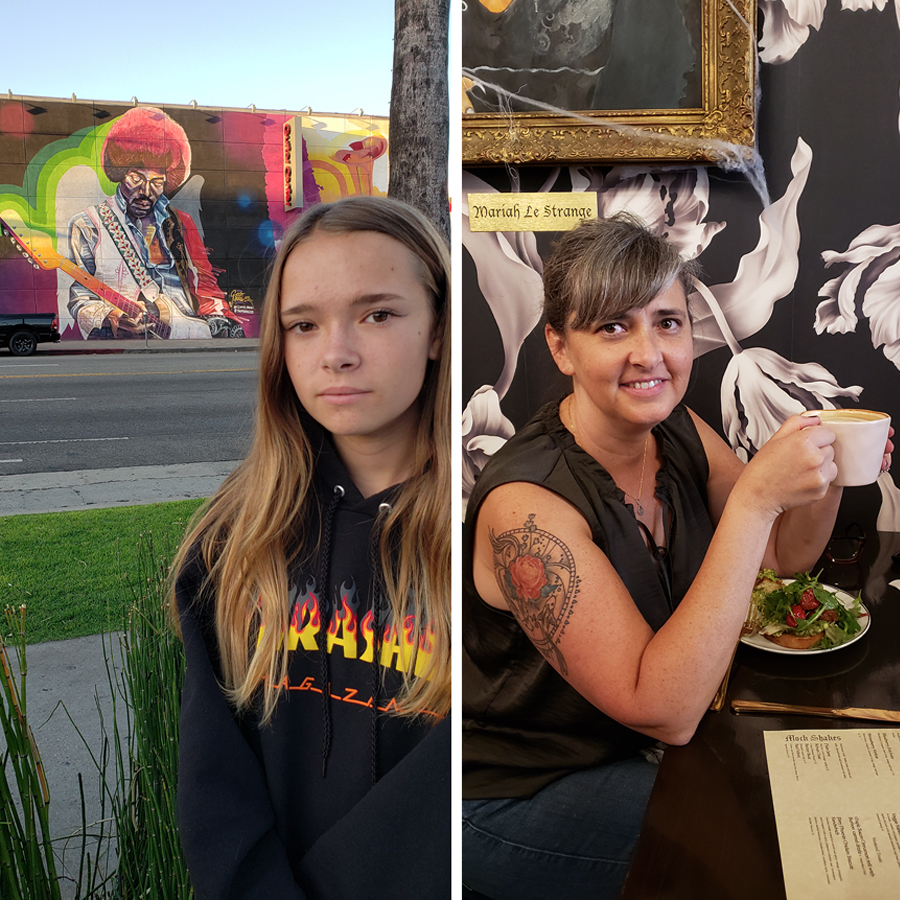 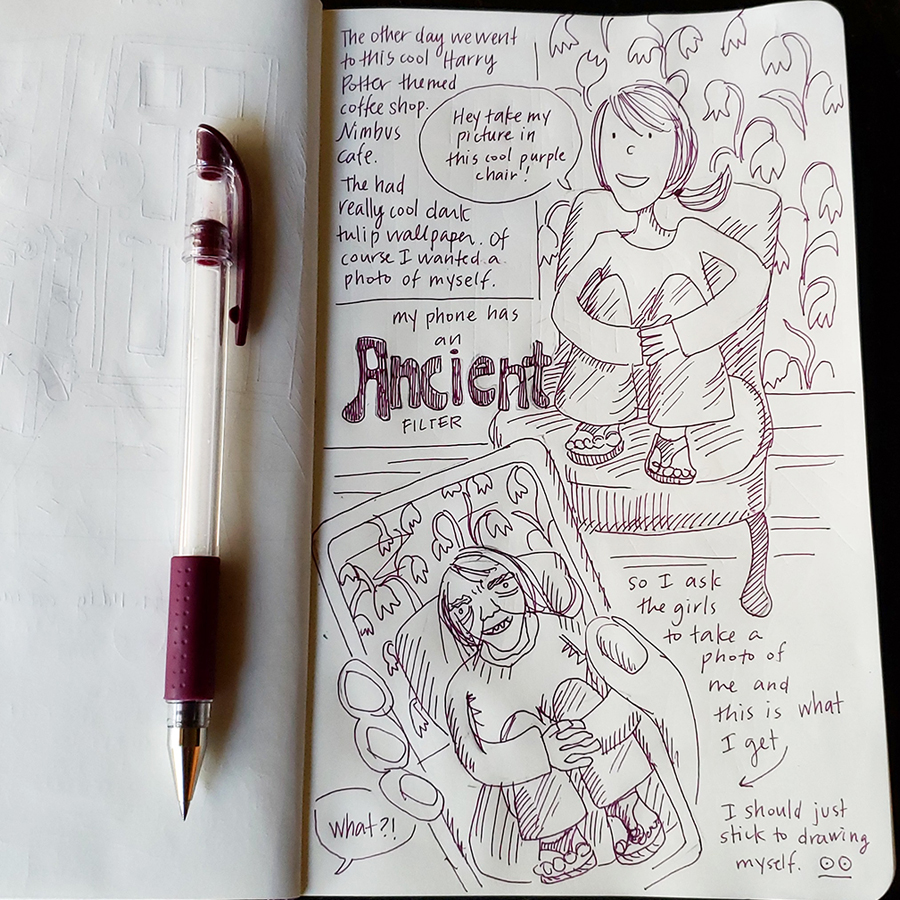 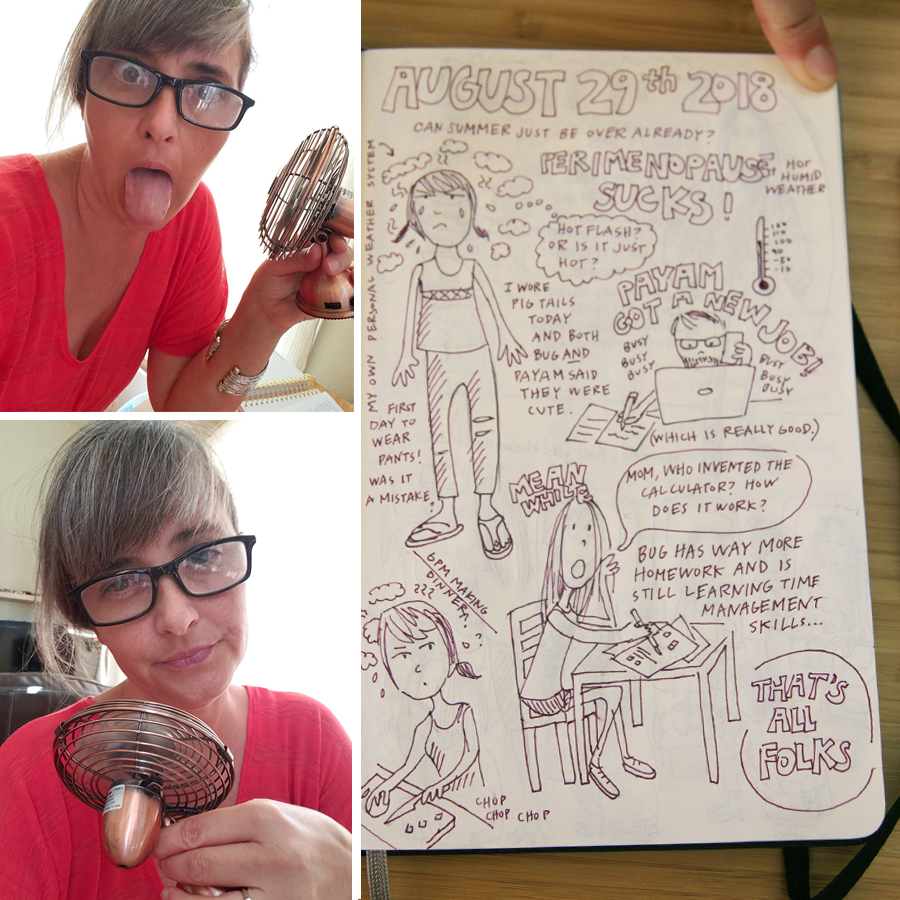 I didn’t really have anything to write about today so I thought I’d just put up some sketchbook drawings. (#noncommittaldailysajdrawings for those of you following along on instagram).

This year has been a really big year for me. So many changes!

The biggest change I’m experiencing is menopause. I now have my own personal cloud of humidity that I carry around with me on a daily basis. Have you ever experienced this? It sucks donkey balls. (Sorry dad. I know I should use another word but this is the most accurate.) I’ll be outside in the nice cool air, I might even have a sweater on, and then KABAMO! I’m sweating like I have a fever. It lasts a few minutes and then it floats off as if it never happened and I’m back to wearing a sweater and appreciating the nice cool air. So confusing! It was bothering me so much I actually went out and bought a small thermometer/barometer to keep at my desk so I could compare my whacky internal thermostat with reality. It’s bonkers.

I want to say I hate hot flashes but part of me is wondering if they are helping me burn calories. I’ve been losing weight lately and I’m not sure if these flashes are it or one of the other twelve things I’ve been doing differently lately.  I’m sure if hot flashes do burn calories it’s only 2 calories a hit but hey! it sure helps to imagine that is what is going on when you in the thick of a sweaty cloud and hating life.  I bet people would actually sign up for these stupid mini-fevers if they knew they were burning calories.

So back to weight loss: I seem to be losing weight after years and years of struggling and not losing any weight at all. Is it my diet that is much more plant-based than it ever used to be? Ask my kids.  I am a nut these days. I’ll rattle on about greens and fiber and water for days. Everyone is sick of me.

It could also be that I work out with weights regularly now (only two days a week so my ripped up muscles can repair themselves) and I walk the dogs all over the planet.  Cody has even lost 7 pounds which is good because he was putting on weight like only a golden retriever with a love language for food can.

Is it the particular blend of medication and vitamins I am on? I can’t really go into detail on this because it’s still private (I know, it seems like I share everything but I actually don’t) but it is a variable that could figure into the equation.

Anyway, it all adds up to a lot of healthy changes and outside of the hot flashes I am really happy about them. I finally feel like all those balls I’m always juggling are staying up in the air for a change and not dropping around me like rotten apples.

What else? Payam got a new job. The kids started school… All good!

We are so happy with Payam’s job. It’s super awesome and he’s happy. A happy employed boyfriend = happy life! Just kidding. Payam always has a positive attitude no matter what challenge he’s facing but I don’t. Having him in a secure job has significantly helped me with my anxiety. He always tells me that everything will work out but I have to admit I’m not always so sure. I tend to worry, doubt and fret. That’s my M.O. 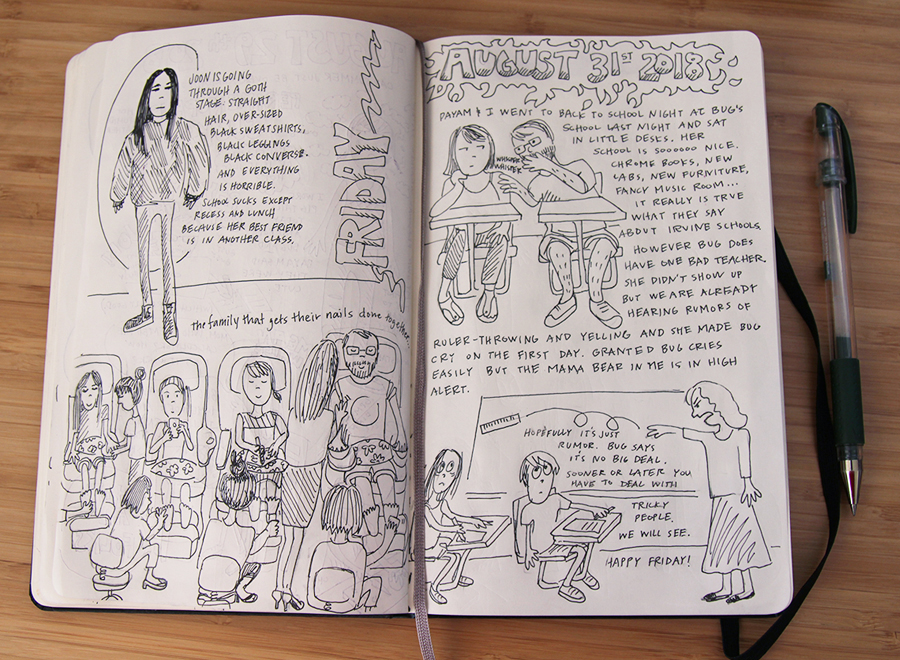 So yeah! Things are good! Kids are back in school. Bug has a scary teacher. I talked about that already.

We went to the nail salon as a family the other day. It was fun. Joon is into wearing black, what else is new? 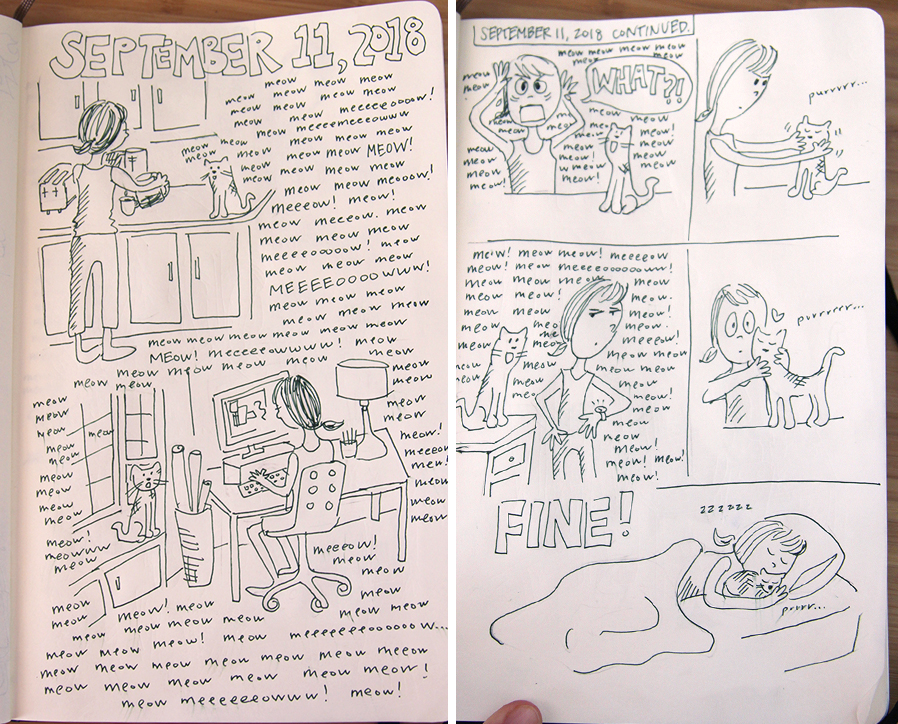 Ah yes, Kady. That blasted meow-ing cat. She meows all day long until I go and pet her and then lay down with her and pet her some more. Let’s just say I’ve finally become a napping person. I have never liked naps before. I hate naps! Until now. Maybe it’s a side effect of an anxiety disorder and menopause and not sleeping all that well on a regular basis. But thankfully I have Kady, my therapy cat. She is taking care of me in the most annoying way. I love her.