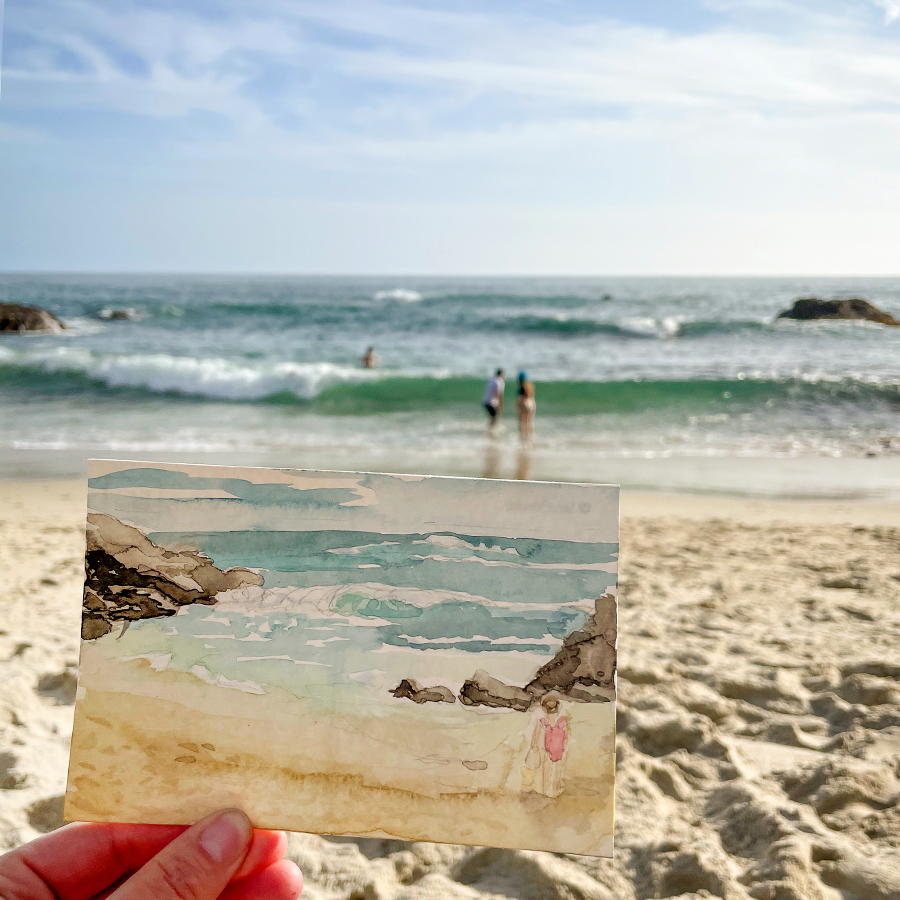 I was thinking. I don’t really need to say anything about this post. I can just put the pictures up and that pretty much says it all. :) 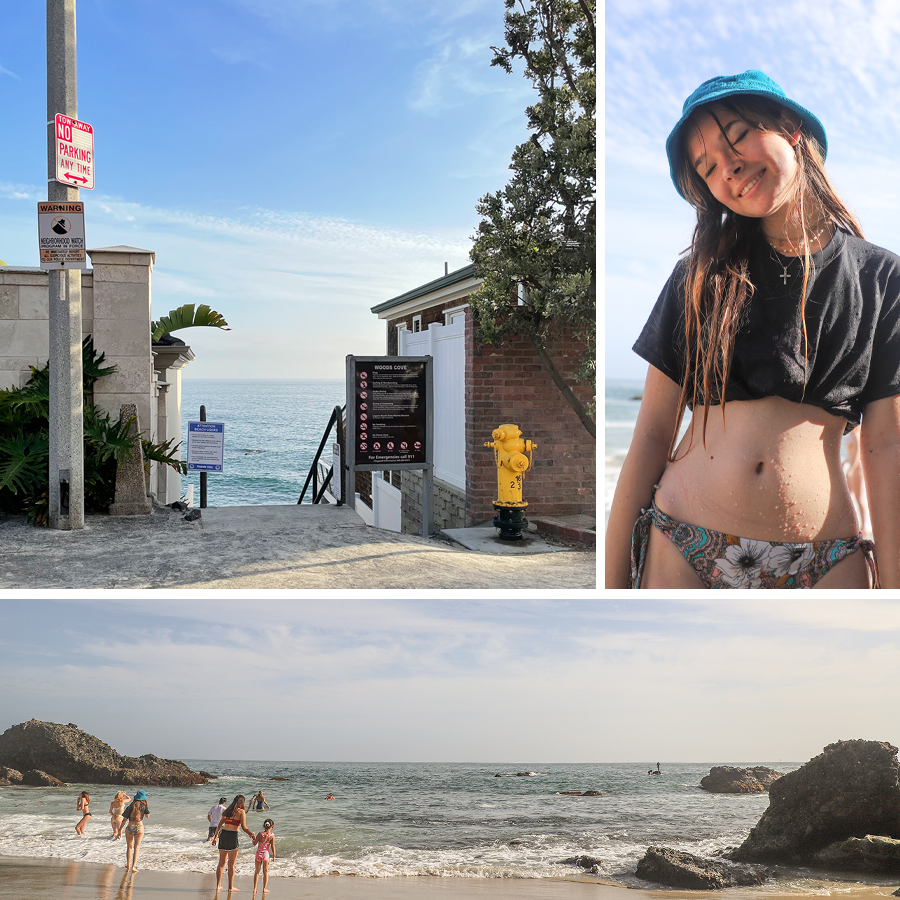 We didn’t intend to go to Woods Cove. It wasn’t on our white board list that I have scrawled about eight beach names on in black marker in the kitchen. We just ended up there. We drove south, found a neighborhood, found parking (a total lucky break) near some stairs to the beach and we went! 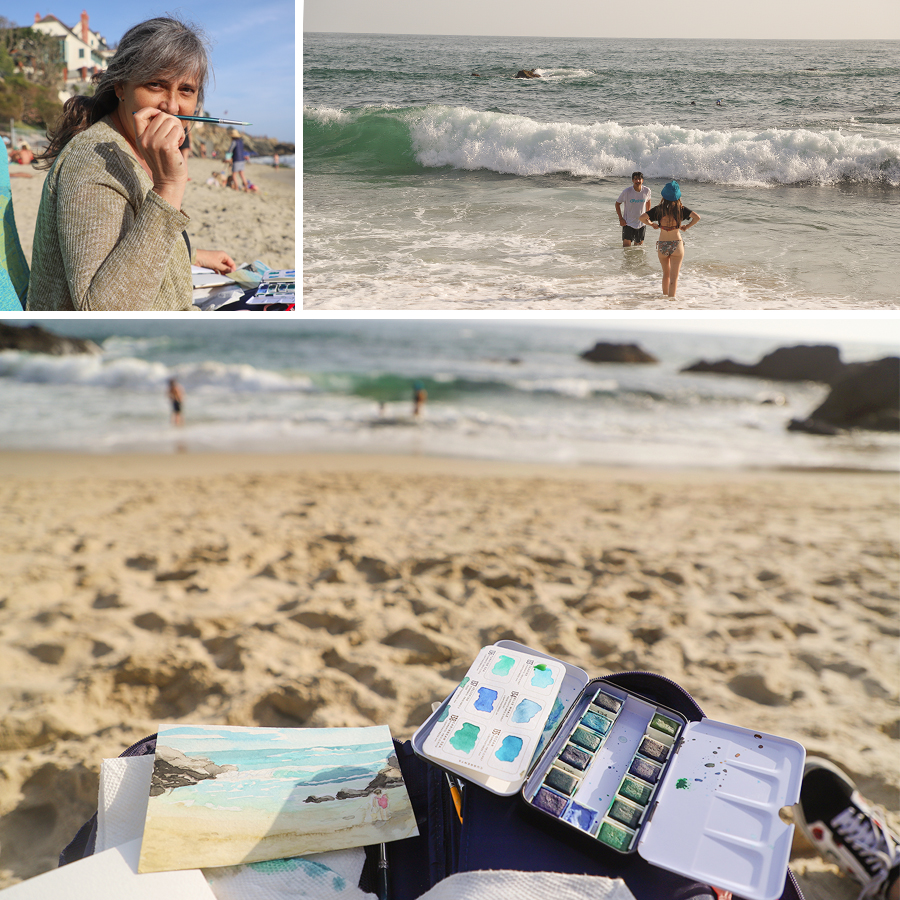 Joon and I parked it on the sand and I set up shop painting. 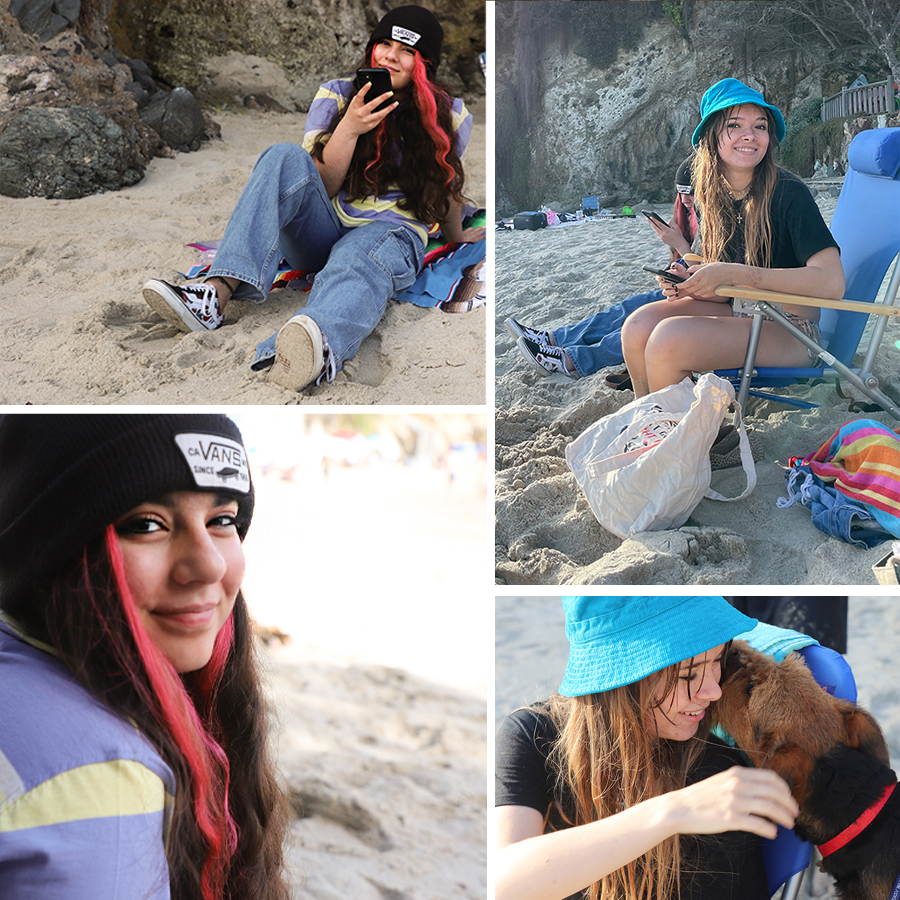 Poor Joon wished she had brought her swimsuit but it was an impromptu trip and we gave her no time to even think about it. At the time it seemed like it would be cold at the beach but you just never can predict how warm the sun will feel when you actually get there. Sixty-five degrees in the house can feel chilly but sixty-five degrees in the sun at the beach can feel perfect for sunbathing and then catching some waves after you’ve properly heated up. 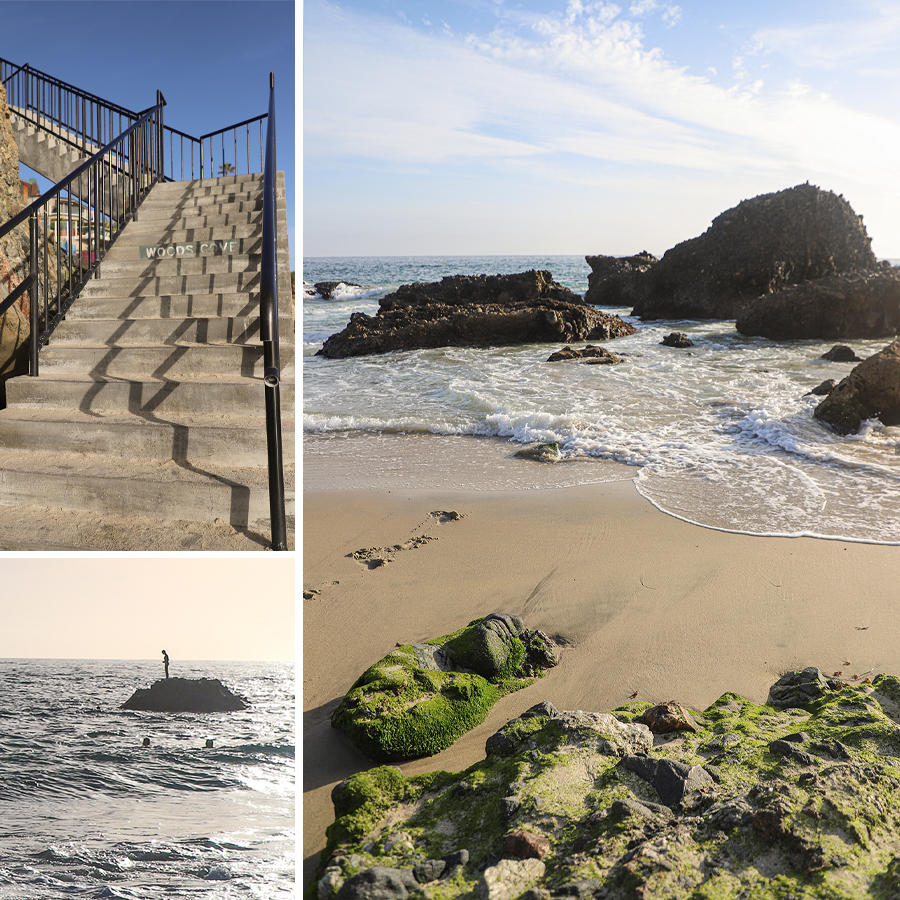 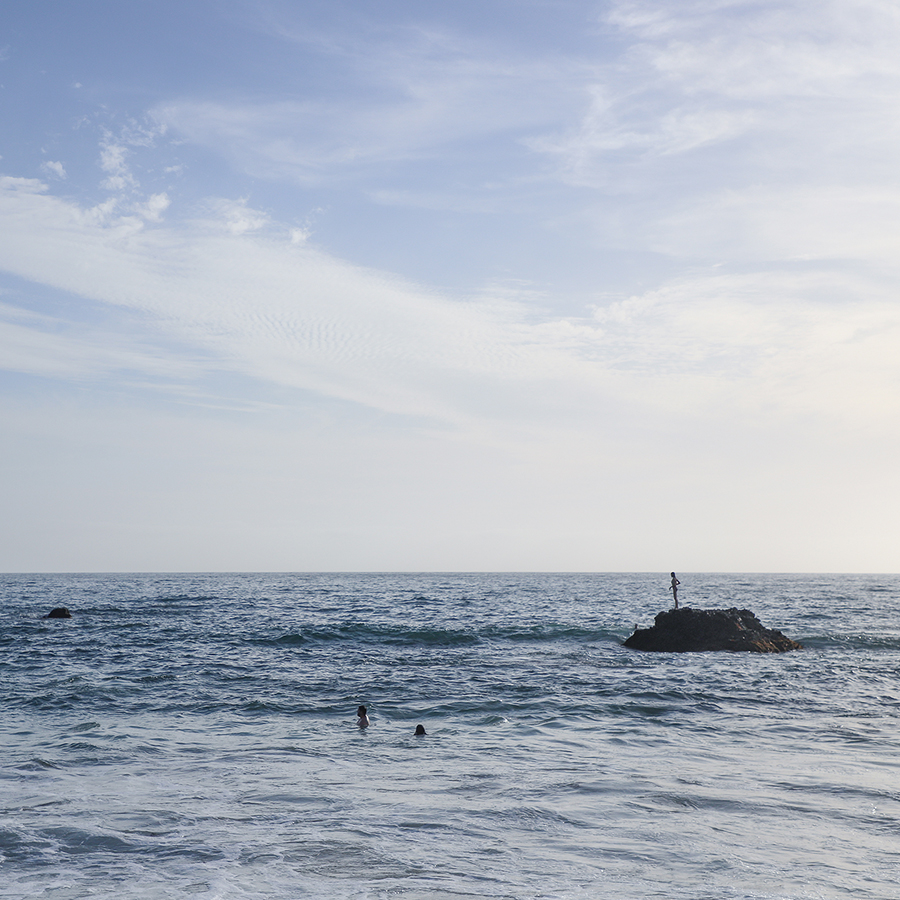 The waves were big at Woods Cove. I’m not sure if that’s because of the shape of the land and how the waves hit the sand or if it was just big wave weather that day. But it was really fun for Bug and her boyfriend to do a little bodysurfing. What was really cool was that there are really big rocks out in the surf that some braver swimmers swim out to and then jump off. Sometimes they are submerged completely in the water and it looks like they are Jesus walking on the water. I don’t know if I’d have the guts to play around rocks and waves but it was fun to watch. 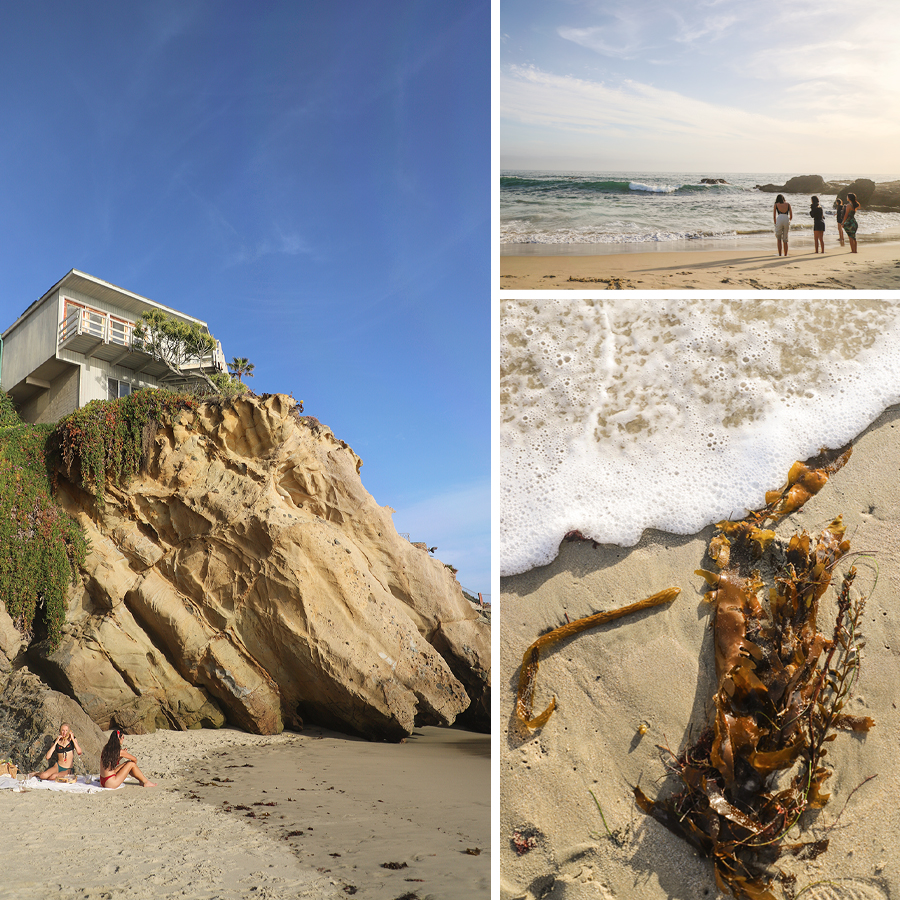 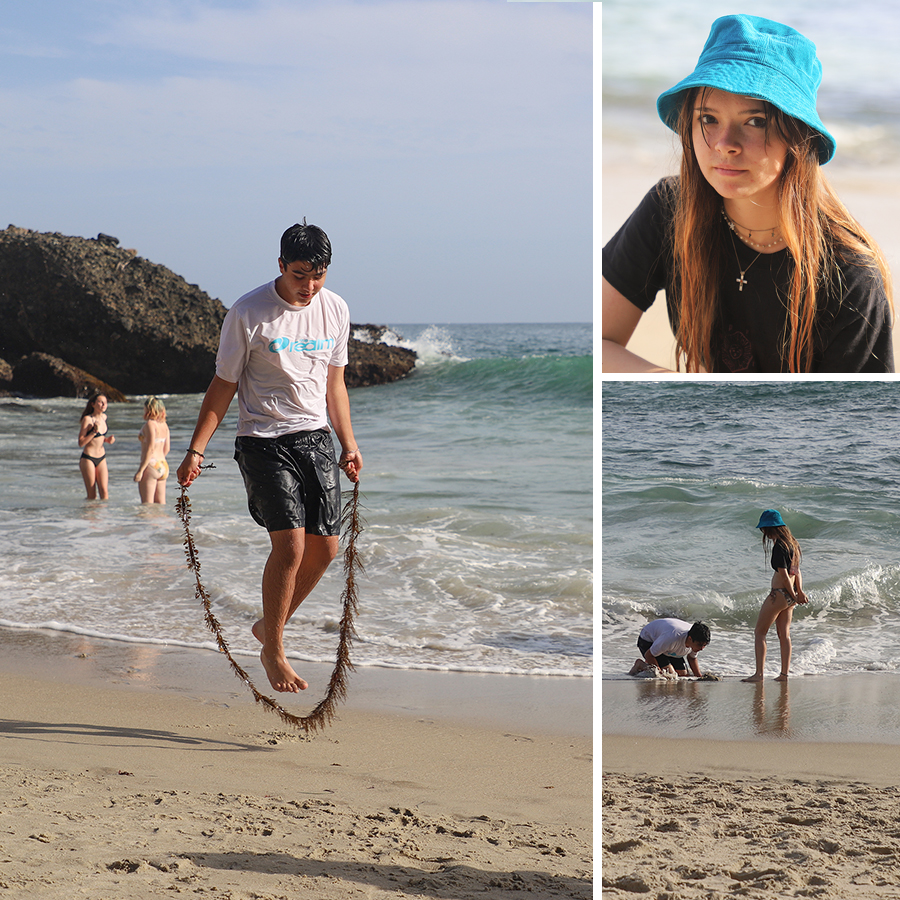 All in all it was a pretty good day. I really like this new bucket list tradition we’re up to. The kids and I agree that we don’t need to travel much this summer since we already live in a travel destination. 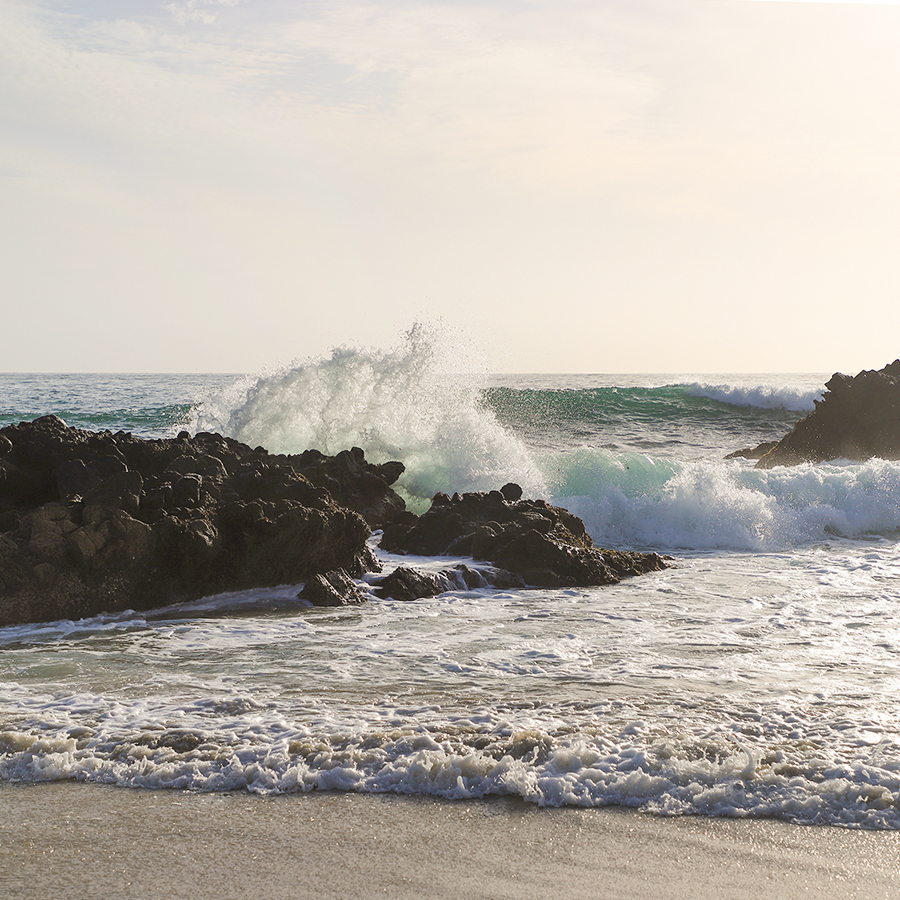 I take pictures and paint postcards. They play in the waves and sand. It’s not a bad way to while away the days. 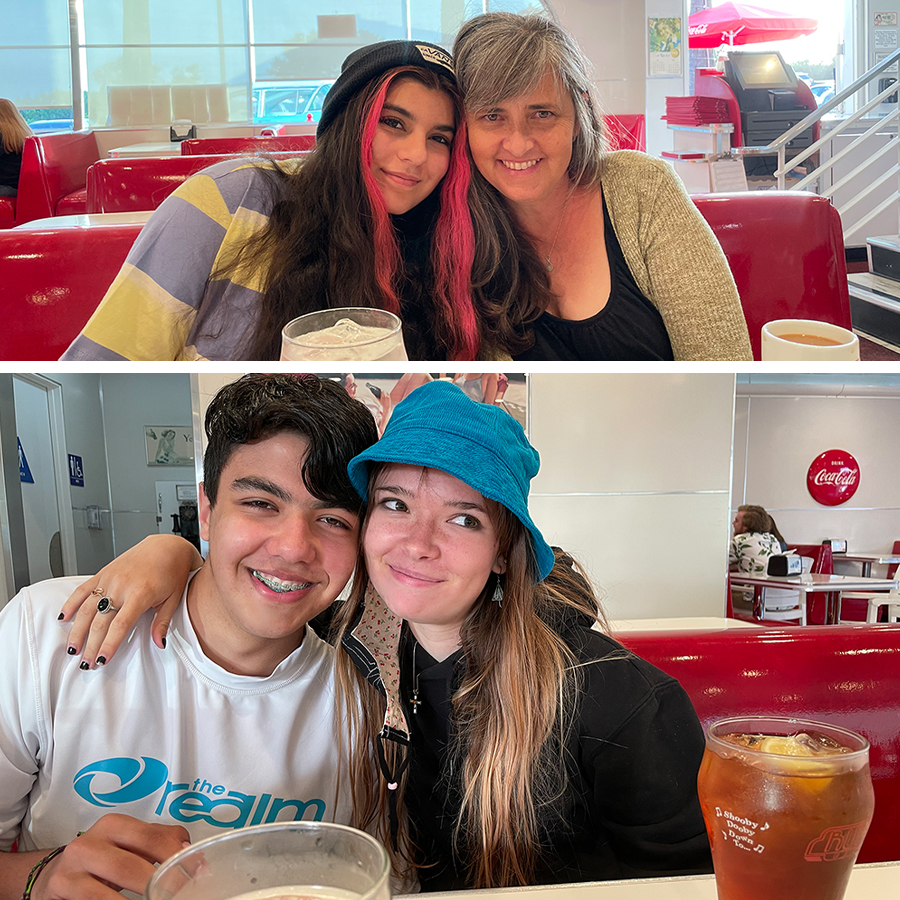 Afterwards I took them to Rubys and they ate their weight in hamburgers and milkshakes. Teenagers CAN EAT!!! 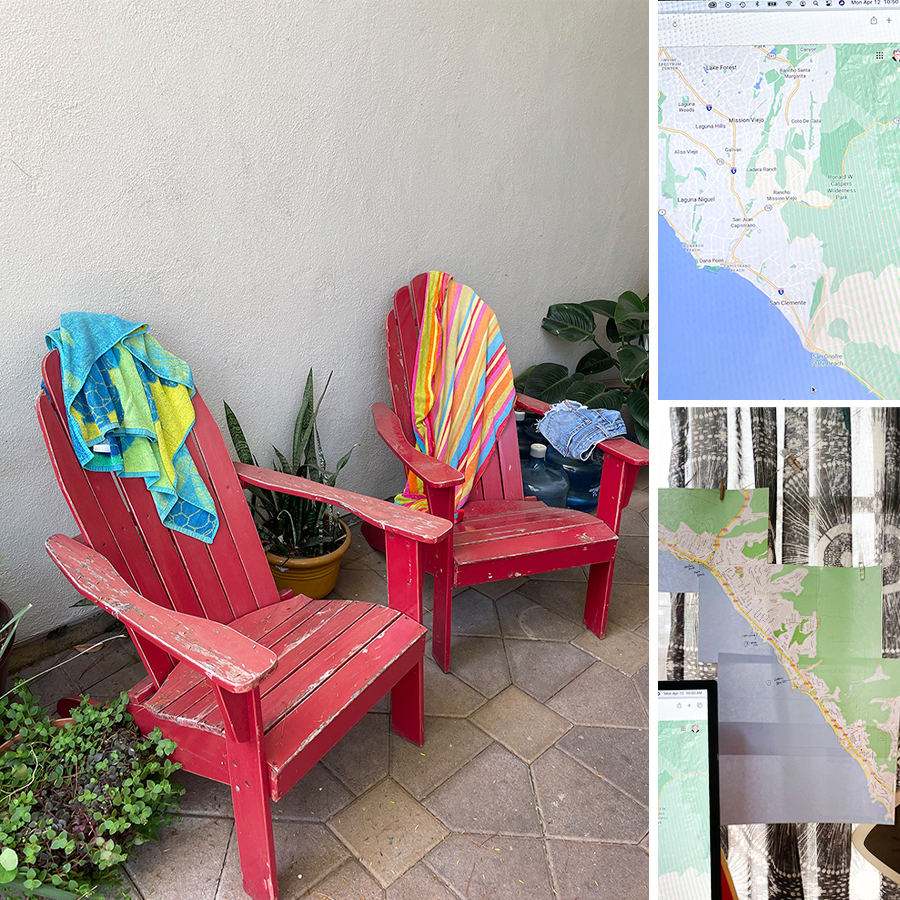 When we got back home the kids disappeared, each to their own world in their bedrooms and on their phones but they left behind the evidence of a good day. When I saw the towels and damp cut-offs draped over the chairs in our front patio I had to snap a picture because it felt so much like a good old clichéd summer snapshot. After the long pandemic winter I am so happy for summer, even though it technically isn’t here yet.