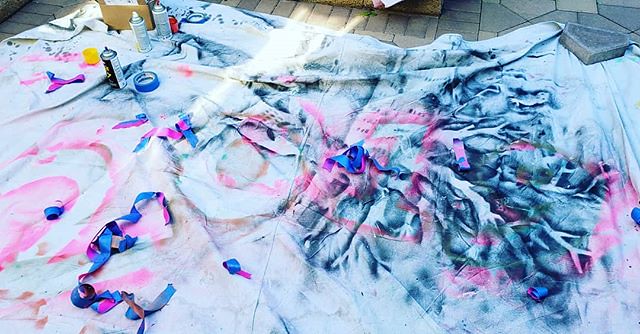 I got up early this morning and wrote in my journal for three pages. I heard on a podcast somewhere that if you are trying to find direction you should write three pages of whatever you want everyday no matter what for six months. Then, supposedly, at end of the six months you’ll have a much clearer picture of what you really want and what you need to do to get there. I’m probably bungling the idea but you get it roughly.

This appealed to me because it sounded a little like blogging. I love writing so any kind of prompt is a good idea to me. I figured I’d give it a try. I’m not particularly trying to find direction but I have been feeling unsettled inside lately. Maybe three pages a day would help me figure out what it is that is bothering me and how to fix it.

I sat in the early morning chill with the dogs at my feet and scrawled out words for three pages. I thought I was going to write about all the many mistakes I made during our annual New Year’s party. I thought I would catalogue every blunder, every conversation, cross-analyze them for all possible future criticisms from each and every person’s point of view and make some kind of giant dump of all the fear, hurt and uncomfortableness I feel on the regular. That’s what my brain does. I have been feeling a pomegranate-sized ache in my heart lately and I knew I needed to work it out. Journaling helps me do this. I also wanted to think about resolutions and make some plans for the new year. Maybe even scrawl out a bucket list of wishes and preventions for future anxieties. I’m making you tired just reading that, I’m sure. Welcome to my brain.

I sat there looking at my page, preparing myself for the hand-cramps that were sure to follow taking on such a laborious task and then I was suddenly overwhelmed by the awfulness of my plan. Did I really want to do all that work? There would be so much writing. So much chasing my tail with all the writing.

What if I just didn’t? What if I forgave myself for all the mini-micro errors that happened yesterday and just moved on? What if I didn’t apologize? What if I didn’t re-hash it? Do my friends and family really care? I love to be self-deprecating and all but at what point is it just better to move on instead of bringing it up?

I remember my Aunt telling me the story of the hostess who burned her cinnamon buns and never said a word to her dinner party about it. She threw the cinnamon buns in the trash and took a quiche to the table instead like it never happened.  She didn’t comment on the smoke. Nobody asked. It was like it never happened. A good hostess doesn’t apologize said my aunt.  I didn’t really agree at the time but I’m sure she meant it as a confidence-builder for me since I seem to over-achieve in the self-criticism department.

And then it came to me. Maybe this year my new year’s resolution will be to be quiet. A year of quiet. Can you imagine? I could stop attacking myself from the inside out. I could stop being such a chatter box who constantly bares her soul to the world. I could learn to be a good listener instead…This sounds impossible to me now, as I have a tendency to word-vomit, I’m terrible at keeping secrets AND I use social media regularly but maybe a year is a long enough time to really take something like this on. I’m not going to get my hopes up too high or anything but it’s something I’m thinking about.

Don’t worry, I have no plans of going on a writing hiatus or giving this blog up or sitting in a sunbeams in the redwoods mediating (though that does sound nice) but it is something I’m thinking about today. Maybe I’ll still be thinking about it in a year. I hope I can say at the end of a year that I know something about quietness and even better, I could say that I’m a good listener. That would be really awesome. I’m not so good at that right now.

Words off. Ears on!