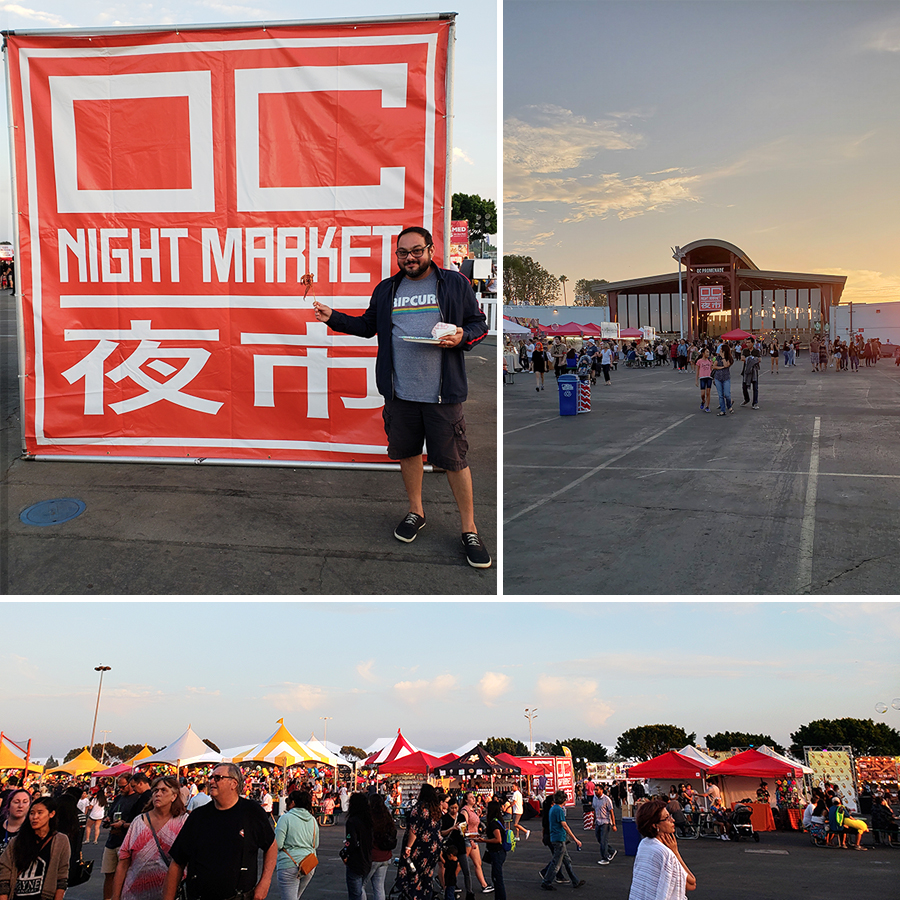 Payam and I hit up the OC Night Market last Friday. It only comes to town twice a year so I’m surprised I was actually on it this time. It was pretty fun. I wish we had brought the girls. 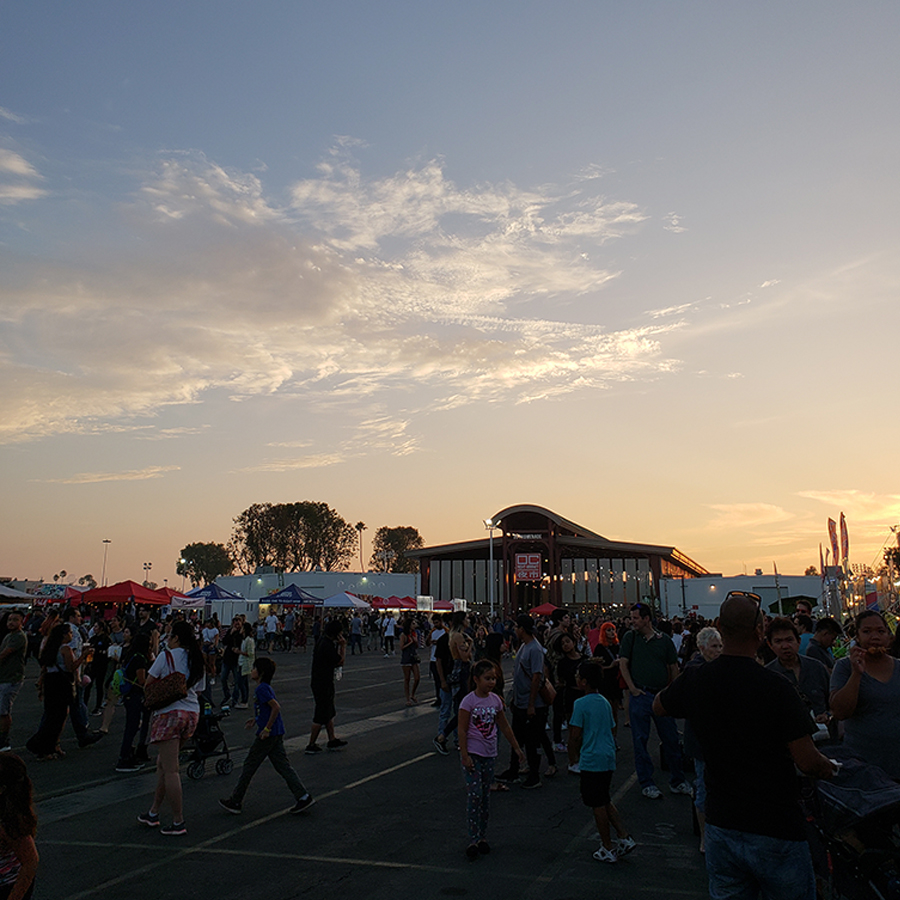 I’m not a super foodie or anything (which is kind of what the Night Market is about) but I do love to do anything outside during Golden Hour. It’s just so pretty! I feel like I used to when I lived at the beach and people would stay in their houses and completely ignore the ocean being magnificent right outside their door. So I make up for all the people ignoring the beauty and find myself completely entertained by the clouds and the show they were putting on. It was especially pretty that night. My camera doesn’t really do them justice. 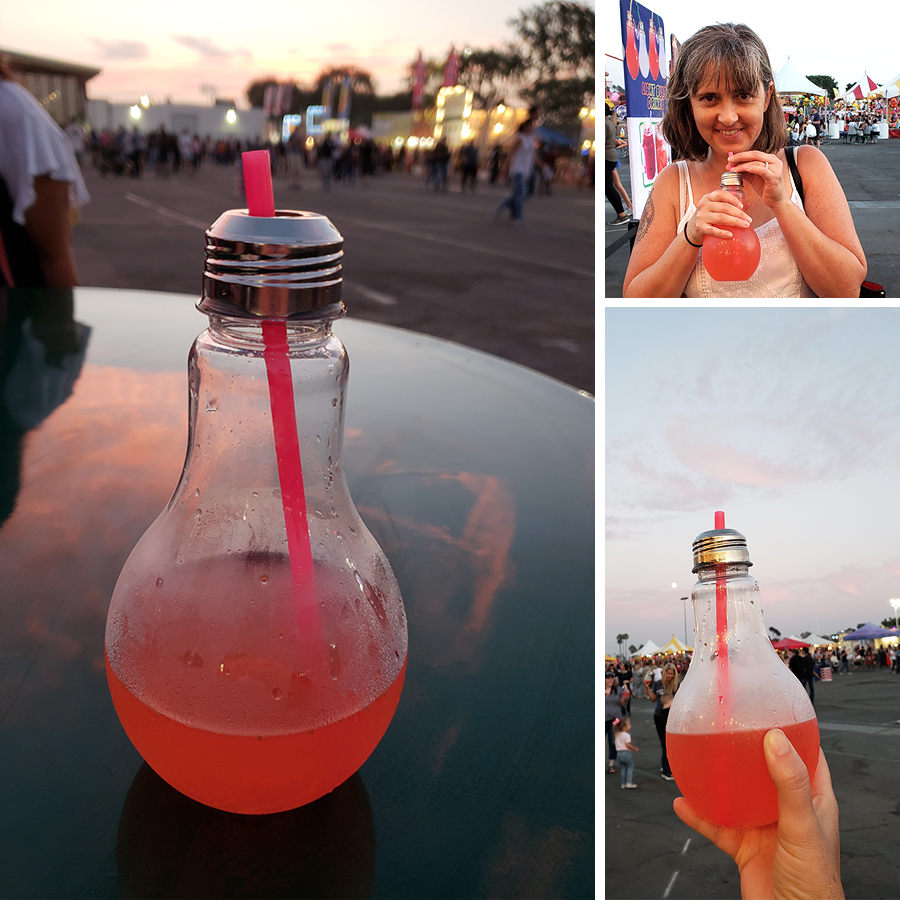 The food was pretty photogenic too. I wanted to get boba in a lightbulb and a cotton candy burrito but I’m on this stupid health kick where I worry about getting enough fiber and I try not to over-do it on sugar. Being healthy can be so boring sometimes. I did break down for the photo’s sake and get a strawberry lemonade in a lightbulb. It was delicious of course. And pretty with the sky behind it.

Payam thinks I’m such a nut taking pictures of everything all the time.  I really was like this before social media existed. You remember, right? Remember when blogging was just writing and people like me annoyed everyone because we slowed up a page’s loading time by putting pictures on our websites. I’ve been annoying since the dinosaur days. 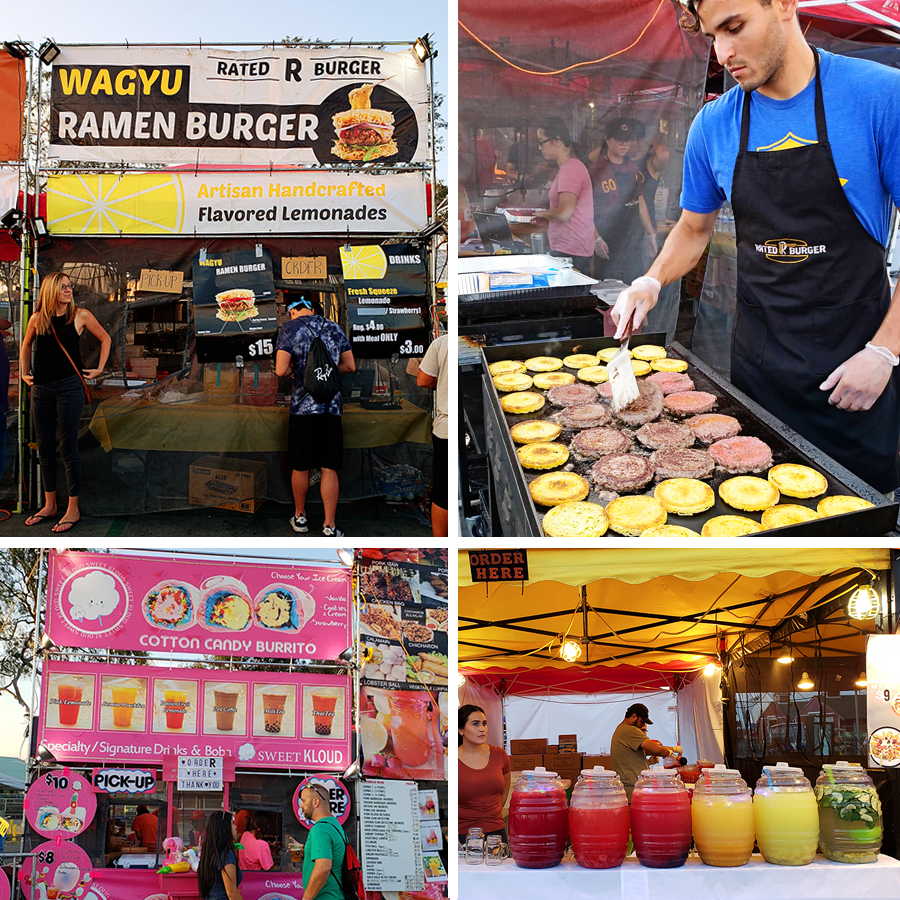 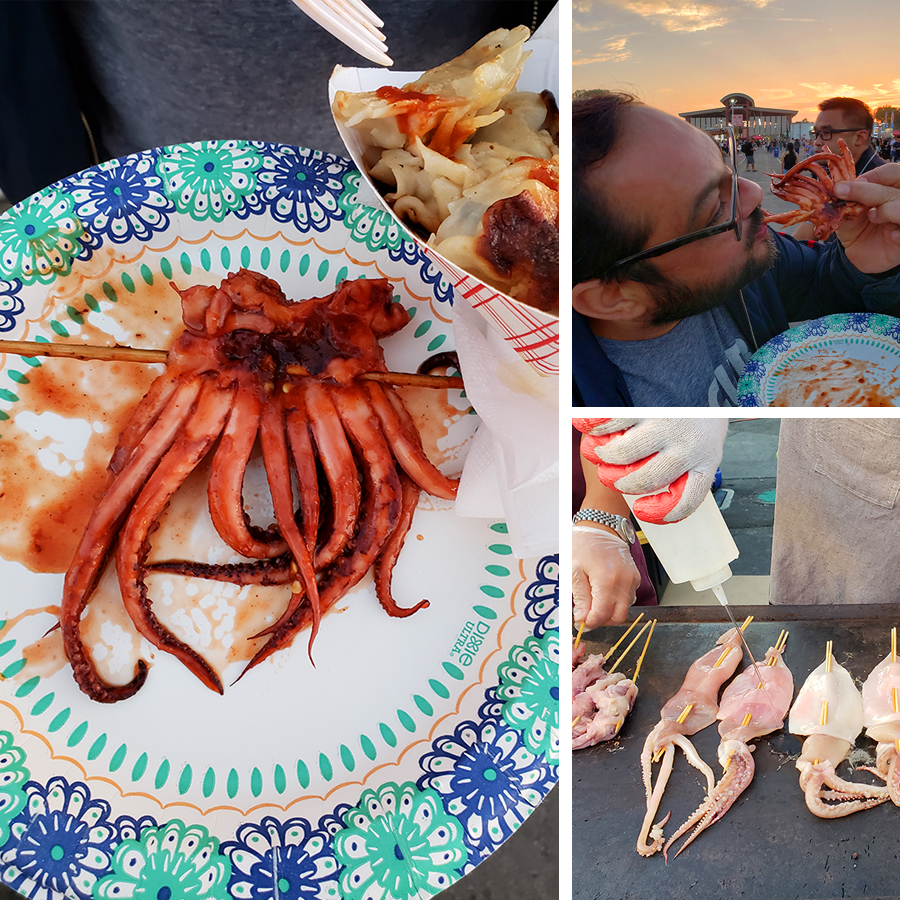 And Squid on a Stick! I was thoroughly grossed out but Payam said it was tasty! The gyoza I had was soggy and gross too. Probably because they were paying so much attention to the squids on a stick customers they neglected all the other boring items on their menu.  I think they saved time by pre-cooking the gyoza and just stashed it in the back for the odd random person who ordered something as boring as gyoza. Personally, I love gyoza so I was super disappointed. Guess I’ll stick to takeout from now on. 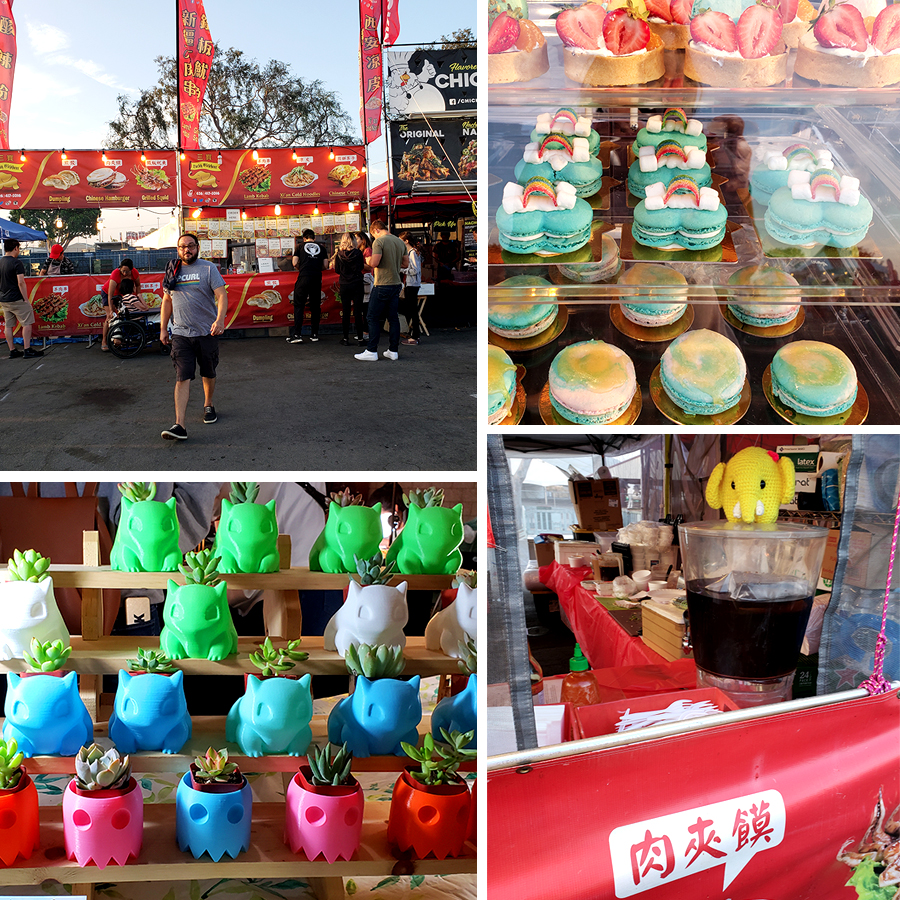 We really missed the kids. The thing about 50/50 custody is that you have a week off to do fun couple things without kids (really great, right?) but invariably the fun things you do without kids you end up thinking would be way more fun with kids. Then the weeks you do have kids you are so busy doing parenting stuff you completely forget about all the fun things you wanted to do with them and go down in the books as boring.  You can’t win. 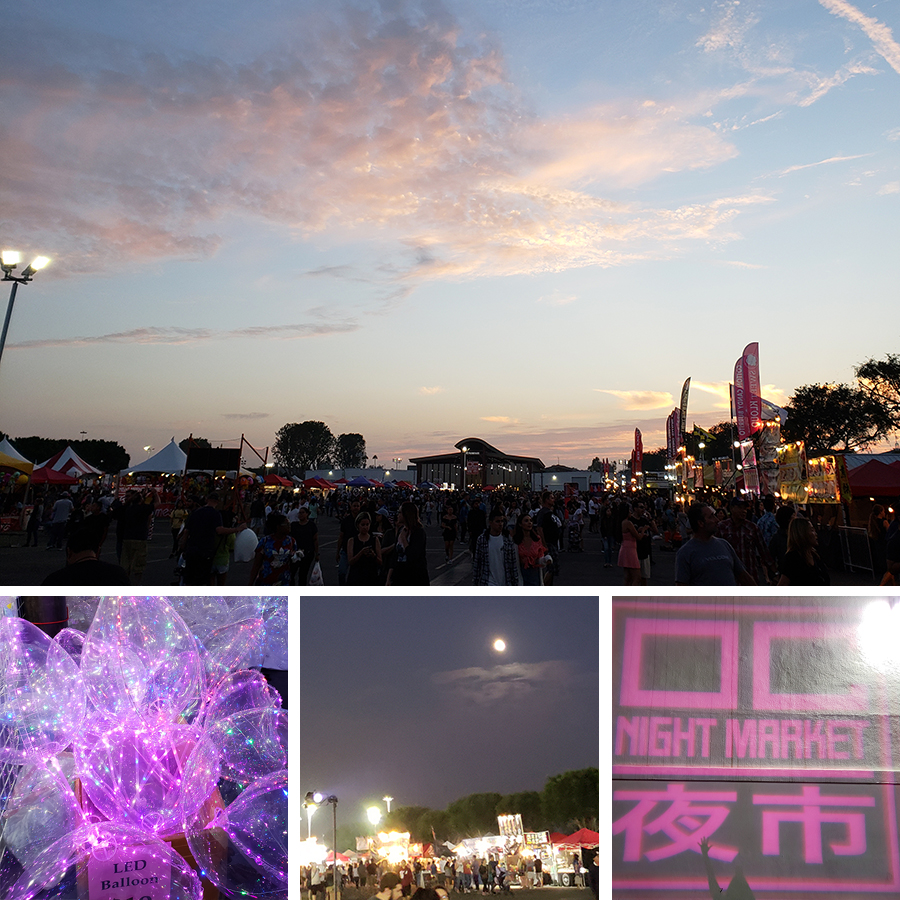 I am really going to make an effort to remember the Night Market though because I know Bug and Joon would both really dig it. Not so much for the food but definitely for the glow-in-the-dark, light-up, blinky night-time fun.