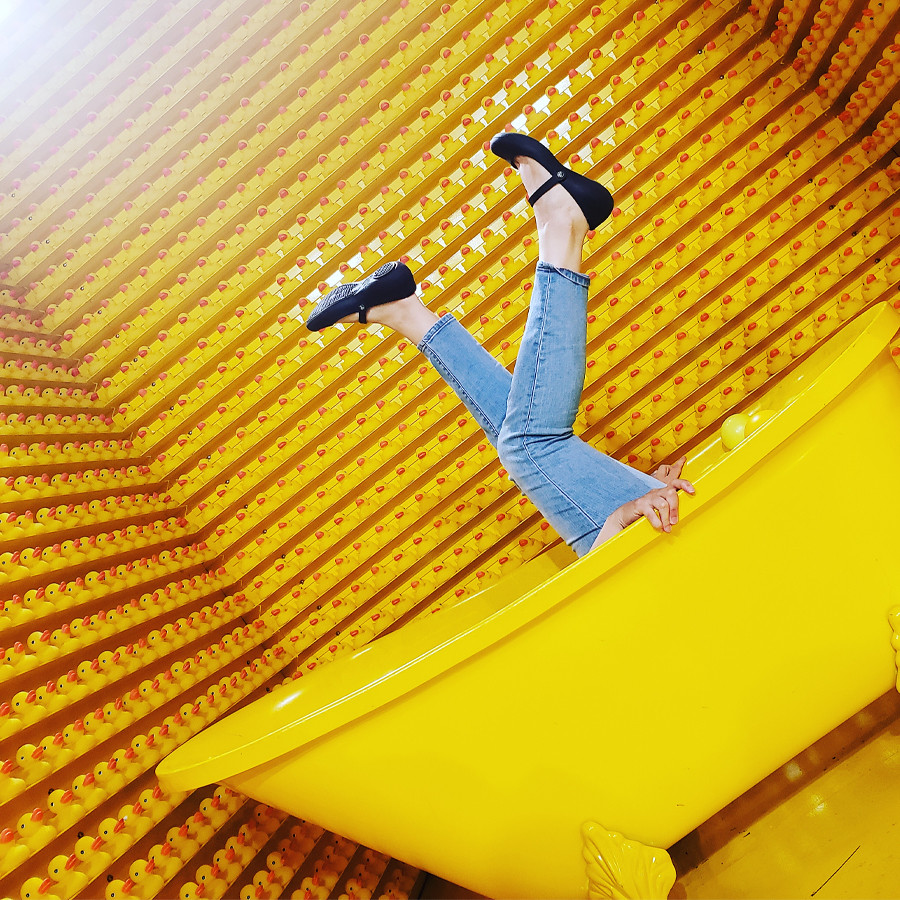 If you have instagram you are probably well aware of all these pop-up museum-like “experiences” that you can visit and blow up your feed with weird cool pictures. I think I am just about officially over them. But I still have a weakness for them. Because I love love love cool weird photos!

You know what I don’t love? Long lines of people watching you take your weird cool photos. I’m so over it! Said the middle-aged woman wearing crop pants that seem to be painfully out of style. 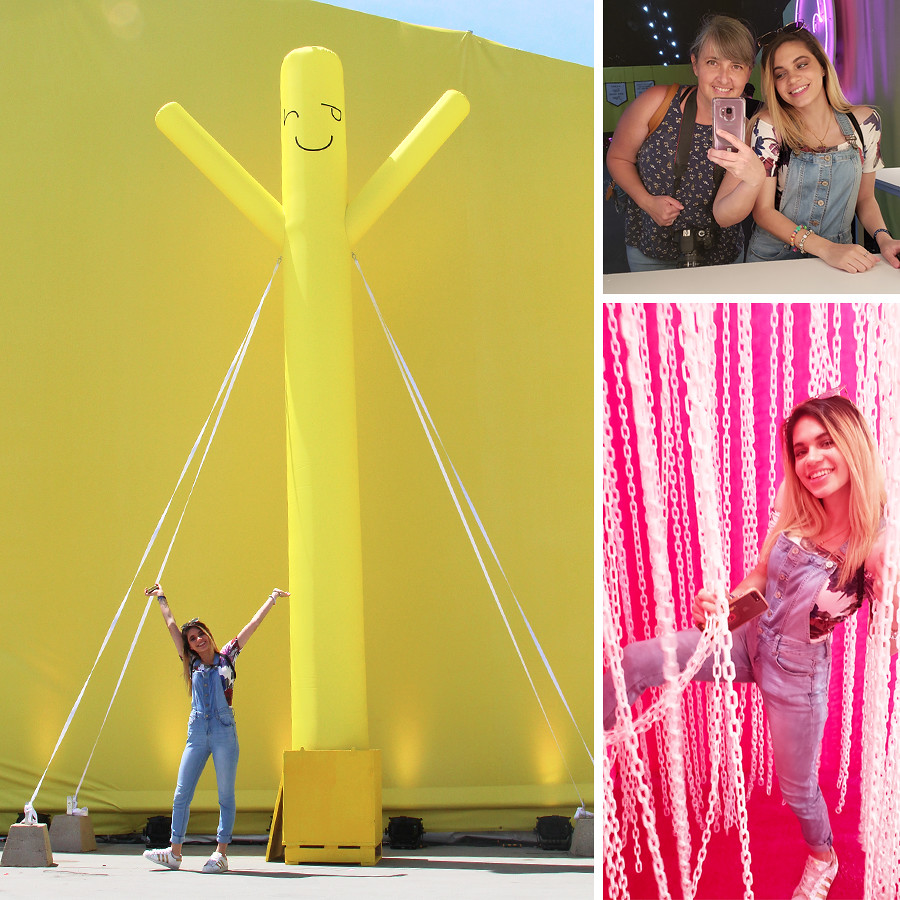 The Happy Place is not on my list of things to do if you are in LA. In fact, I’ll probably tell you to avoid it UNLESS you are a little bit crazy like me and you have a friend who is trying to land modeling gigs.

I love having a friend who is a model. Yep, Lubna grew up and now she’s going to acting school, getting her headshots done and hitting the pavement to land an agent and hopefully a decent paycheck. She is a really good model but it’s not an easy field. I wish I had my own agency because I love spotting people who I know will take good pictures and I’d love to give her a good paying job. 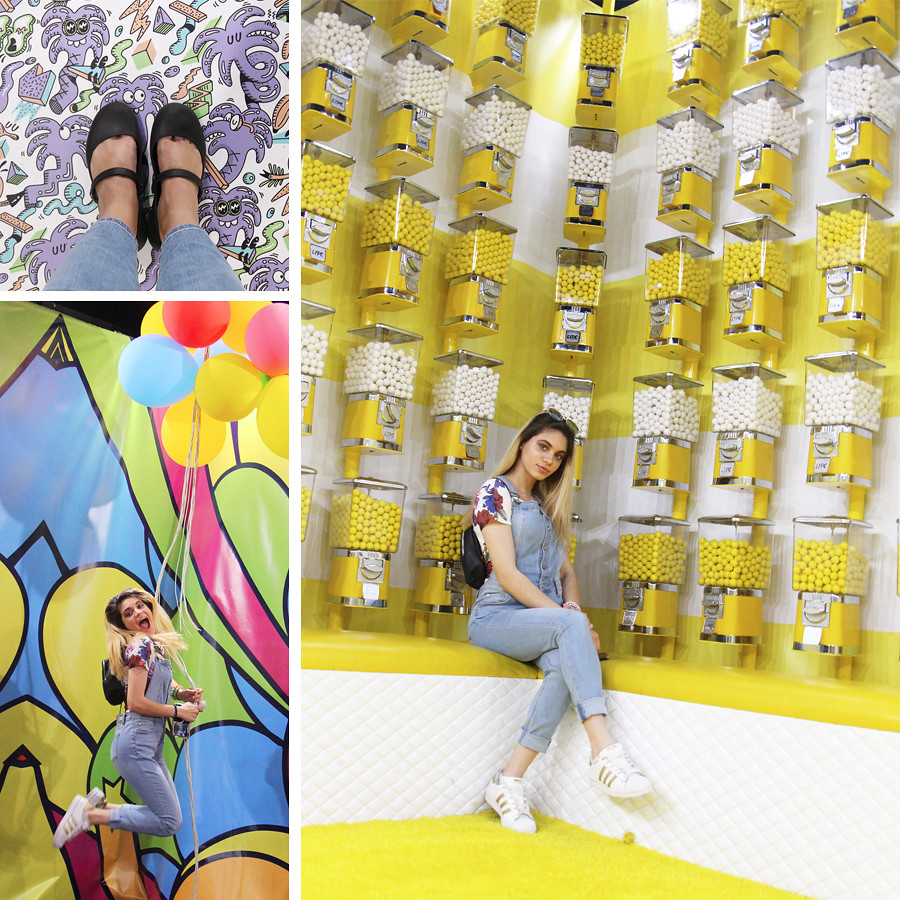 We hadn’t hung out together in a while so I bought the tickets and we headed off to LA for a fun day of catching up and taking silly shots. It was the perfect photographer-model date. Especially since I’m liking to take my own picture less and less. (Age, damn you!) I took a lot of photos of my feet. 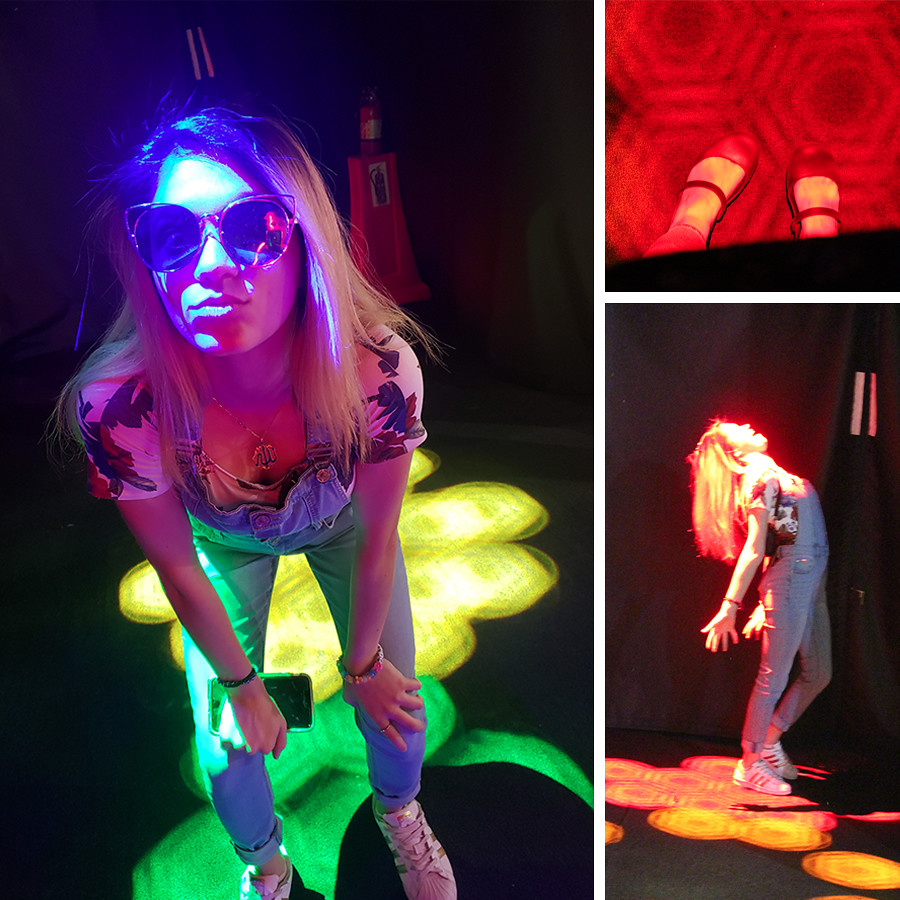 There are definitely a lot of cool rooms with lots of great lighting to experiment with. But you have to move from room to room with a mob and there is nothing that makes me more nervous than having a group watch me set up for a shot. Lots of times I just bailed. I’m not waiting to take a turn for a shot and then have everyone else watch me do the same exact thing.

There is this one room where you can jump into an above-ground pool of yellow balls and the Happy Place Logo is placed predominantly behind you. It’s a great set-up BUT you have an audience of like 30-40 people watching you! I was so nervous to jump I actually got sweaty palms. What if I slipped and banged my head on the platform or what if all the balls flew out of the pool because I’m such a whale?!!  I’m not a whale but still, this is where my mind goes. In the name of fun I forced myself to do it but the assistant who was there to take my photo somehow got my camera wrong and missed the shot. She said I could do it again but I was OVER it. Forget that.

Lubna of course nailed it with a flip because she’s amazing and a fitness model but I only got it on video because I also got my camera wrong and missed the shot. Doh! 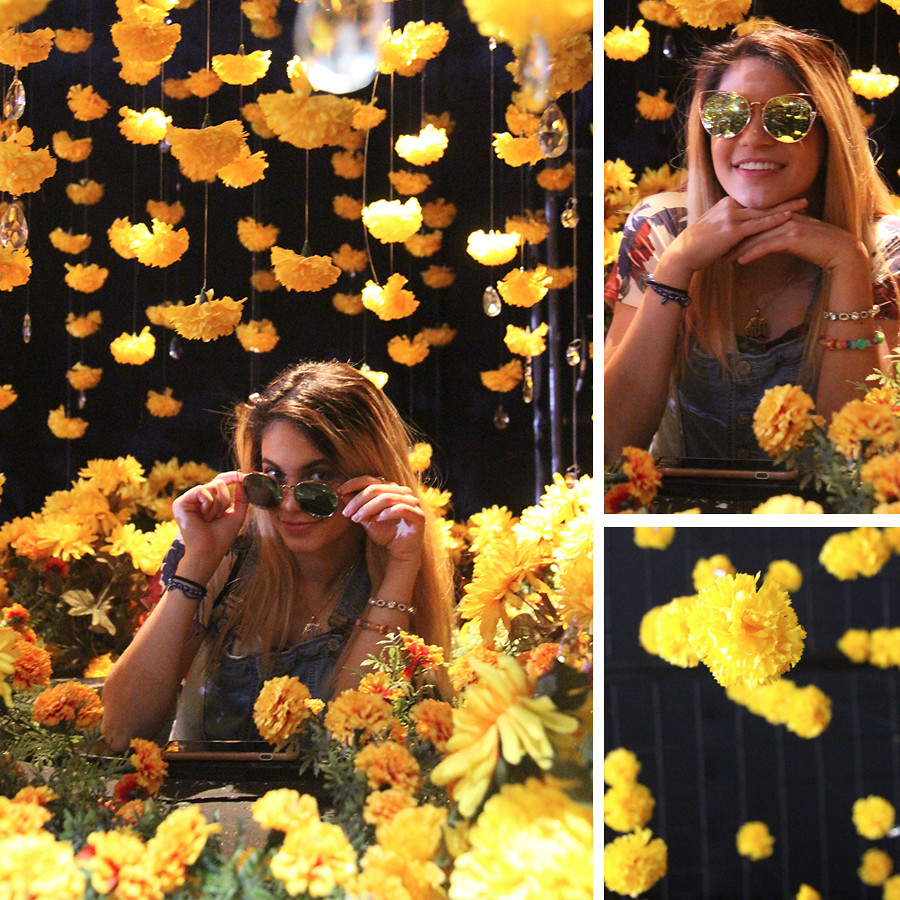 I will say that in spite of my eye rolls and complaining, we were inventive. We came up with shots everyone else wasn’t doing because we are experienced badasses at photography. But still, I felt silly. It just kind of ruined the novelty of the event when you see how stupid everyone else looks doing these forced fake happy faces for their snapchat feed or instagram feeds. Do their followers know that two seconds before that shot that looks like they are having so much fun they were actually standing there bored out of their skull, mindlessly scrolling through their own feeds? Fakety fake fake. 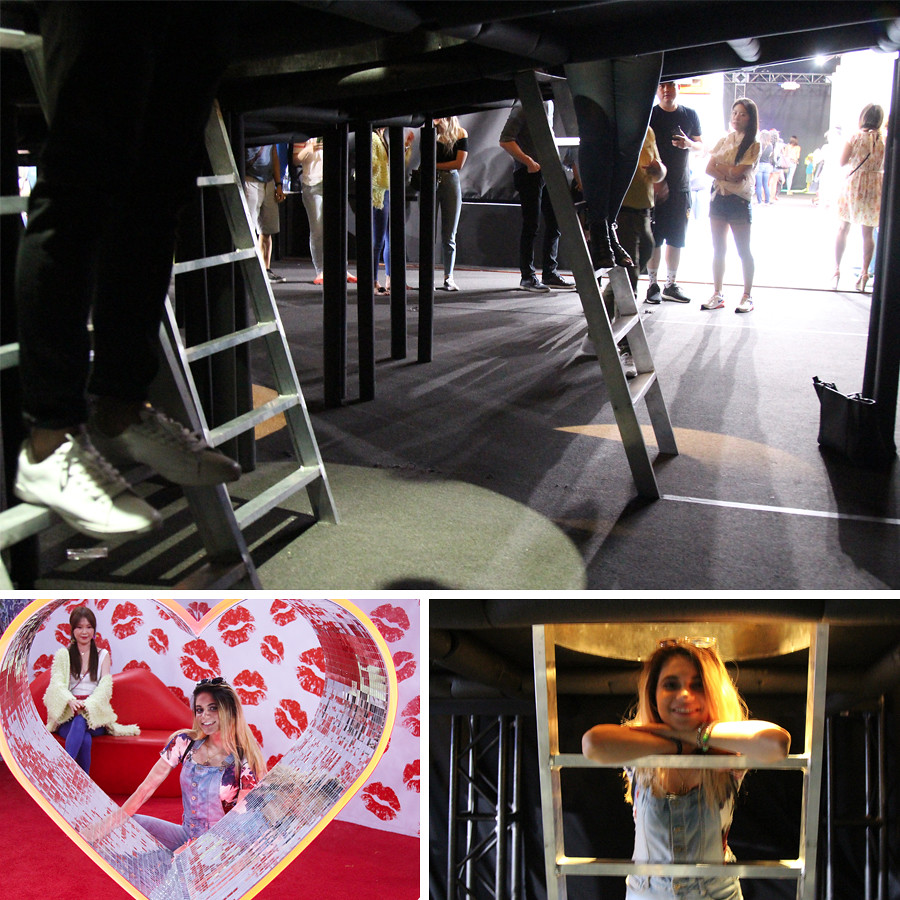 And yet still, I’m not completely cured of wanting to go to these things. I’ve got tickets to The Cado in June because, come on AVOCADOS!!!  But it does make me want to continue to cultivate my own free spirit. 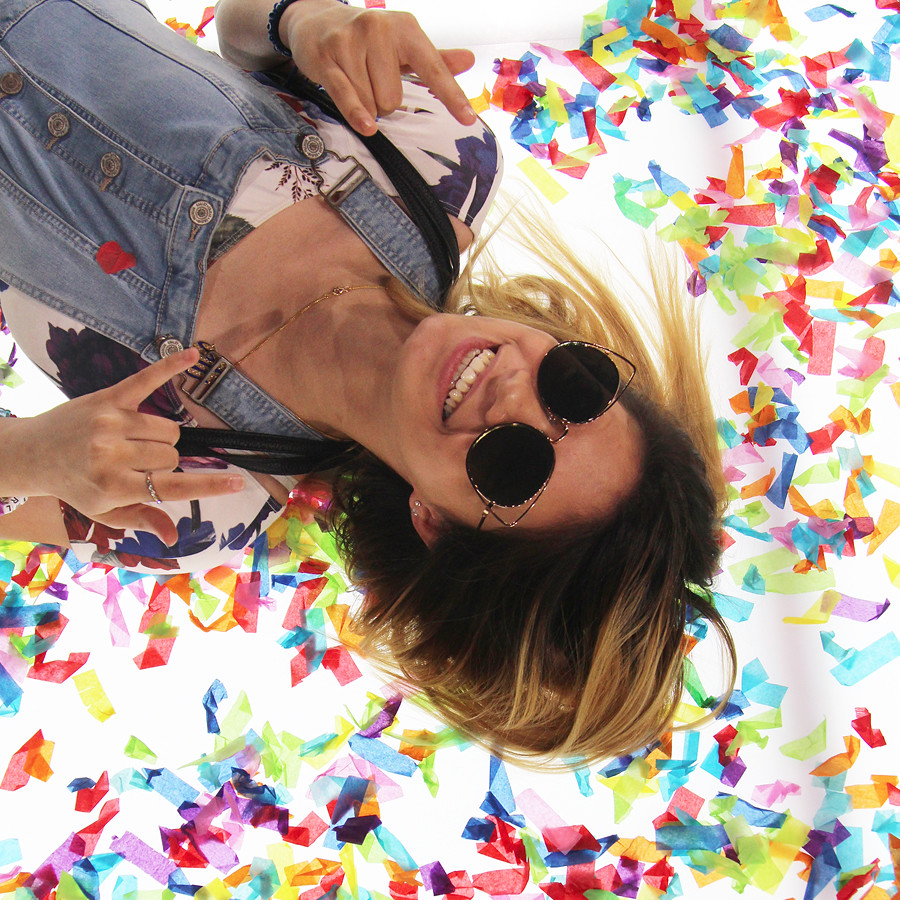 But the photos are cool right? Loobyloo is so much fun. She’s always up for posing any which way I direct. 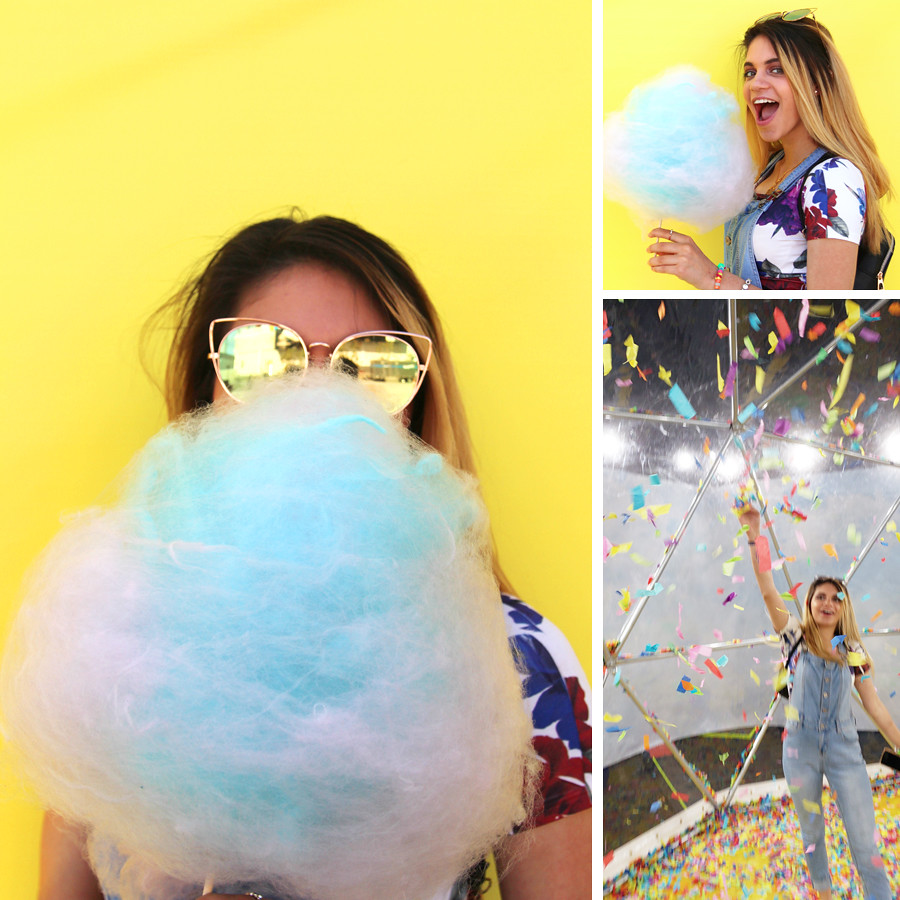 And she’s gorgeous! Even if she did fry her hair to death by attempting to go blonde. The Orange County ideal of beauty is so strong even Lubna fell victim to it but I’m in her ear constantly telling her that her natural beauty far surpasses any fake Barbie look that is so prevalent around here. 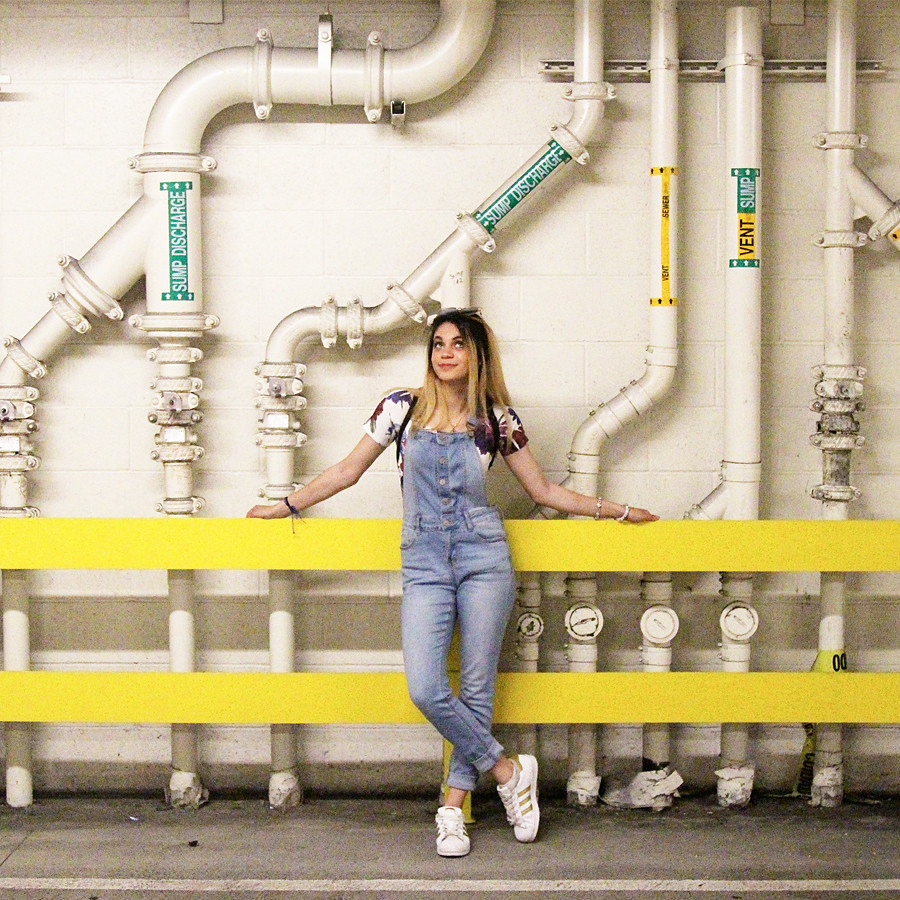 As we left the crowds of The Happy Place and found our way down to my car in the underground parking garage, we spied these funny pipes on a wall with NOBODY WAITING THEIR TURN to take a photo!!!

I think it’s my best shot of all. 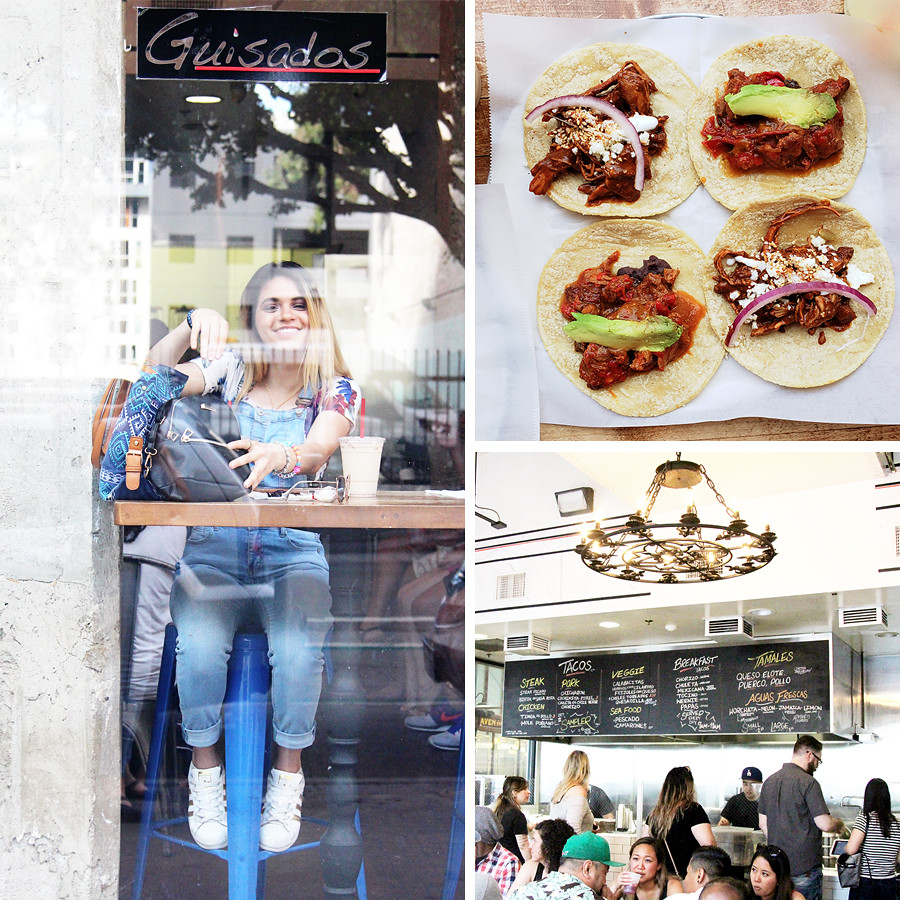 Then we went out for tacos because duh, it was Cinco de Mayo. Not that everyday isn’t a good day for tacos.

Have you been to Guisados? So good! Mole tacos, some fried cheese taco that was out of this world and HORCHATA cold brew that tasted like a churro in a cup!

That’s my review: skip The Happy Place and go to Guisados instead which is conveniently right by The Last Bookstore! Yes, I will be blogging that experience here soon. Stay tuned!