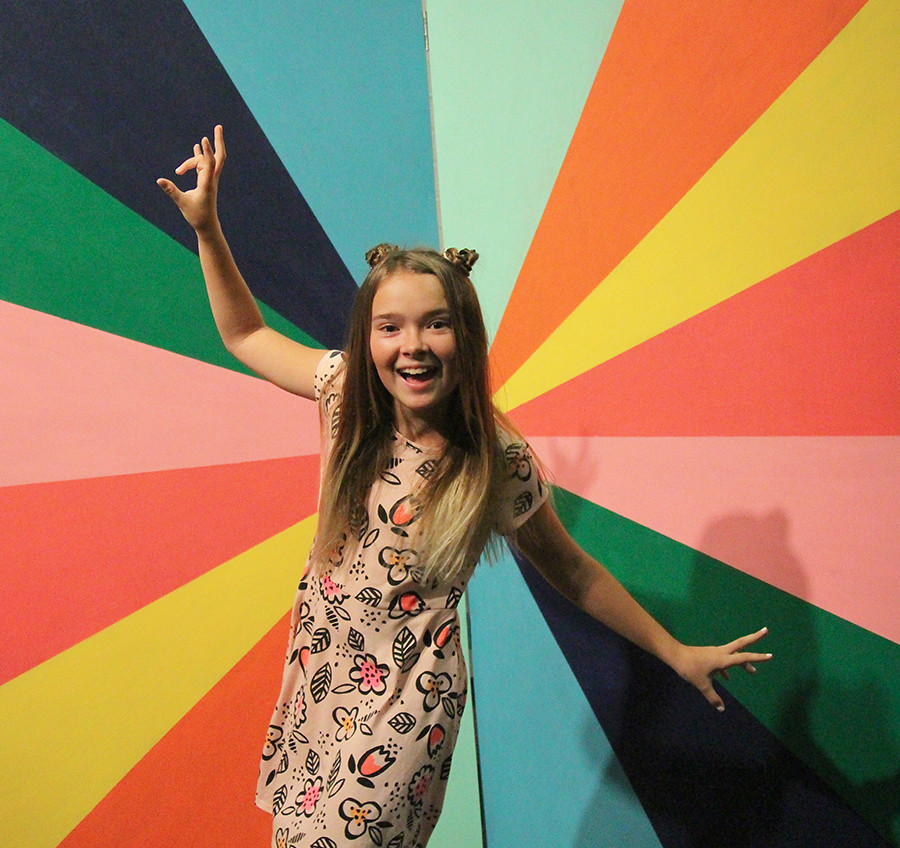 We did it! We pulled it off. Maria and I were so happy to have this whole “Memories with Mom” event in the bag. We’ve been working on it for months. Even though it wasn’t very hard and we had a ton of fun doing it, we were super worried that something would go wrong. Our worries mostly stemmed from the fact that  we had no idea what we were doing because no one had done it before us to leave some kind of guideline. You mean we could have ordered free stuff from vendors if we had hit them up months earlier? Or how much do you budget for food for 125 people? Will 125 people actually show up? Just a whole lotta guesswork and a few misses here and there but WE DID IT AND IT WAS FABULOUS! 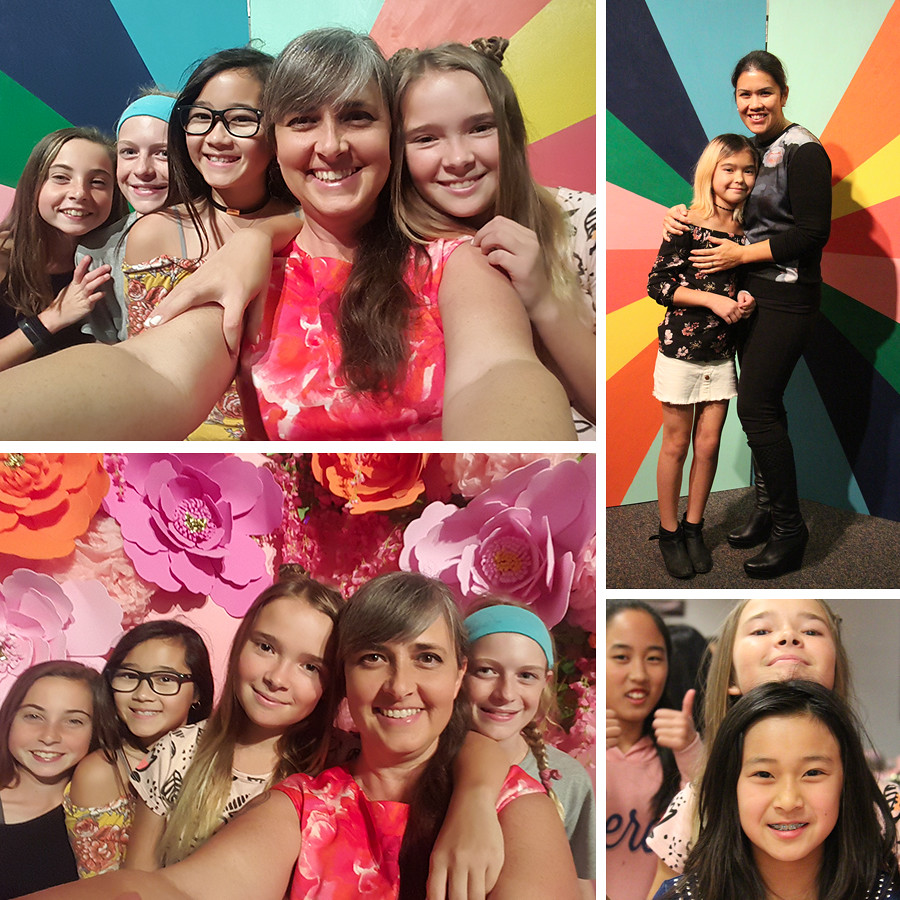 The walls were a huge hit and turned out exactly like I hoped they would. Everyone was posing with their mom and friends in front of them. It was a really sweet event with friends and moms mingling and sharing the Girl Power love. 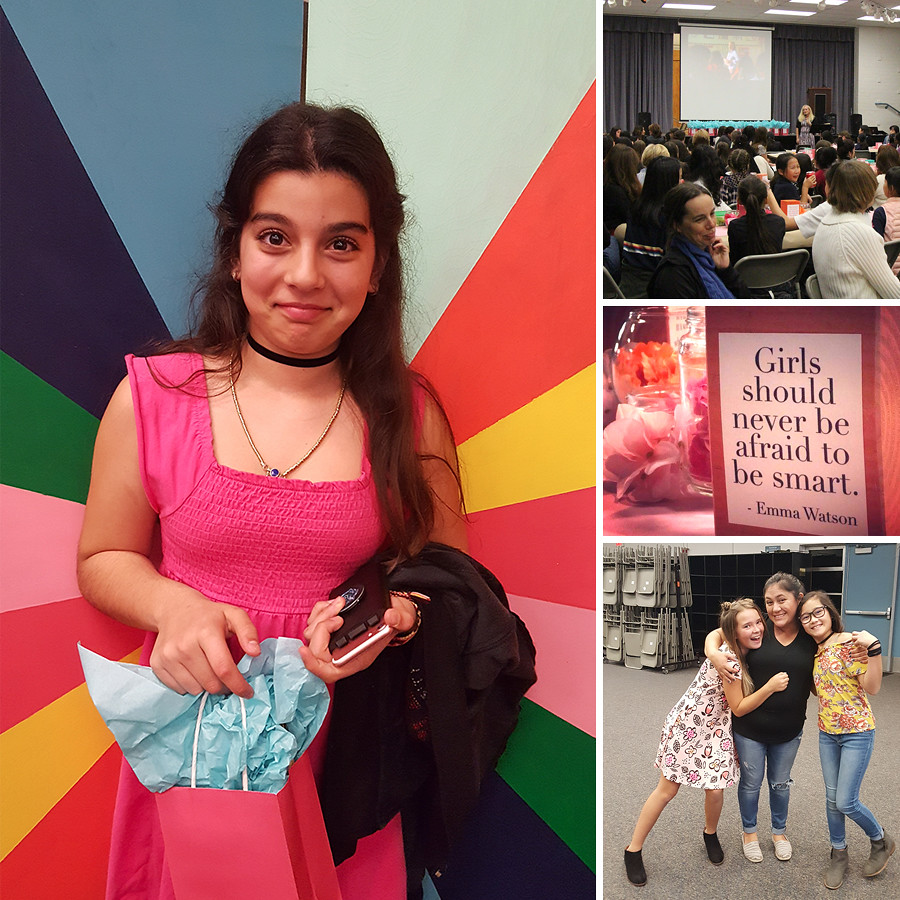 Of course “The Talk” was a little traumatizing for some but we got through it with a whole lot of humor. The speaker handled everything so well. Nobody came up to me afterwards upset so I’m thinking it all went down okay. Being a girl is tough but we are more than capable of handling whatever life throws at us. 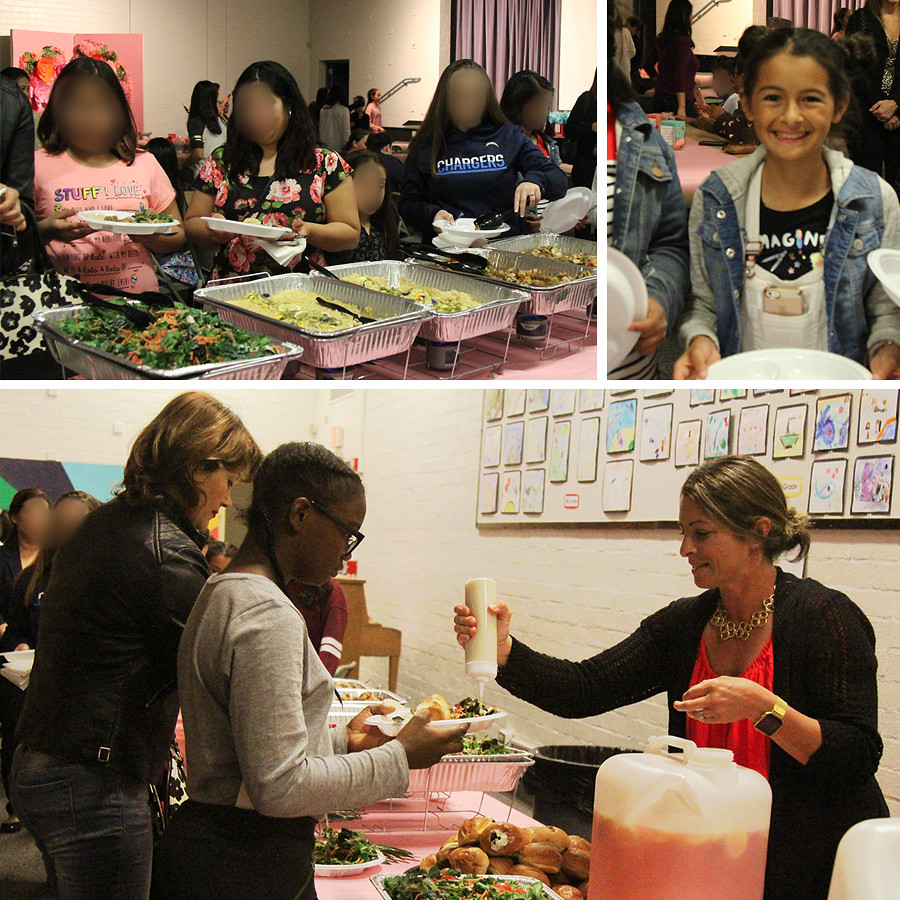 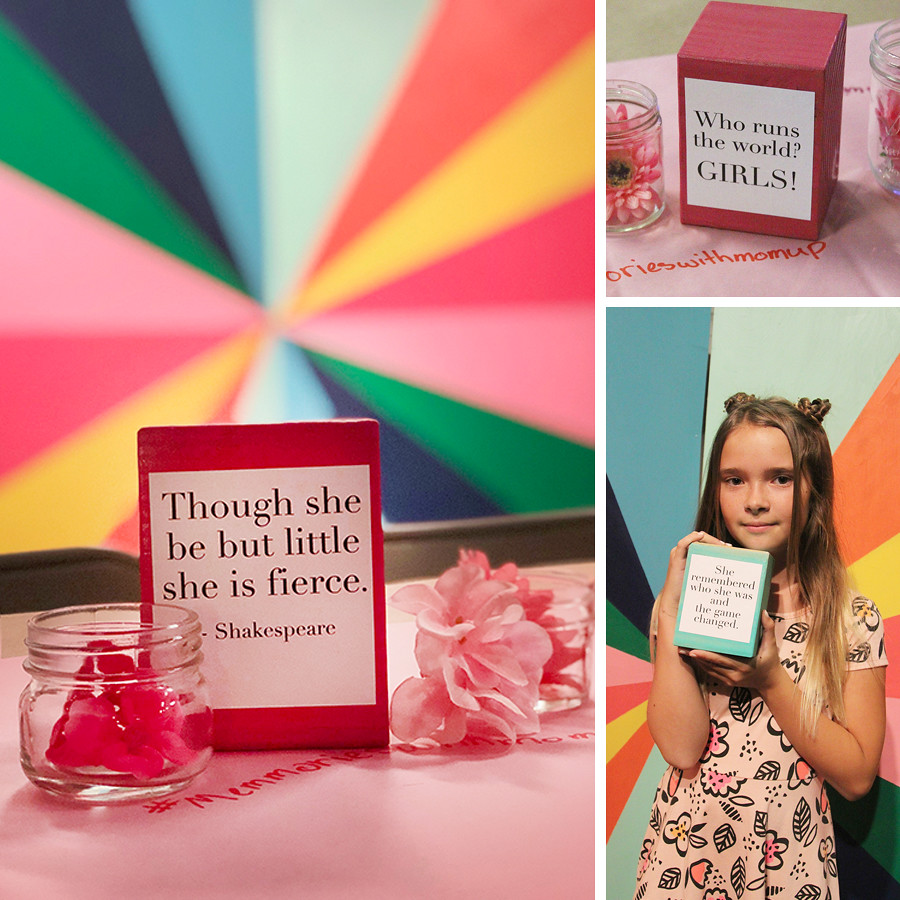 The blocks were very popular too and found themselves going home with everyone who pitched in and helped us clean up (which went smashingly by the way. Put a bunch of moms in a room and stuff gets DONE.) It was really fun to see the girls all walking around looking for their favorite quote. 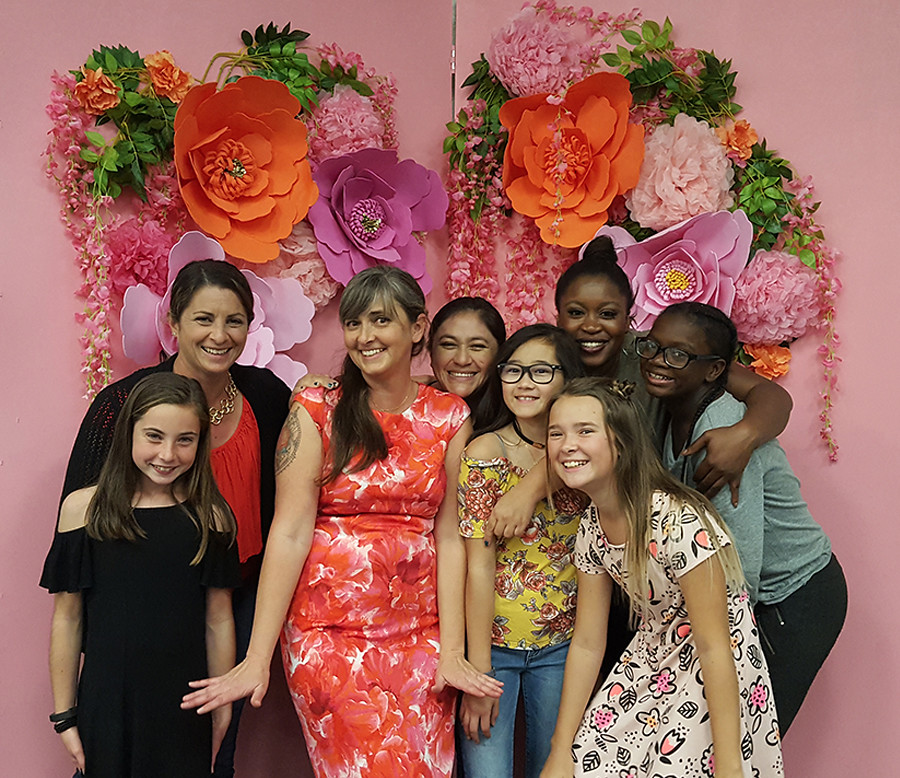 I had a great time. I flubbed up the video like a newbie (you know how AV equipment can be so complicated when you feel 125 eyeballs on your back) and I was too shy to actually get up in front and speak on a microphone but I would totally do everything again in a minute. I love these girls! I hope we’ve started a big conversation that lasts with them through their lives and they are never embarrassed to be a girl because being a girl is awesome!