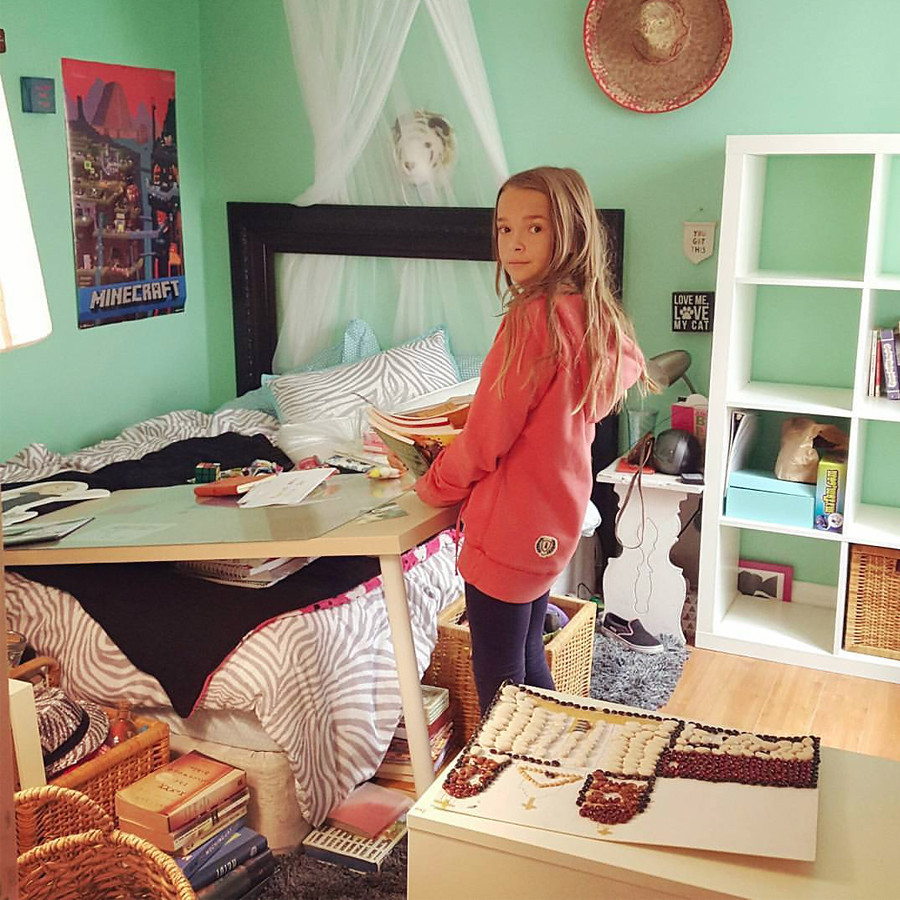 From time to time I like to rearrange things in my house and purge out all the unnecessary flotsam and jetsam that gets piled up without anyone really noticing it. This past weekend Bug got her turn. I’ve been nagging her to clean up her room but it always seemed to be impossible for her because she never has enough room to put everything.

You know what that means! Add on another room? Nope! It’s time to purge because there must be a place for everything and everything must be in it’s place. I am so much fun that way.

So we decided to rearrange! She’s really into gaming and she does her homework in her room now with her computer so she needed more desk space. We needed to make a little office in her room so we did what we always do: we flipped the expedit bookcase! It was vertical (see below). 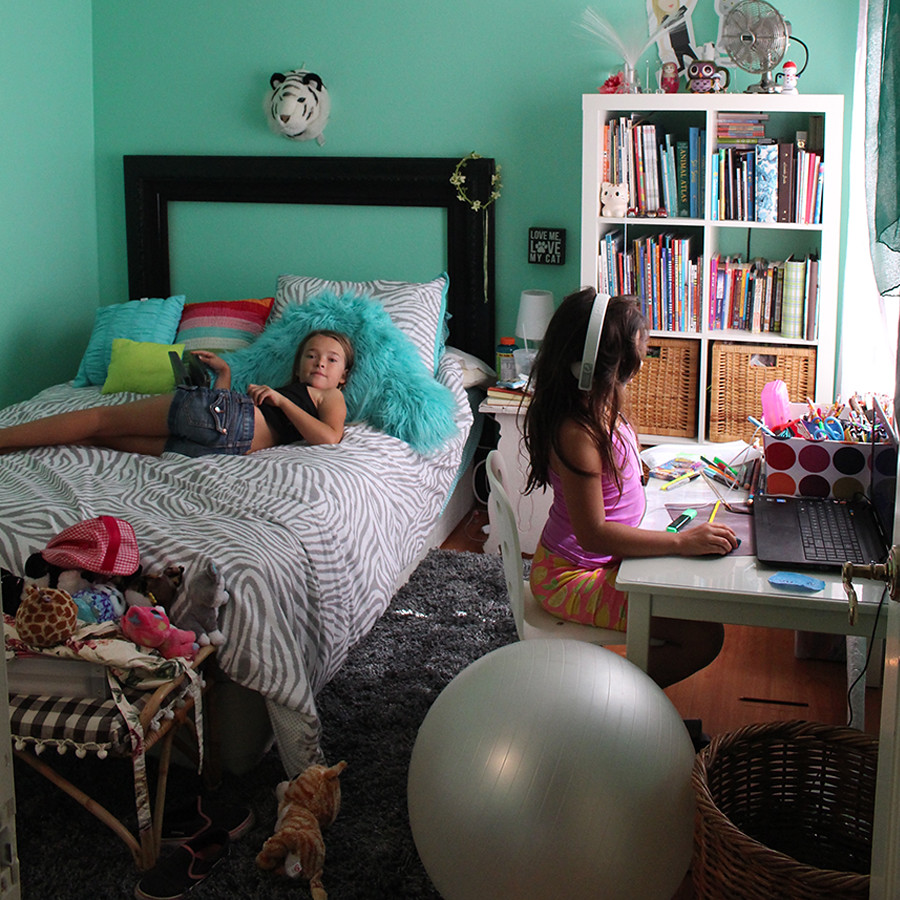 Now it’s horizontal! And since space is tight we put her desk on top of the expedit bookcase, creating a tiny little nook with some slide-around work space to the side of her. It’s tight but super functional. Especially since we moved the rug over that was seriously hindering her chair-sliding mobility. 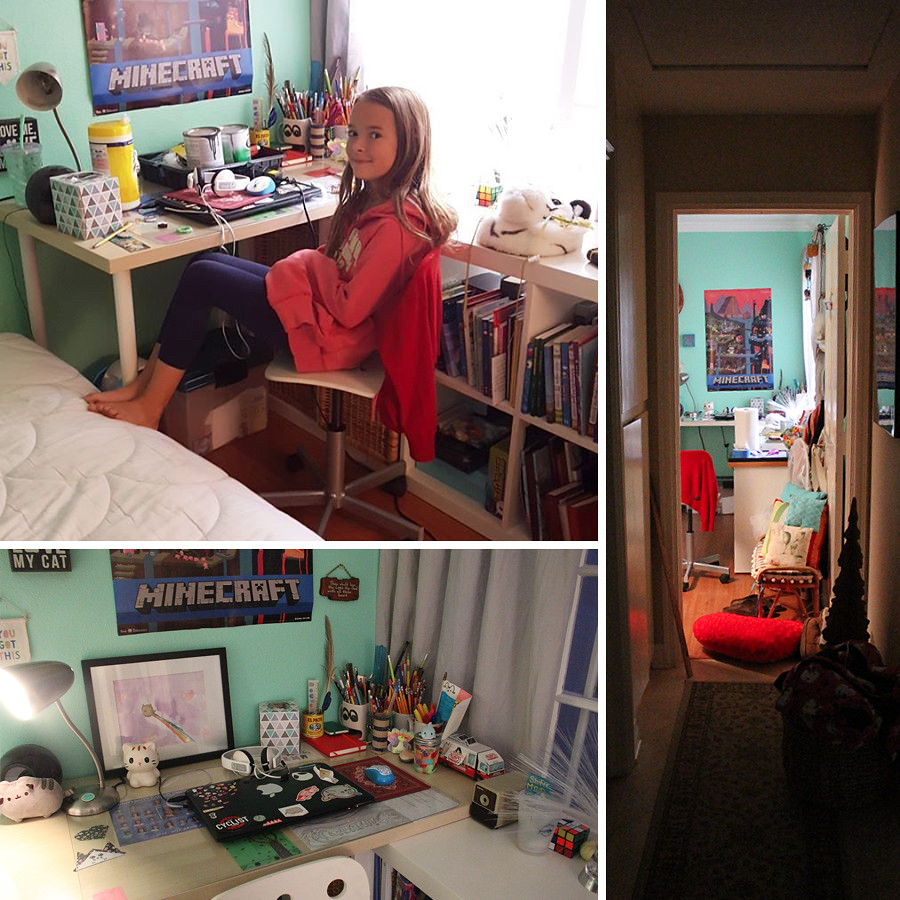 Then, since we were fixing things, we decided to take the old frame that used to be Bug’s faux headboard (That thing has nine lives.) and make it into a chalkboard, which is something she’s wanted since day one. It was really cool as a headboard but unfortunately it was never bolted in correctly and every time the bed got pushed up against it too hard, it would wedge out dangerously. It was just kind of a pain in the head.

We had bought the chalkboard paint way back when we first painted Bug’s room but we ended up not using it because we were worried about chalk dust and it just looked weird painting a square randomly on the wall. Now, however, we had this big picture frame just sitting around waiting for a new use so we decided to use it to frame in the chalkboard. We’re still worried about chalk dust but using this frame kind of keeps the dust contained a little. Bug can just wipe the bottom of the frame with a damp cloth instead of her floor and bed which is much easier. 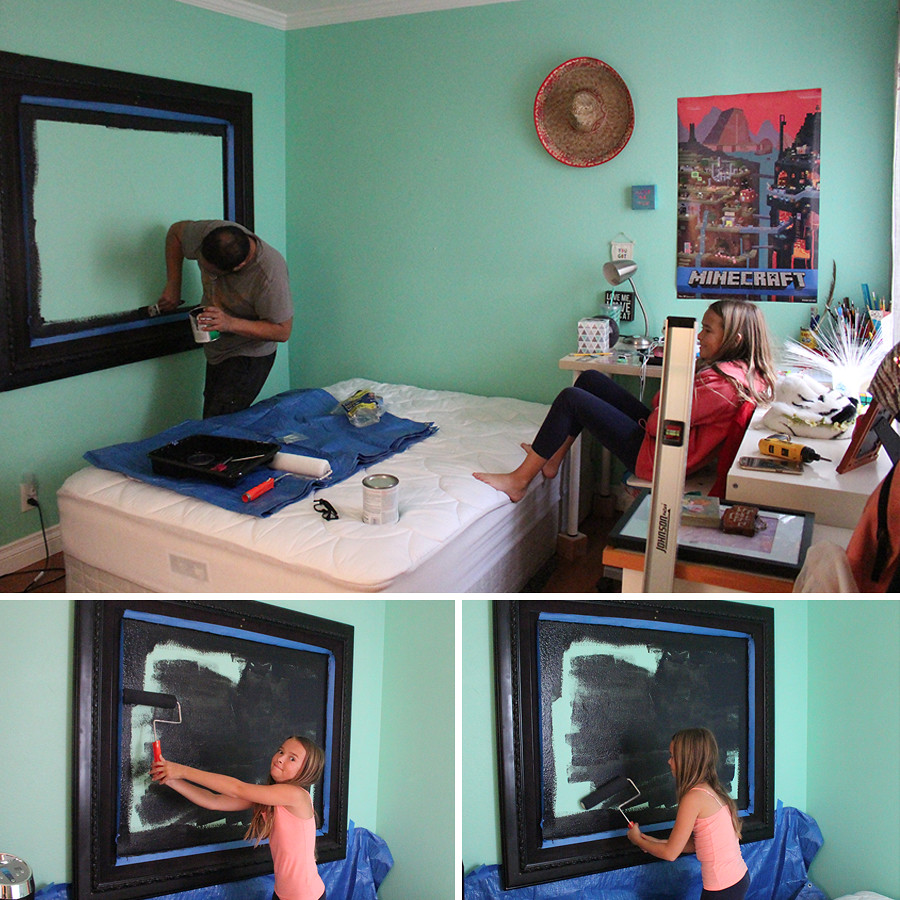 Payam bolted the frame into studs in the wall so it really won’t budge and then Bug and Payam got busy with the black chalkboard paint. We waited a day for the paint to cure properly and then Bug primed it with a layer of chalk. It wasn’t as much work as I was worried it would be. 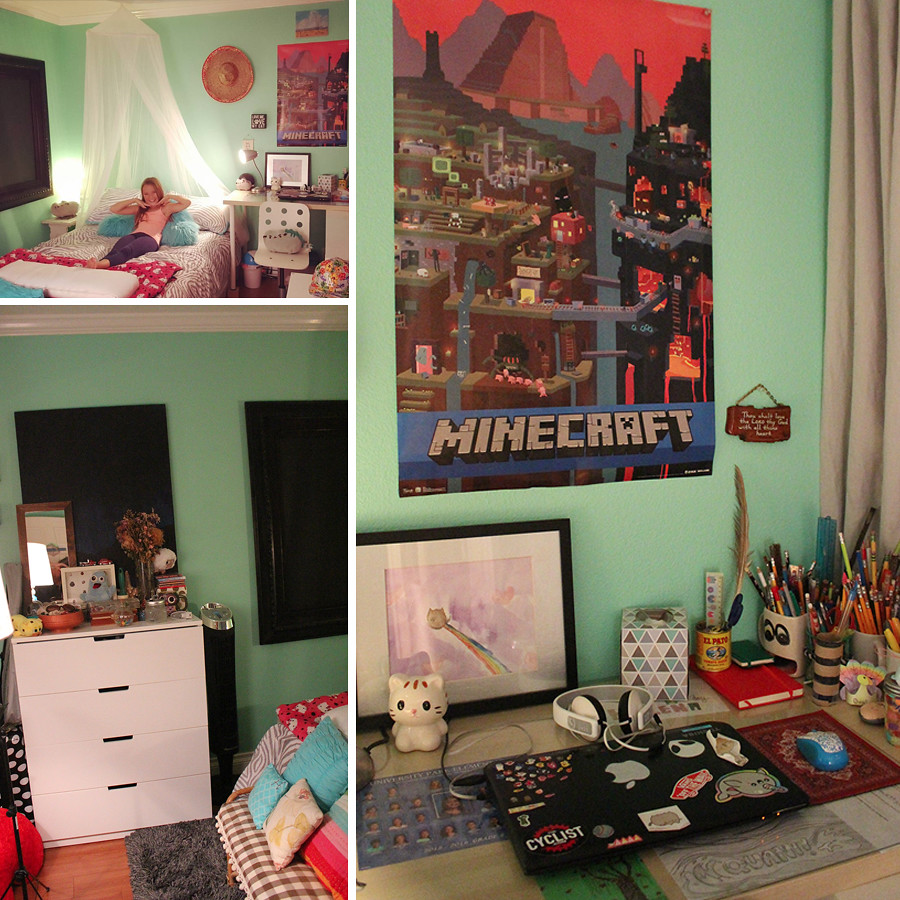 Now her room is much tidier (we got rid of a ton of out-grown clothes and books that she doesn’t read) and it looks a tiny bit better. She still has a ton of stuff but what can you do with a ten-year-old pack rat? Actually, she has gotten so much better at throwing stuff out. She used to be super attached to anything that had a face, no matter what it was. Now she at least can pass things on to people she knows will appreciate them as much as she did. 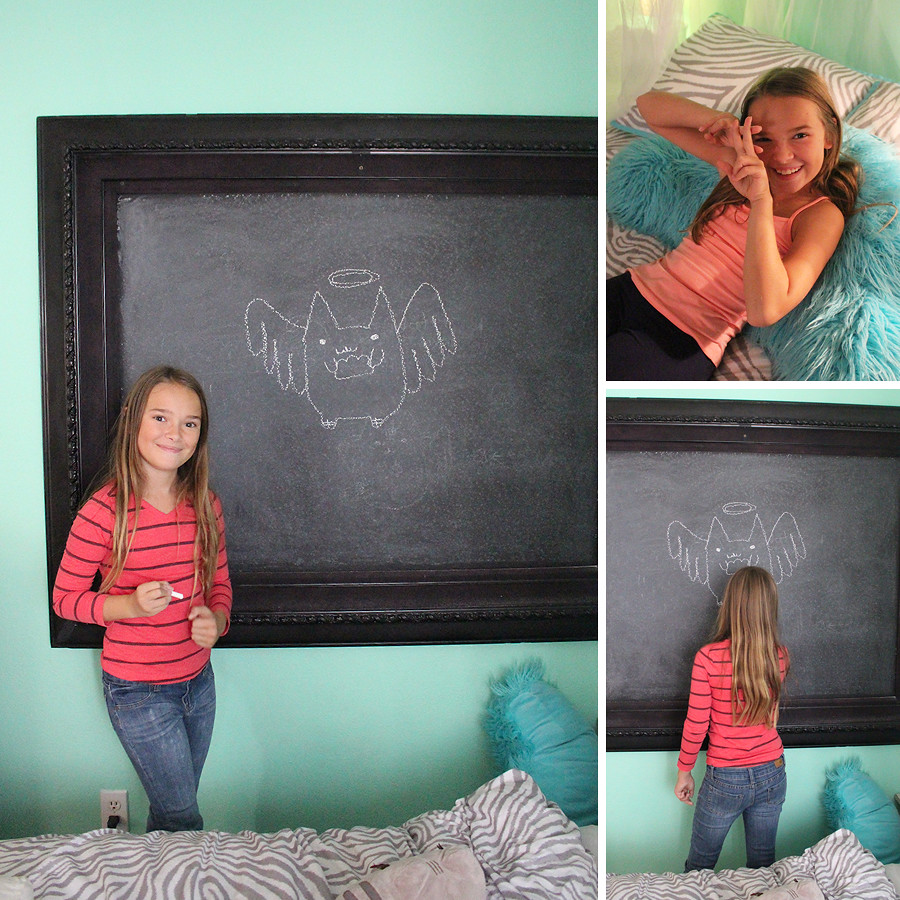 That’s that!  Bug is happy as a clam with her new chalkboard! Now it’s time to make one for Joon.

2 Comments → Bug Gets a Chalkboard in her Room.