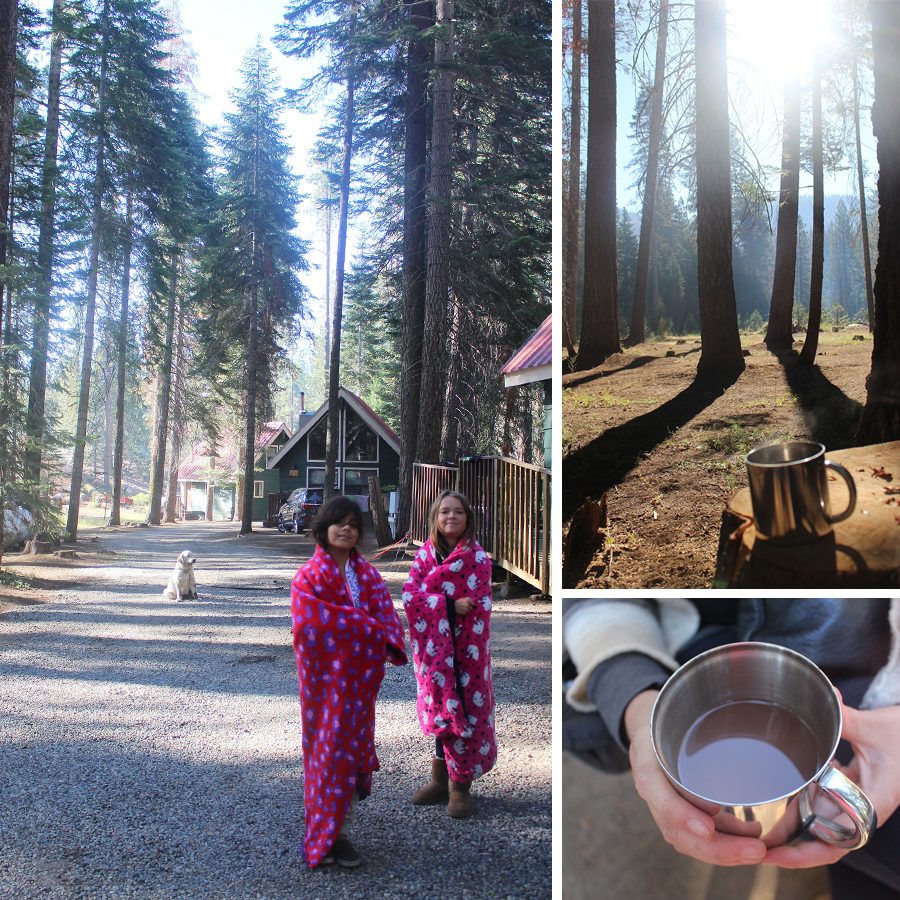 School is about to start so we squeezed in one last camping trip into this short but very hot summer break. I can’t believe how fast it’s slipped by already. It seems like yesterday we were mapping out all the activities we’d do and now it’s almost already over.  We have a few more fun things up our sleeves but overall we’ve done a lot this summer and I’m feeling pretty good about it. These kids better not come up blank if they have to write a “What I did this summer” essay, that’s all I’m saying. 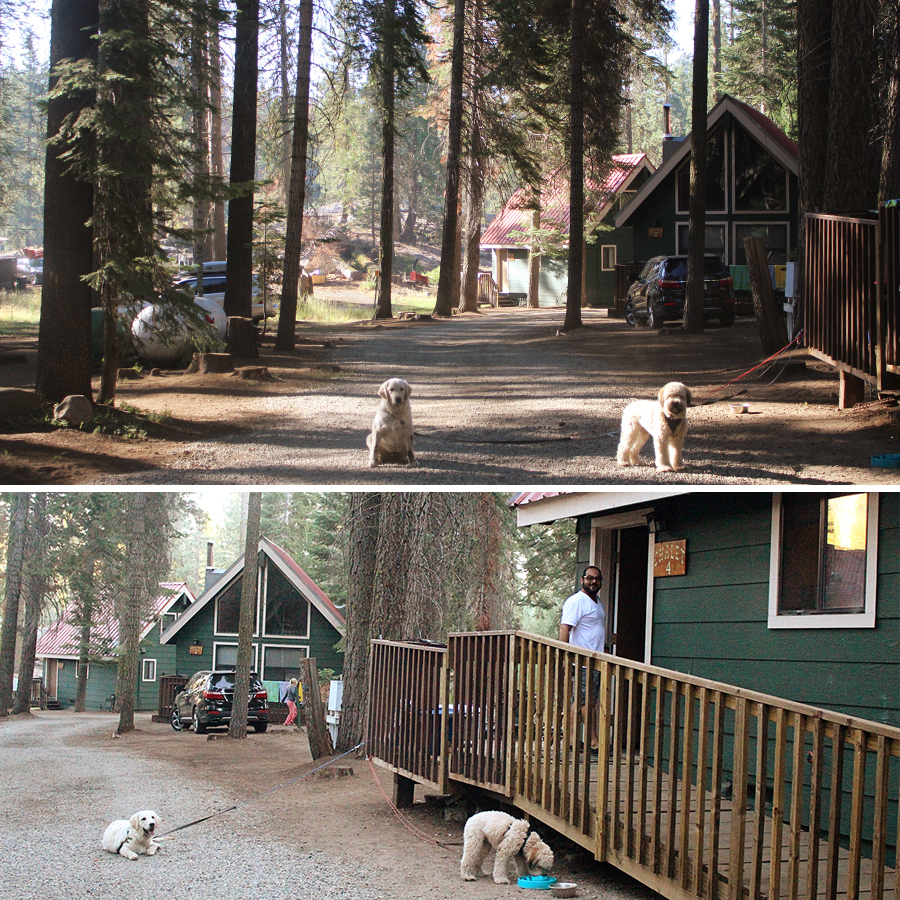 Payam has friends up north who have connections at Dinkey Creek so we stayed at a sweet cabin in the woods. The girls were a bit disappointed that we weren’t tenting it this time but I was just fine with a nice cabin with a clean bed and a warm shower.  Give me some trees, a campfire, a glass of wine or a warm cup of coffee in my hand and I am the happiest camper ever. 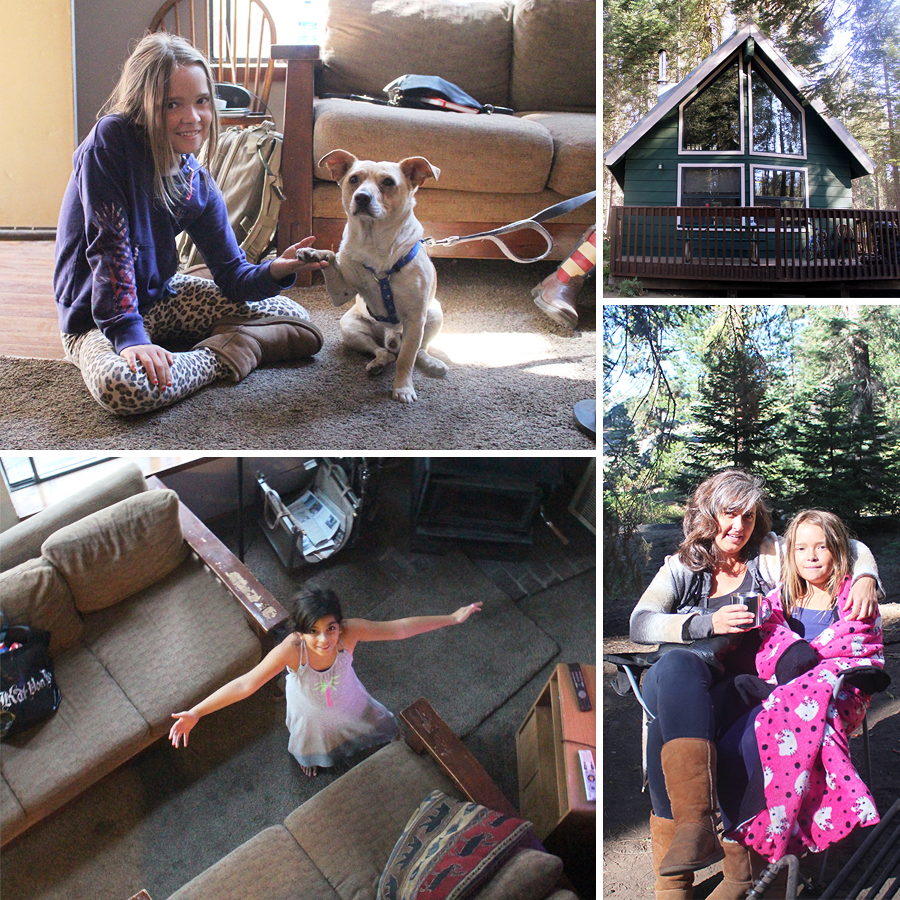 It was my kind of roughing it. And of course nobody complained about the abundance of wifi. 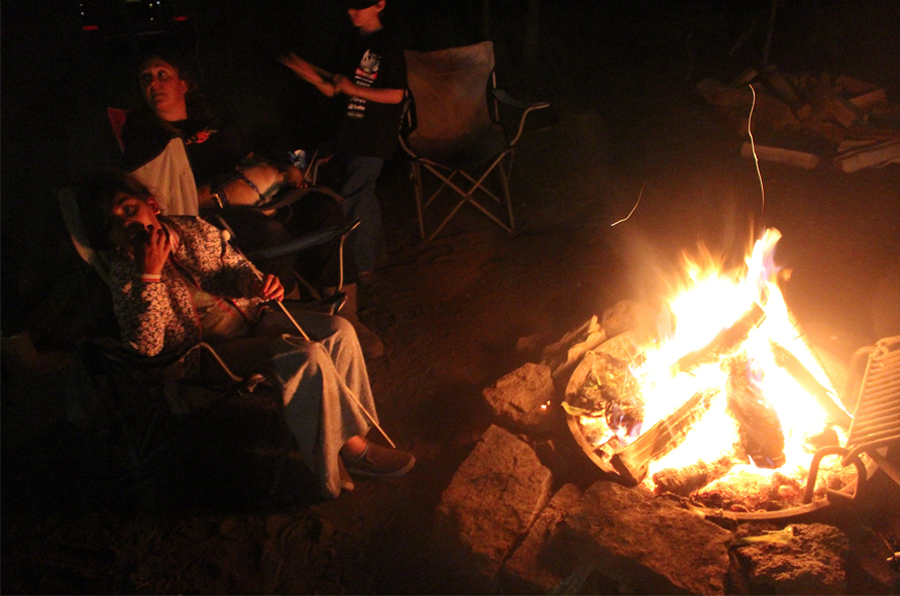 Ah… the campfire. What’s not to love? 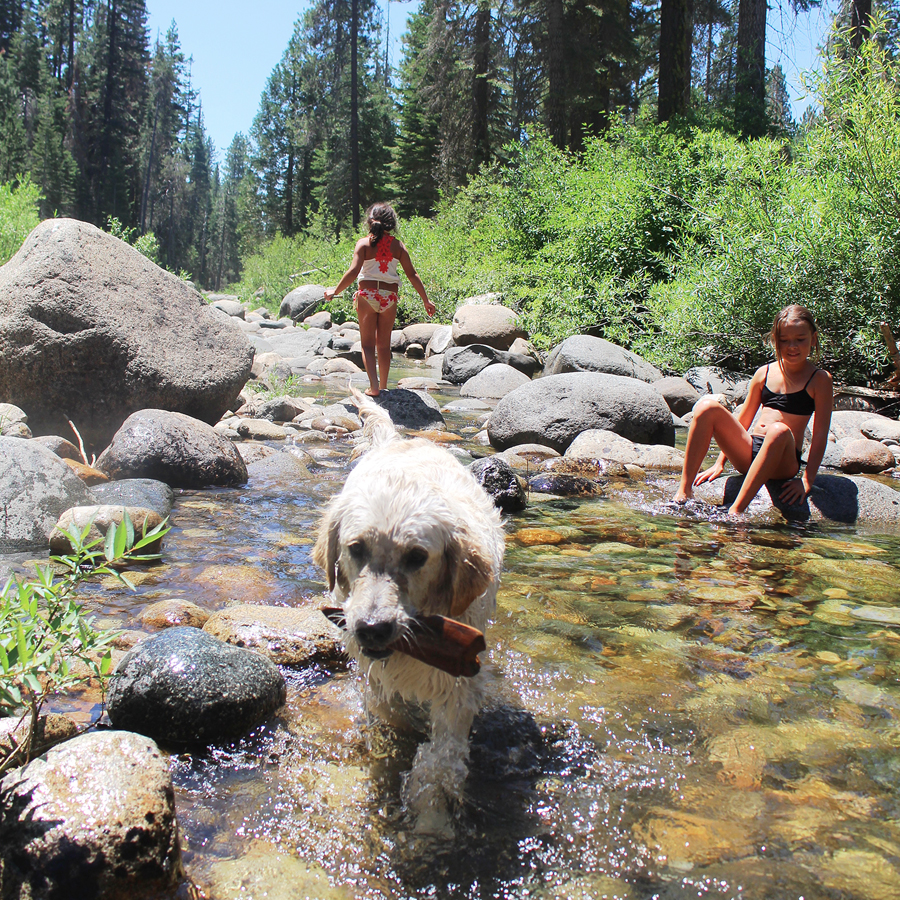 The next day we took the dogs to the creek and Cody was in love instantly. He is such a water dog. You can’t watch him without feeling your own heart explode with joy when you see how much he loves the water. 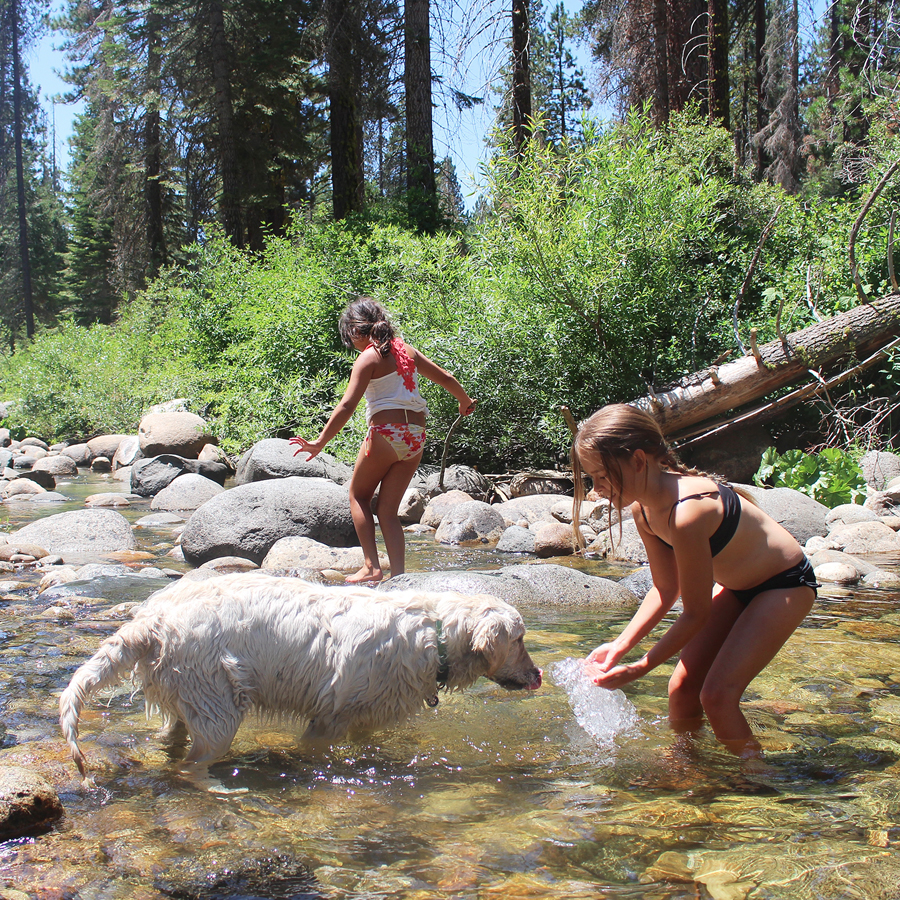 Sometimes he would just walk up to the water and lay down immediately, like he was sighing inside to have finally found his natural habitat. 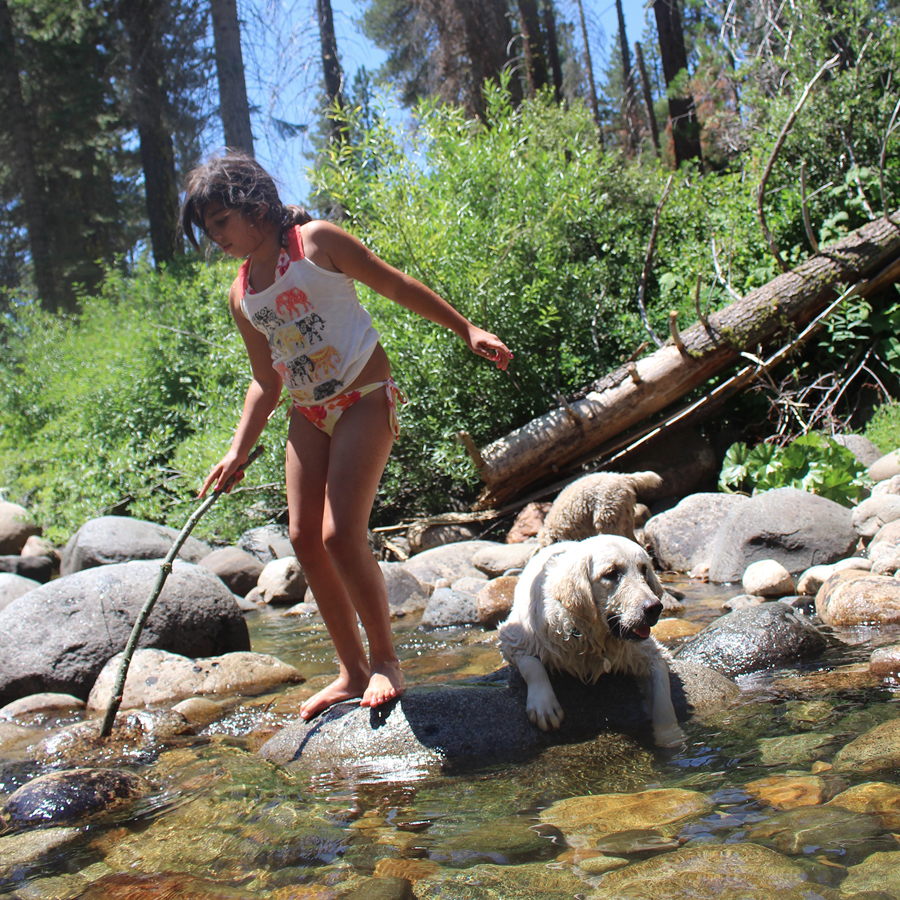 Sometimes he’d high center himself on rocks and just lay there. This dog was completely at home in the stream. 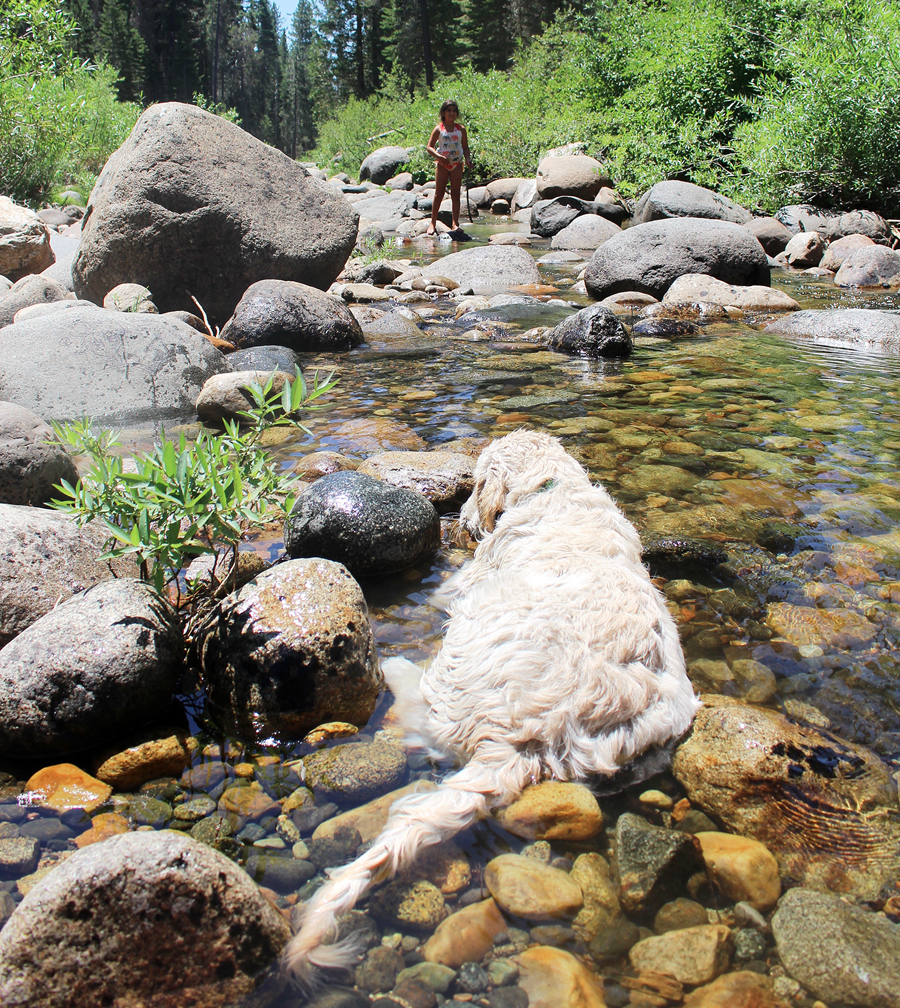 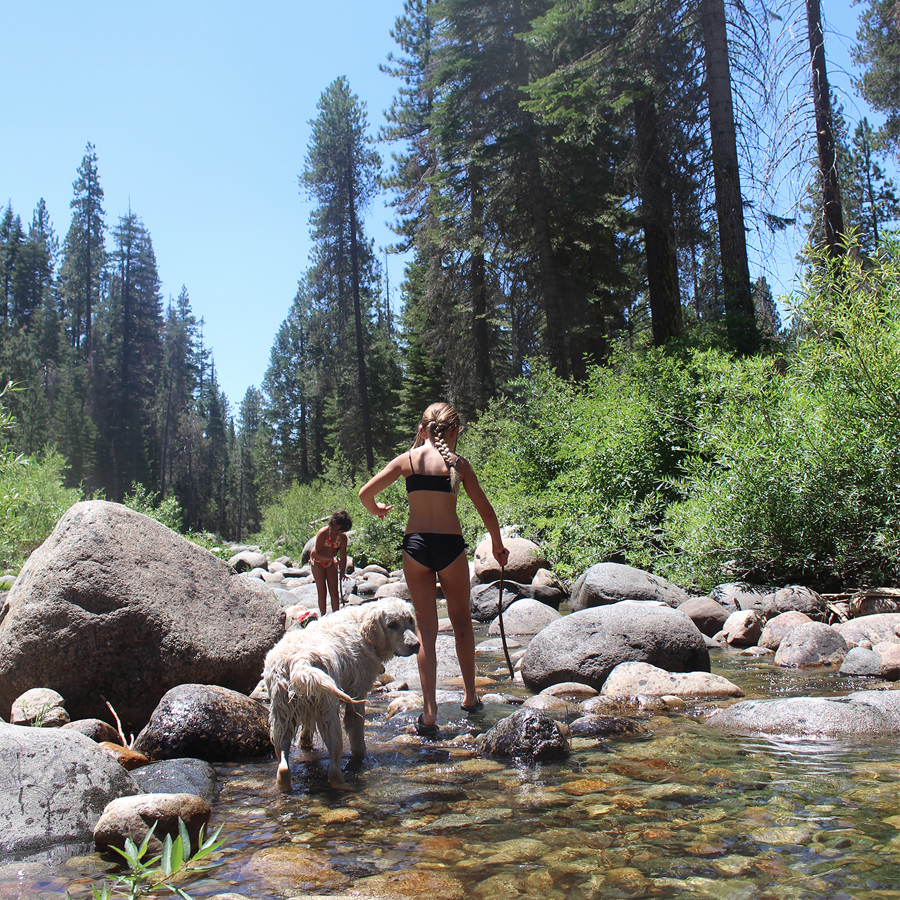 The girls and the dogs could have played in the creek all day and they kind-of did. I secretly wish we lived here and this is what they really did all day. I bet Minecraft addiction wouldn’t even be a problem here! 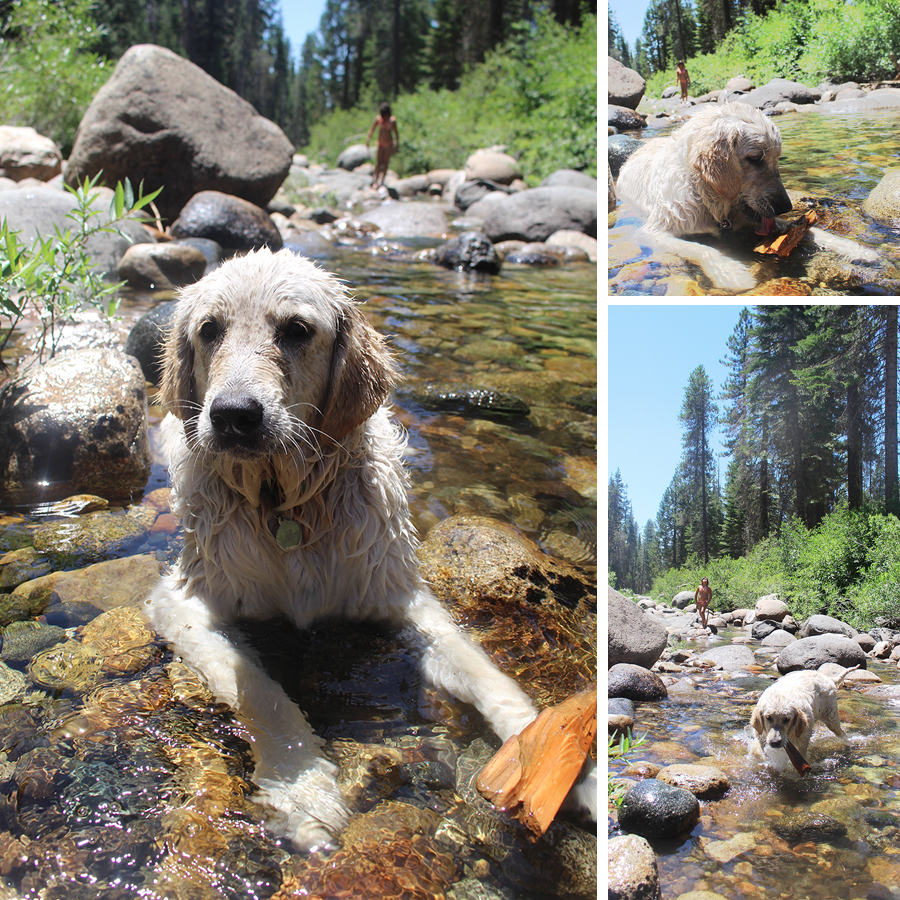 “All I need is this river and this stick”, says Cody in a Steve Martin voice from “The Jerk.” 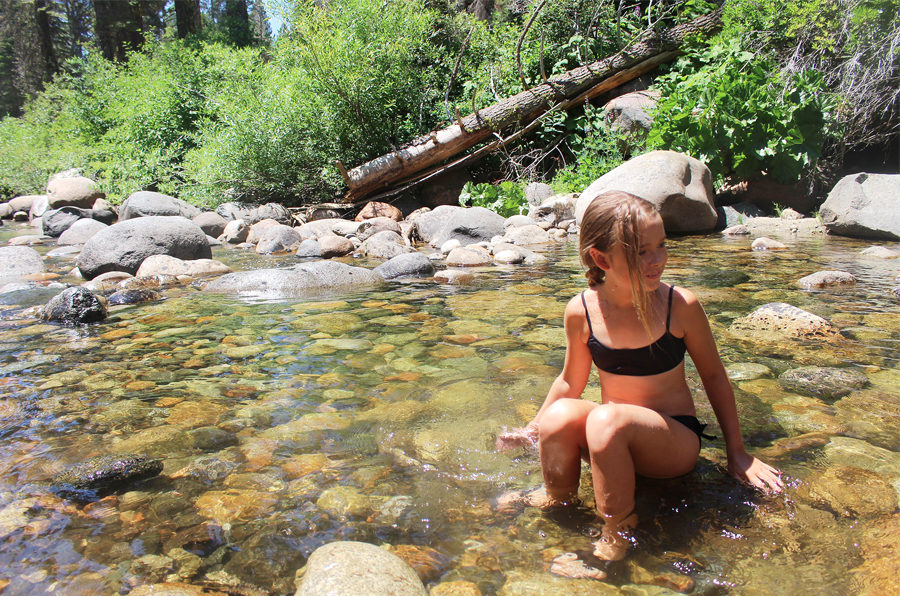 River, river, river… or maybe I should say creek, creek, creek. The water level is pretty low but not as bad as we were afraid it might be with the drought that just keeps going on in spite of the wimpy El Niño year we supposedly had. 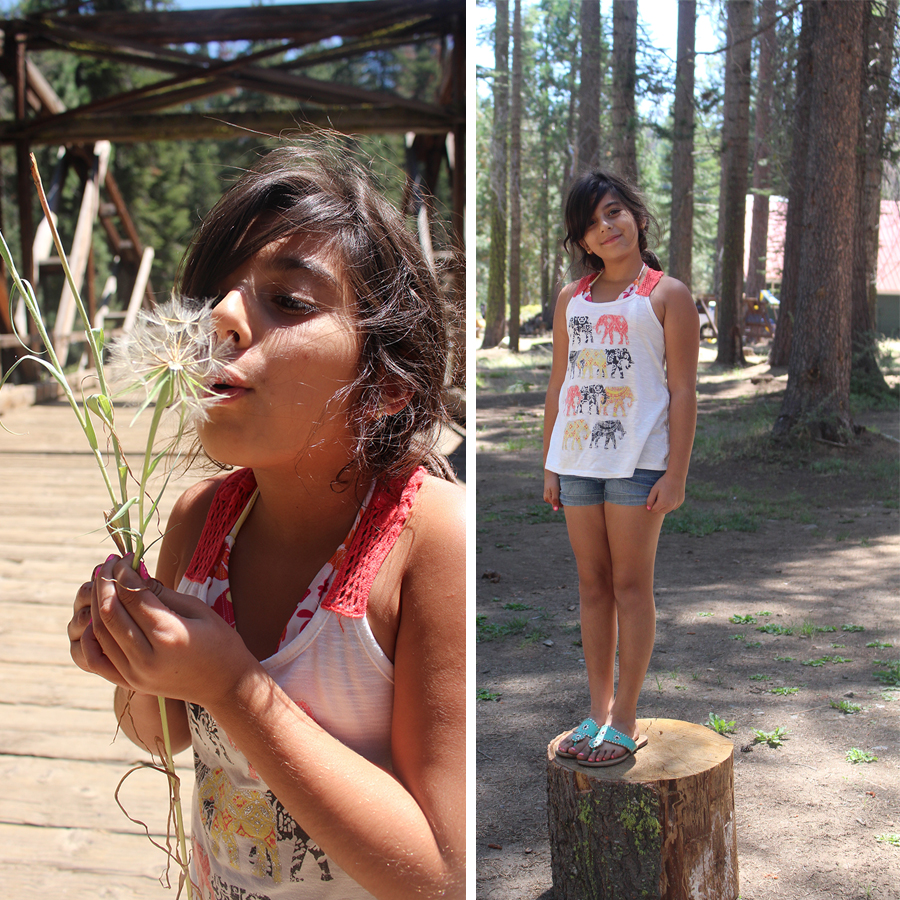 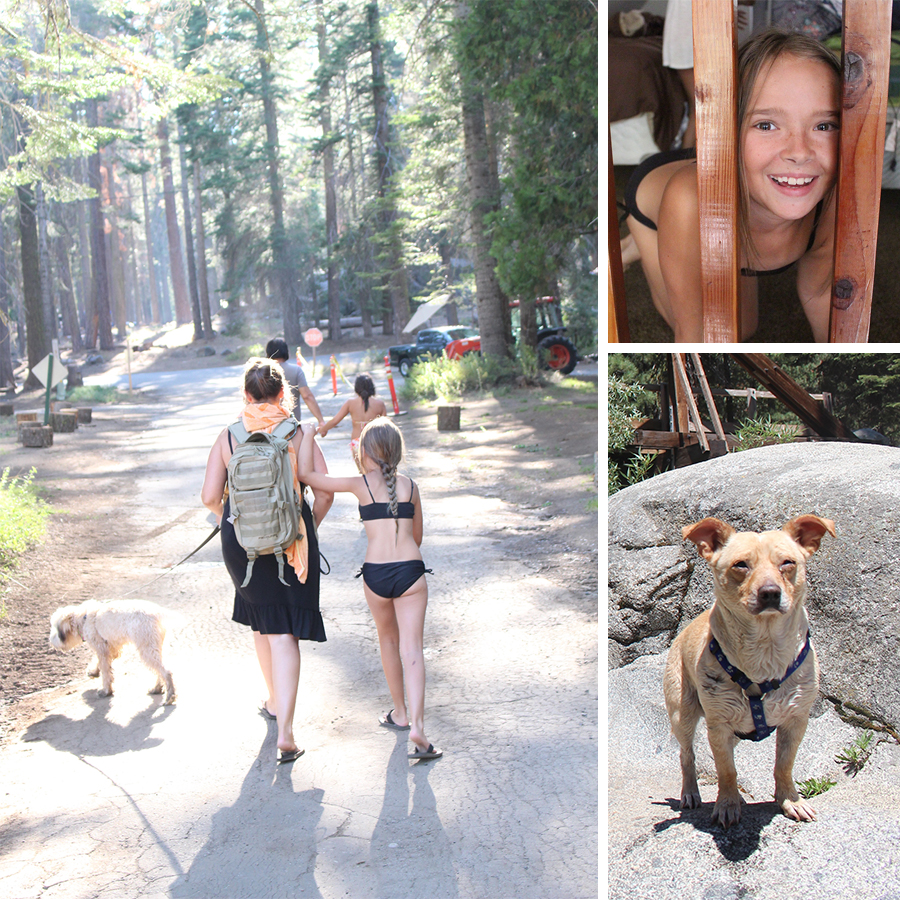 After the river-romping, everyone was wiped out. 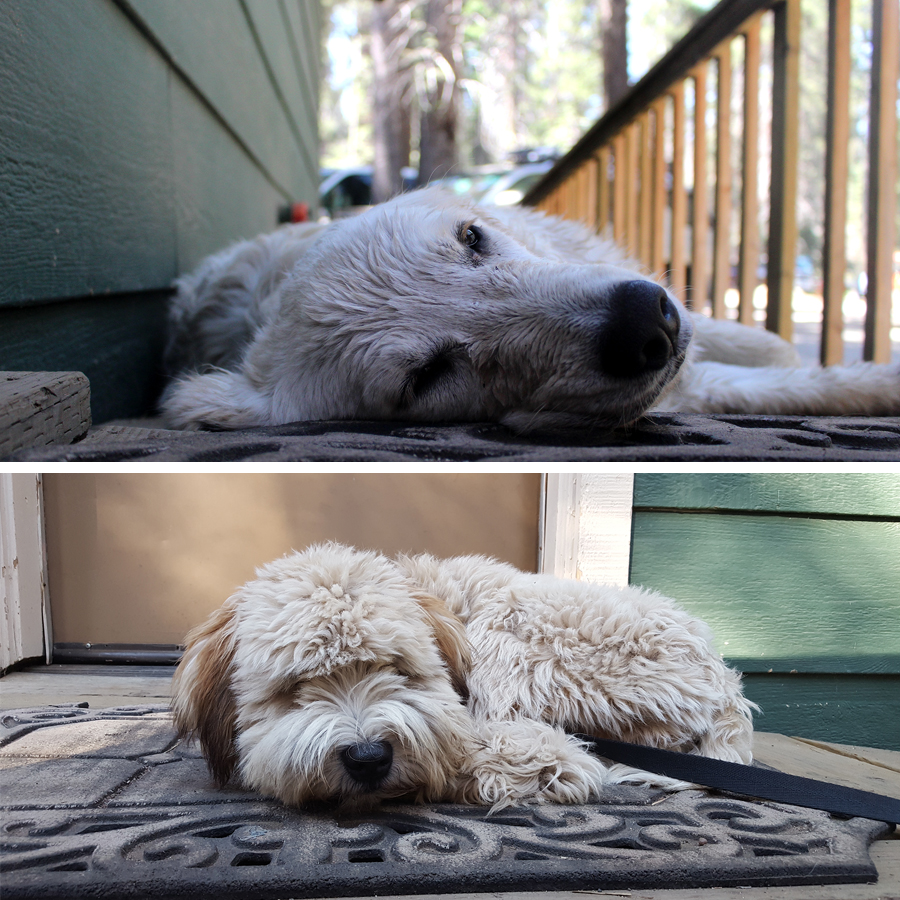 The dogs love camping.  In fact, I think they are a bit depressed that we are now home in boring old suburbia. They stayed outside the cabin most of the day, lazing around in the dirt or hiking around with us and then they slept uncrated (!) at our feet in the loft at night. It was their first night sleeping indoors with freedom and I’m super happy to say that it went pretty smoothly.  They were tied to the railing by their leashes so it wasn’t complete freedom but I had worries that they would gnaw at the carpet or find random socks to eat and they didn’t! They were perfect little puppy angels.  They were also very tired puppies which makes for very good puppies.

See that scruffy mutt? Take a good look at him because he doesn’t look like that anymore. That’s a camping dog right there. 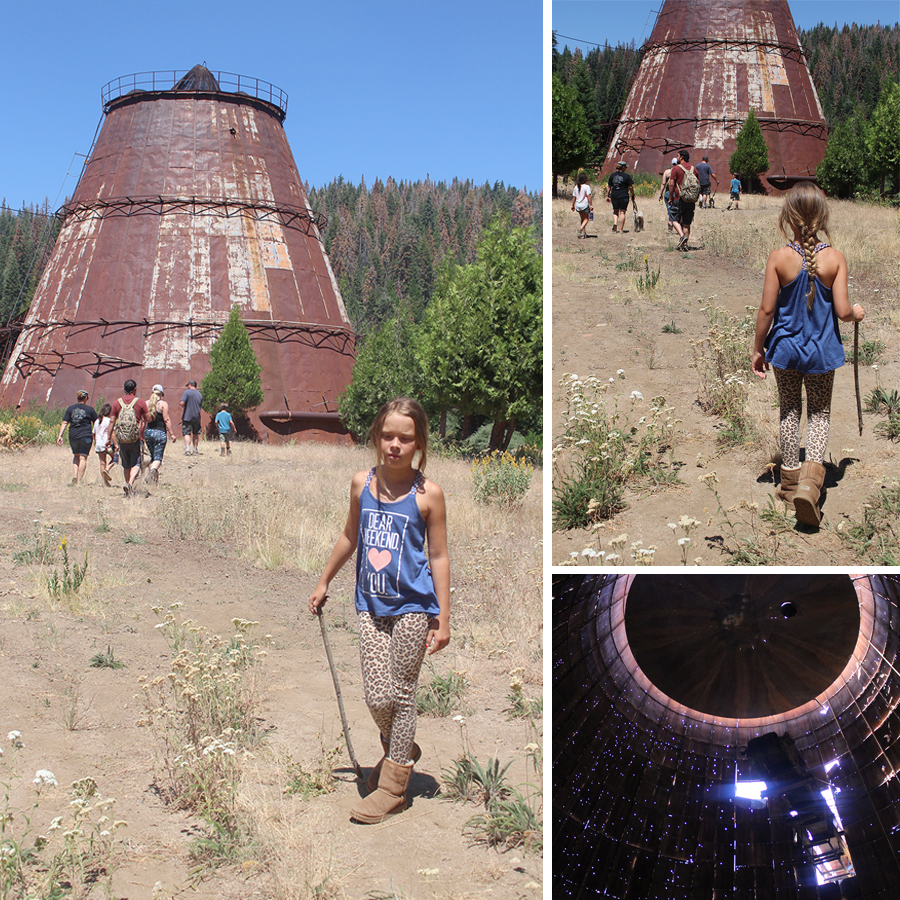 The next day, right before we had to hit the road to head home, we took a quick hike up to an old milling camp that was built in the 1920’s. It was a dry, dusty hike but so worth it. 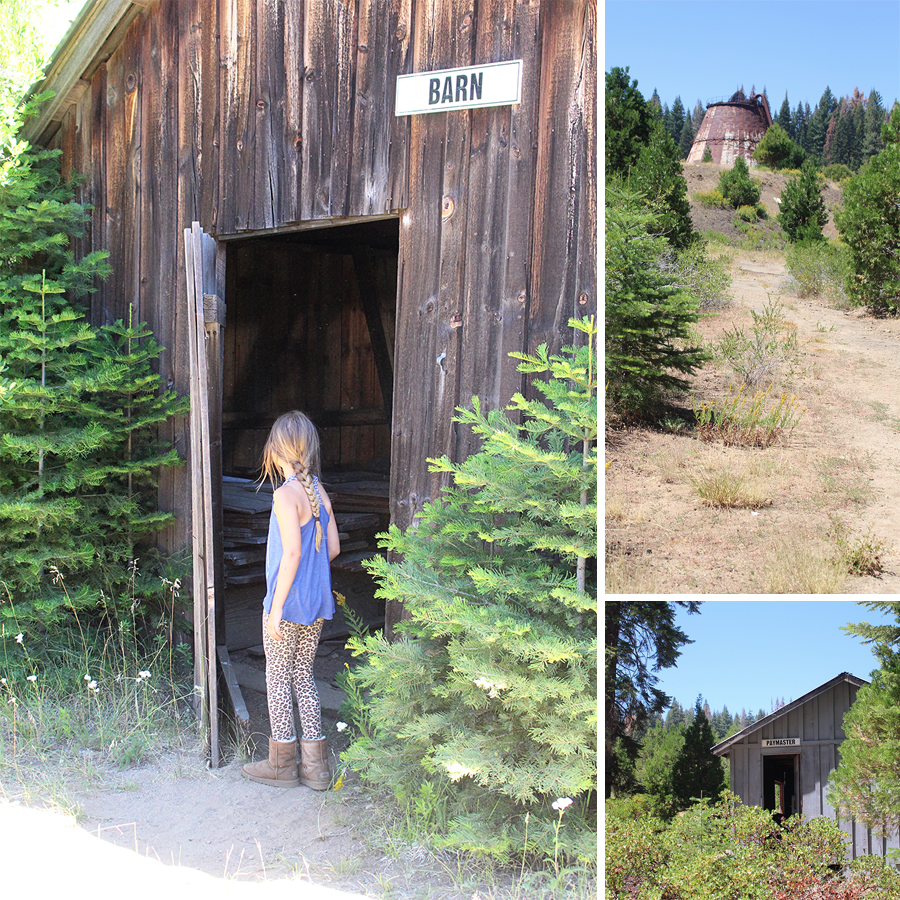 The whole camp is preserved remarkably but yet not protected. It’s open for anyone to wander around and I couldn’t believe how untouched it was. There were even old rusty cans on the store shelves. If this existed down here in Southern California it would be a camp of homeless people or meth labs or burned down completely. It was a photographer’s dream location. There was a tiny bit of tagging inside some cabins but most of it was as if it had just been abandoned in the 30’s and never touched again. 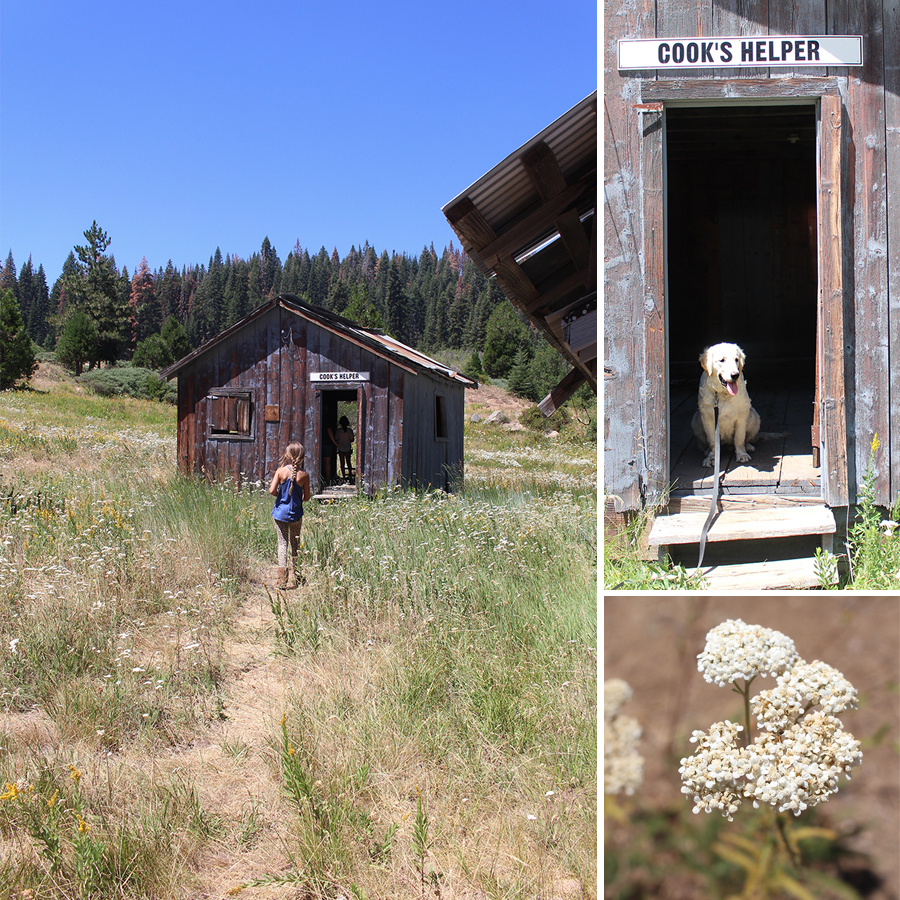 Cody was kind enough to pose for me. 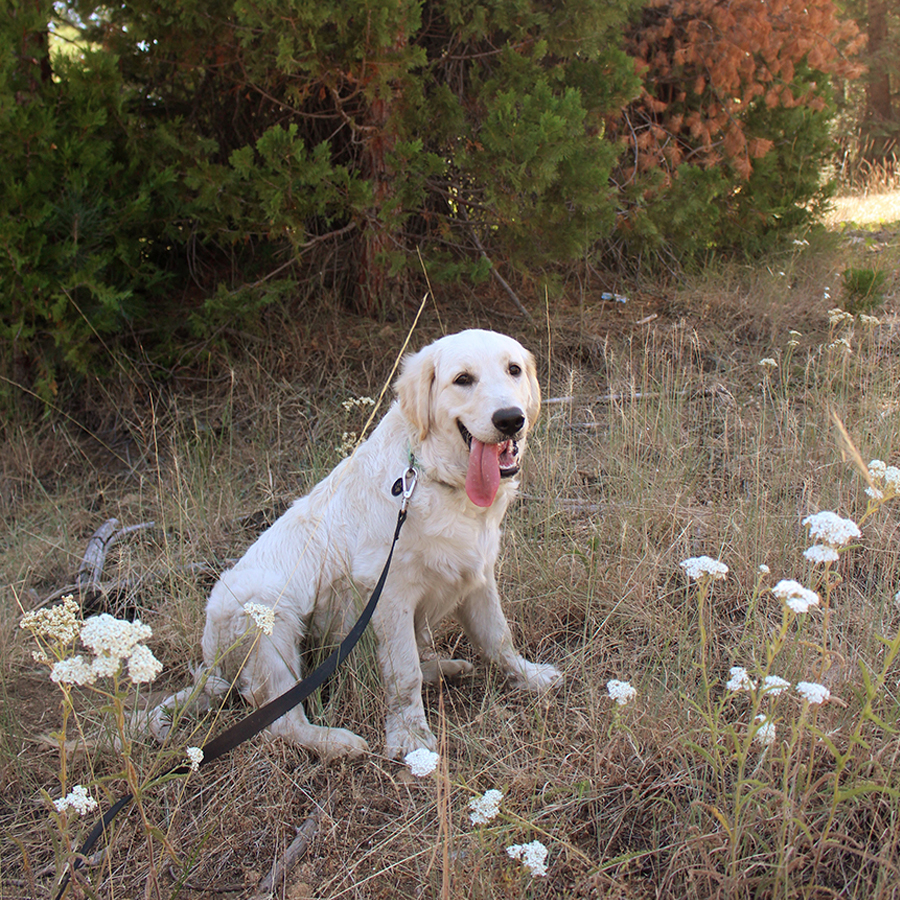 He’s such a pretty boy. 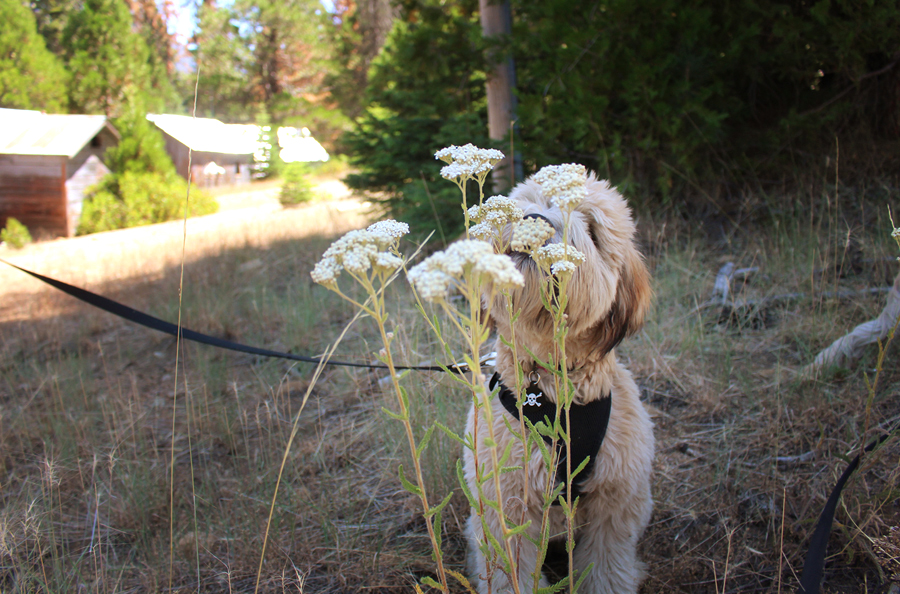 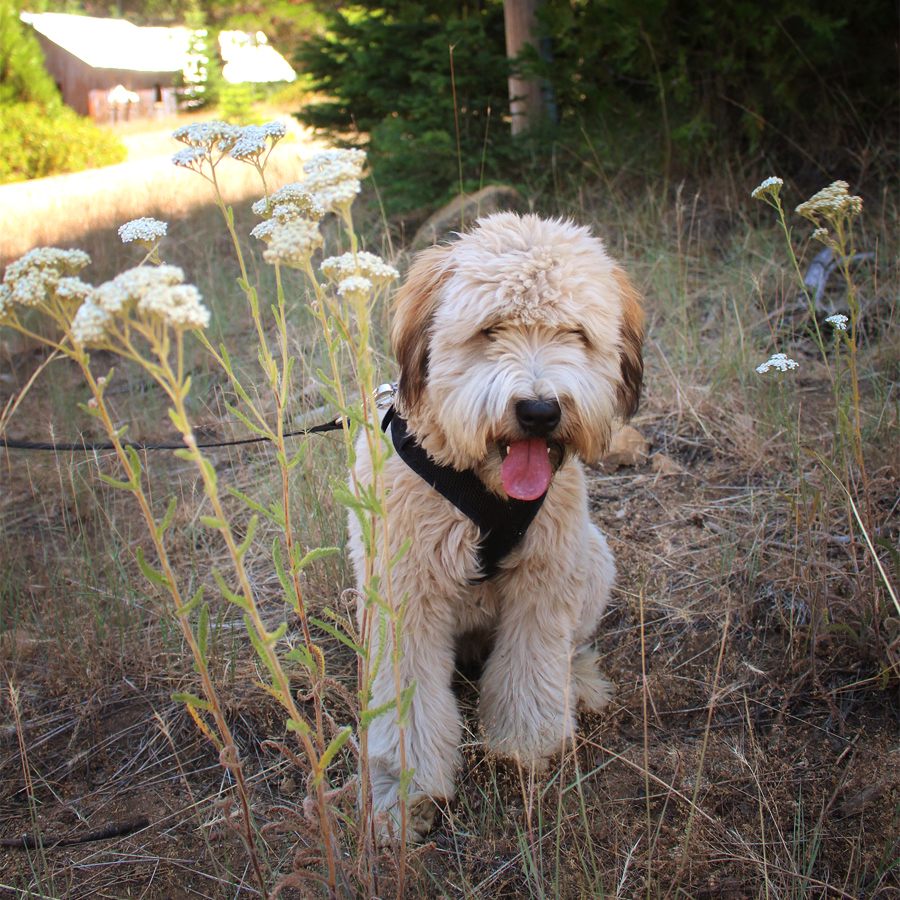 Whiskey is so funny with his scruffy fur that grows over his eyes. He constantly looks like an old stuffed animal that has been well-loved and not washed. 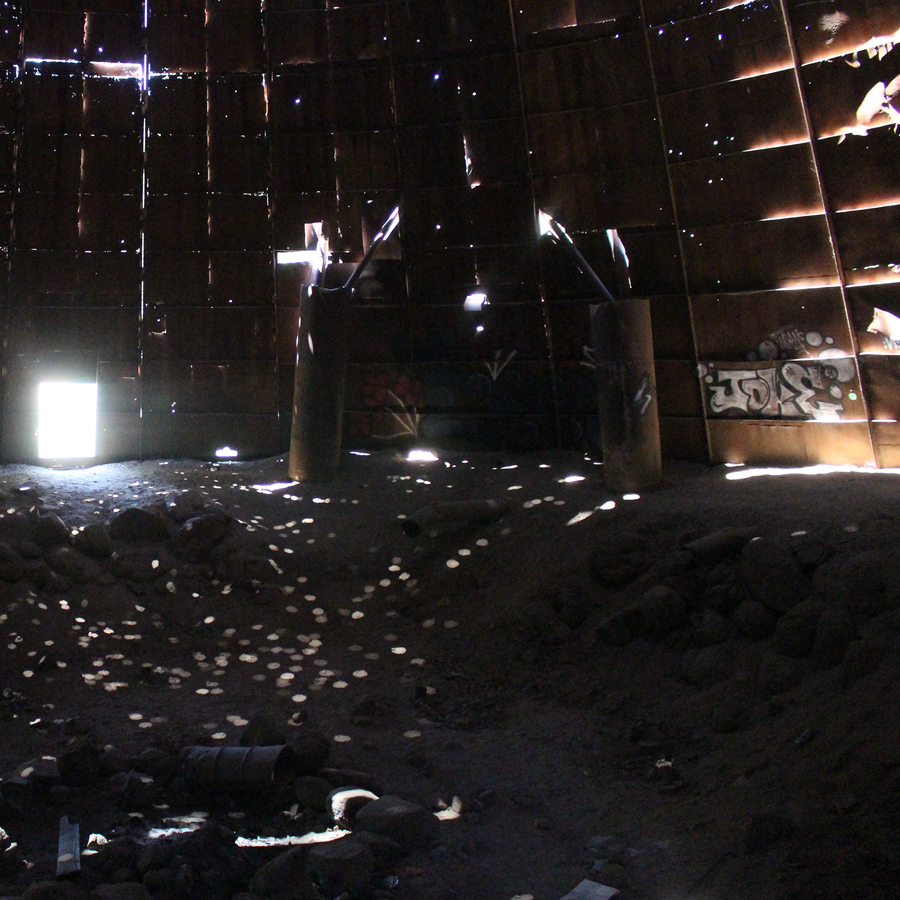 So anyway, the mill. We went inside and it was huge. It was dark and all these little holes in the exterior shot tiny beams of light down onto the floor. It was so pretty and expansive, it kind of felt like you were stepping into a cool, dry, dusty observatory and the tiny beams of light looked like stars. 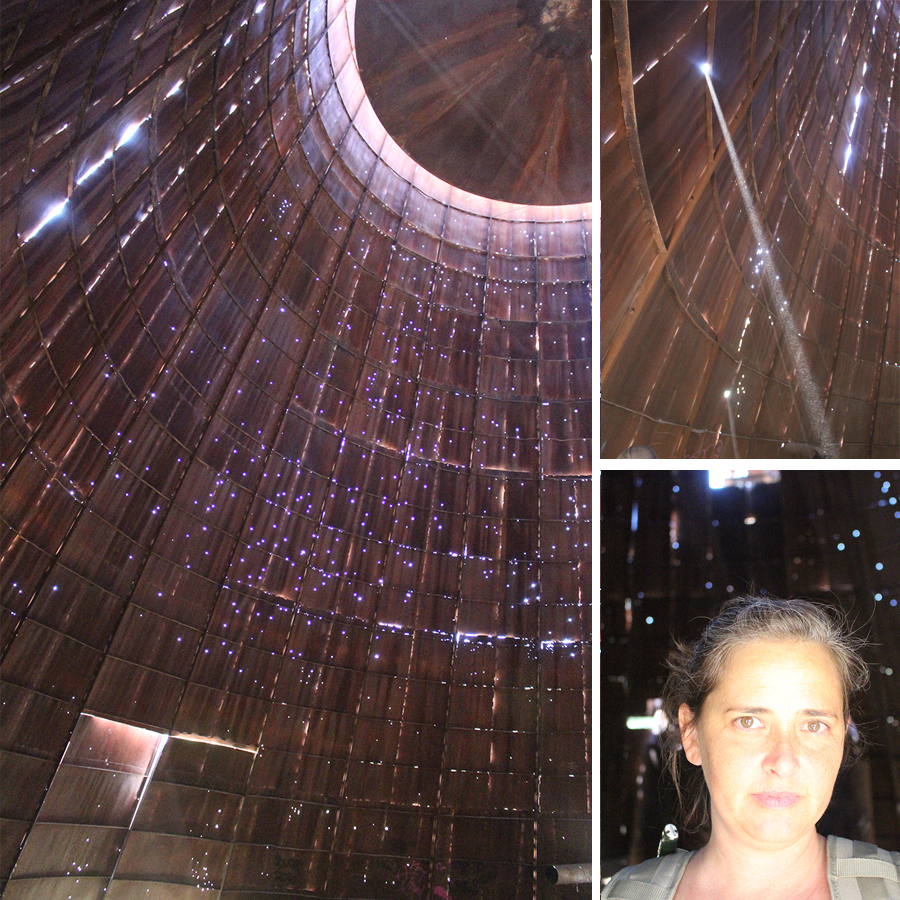 The inside of the mill just added to my  photographer’s dream location. If I lived here I would come back constantly to shoot portraits. Bug took one of me but of course I don’t like it much because you know, I’m old and vain and stuff. 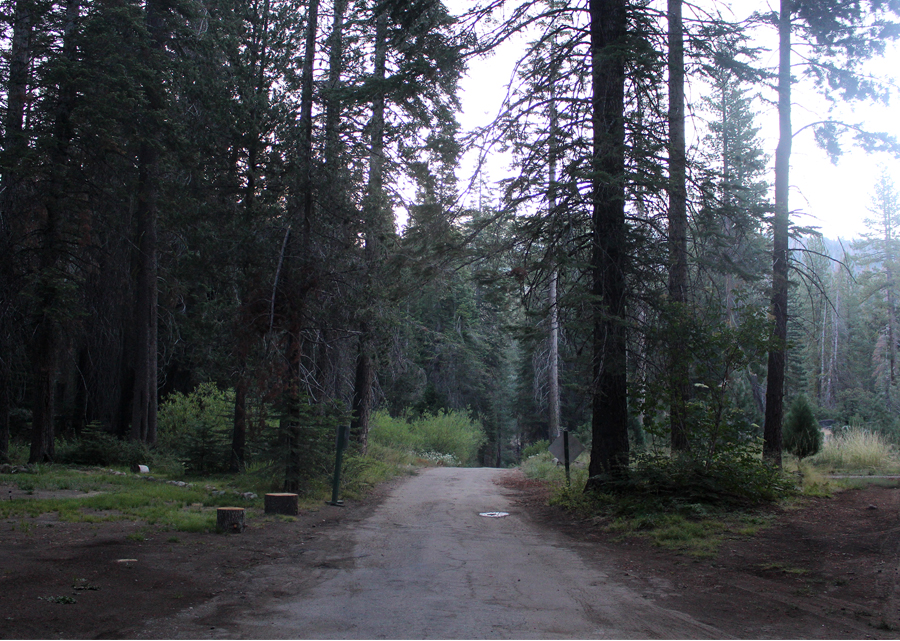 I really love this time we had at Dinky Creek and I’m always going to hold a special spot in my heart for this road going down to the creek and this cabin. It was cute and little and just right. 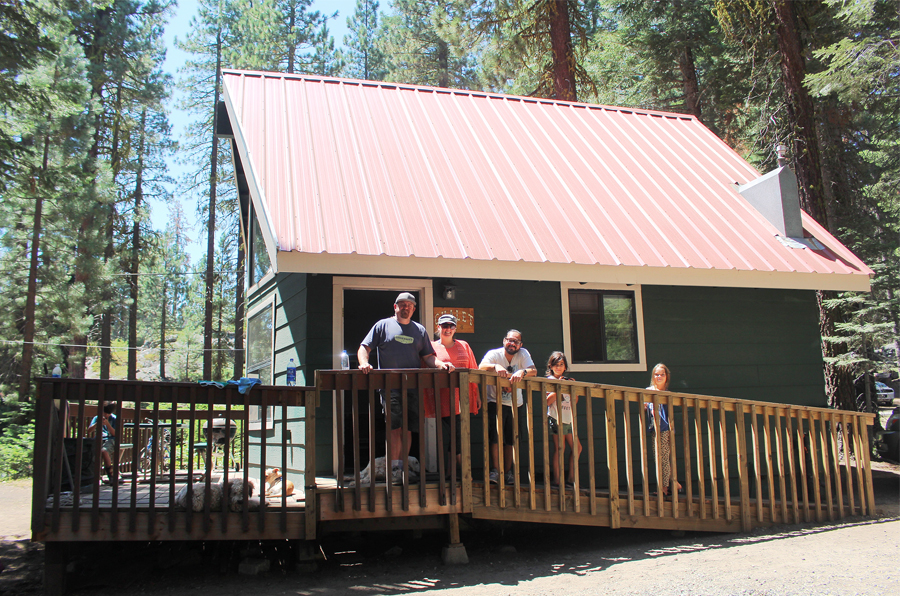 And these people!  They are always so good to us! Until next time guys! 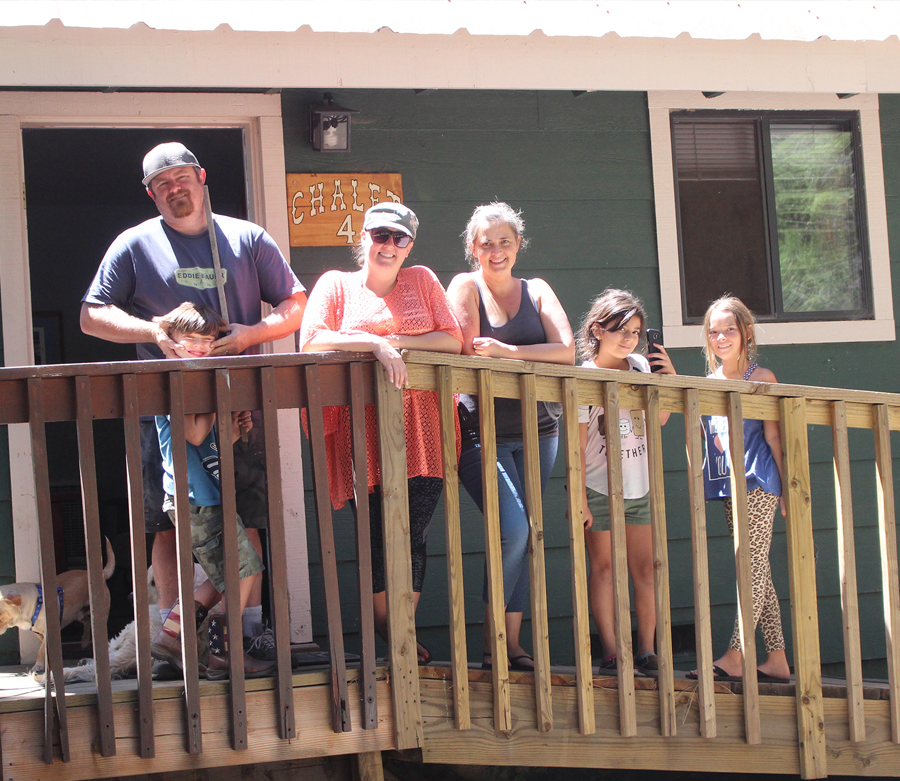 It was our last camping trip and it was short and sweet and to the point. It was perfect for making good memories so we can start another year of the regular boring old grind. Just kidding! We love school too but you know what I mean, it’s nice to end summer feeling like you did a lot. Like we tied a bow on it.