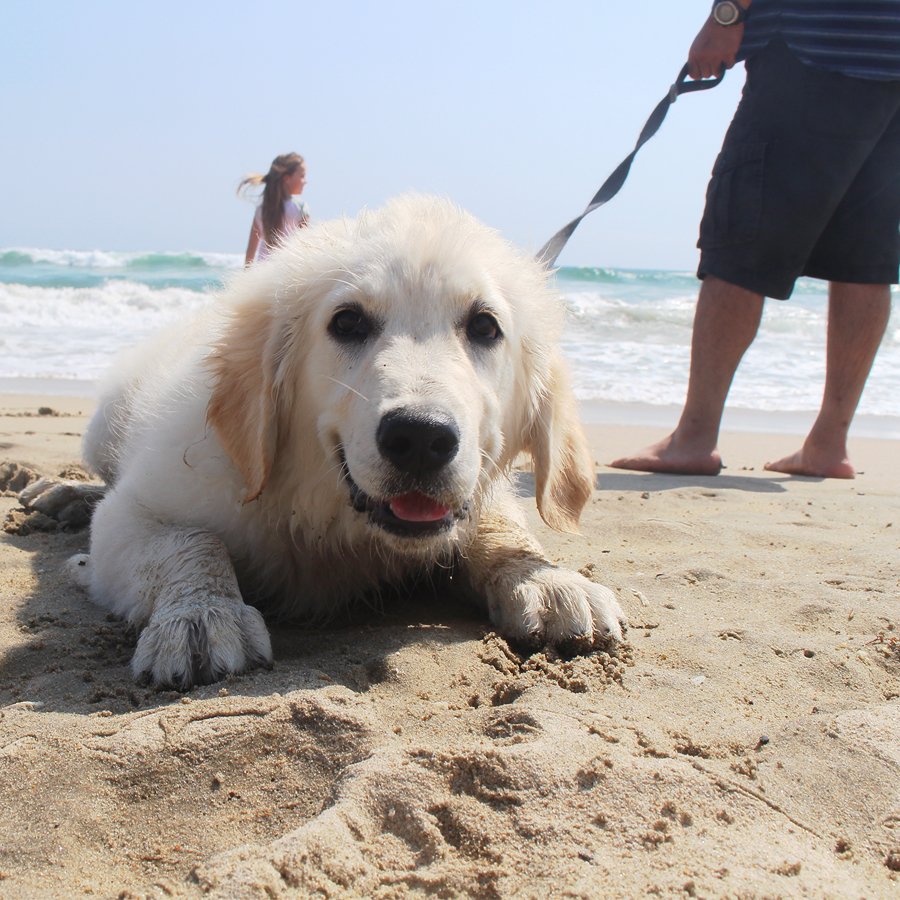 We took the puppies to dog beach yesterday. We took them to the dog park last week and that completely blew their little puppy minds so we were quite excited to show them the great big ocean. 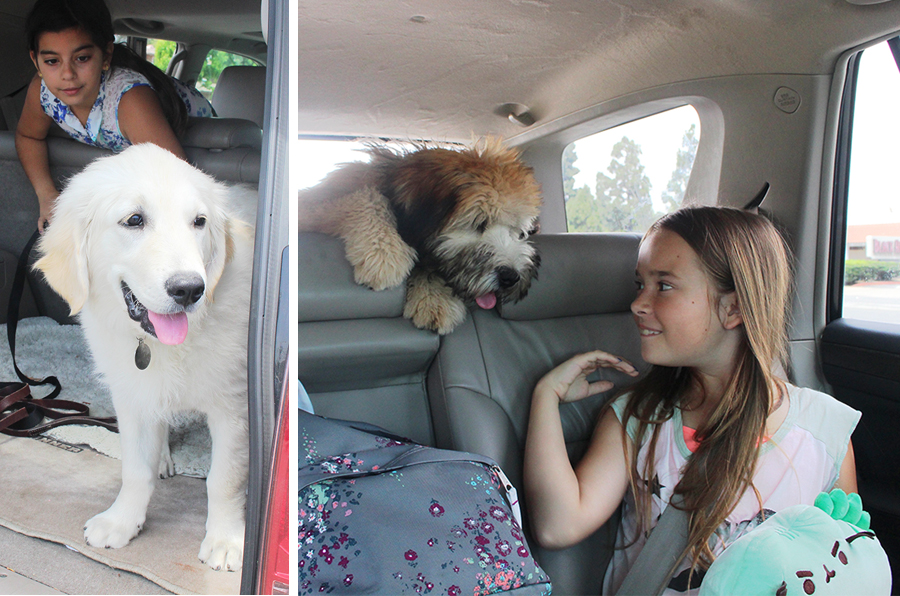 They are finally big enough that they are starting to love going in the car which is a dream come true for me. I always wanted to have a truck and a dog that went everywhere with me.  Of course the realities of puppies riding in cars is a little more messy, whiney and crazy but it’s still mostly on the fun side.  It’s challenging and almost impossible to keep the puppies in the back and not in the middle seat with the girls so you can imagine all that fun the whole way to the beach. 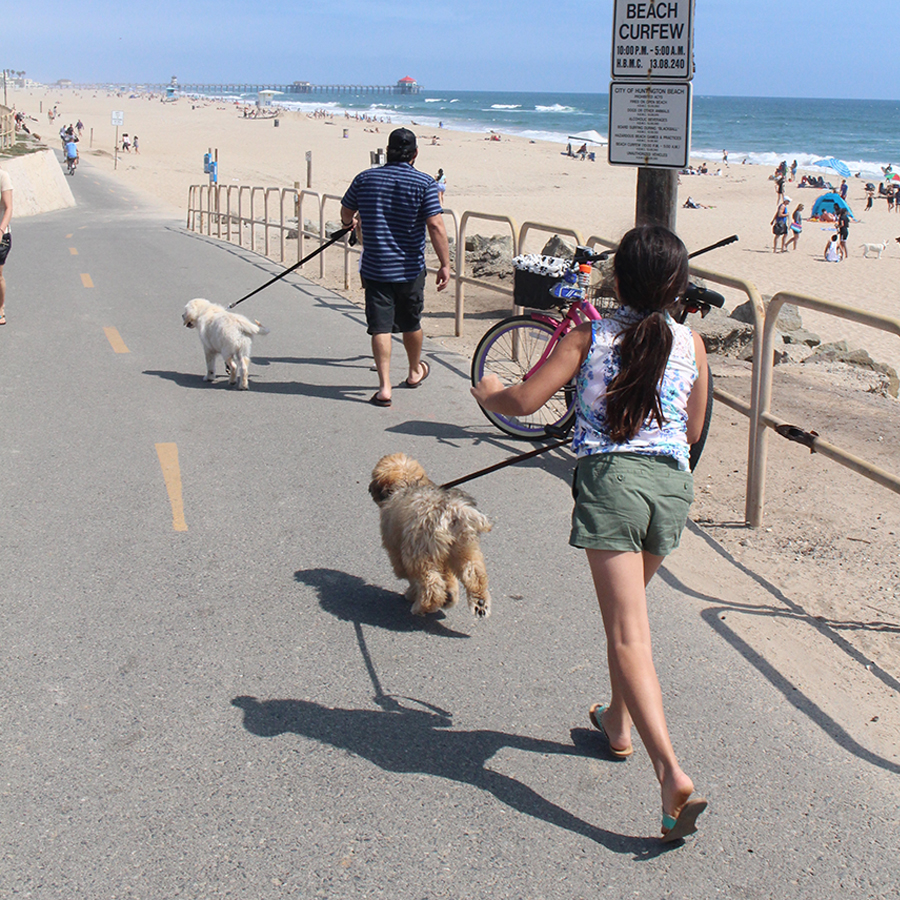 But we made it and off we all zagged to the sand, anticipation drooling from our mouths. 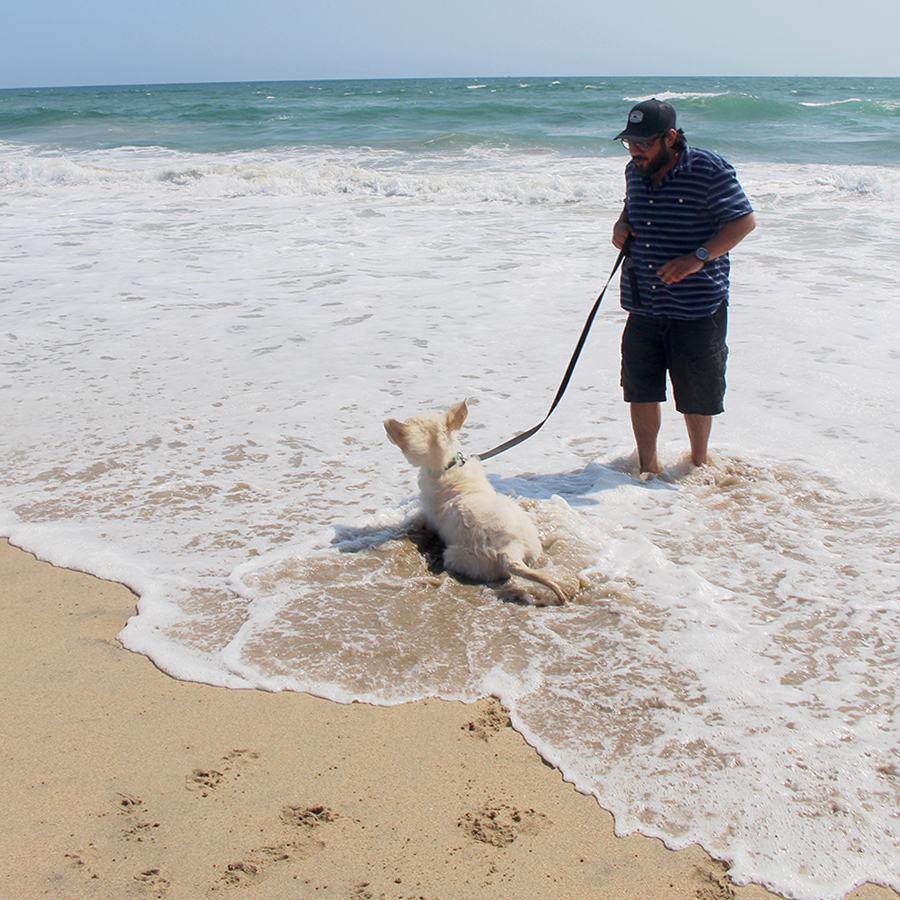 Wait, hold up. What?!!  You didn’t say there would cold wet stuff rushing up to get me! says Cody. He was not a fan of the water. Sand and sea weed are great but that water stuff, no way.  He was kind of a wus at the dog park too, immediately rolling over onto his back and showing his stomach at the least little interaction with other dogs. Maybe he’s just too young still. 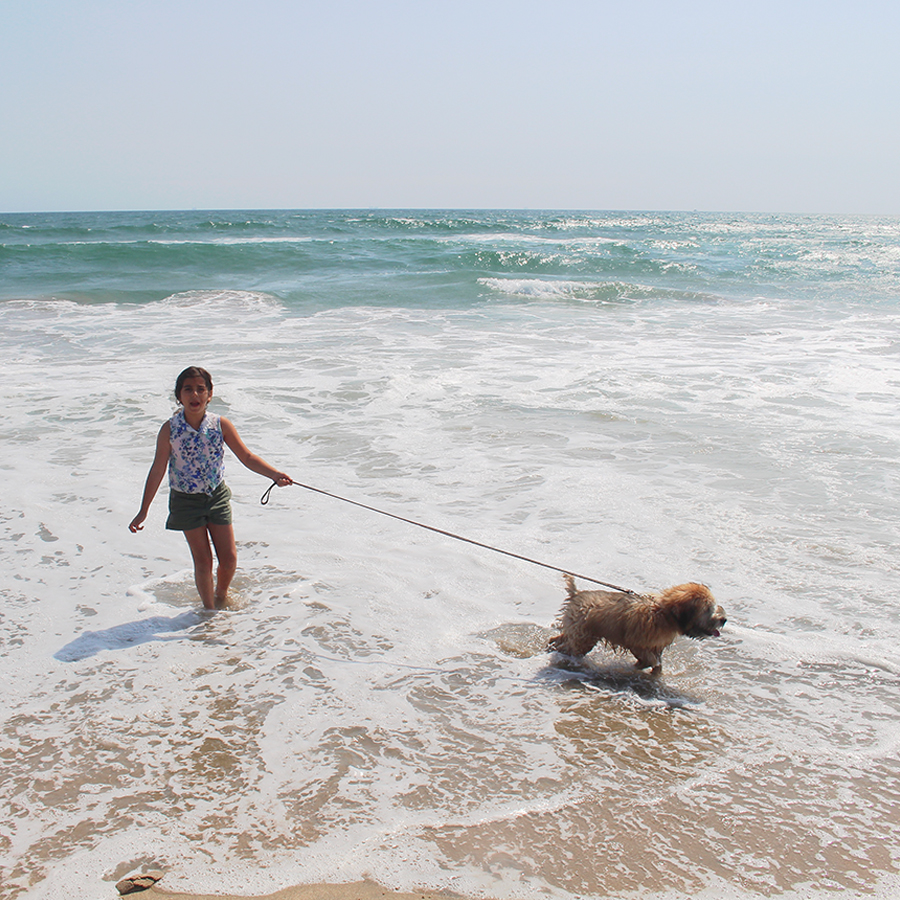 Whiskey, on the other hand, is a true adventurer (just like Joon) and LOVED the water. He was off and running and couldn’t get enough. It’s like he throws himself at the world full force. I think he is happiest with wind in his hair.  Towards the end he got a little cold and was more interested in chasing other dogs than waves but it’s not like he was afraid of the water like his big wus of a brother. 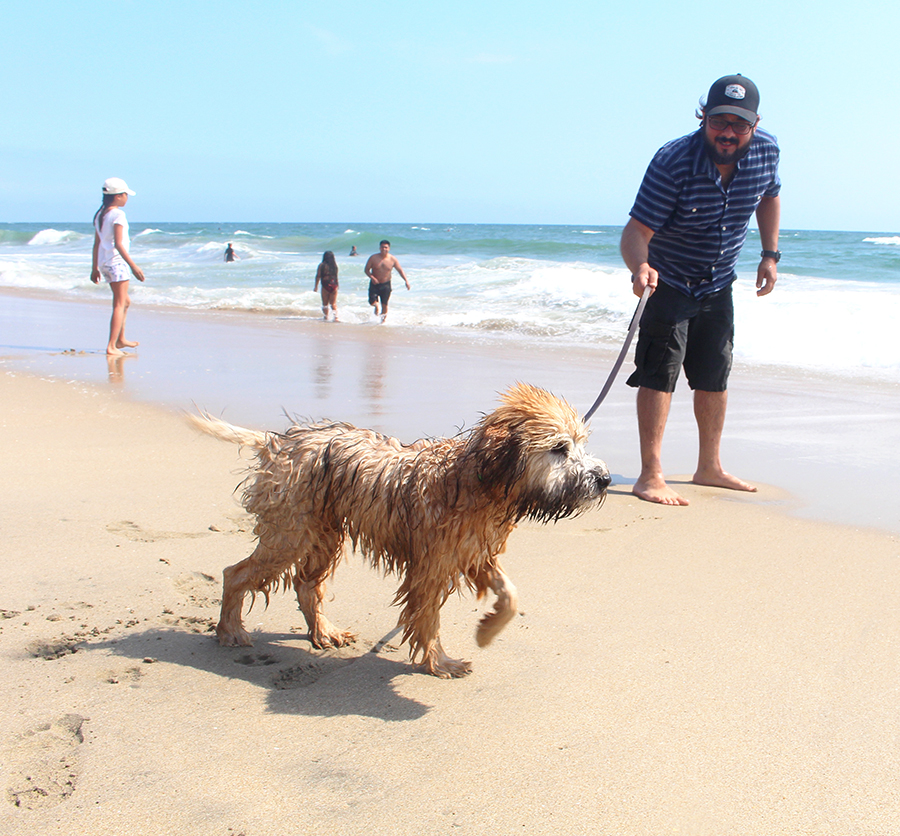 I think we washed some of Whiskey’s puppy fur off in the waves. 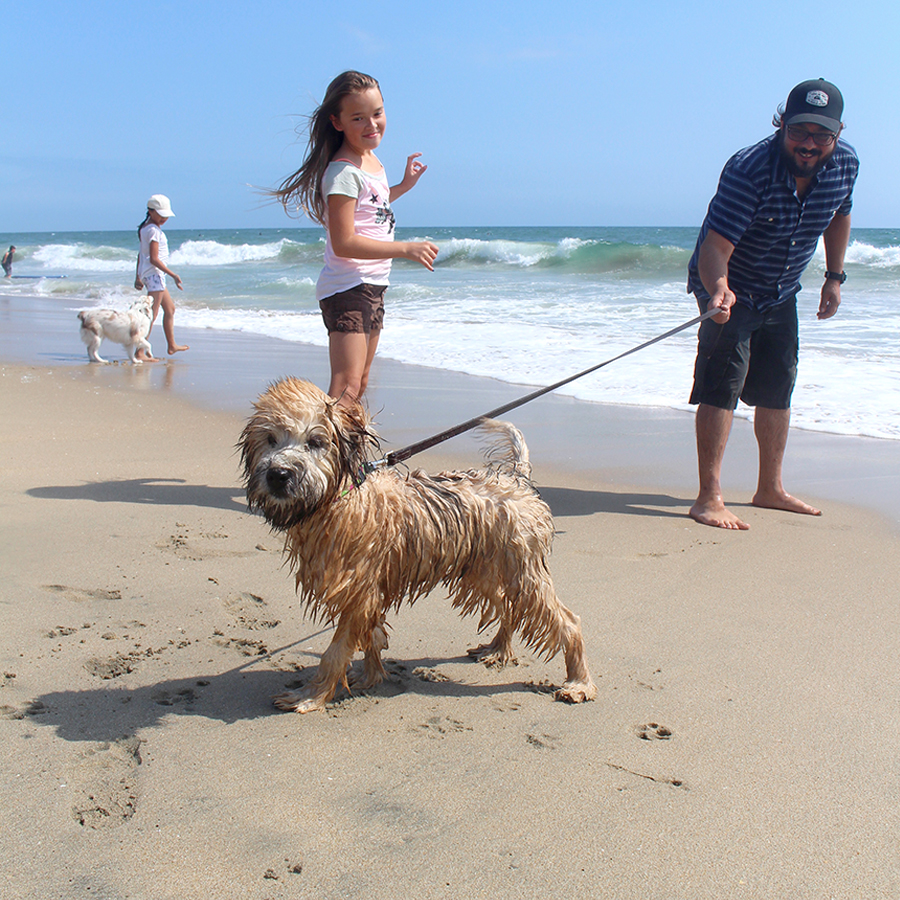 Admire my skinny dog legs. I like to call this look “beach chic.” 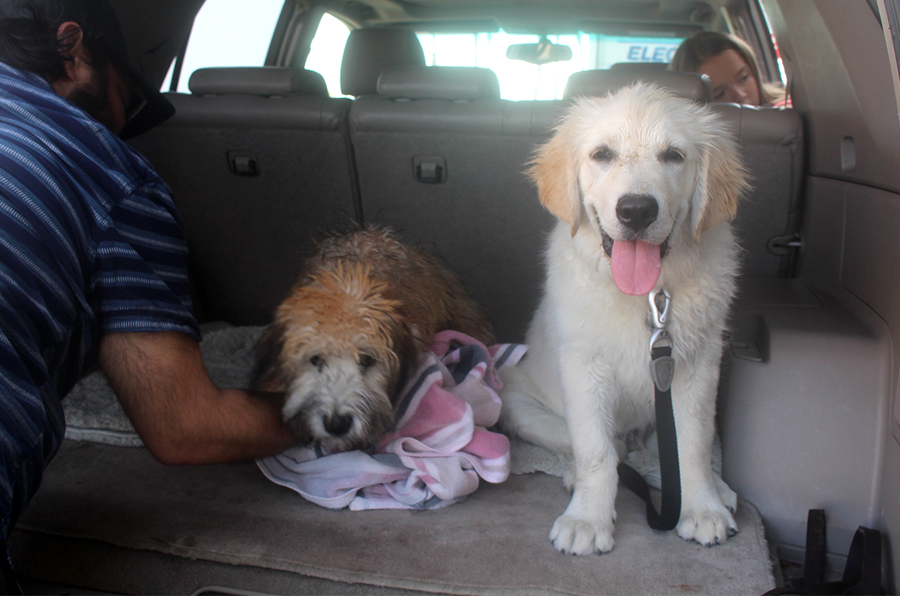 After an hour or so of chasing them around and trying to keep Cody out of people’s lunch sacks, we finally decided it was enough beach for the day. 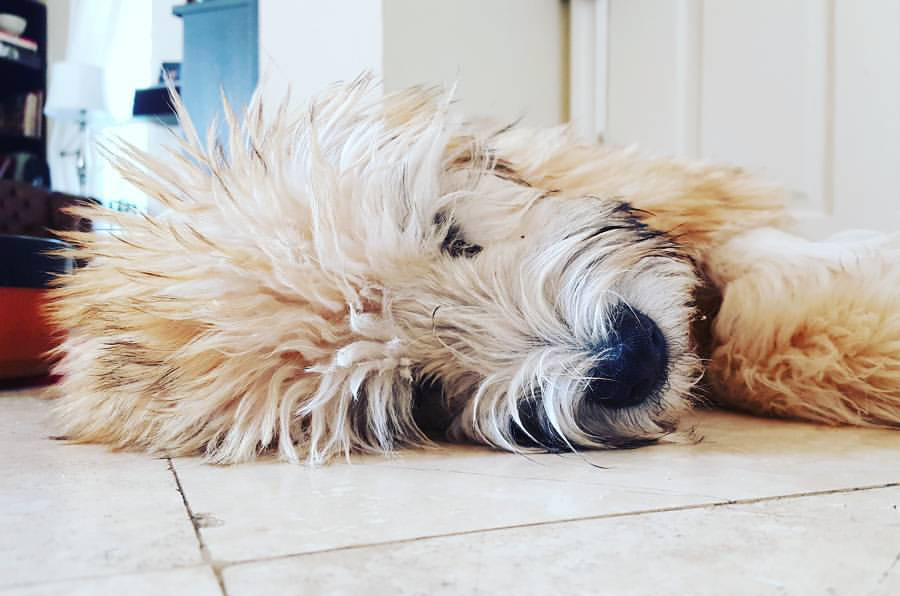 We came home, the dogs flopped onto the cool marble floor and they slept until the end of time.