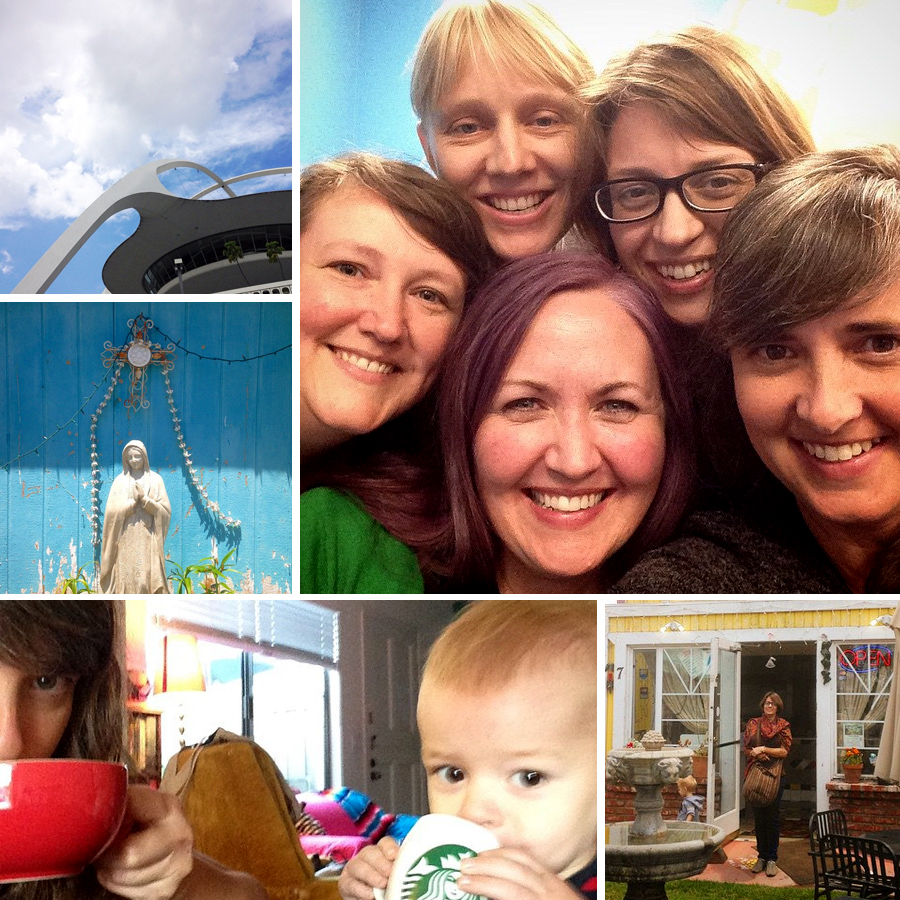 My mind is full of this week but I can’t write about this week until I write about last week. Last week was the week of visitors from other lands. I love having company but man, wham bam I had a lot of it!  First Carrien arrived from Thailand and we spent the day traversing Los Angeles and Hollywood in search of Mexican Food, the Thai Consulate, Post Offices and Banks in order to procure her visa paperworkedness. I am not good at talking and driving at the same time so you can imagine the fun that ensued. But it was fun and of course I love spending time with Carrien even if I am turning the wrong way and going the wrong way and getting us later and later to things.

It was really fun to have a two-year-old around again. Her youngest is very affectionate and took to me right away. It was almost like having another Bug for a day. He drank coffee (foamed milk for him, latte for me) with me. He threw himself at me and let me tickle him as much as I wanted. It was really lovely. I do miss two-year-old Bug. She was something else. But nine-year-old Bug is pretty great too. 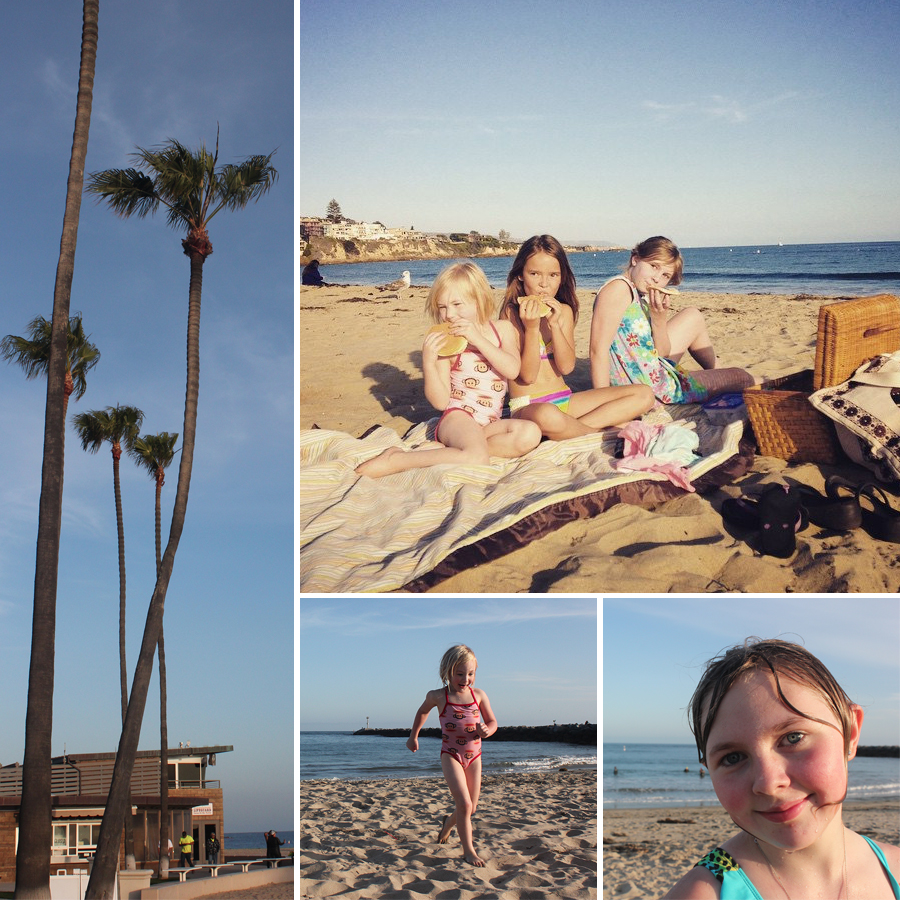 Then the Gronbergs came to visit from Japan and that was extra nice. Carrien left and the next day they showed up. So we went to the beach, like you do when you’ve been missing the beach. It wasn’t all that warm but the kids got wet anyway. Like they do. Bethany and I stayed nice and warm on the sand. And just when we were talking up the storm the kids decided they were freeeeeeeeezing cold and we needed to go home right away and get in the hot tub. 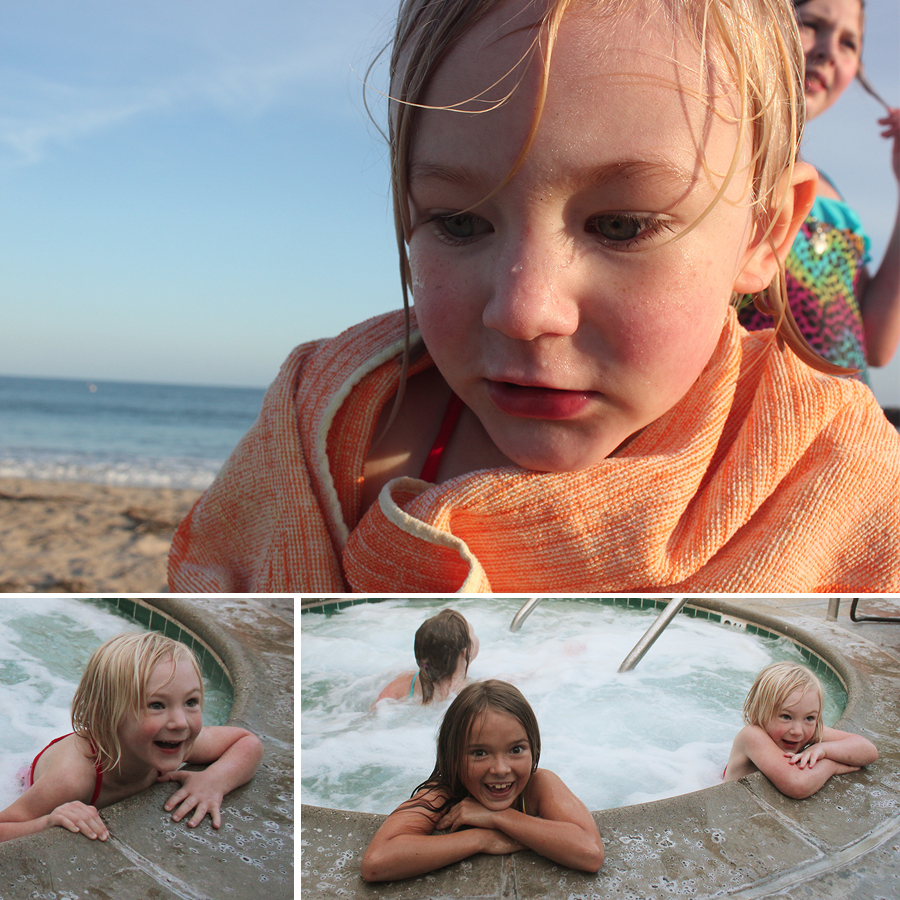 Because nothing washes off sand and warms you up better than an apartment complex hot tub that you don’t have to clean up. If I ever live at the beach again I hope I’m a gazillionaire so I can afford a jacuzzi. It’s so much better than traipsing sand into your house or hosing off outside.

They stuck around long enough to shoot a craft with me and have many many lattes. Doesn’t Elliora just crack you up? It’s good to have old friends back in town. Next I’m plotting to visit them!

7 Comments → The Week of Visitors