posted in Apartmentlandia, elsewhere!, The Hood on November 24, 2013 by SAJ 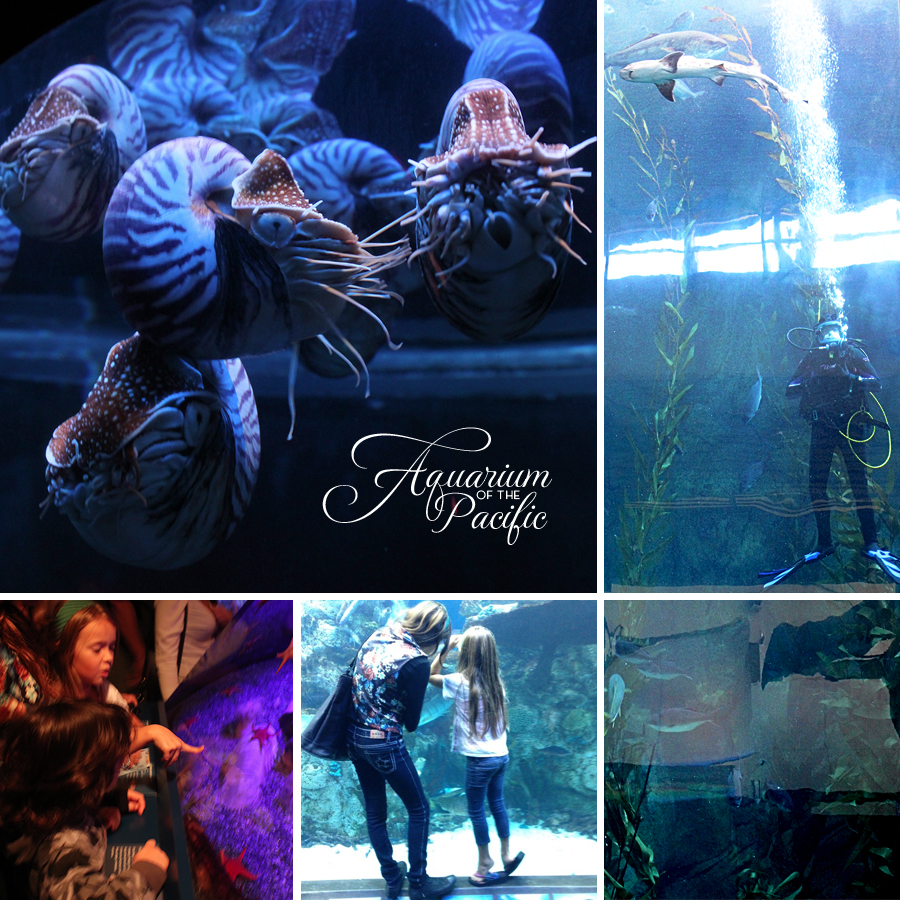 The other day I got a press release from the Long Beach Aquarium of the Pacific saying they were going to have a special Sponge Bob Appreciation Day at the Aquarium. Something about feeling real sponges and a movie about Sponge Bob and the jellies.  I don’t usually pay attention to press releases because I get a lot of them and I hardly have time to cover events anymore.  But when I saw that it was a Sponge Bob event,  I read a little further.

As you probably already know from past posts, I have neighbors who are refugees from Iraq. Everything is new to them because they’ve only been here a few years and they don’t have a lot of money to explore their new country.  Mohammed, the youngest, looooooooves Sponge Bob. Like really, really, really loves Sponge Bob. He’s five.

This last summer when I asked Mohammed what kind of backpack he wanted for school this year he went on and on and on for probably twenty minutes about how he really wanted a Sponge Bob backpack. It was hilarious.  I’m not even a huge fan of Sponge Bob but Mohammed is so cute when he talks, it makes me want to rush out and buy him every single Sponge Bob thing I can find. I shared this with Isabel from Alphamom and she pulled a few strings and got him one to thank him for all the times he’s modeled for me for my craft posts. 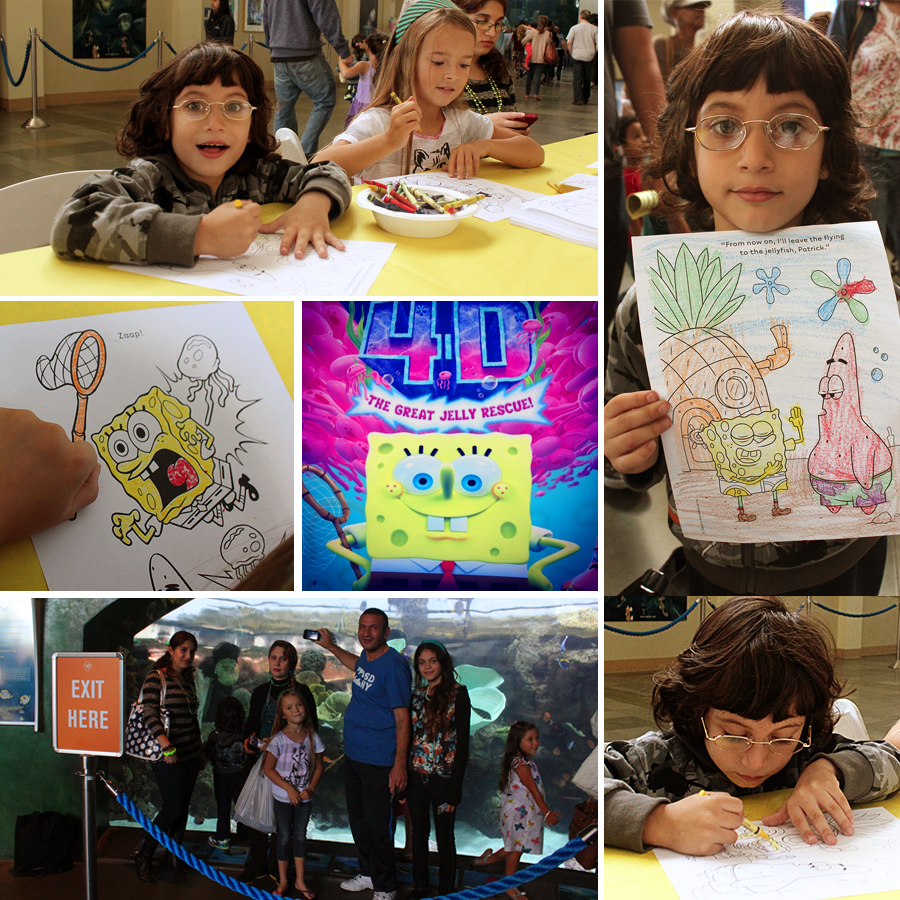 So I emailed the Aquarium and got us some tickets. It was best thing ever. It completely blew their minds.

Taking the Alameens (that’s my neighbor’s last name) on a trip is always kind of challenge for me, personally. You can’t just take one of them. You have to take all of them and they don’t always completely understand my schedule the way I do. Let’s just say I think their sense of time is a little more relaxed than mine.  Sort of like in India where you can wait for a train and it will be four hours late and everybody accepts that as fate.  It’s been a learning experience for me.

Through trial and error I have learned to relax my rigid schedule. I have learned to stop trying to micromanage. I’ve learned to step back and watch them enjoy themselves which is actually really enjoyable to me. Because they really, really, really enjoy themselves. It’s so refreshing and humbling for me. I get myself all worked up about getting somewhere and being on time and then I rush, rush, rush through it all. They don’t rush. In fact you can’t force them to rush. It doesn’t work!  They enjoy every minute at their own pace. Mr. Alameen had to buy more memory for his iphone because he literally tried to film the entire aquarium. It was so funny and sweet. 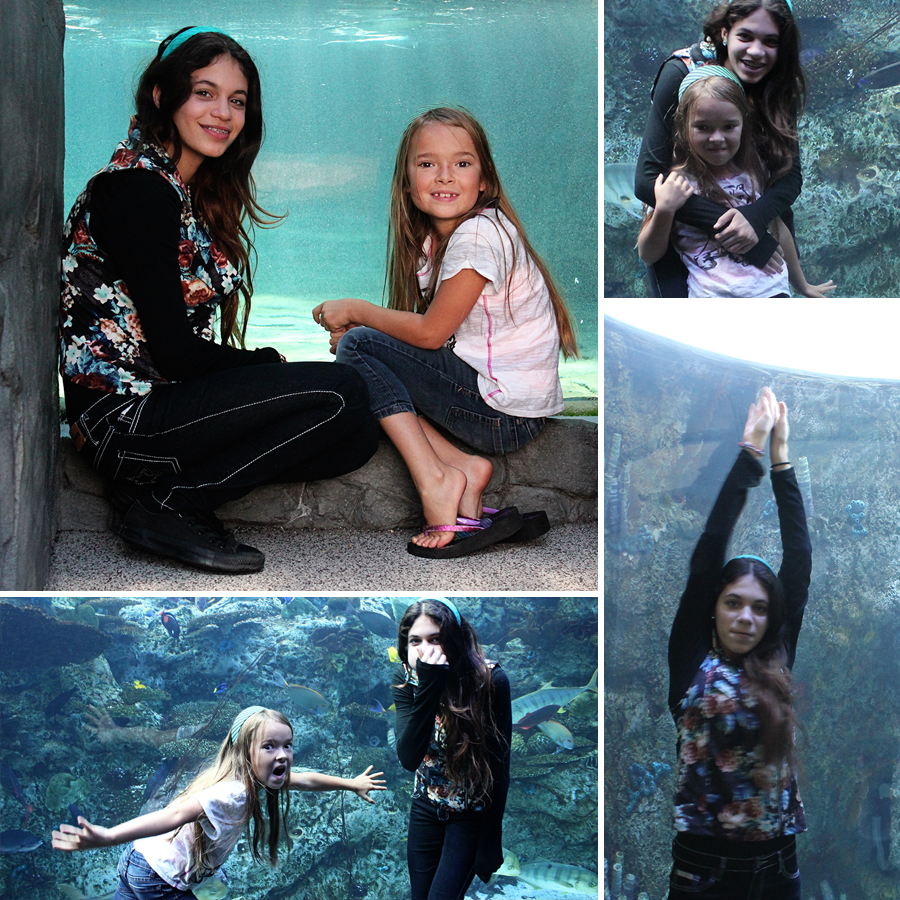 And then there’s these kids. My built-in modeling company. They are so dang photogenic. 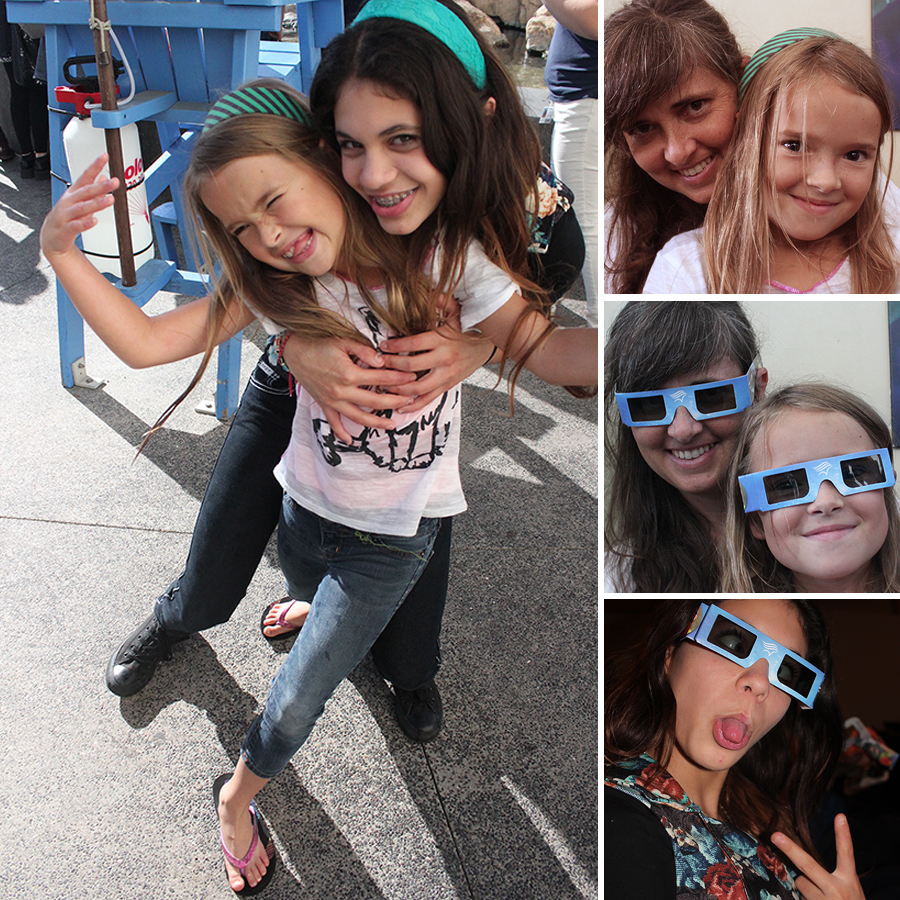 They loved the Sponge Bob movie, especially Mohammed. It was pretty fun with real flashing lights and water drips. They’d never been in a 4D interactive movie experience before and it surprised and thrilled them. Bug and I were a little more jaded. We’re so boring. 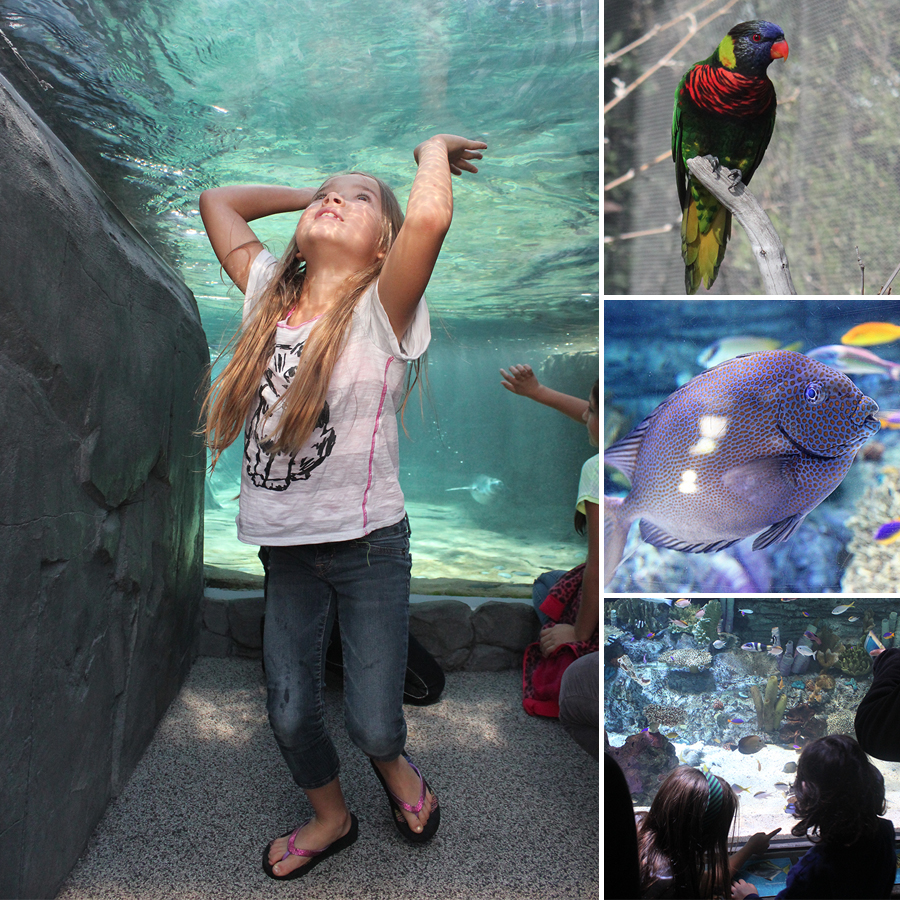 It was just really fun to see the Aquarium through new eyes and experience the wonders all over again. There were quite a few new features too. I always love a trip to the Aquarium of the Pacific. 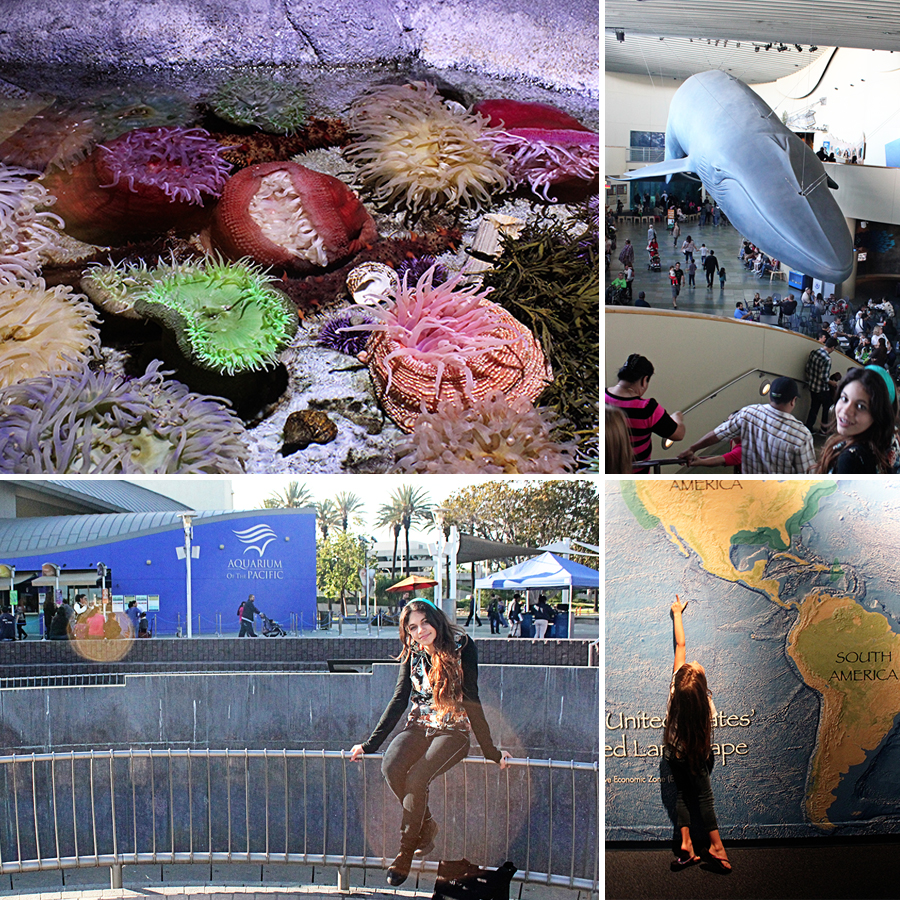 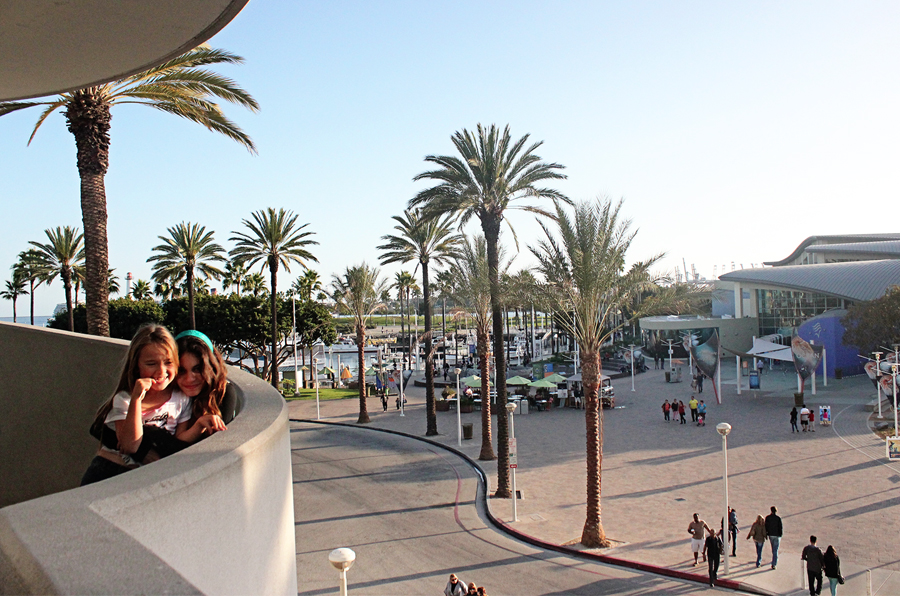 Then we went home and lived happily ever after in our melting-pot apartment complex.

Sadly, I don’t know how long we will live here together. It’s a stop-gap living situation for many of us, myself included. The rent is relatively cheap but they raise it drastically every year so people are constantly moving in and out. In fact, right now I am living in a little bit of a ghost town because all of my connected neighbors have moved out.  But that won’t last for long.

Mr. Alameen has been out of work for a while and their lease is up in January. He says they will be moving soon. We hope that they’ll stay close but it’s hard to know.  They have some savings but it’s running out.  In his country he was a soldier and a furniture upholsterer, I think. If anyone knows of anyone looking for someone who is good at working with their hands, email me. His English is broken but he gets along.  He was working for a while scuba diving and cleaning the underside of boats but he kept having dizzy spells and had to quit because passing out under water is really scary.

Anyway, keep them in your prayers. They are a sweet, sweet family who has shown me nothing but kindness. They are amazingly optimistic and thankful. I really hope the best for them!

2 Comments → Aquarium Adventure with the Alameens