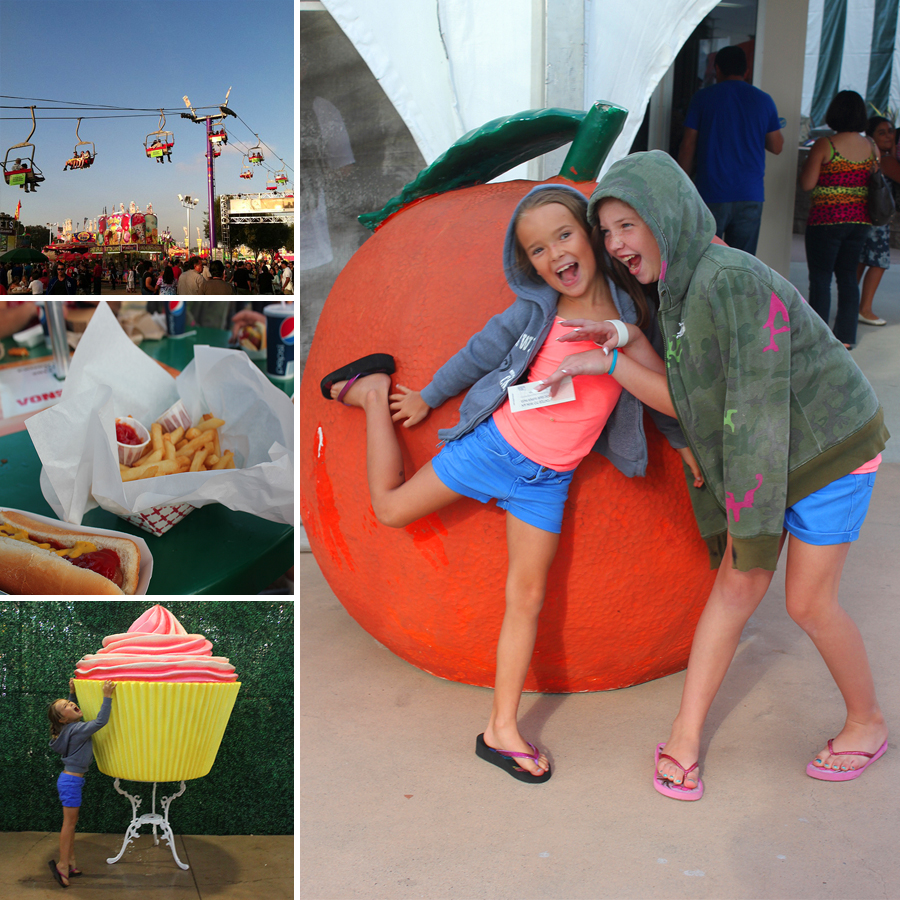 The Orange County Fair has never been very high on my list of Things You Must Do in Orange County but I’ve been to it two year’s in a row now and I have to say it really does capture the feeling of summer. When you’re walking around amidst all the people eating crazy fried foods, the sounds of pulsing pop music and blinking lights assaulting your senses from all sides, the sticky asphalt, the smells of barn animals wafting between the smoke of barbecue and sizzling onions…and then you look up into the night sky, past the giant lit-up corncob balloon, and you  see a smattering of fireworks go off into the dark, it hits you: This is summer. This is the essence of American Summer. You love it. You hate it. It’s just part of who you are. 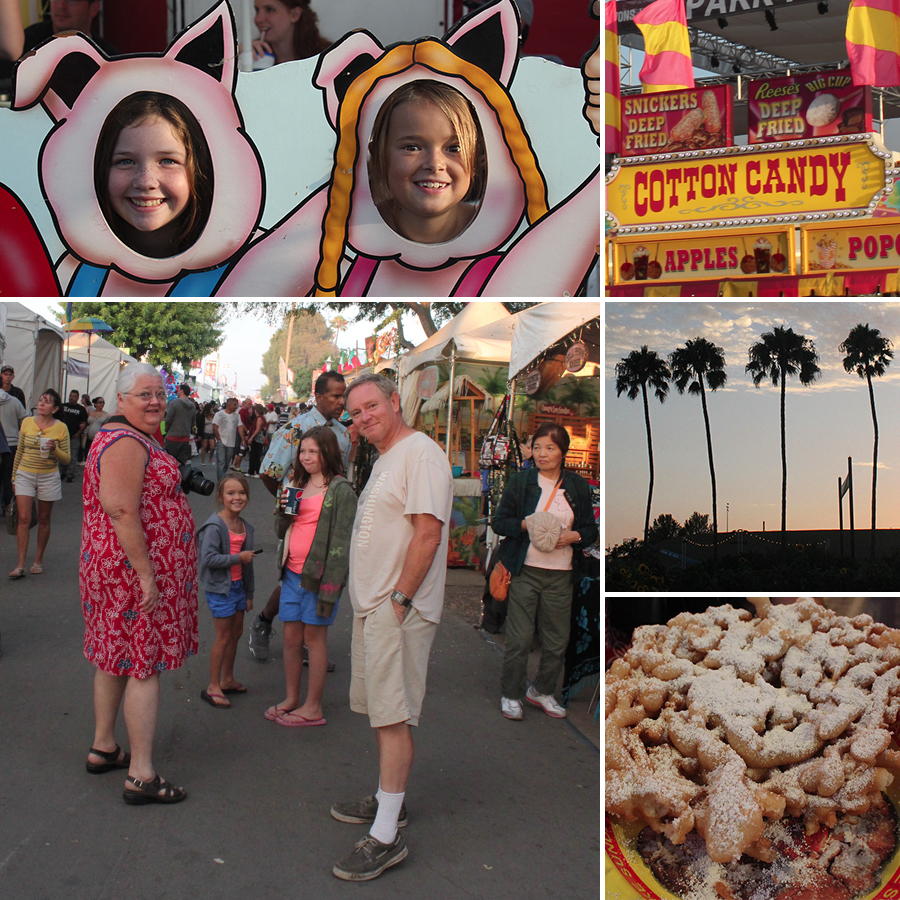 The kids eyes are bugging out of their head and they really want a snow cone and cotton candy and a stuffed Hello Kitty that’s bigger than them. Everything costs more than it should and you know it’s going to do a number on your bank statement by the end of the night. The lines to the bathroom are a mile long and is that gum you just stepped in? I can’t say I love the fair. But part of me does against my own will. I love and hate rubbing shoulders with thousands of fellow Orange Countians.  I love staring at their tattoos and watching their kids bop each other on the head with inflated toys from China. I love sharing a table with a family you’ve never met and discussing whether zucchini should really be fried that way. I love the awfulness of it all. It’s such a slice of life crammed in your face all at one time. 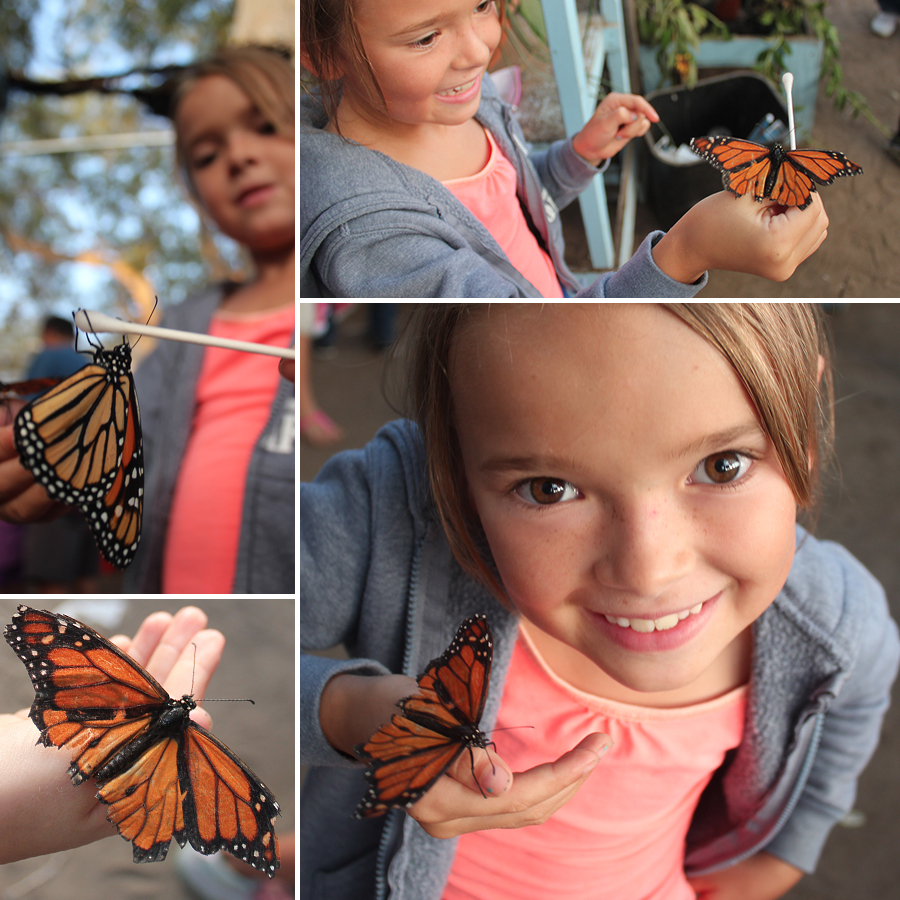 This year there were two things that I really really did love. The butterfly exhibit and the bubble balls pool. The butterflies were a raggedy taggedy bunch of butterflies stuck in a mesh box with plastic flap doors that you could enter and exit just like you do at the zoo. I couldn’t believe they were pumping the people through like they were and the butterflies were still letting you hold them and feed them nectar from cotton swabs. I felt bad for the butterflies being chased from one corner of the exhibit to the other by literally hundreds of people but I don’t know, maybe the fascination on all the children’s faces was worth it.

People buy bags of bugs and put them in the freezer so maybe letting them die at the fair wasn’t so bad. I don’t know how I feel about that deep down. But I do know it made Bug’s day to hold a butterfly on her hand, it’s little tentacle hands wrapping around her finger for dear life. She wanted to keep that butterfly so badly. I told her it was probably going to die soon because it’s wings were pretty badly beaten up. She told me No, his wings are just bent up a little from exiting it’s cocoon. I didn’t have the heart to correct her. It was a moment. One of those moments she’ll remember forever and she’ll probably look for the butterfly exhibit every time she visits the fair for the rest of her life. It was that magical. 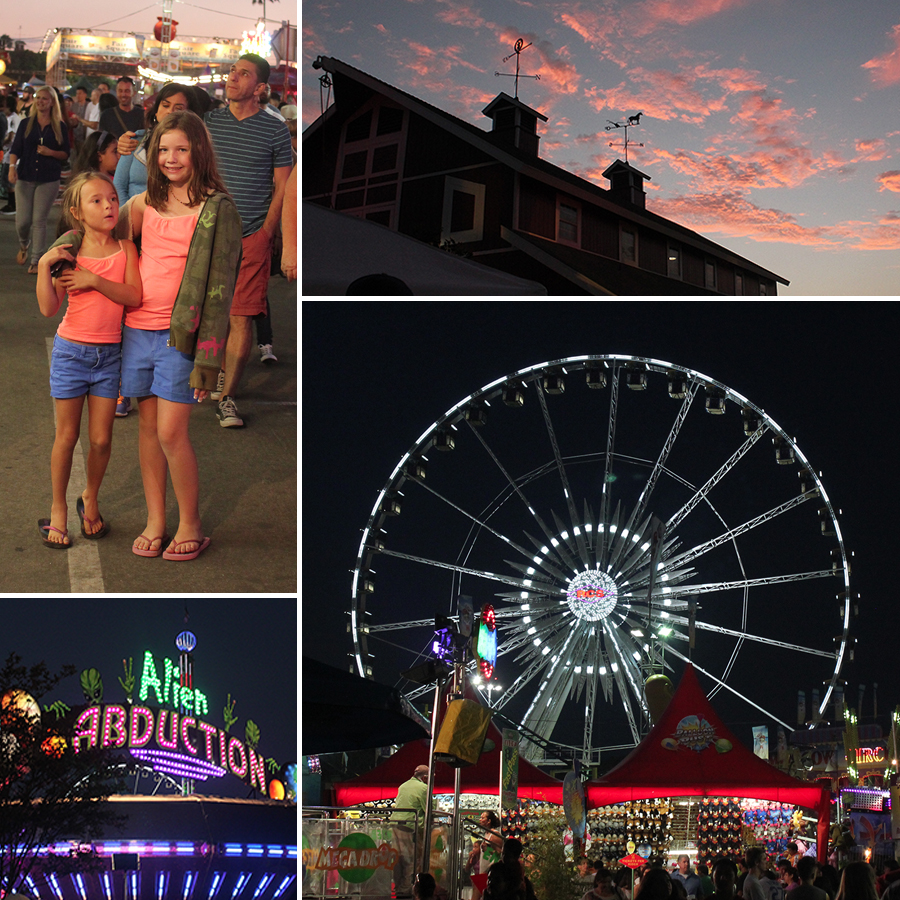 And of course there are the lights. I could do with a little less carnival and a little more farm animal myself but I think that’s just because I’m an old fart and I don’t want to spend fifty bucks getting my neck jostled out of joint. Thankfully, the kids weren’t really into the rides either so we escaped that section with more damage to our eardrums than our pocket books. 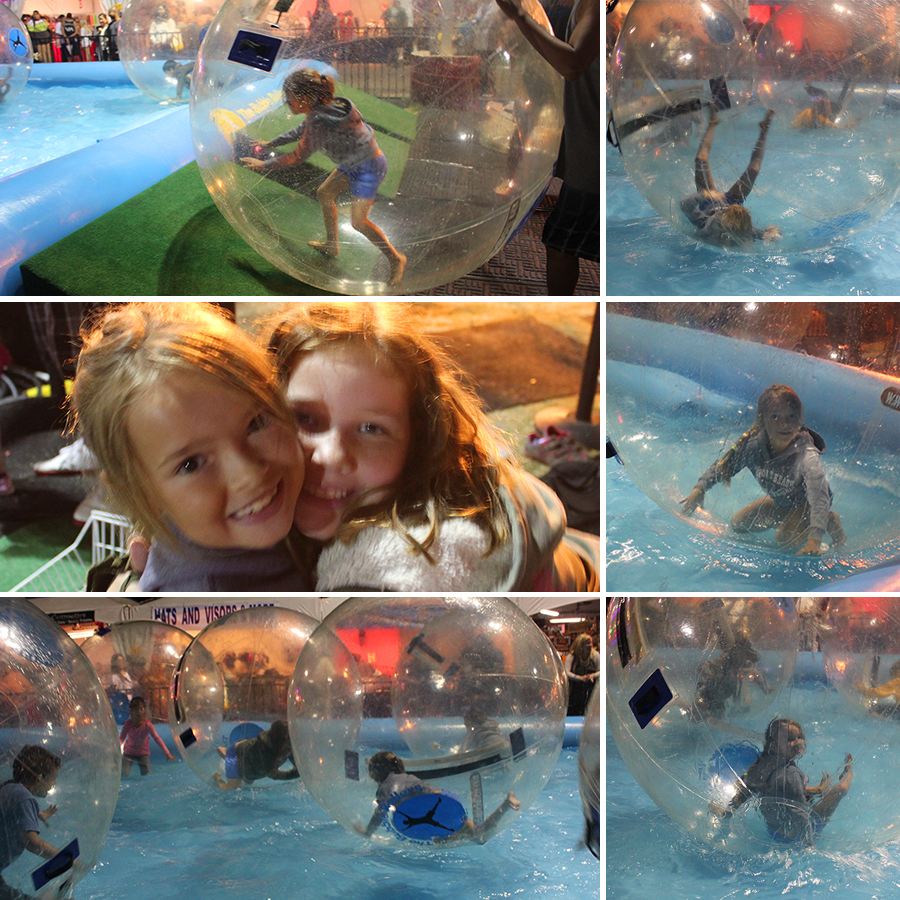 But the bubble balls? Oh my goodness, that was so fun. At first I thought eight bucks was a little stiff for a ride that lasts maybe five minutes but it was totally worth it. Watching the kids do summersaults and run in circles like a bunch of hamsters was a barrel of laughs. They spun and splashed and flipped upside down like there was no tomorrow. If you ever need to really enjoy the moment and not be conscious of any other worry in your brain, you need to go watch a bunch of kids run around in a big inflated plastic balls on a pool of water. It was happiness, concentrated.

So yeah. I think we can go back to school now. I feel like summer is complete. We have done everything.

But then again there is a ballgame tomorrow night…