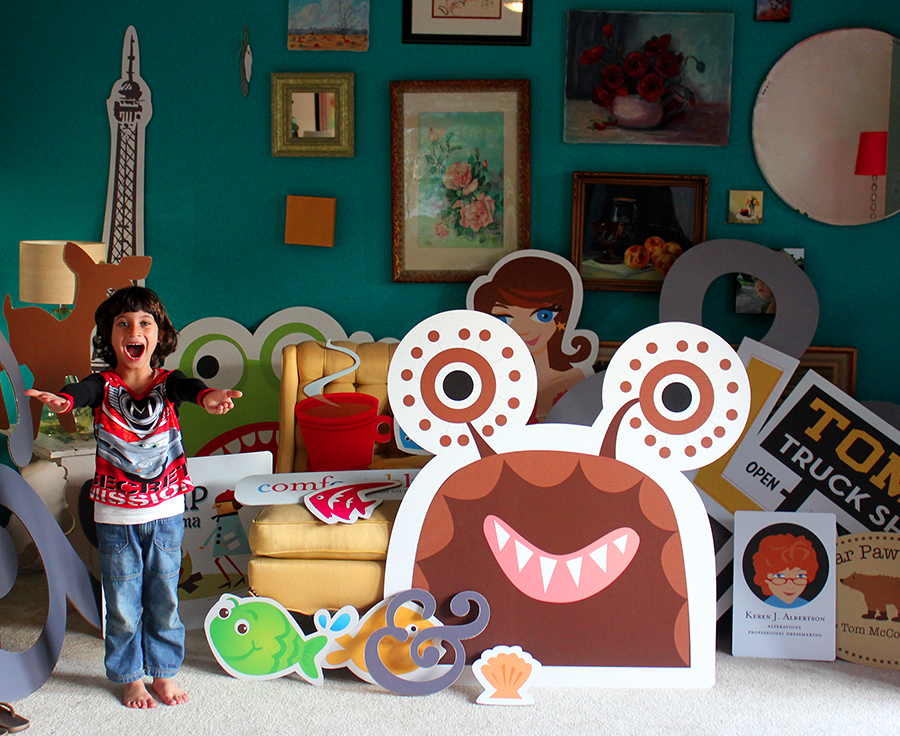 If you follow my instagram feed you’ve probably been wondering what is up with all the GREAT BIG GIANT cardboard things lately. Well, let me tell you! It’s so exciting and it’s really in the early stages so things could change a lot over the next year but I’m involved in a new start-up company called Metta Prints. They print anything and everything in large format and they cut them out with a giant robot. It’s pretty cool. I think we’re going to make a little movie about the process eventually.

Usually people blow up photos of their kids for birthday parties or life-size cardboard cut-outs of Justin Beiber or giant flowers for their walls…but they’ve partnered with me to blow up graphics. SAJ graphics! You know me, I’m all about the cardboard. We’ve been making all kinds of things. 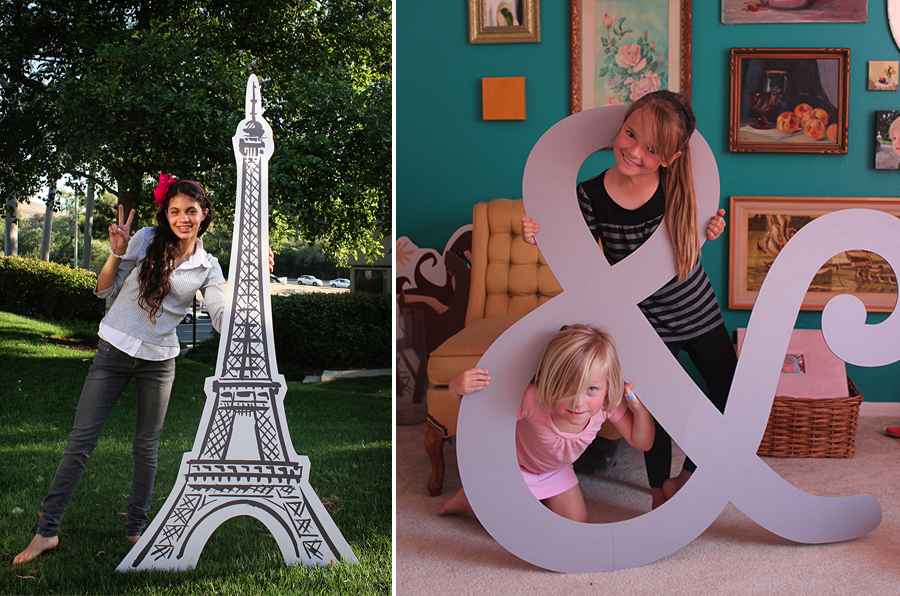 Giant Eiffel Towers, giant ampersands… Yes, Secret Agent Josephine in Paris is supposed to come out this fall. I’m going to make a giant SAJ character next and hide her behind doors and freak everyone out. It’s going to be so much fun.

Basically right now I am helping Metta Prints build their website so we are making things and photographing them. The site works but it’s very much in beta stage right now. If you want something big, like really really big, just hit me up. I can make it happen for you. Eventually we are going to have contests and giveaways and all kinds of fun things. There’s talk of a Build Your Own Monster interface. How fun would that be?!! We might make furniture and giant cardboard castles. Who knows…the sky’s the limit. Actually, I think eight feet is the limit but that’s plenty big enough for me! 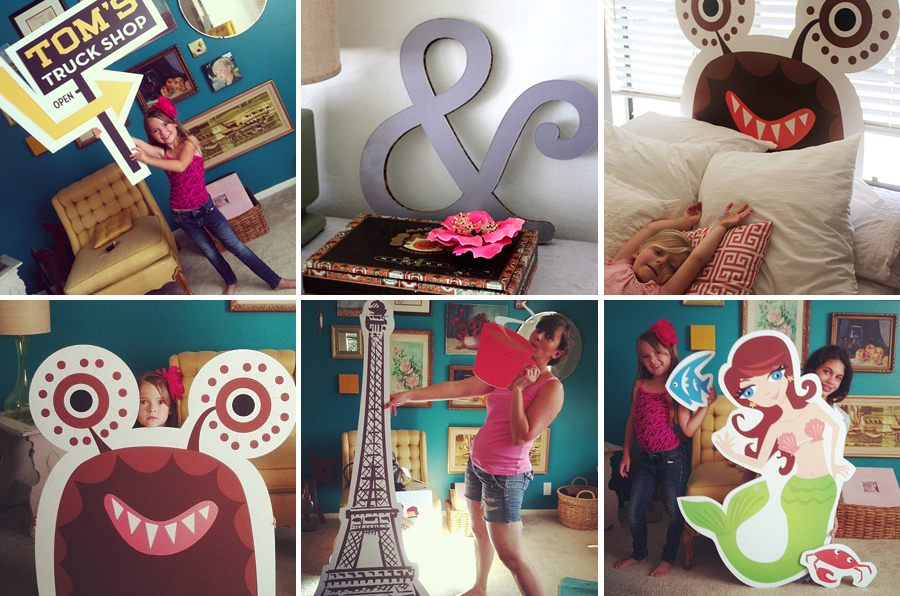 If you are a photographer and you are looking for props or maybe you’re having a family reunion and you need a giant cut-out of the family name you might want to keep Metta Prints in mind. Email me. Wouldn’t a giant ampersand be the cutest thing for engagement photos? 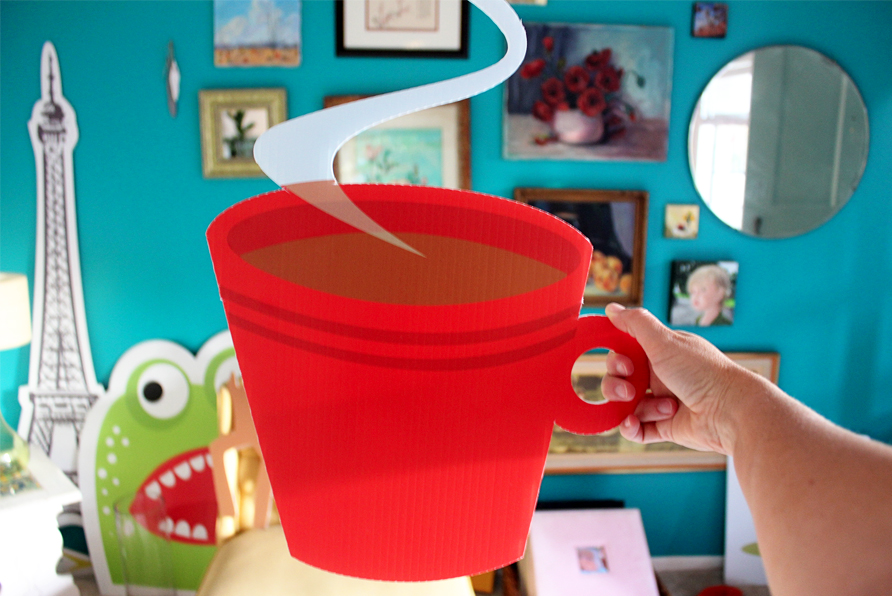 You think on that and I’ll go drink my BIG GIANT COFFEE and wait for you.