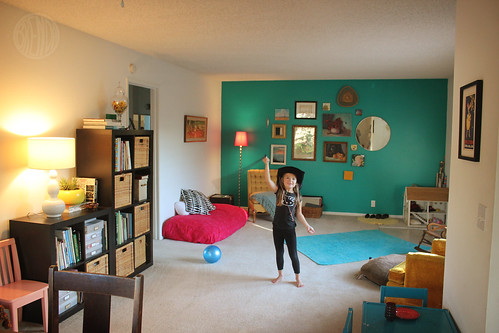 I’ve had this really self-indulgent post in my mind for a while. Well, since the new year when we took down the Christmas tree. It’s basically pictures of my house and why I rearranged everything from top to bottom. Why would somebody spend time rearranging their perfectly functional house into a completely different functioning arrangement just for kicks and then spend an hour styling it just so for photos? AND THEN ANOTHER HOUR BLOGGING ABOUT IT?

UGH!! I do not know!! I am some kind of freak! This makes me happy and I can’t stop. I just secretly want to be Emily Henderson and this is all I have to work with. Maybe it has something to do with procrastinating and the fact that I can’t sit down and concentrate on work when there are objects of furniture jutting out at angles that offend me and certain first grader’s desks full of cluttery messes distracting me. %$#*%!

I know I’m ridiculous. What a luxury to spend the day moving furniture around. I’ve spent time at my friends houses recently where they have more than one child and it’s just plain chaos getting food on the table. I realize how good I have it. It is a complete luxury to obsess about one’s furniture and how it looks from the doorway.

So anyway. The neighbor girl helped me take the Christmas tree down. We were quite a pair lugging that giant thing down the stairs to the trash area in the parking lot, trying not to scrape up the walls with the metal base and not dump stinky, three-week-old Christmas tree water along my neighbor’s front step as we went. It was a huge tree. It took up the entire dumpster. It seemed like such a waste to throw out such a great beauty but it did make the trash smell nice. Maybe it will make the dump smell nice too.

Then when the tree was gone, there was this great big open spot in my living room and next to it was Bug’s desk covered with papers and crayons and marker pens, books, miscellaneous toys etc… Ugh. That desk drives me crazy. Bug has not inherited my appreciation of minimalism. Not one bit. And now it was just out there in the living room screaming for my attention. I could clean it every day for her (which I have done I must admit in shame) OR I could find some other place in the house that is not so much in plain view. I could hide it. 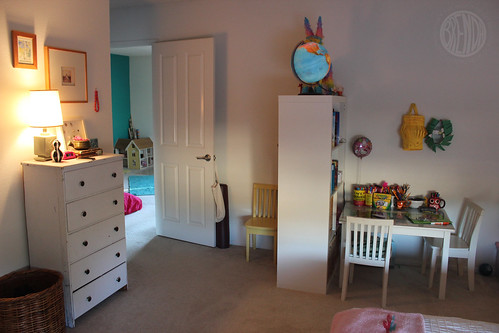 So I did. I moved it into the bedroom with everything else! Now our bedroom is not a sanctuary for sleep. Hmmm…that kinda sucks. It is now the place where we put everything that I do not want to look at first thing when I walk in the front door. Hello stuff!

It’s just a weird Bren Shui thing. This is my rule that I made that I have to obey for who knows why. Maybe I’m OCD. Everything has to look good from the door. I can hide all kinds of clutter behind the door, in baskets in the bookshelf, in closets, in drawers…even around the corner in the bedroom. It just can’t be there visible from the doorway. The same rule applies at every doorway. So the clutter in the bedroom can’t be the first thing you see when you walk in the bedroom either. Or the bathroom or the kitchen…etc etc. It’s some kind of magnetic pull in my brain or something. 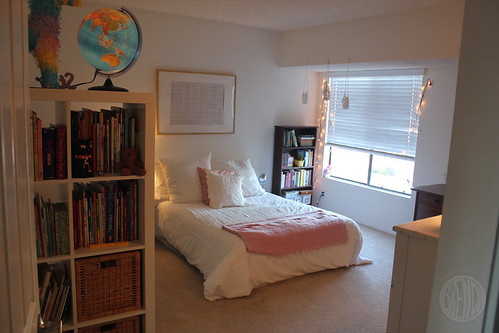 Thus the bookcase is now standing up on end, creating a little library nook for Bug. How nice that Ikea bookcases can go any which way. It’s like a puzzle. 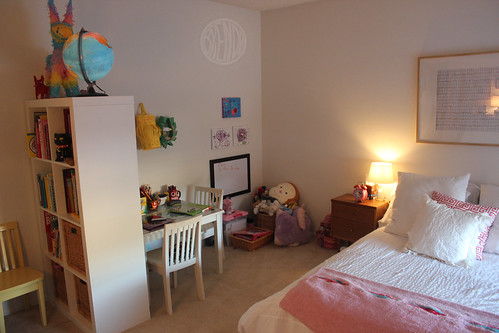 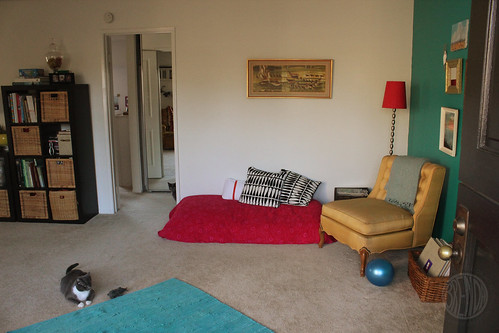 Then I moved the futon out of the bedroom into the living room because we always move it out there anyway when guests come over to stay and it weighs about a thousand pounds so that makes more sense. It looks kind of sloppy and college dorm-ish as a makeshift couch but the neighbors like it. Now they have somewhere else to sit besides my awkward yellow chairs. 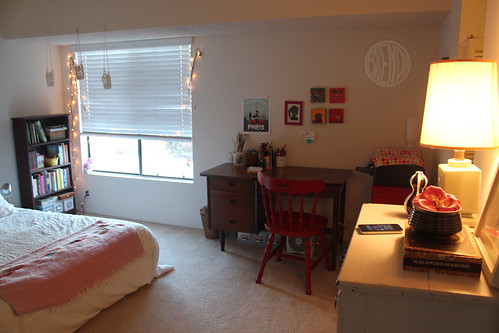 Then there was a weird awkward place in the bedroom where the futon used to be so I stole Bug’s shoe bookcase from the closet (she’s grown out of most her shoes and doesn’t need such a sophisticated way to store them anymore) and now I have a little bedside library. 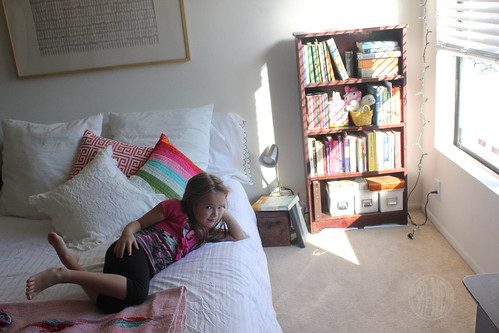 It will probably last a month before I change it again. But it is kind of nice to have a place to put my massive collection of books I plan on reading. I used to just stack them by the bed and use them as a makeshift nightstand but that was not very functional either. 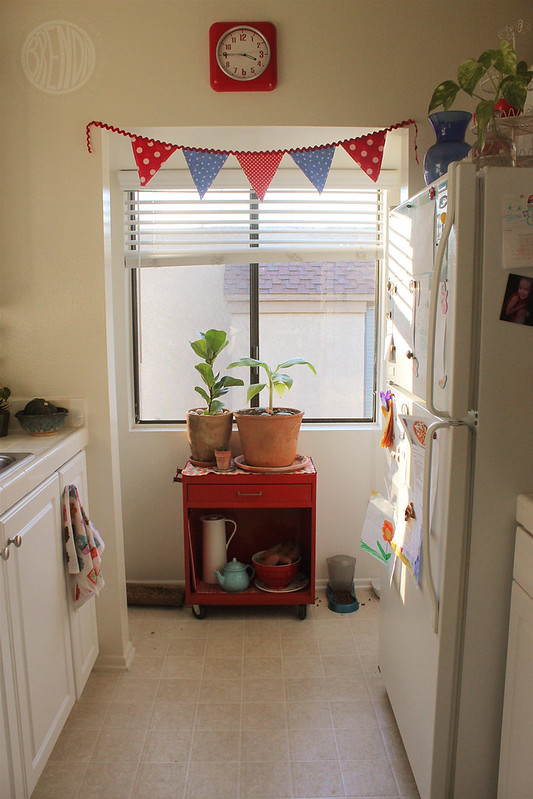 And then since I was movin’ and improvin’ everything else in the house I decided to repot my poor baby banana tree and give it a bigger pot. 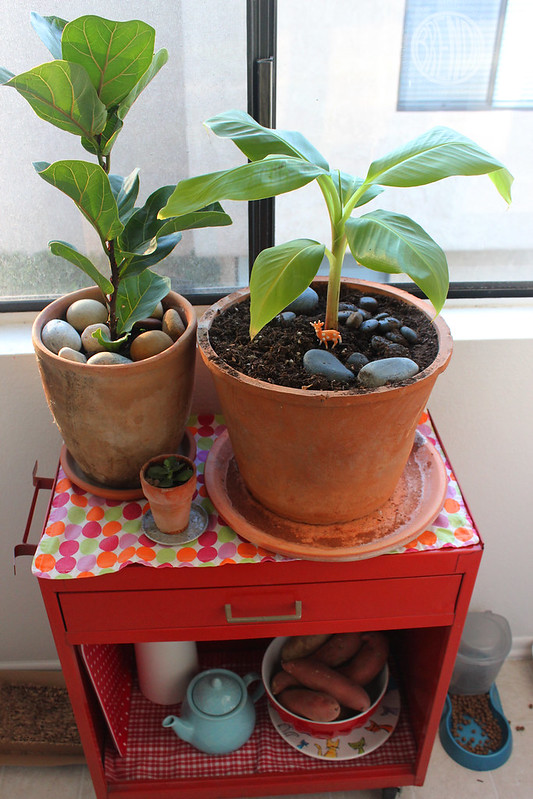 This poor plant. I don’t know what’s wrong with it. (It’s the one on the right) The fiddle leaf fig is doing great. It’s put out six leaves since I got it and every time it puts one out I want to throw a party. I threw away the instructions for the banana plant and I think it doesn’t like its soil. I think I need to get it sand or something…I don’t know, I need to look it up.

I hate it when plants require something besides normal potting soil because when you go to the nursery they always want to sell you potting soil and when you ask for something else they look at you like you are just landed from Mars. At least that’s been my experience. I know there are other plant lovers out there. Surely these big box garden departments have dealt with people asking for specific soils before, right? I don’t know. I just get discouraged and plant everything in potting soil and hope that my love and singing can take care of the rest. Sadly, I think the banana plant does not like my singing. It’s been in that dirt for a week and it still looks depressed. (Also? The dirt faintly stinks and it’s making it hard to cook.)

I just realized that my neurotic worrying about plants AND my habit of rearranging furniture for hours on end has solidly put me into a category of someone who has too much time on their hands.

Sigh. Maybe there is somebody out there like me… 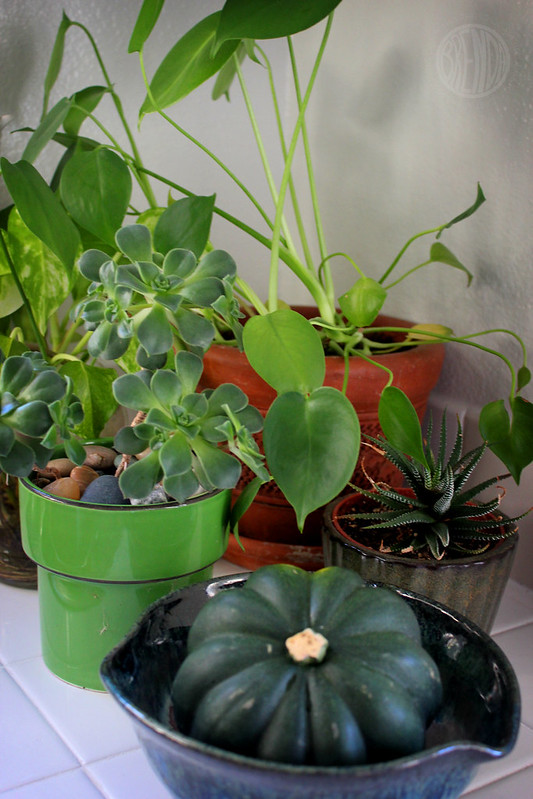 Does this little corner of greenery make you happy? Will you be my best friend? 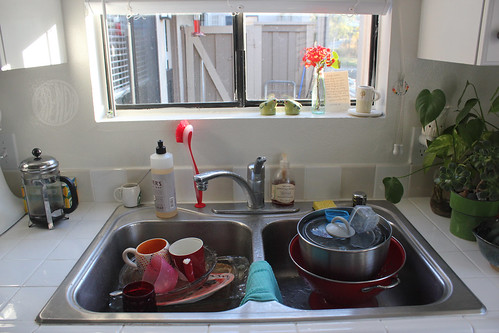 Whatever. At least I have my priorities straight and leave the dishes for later. 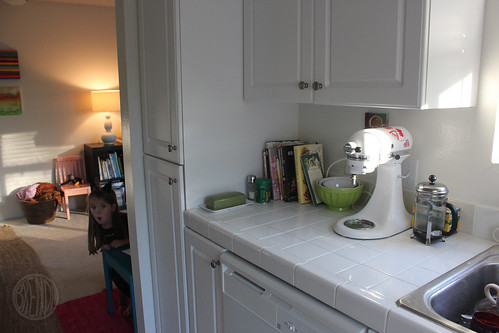 Oh! What’s this over here? You want to see my little Bake Station? Yes, I have moved the heavy KitchenAid mixer out of the cupboard and now it is living permanently on the counter. Why? Because it’s cold in my house and I have to bake every day to warm it up. Please come over and eat scones so that I don’t gain fifty pounds from all the butter. We can talk about soil. It’ll be great. Or maybe we’ll have a party for the baby fig leaf and bake a tiny cake in it’s honor. 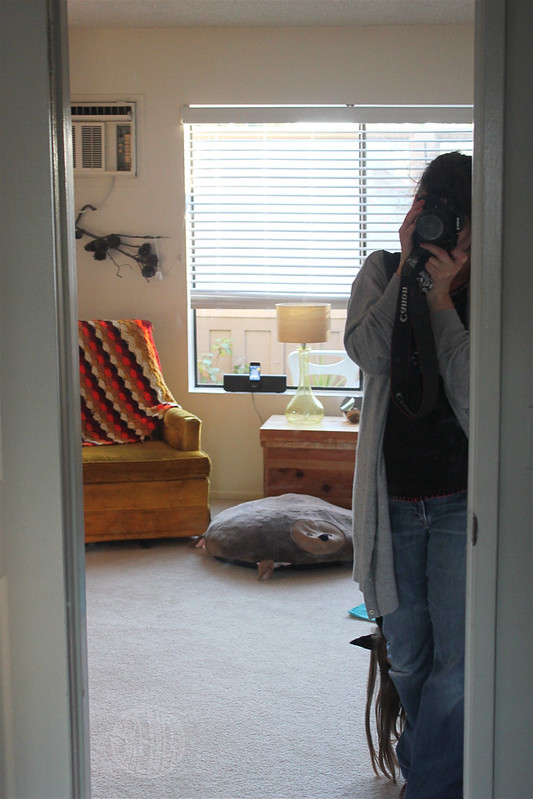 And that is all. I am embarrassed of this post. I’m not going to write anything like this again for five months. I will write about important things like blueberry pancake mornings and Narnia parties and what is that thing hanging below my air conditioner/heater unit?