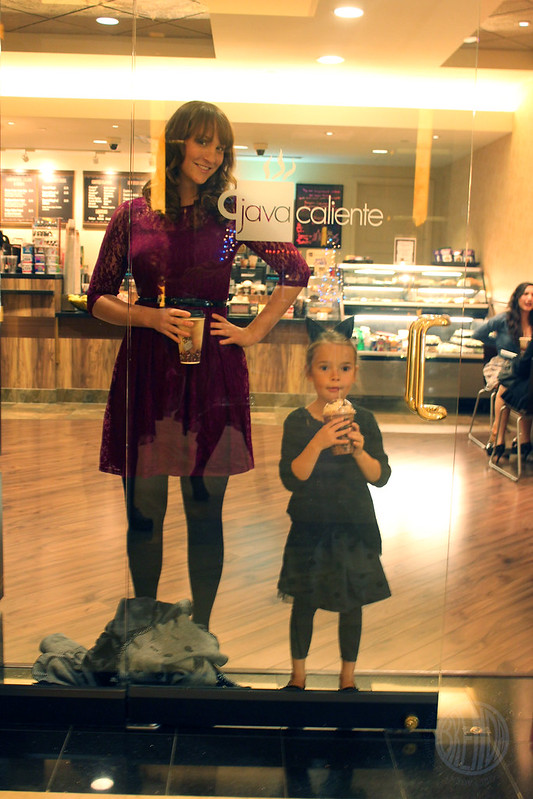 Several months ago my Aunt Keren hit me up to see if I’d be interested in some tickets to see the Moscow Ballet do the Nutcracker in Palm Springs. Of course I said yes and we anxiously awaited the day when we would actually drive all the way there to see them in the flesh. We had amazing seats and we were so excited. Originally we thought my Grandma would go too because she loves the ballet as much as we do but she wasn’t feeling up to it. So my cousin Kelly went instead. That’s her up there in the top picture with Bug sipping on some pre-ballet beverages. 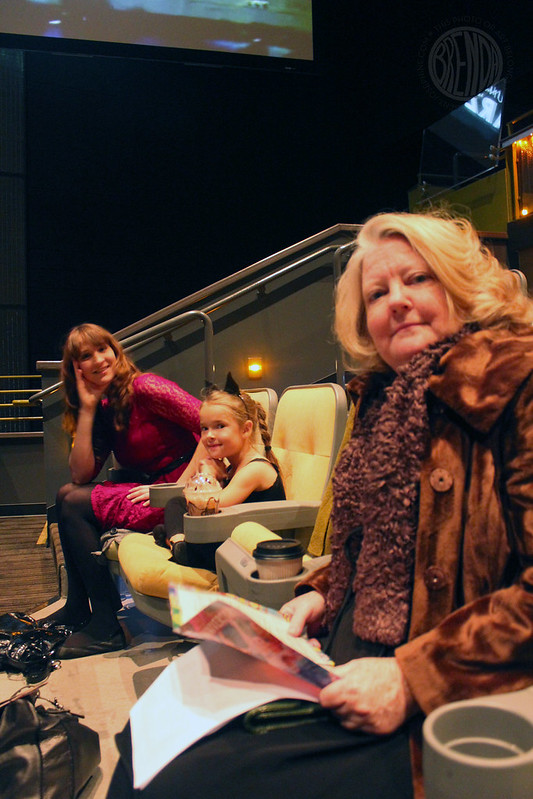 Our seats were tucked along the side of the stage but they were so close to the stage! We could see the dancer’s feet and hear their nearly soundless bounces when they jumped really really high. It was amazing. 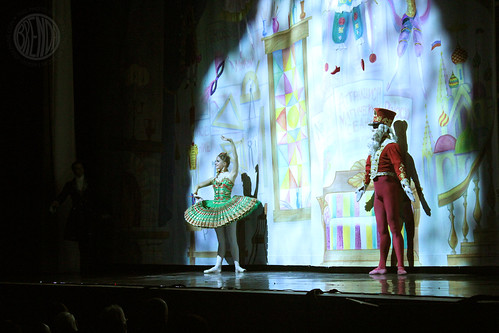 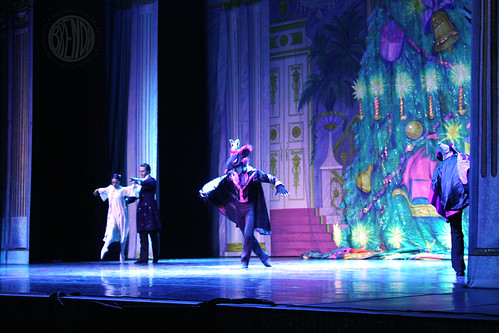 I have to admit I was a little worried it would be too much for Bug. Bug is not a night owl (usually to my delight) and the show started at 8pm on a school night. The Nutcracker is not a short ballet either. It didn’t end until 9:30 and then we had a two hour drive home after that. It was a doozy of a night. But it was so worth it.

I think since Bug has been in ballet since she was four and we’ve watched all sorts of movies about it together, she was pretty into it. It was really special for all of us. 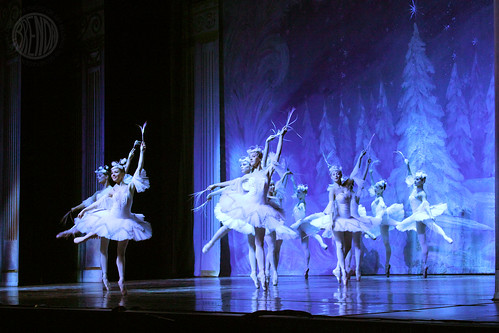 Since the Moscow Ballet is a traveling troupe the stage wasn’t as elaborate as I expected but that was okay because their costumes were. The snowflake dancers were my favorite. They were beautiful. It was like the ultimate little girl dream come true. I loved it. 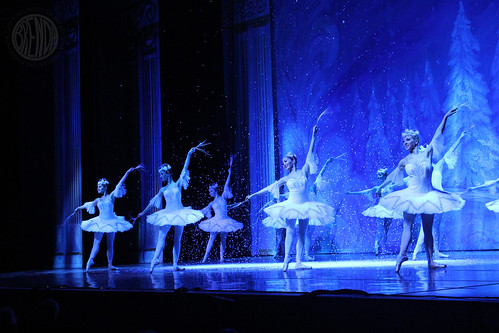 And then snow fell from the ceiling! It was magical. I think we are going to have to make seeing The Nutcracker a tradition from now on. I can see why so many people do. 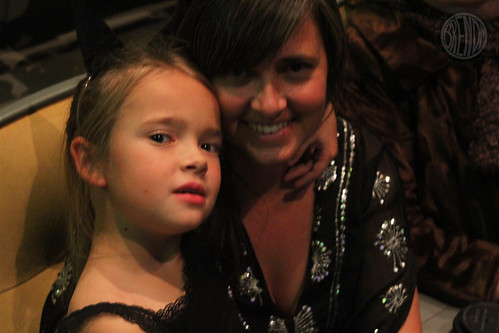 Plus, it’s fun to dress up and be fancy for a night. Even if it was a school night. Yes, the next day sucked bananas but it was so worth it.