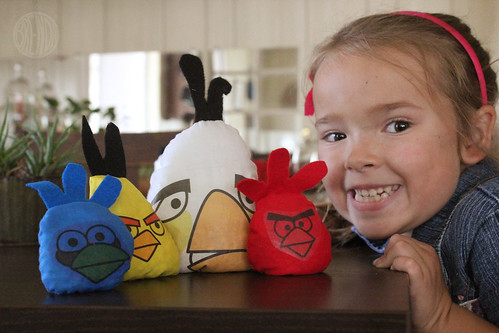 This is my friend Carrien’s oldest son’s idea. He had played the game briefly on his dad’s phone and then no longer had access to it so he invented his own version (with his sisters and little brother) with bean bags, boxes and a sling shot. I thought it was brilliant and with his permission, recreated his game in my backyard for Alpha+Mom. We had a blast. 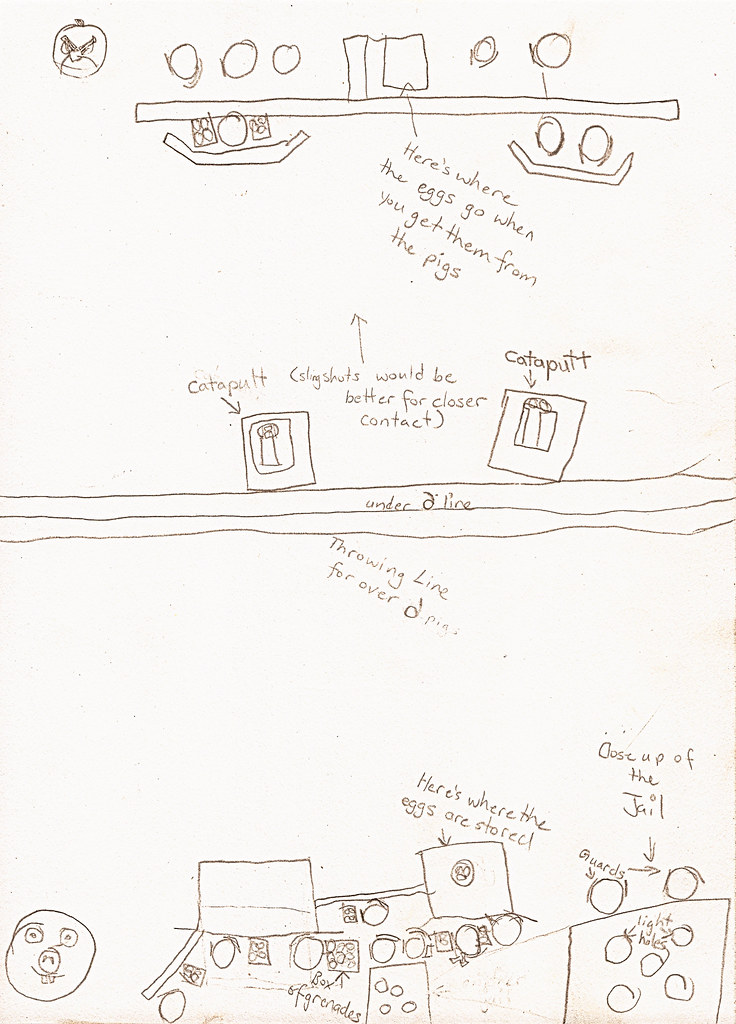 He even drew me a diagram which was a little loftier than I had in mind but we sewed up some bean bags and set it all up. 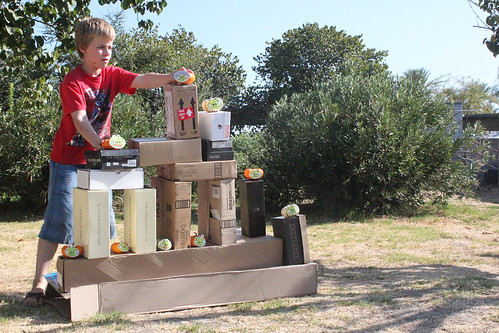 Here he is setting up the pig’s lair. 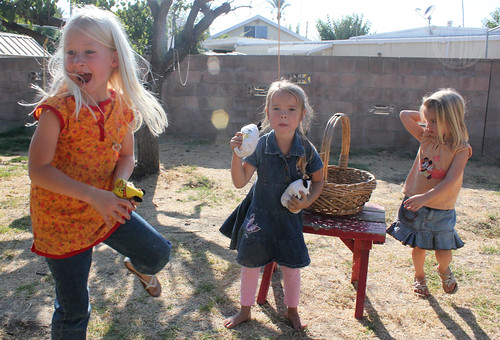 And then we blasted it to pieces. 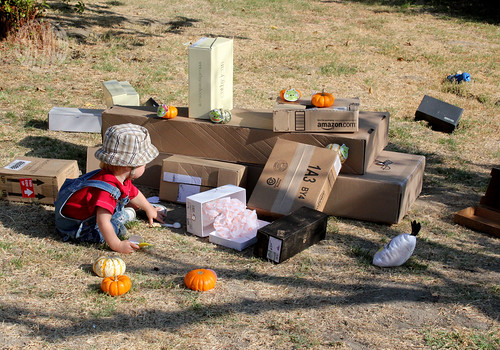 It was so much fun.

I’m thinking I might just have to throw an Angry Birds Theme party someday with this playing in the background. There are so many great ideas out there.