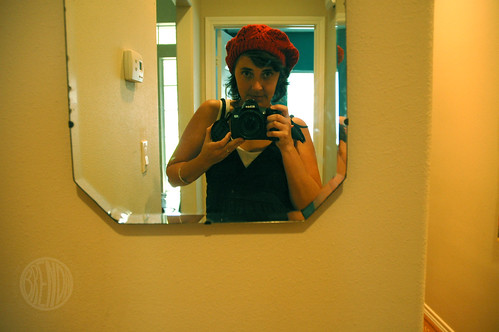 I haven’t blogged in so long you probably thought I died. I bet you thought that big fat Pop-Tart haunted mansion from my last old moldy post fell on me and killed me dead. I can just see my avocado green and black striped witch tights sticking out from underneath the house like the wicked witch of the West. 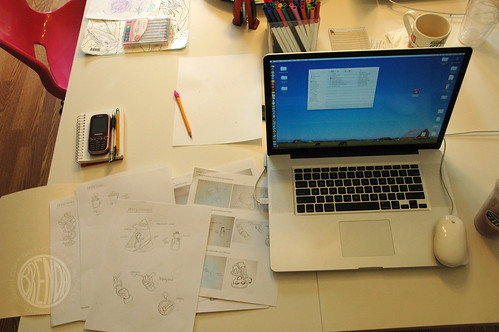 I have actually been buried in work, which is a good thing because I’ve finally decided to ramp up my freelance business and become an official working mom. I’m not working in an office or anything but I am rocking and rolling on some big freelance jobs. I hope to have my business website up in a week or so. I’ll share that with you when it happens. It’s pretty exciting. Not a mind-blowing design or anything but at least it will be something so my prospective clients can see what I really do. If you know anyone looking for a graphic illustrator, put the word out for me. I’ll love you forever!

In other news, I am still in Texas! As you would expect, I’m picking up the drawl and people are starting to think I’m a local yokel. I love it here. The food, the people, the great expanses of green space…if I weren’t so attached to California, I’d move here in a heartbeat. 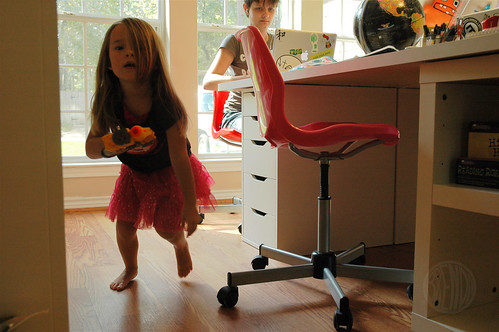 Bug has been having a blast. She thinks she’s the OMSH family’s long-lost fourth kid. They play all sorts of crazy complicated games while I work away on my laptop in the schoolroom. I have to admit it tickles my heart to see her sneaking around with the gang, plotting elaborate spy games while armed with a pink hat, a pink puffy skirt and a Nerf gun. It’s a very refreshing sight since I’m about as sick as one can get of playing kitty and being named “Flower.” 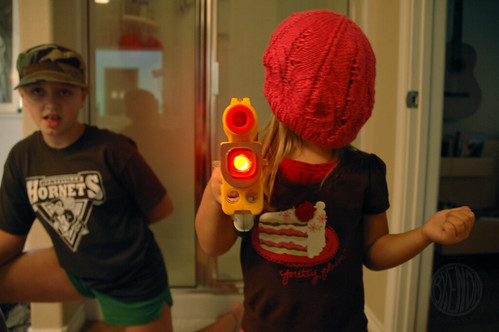 What? The pink skirt and pink hat aren’t intimidating enough? (They are actually pink, not red. Forgive my poor photography.) How about that red laser beam piercing your forehead? Just kidding around. Isn’t her hat cute? Sonja made it for Bug to match mine because now that I have a new red hat Bug thinks her old blue one is just not girly enough. She loves her new hat and even though it hasn’t been a bit cold here she wears it around the house regularly. 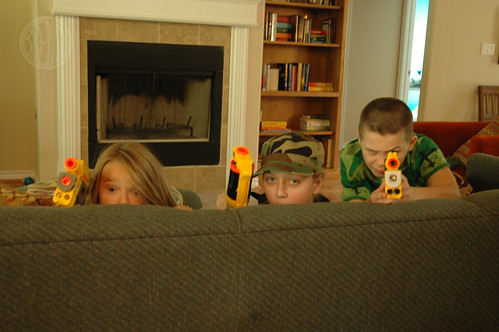 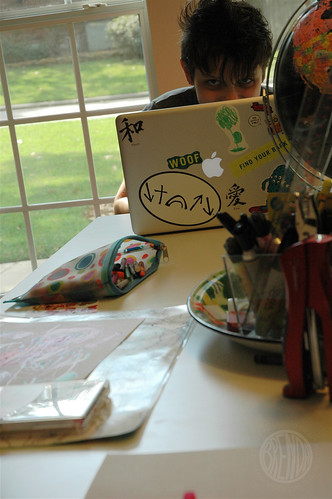 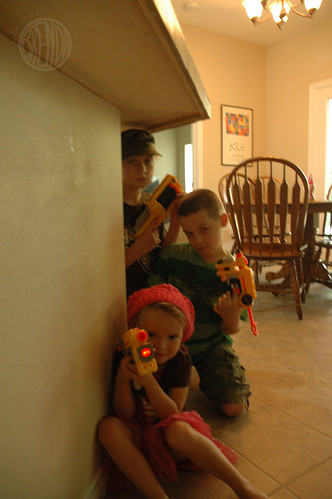 I know these pictures are not the best quality. That’s what I get for backlighting people and shooting in low light but I thought they told a good story. I just wanted to let you know we are still alive and kicking. Or at least Bug is. I’m sitting my butt in OMSH’s funky green office chair and cranking on freelance work. 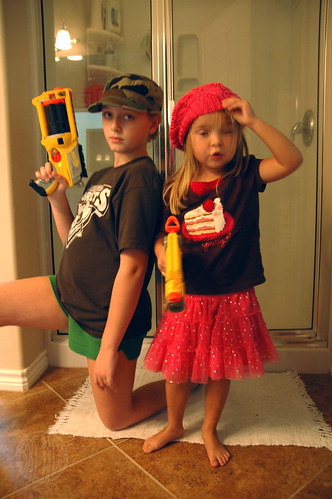 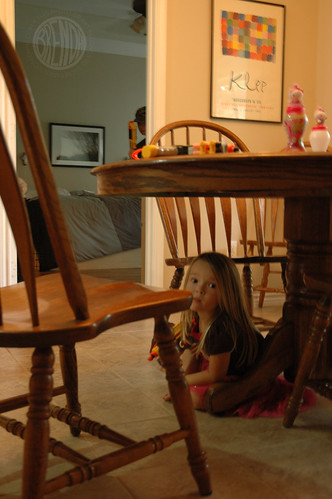 I hope to have more tales for you soon! In the meantime don’t miss my Bowly Bowl post (yes, I wrote an entire post about bowls) for your chance to win $100 before I close up the comments on Monday!