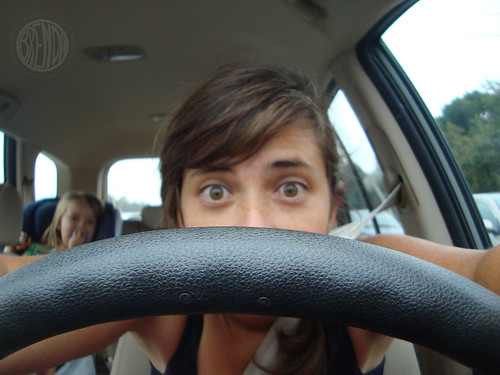 The other day I walked out to get into my car and spied a yellow piece of notepaper stuck under my windshield wiper. Immediately my heart sank. It could be a secret admirer note I guess but that doesn’t happen that often to me.

On the bright side, it wasn’t the small white $49 parking ticket for failing to park on the other side of the street on street-sweeping day. I got one of those the other day and that did NOT make me happy. I must be getting old or something because suddenly FORTY-NINE DOLLARS seems like so much money to me! I could park on the wrong side of the street for two months and buy myself a very small used car for that price! Sheesh.

However, a parking ticket would probably be a lot less hassle than the impending doom that this note held. Just as I suspected, it was a hand-scrawled message from a really nice girl named, Mimi, saying she had accidentally side-swiped my parked car. I looked down at my left front fender and sure enough there was a nice big four-inch crinkle. Not just a scrape but a good ol’ dent and a scrape.

I knew Toby wouldn’t be happy. You should hear him go on about how and where I am supposed to park this car so that it doesn’t get dented or scraped. I hate to say it, but this car is a prized possession in this family and we are fools to have bought it before we own a house with a protective garage. Every nick and dent has taken a year off my life I think. Sometimes, I wish I never got rid of my ratty but dependable old Honda Civic.

The good news was that Mimi had a conscience and left her phone number. God bless Mimi. What a sweet girl. Nobody ever leaves a note when they scratch up your car in this neighborhood. I will be eternally thankful to Mimi and her insurance company. She has definitely got some good karma coming her way.

We made the call and Mimi turned out to be just as sweet as her note. She quickly and efficiently got us in touch with her insurance company and they took care of the rest. I dropped off my car at a body shop yesterday and found myself in a brand new Kia-something-or-other rental car. 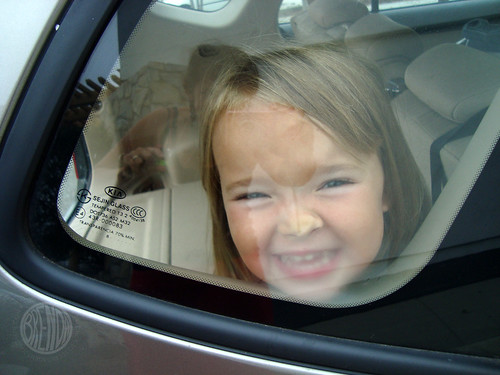 It smells like an ash tray and has really weird blind spots but it’s not that bad. Not nearly as bad as I expected it to be. I thought sure I’d get stuck in something turquoise and plastic with big bumpers and mush for a gas pedal. What can I say, I’m a bit of a car snob.

I’ve been driving my small red sports car for three years now and I love it with a passion. No minivan for this mom. (Yes, I admit that not all minivans are bad, Bethany, and no, my small car does not have a dvd player that will occupy my kid on long trips but…) I just love small cars.

I love being close to the road, feeling every curve and bump. I love that my car could easily win a street race if I ever felt inclined to lay down some rubber. I love that I don’t have to worry about rolling it when I take a curve at 80 miles an hour (well, maybe not that fast but I could). I love the comfortable leather seats that hug me snugly and never give me a backache on long drives. I just love everything about it. 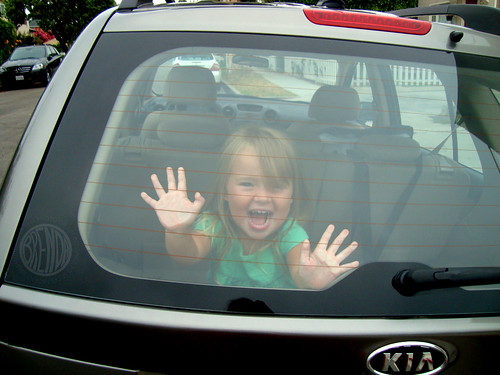 So yeah, I’m probably going to miss my small red car for the week that it is in the body shop but I have to say I am getting a kick out of this Kia thingy. The windows are giant and the back area is a hoot. Bug thinks it’s her new playhouse and she cries when I make her get out of the car and come into the house. I plan to take it out to the sticks later this week. I’ll let you know how it drives.