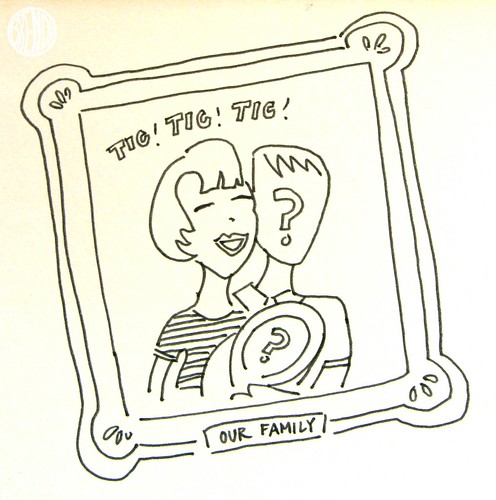 This post is from Rhiannon from Rhi In Pink. Thank you, Rhi!

I’ve been thinking an awful lot about family the past six months or so. It’s not like I’ve never thought about family before. It’s just that, well…

My paternal grandmother passed away in February. She was my most favorite woman in the entire world. She was a woman who adopted my dad at 11 years old, after his parents died (his biological mother was a cousin). She was a woman who found delight in the little things but also really enjoyed the finer things in life.

She was a woman whom I hope to be like. I think about her every day. And now I’m wondering about her family, too. You see, she adopted all 3 of her kids. And I wonder, why? Why did she choose to create her family that way?

I’m wondering about this because last week during surgery to remove an ovarian cyst, my doctor found something entirely different and diagnosed me with endometriosis.

Now, I know—I KNOW that many women suffer from this, and many women have perfectly healthy pregnancies and happy, healthy babies. But, she gave me a dreaded timeline.

I have to be completely done having kids in 4 years, by age 34. But guess what: I’m not married. I’ve only just begun dating someone (who, by the way, could possibly be The One, but that’s a lot of pressure to put on a guy)! If he’s not the one, will I do this on my own? Can I be a single parent?

I’ve really been so focused on my career—me, me, and also ME—for my entire life. It’s kind of hard to switch gears and begin thinking about slowing down the career stuff and the All Rhiannon, All The Time Show and focus on a family.

But I know this: my grandma made a perfect family, a family that I’m so happy and thankful to be a part of. Whichever way I choose to do it, I hope she’ll be proud of me.

Guest post submissions are no longer being accepted. Thank you to all the participants! It’s been super fun!