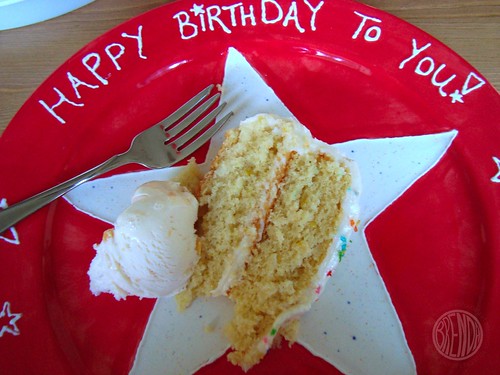 I had the best birthday ever. I don’t mean to lord my birthday-ness over you (as if turning thirty-six is all that grand) but I do need to write a whole post on how super fun the weekend of my birthday was.

As usual with me, my life cycles. Happy fun times are chased by those other times. Those times where chores just seem too mundane for the likes of me. Motherhood is still very much my most favorite job in the whole wide world but the unending list of chores (that repeat themselves day after day with frustrating accuracy) is just getting OLD!!!! Can’t the dishes stay washed for a change?!! Can the toilet NOT be scummy? The laundry not overflowing in the hamper? Didn’t I just go grocery shopping yesterday already?!!! Housework, I’m tired of you. I have other things I’d rather do.

When Bethany asked me what I was doing for my birthday, (and I knew Toby had to work because of some crazy deadline he got himself into) I jumped at her suggestion that I come down for a quick visit. Actually, I ran to Toby’s office and begged him on my hands and knees to allow me to skip town for a few days.

At first he was reluctant. He didn’t believe me that I actually like to unpack boxes for fun (Bethany just moved and is still living in the land of boxes) but maybe the tears and claw marks on the carpet at his feet convinced him. Really, getting away from the monotony of chores would be the best present he could ever give me.

So off we went, Baby and I, over the hills and vales singing all the way. To Bethany’s house we go! Baby Bug was quite excited since birthday cake is her favorite subject to talk about and part of our visit was going to involve baking a cake from scratch with the famous wedding cake baker, Bethany herself.

“Are we going to make my GREEN birthday cake?” Baby Bug asks me about five hundred zillion times.

“No, we’ll probably make a yellow cake or a white cake or maybe even a red cake for Mommy. Because it’s Mommy’s birthday, remember?”

“When I have a birthday, in the sprinkle time, I’m going to have a GREEN cake!!! With sprinkles on top!”

“Yes, you are. As soon as sprinkle time gets here, you can have the greenest green cake there ever was,” I assure her.

I don’t know where she picked up the “sprinkle time” reference. Maybe when I explained that her birthday was after summertime and before springtime, she heard the word “spring” and put it together with her favorite food group, which would be sprinkles. I don’t know but it’s cute so I haven’t corrected her. If she wants to rename wintertime “sprinkle time,” that’s fine with me. I’ve never really liked wintertime all that much anyway. I think celebrating a season with sprinkles is a perfect way to spice things up. 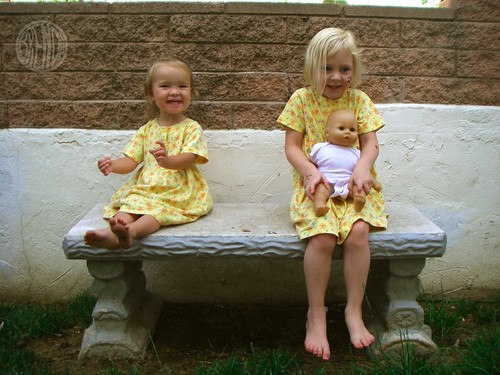 Anyway, going to Bethany’s was quite anticipated and anticipation is half the fun right? Because not only was there going to be cake, there was also going to be a friend to play with. Baby Bug and Annalie have been corresponding (with the help of their moms, of course) back and forth for months now. We’ve gotten so good at sending little movies and postcards that Baby Bug will exclaim to anyone who will listen that Annalie is her best friend even though she has only met and played with Annalie a handful of times. And during those handful of times, they have both spent a good amount of the time crying and complaining that the other one will not share. But that’s kids for you. 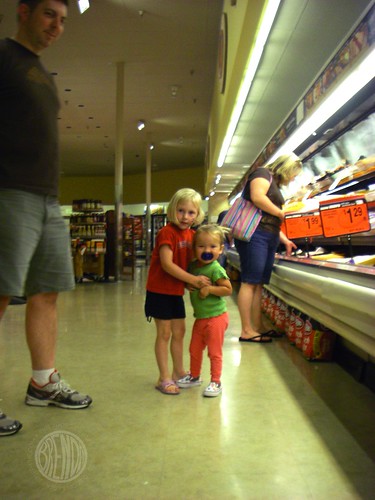 When we got there, we were not disappointed. Annalie came running out and gave me my very own homemade birthday card. She was all ready to play all sorts of fun games with Baby Bug but you know Baby Bug, she has a mind of her own and was off and running to do her own thing before Annalie could say boo. Which was sort of a theme for the weekend.

Poor Annalie. I think if I were her, I would be mighty disappointed. She just recently moved all the way from one side of the country to the other and left behind a whole passel of friends. They were used to playing with each other once a week or so and had quite the routine, I’m sure. She probably wanted to pick up with Baby Bug where she left off with her other friends but unfortunately Baby Bug is NOT a follower. She may look like a doll you can play with but she is not. She is feisty and busy doing her own thing. If you suggest something to do, she will likely on the spot decide that she wants to do the opposite just for spite. What can I say. Stubbornness runs in the family. 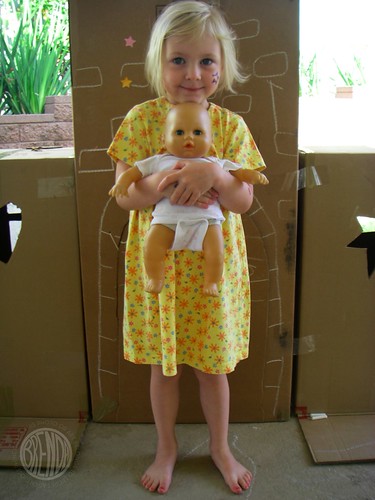 So I had to come to the rescue and, you know, make a cardboard castle or something to diffuse the tension. Yeah, that’s my story and I’m sticking to it. Cough cough. Never mind the fact that I LOVE building box castles and completely ignored the kids the whole time while I constructed the best box castle with a real drawbridge and not-so-real moat drawn on the ground in chalk.

I admit it. I love making stuff with boxes! I used to build spaceships and robots out of the computer boxes we got at work while I was on the clock and my supervisor was looking disapprovingly on from his office doorway. I can’t help it! Boxes call to me. I am the box whisperer. I see dead boxes. Okay. I’ll stop now. Which is a good segue to explaining the nature of this post.

I didn’t mean to go on so long about the above. I actually have several other things I want to write about and here I am halfway down to la-la-land and I have not even covered my weekend really. I don’t know if I will break it all into chapters or if I’ll just pile on the posts as they come. Which is a nice way of saying I’m not promising you anything. I may finish a recap of my super-fun weekend or I may leave you hanging if something else happens to come along and strike my fancy.

I guess it’s a good thing writing is not my day job because I think right about now an editor would be firing me. Oh well, who cares. At least I’m good at cutting up boxes.