posted in Beach Bits, Family Matters, out out out of the house!, party party, travel on July 9, 2019 by SAJ 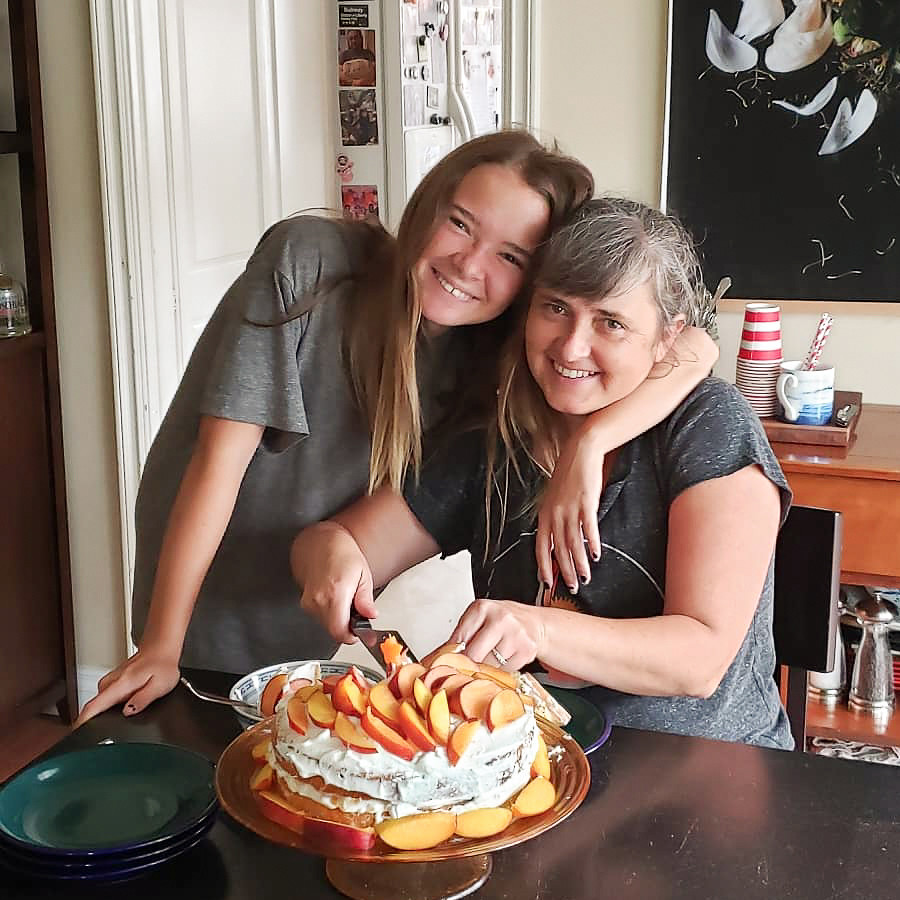 Phew! What a great extended super-deluxe birthday weekend I just had.

It all started with a park BBQ on the 4th of July which was a Thursday. I always slide Independence Day festivities into my birthday plan because why not, right? Everyone loves a barbeque in the park and fireworks at night. I’m happy to let everyone else celebrate with me. I didn’t make anyone sing happy birthday to me or anything (I got over that on my 40th where I got sung to at every meal for three days straight) but I did let myself have a helping of chips and a brownie, which I usually try not to.

The next day I had to work but I took the afternoon off to show one of Bug’s friends around Balboa Island and Payam and Joon came with! Balboa Island is always a good time. Ice cream, salt water taffy, walking on the sand and ducking under boat docks… it’s all good.  That night we celebrated with Payam’s family at a fancy Persian restaurant with an amazing belly dancer and right in the middle of her dance a 7.1 earthquake happened! It was the biggest, longest earthquake I have ever experienced and the first earthquake the girls had ever experienced. Talk about making a birthday dinner memorable! 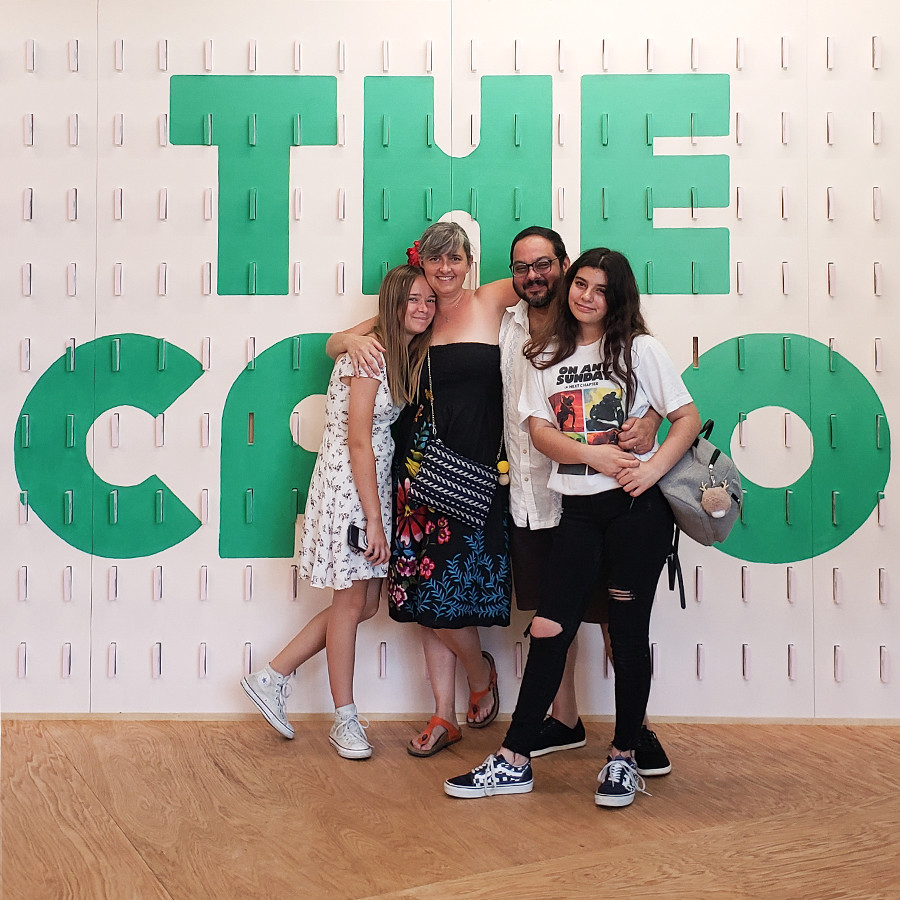 The next day we headed off to San Diego to visit The Cado, a pop-up avocado museum experience. I love using my birthday as an excuse to force my family to go on an adventure of my choosing. The girls always roll their eyes and moan about how boring museums are but between you and me, they like them. As long as there are photo-taking experiences they can pose for. We all like a good photo op.

The Cado itself was a bit of a flop. It’s only two rooms and hardly an experience. I was bummed because it was hyped to be a really cool super-long shipping container museum last year but they ran out of money during construction and had to cut their losses with a three-month lease in an office building. I was part of the crowd-sourcing in the beginning and I had donated money so I was invested in the project but I totally see how cost prohibitive a pop-up museum can be.  It’s so small now.  I was actually able to talk to the two sisters who founded it and it was really sweet to hear their whole story. I hope they do get it off the ground someday. I’m hoping to donate some art to the project. It that happens, you know I’ll keep you posted. 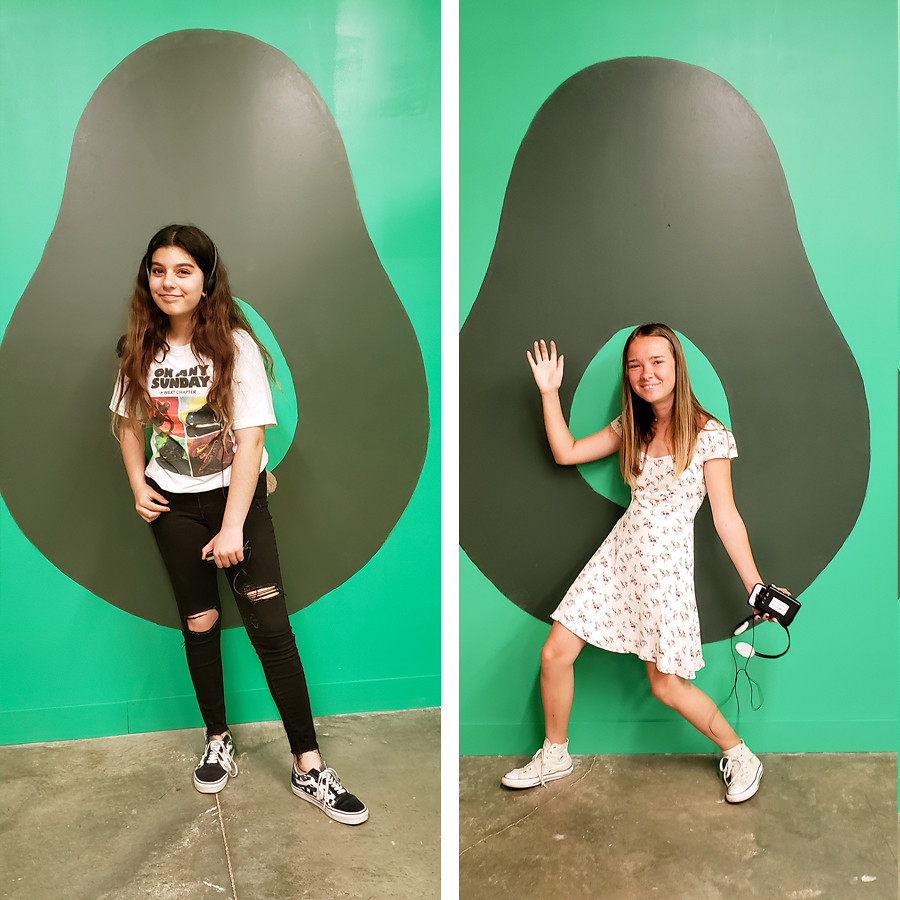 Bug and I LOVE avocados. Joon not so much but she was a good sport. 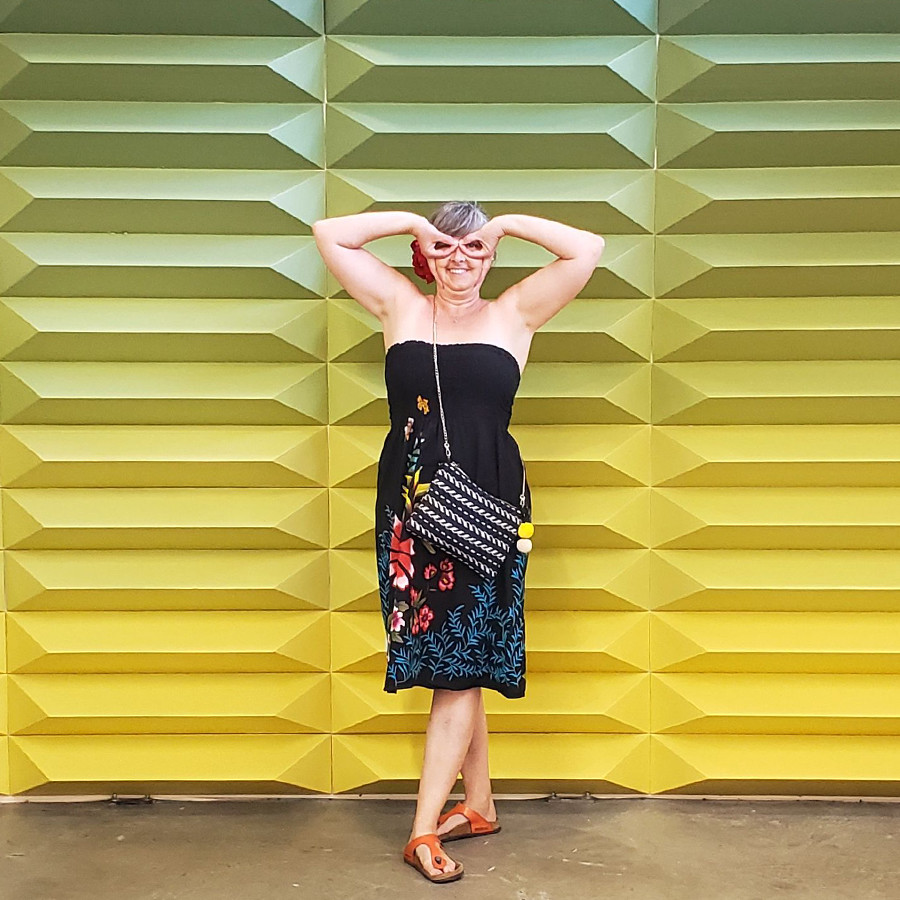 There were really only four or five installations but they were really cool. I loved this ombre foam parking curb wall. So pretty, right? My extra-large arms not so much. Maybe I should cut back on the boxing. :P 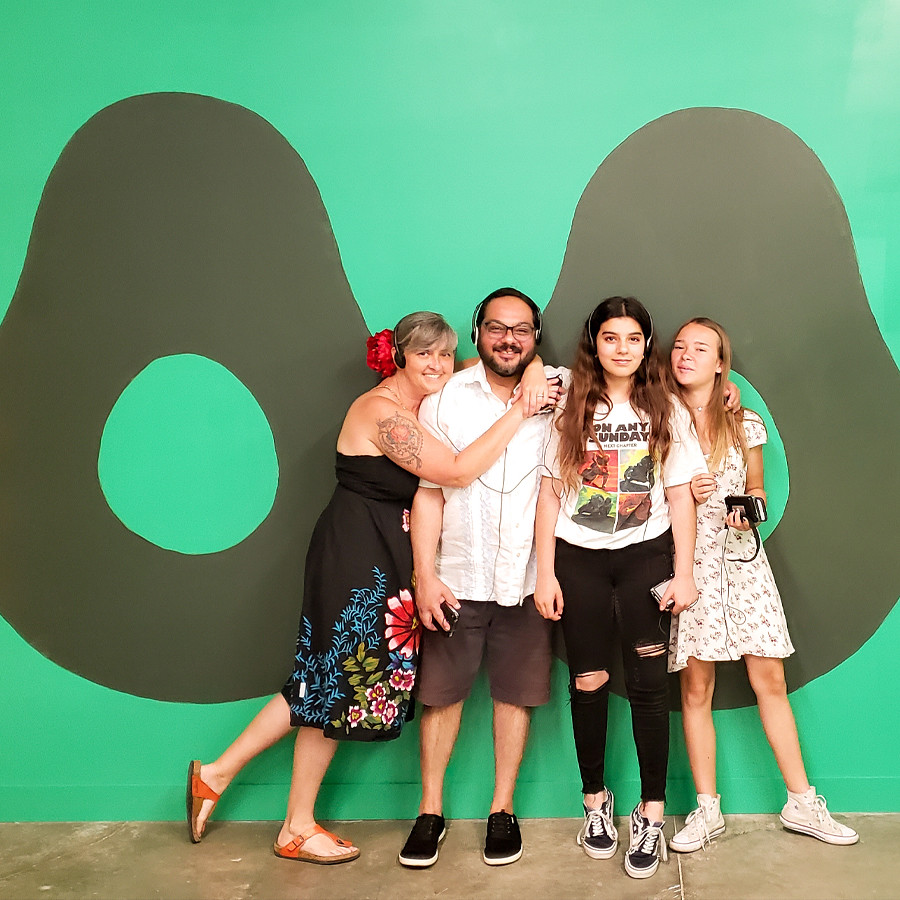 They give you Walkmans in the beginning of the museum and Jason Mraz has a little sing-song bit about where avocados come from. The girls had never seen Walkmans before so it was very humorous when Bug tried to put her tape in the player while it was still inside its plastic case. 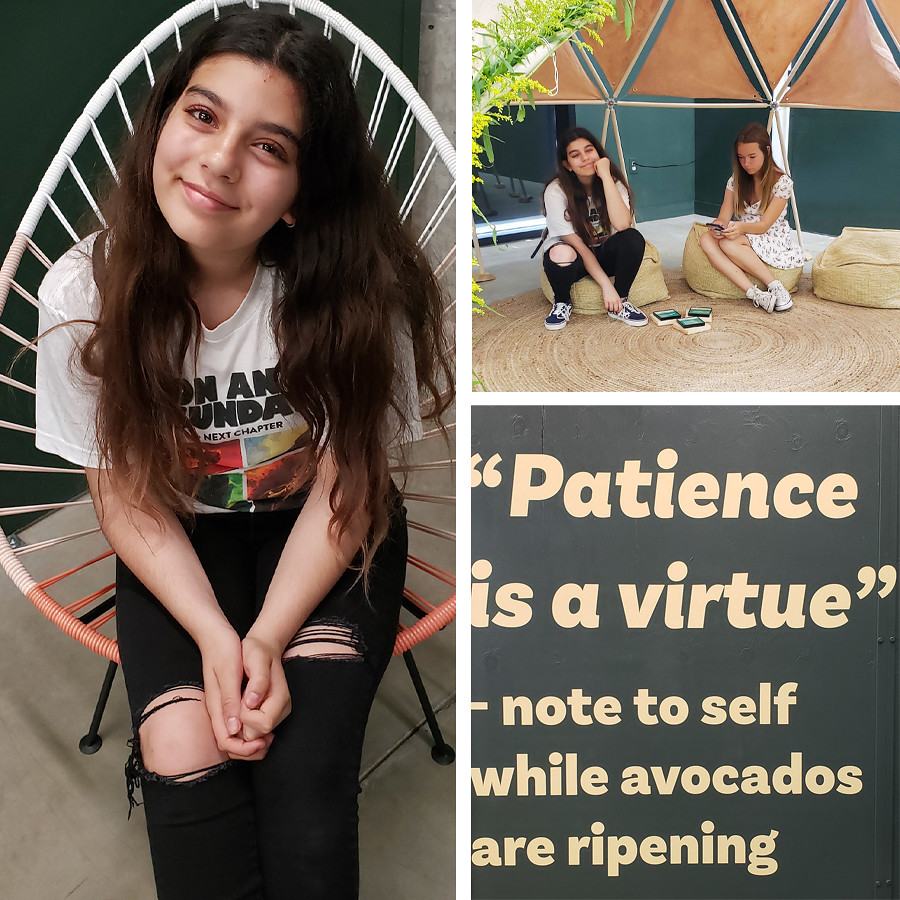 We came, we saw, we gave it a small smile for trying. Poor little Cado, such a good idea that just couldn’t quite get off the ground. 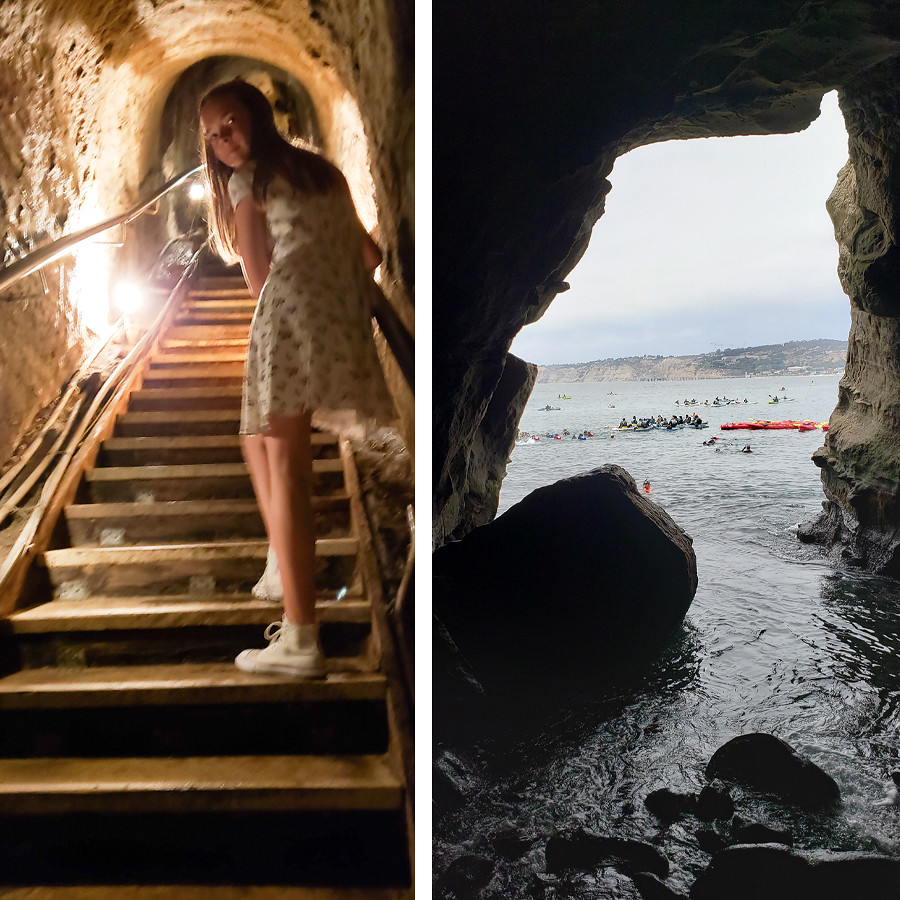 Since we were down in San Diego I decided to show the girls one of my favorite haunts: Sunny Jim’s Cave! I blogged about it ages ago but can’t find the link for some reason. It must be deep, deep in my archives. Anyway, it’s a little shell shop in La Jolla where you pay $5 at the register and then walk down 145 narrow steps to a sea cave below. It’s super cool, dark and mysterious. Limestone drips down the walls and just when you start to feel claustrophobic and scared that you are never going to see daylight again, it opens up onto this big deck inside a cavern with waves crashing onto it. It’s glorious! I really had a blast keeping the girls in the dark. They were quite freaked out, worrying about what might happen if there was another earthquake. Thankfully, by the time we got to the bottom they agreed it was a pretty cool secret. 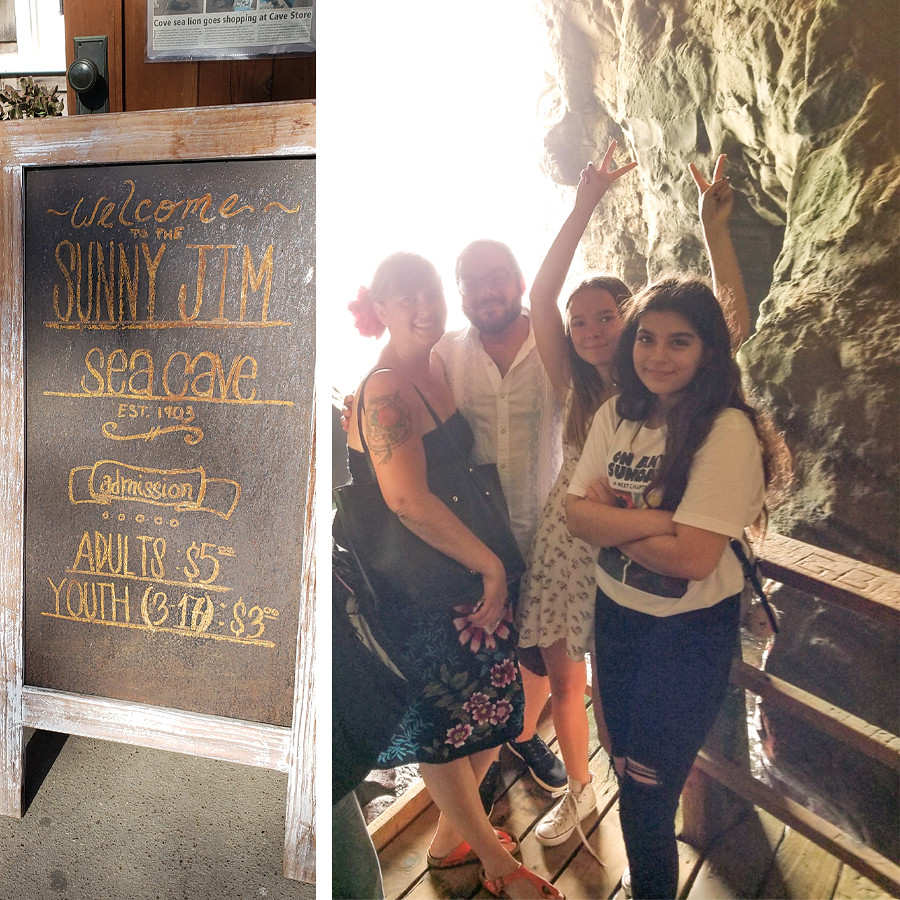 Of course it’s a lot busier than it used to be back in the day when I first discovered it. Now there are lots of people traipsing up and down the stairs and you can hardly get a photo of yourself in the cave’s mouth for all the crowds but it’s still pretty neat.

What I didn’t expect was how much the girls would enjoy the cliffs around the cave. 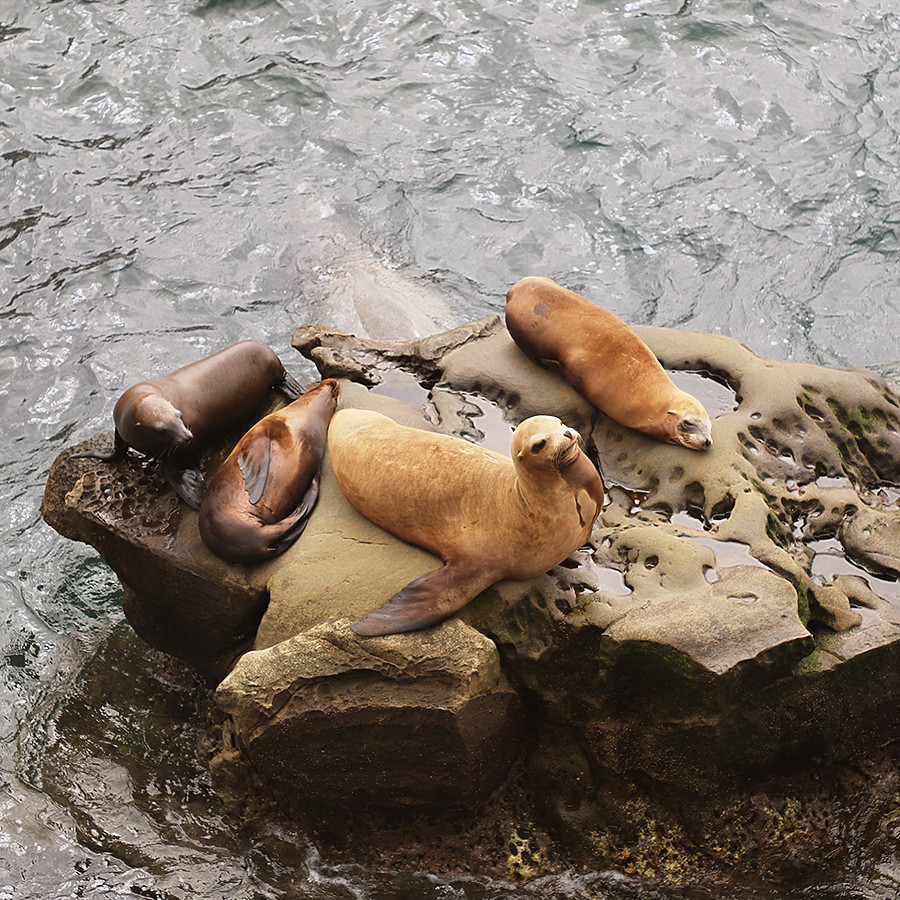 They loved watching the seals and climbing up and down the rocks. The barking seals reminded us a lot of our dog, Cody. Cody really is just a land seal. He’s loud and noisy and flops himself around the same way. Bark! Bark! Bark! 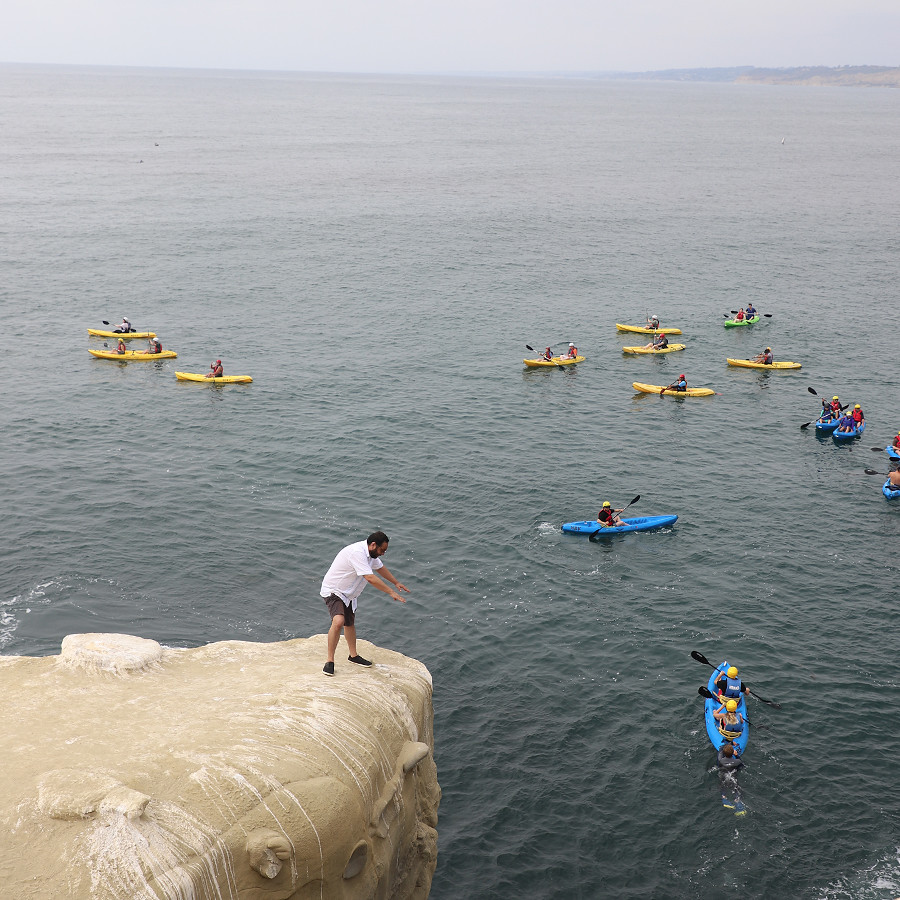 Payam, the dare devil that he is, enjoyed freaking us all out by pretending to jump off the steep cliffs. He probably would have too if he was a few years younger. He’s such a thrill-seeker like that. 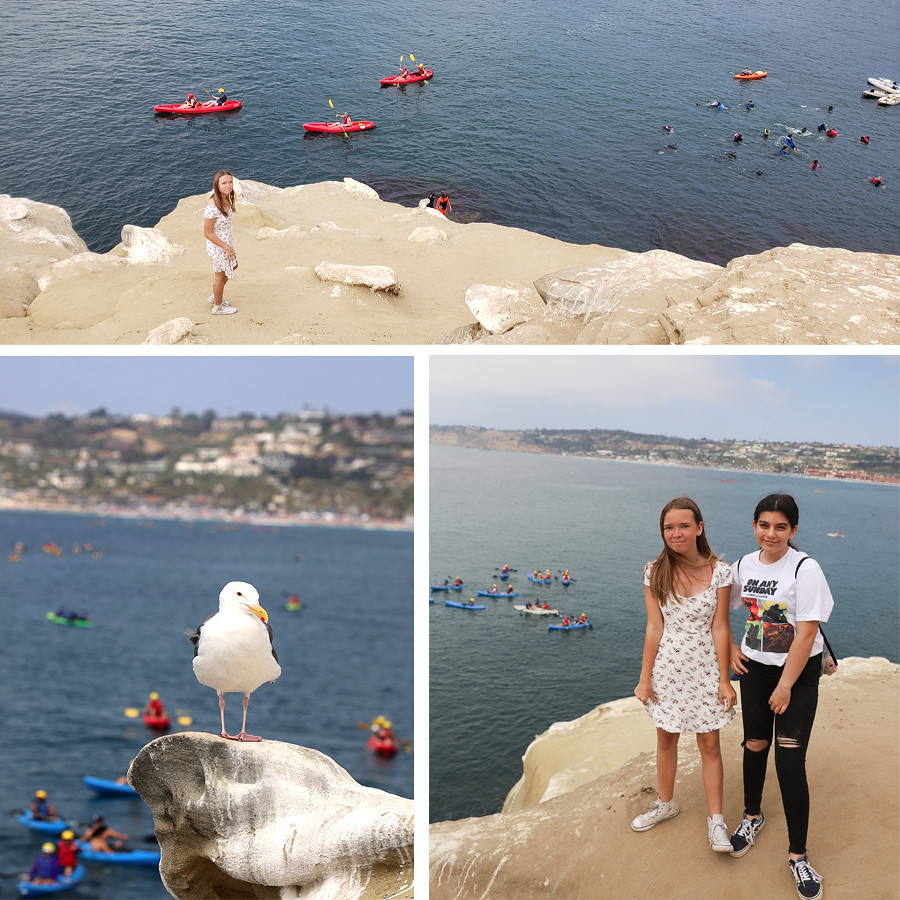 Bug and I are much happier safely away from the edge. 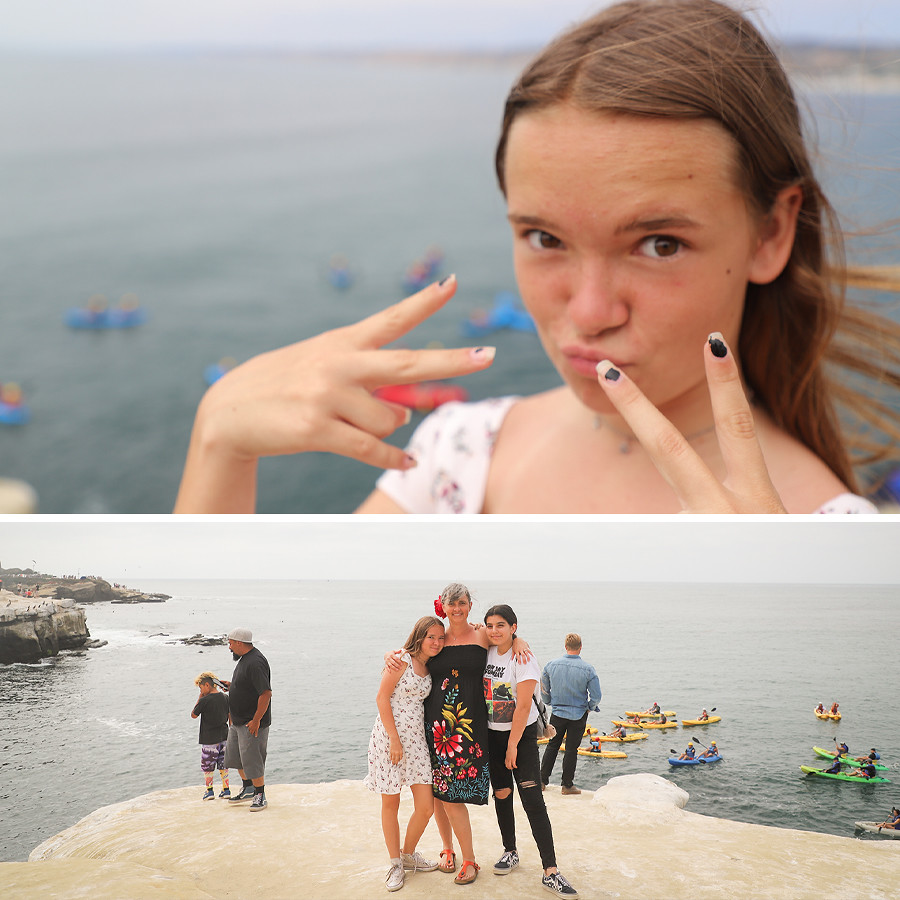 We took more pictures and thoroughly enjoyed ourselves. The girls would have been content to stay there all day. 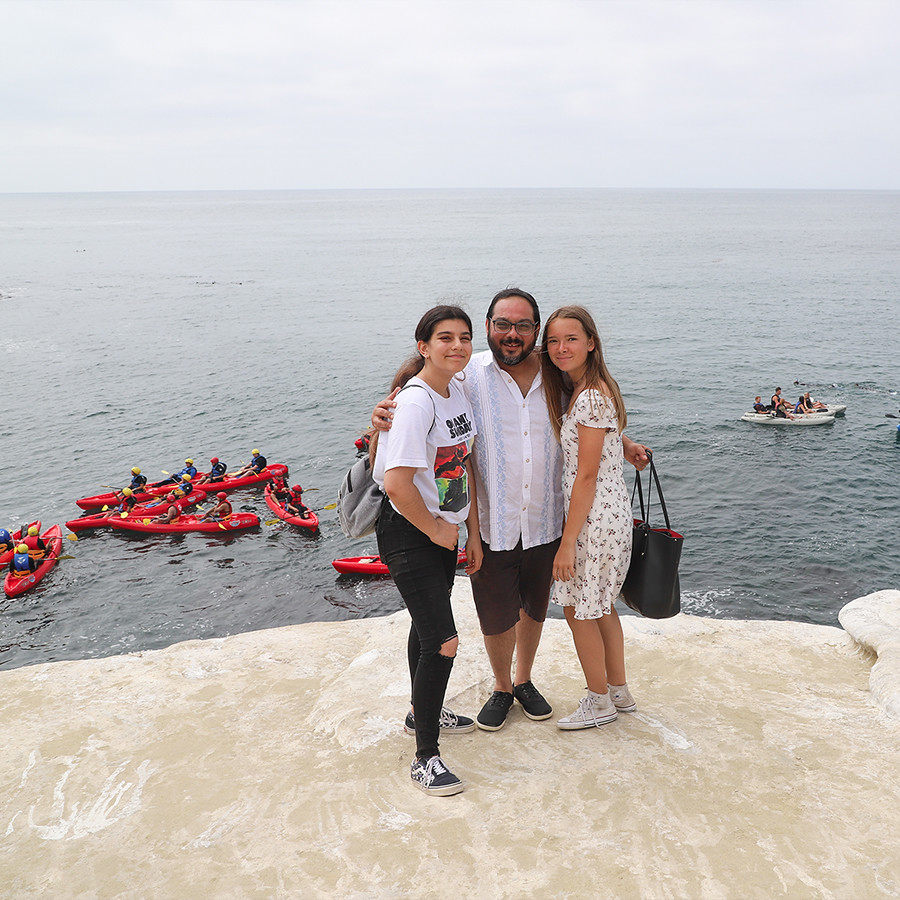 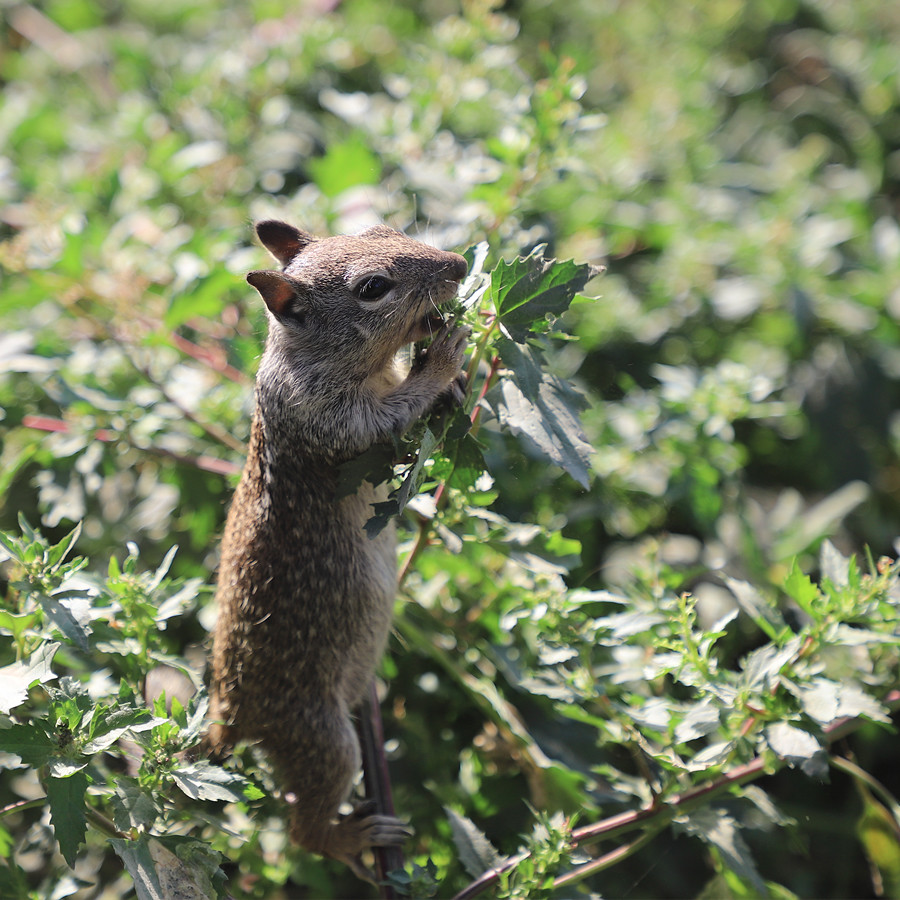 Just when things might have gotten boring, Joon spied these rentable motorized scooters. If there was any chance of moping about and complaining about having to walk so much it quickly evaporated. Joon is just as much of a daredevil as Payam and the thought of riding anything motorized quickens her heart. I fear for the day she gets her driver’s license. 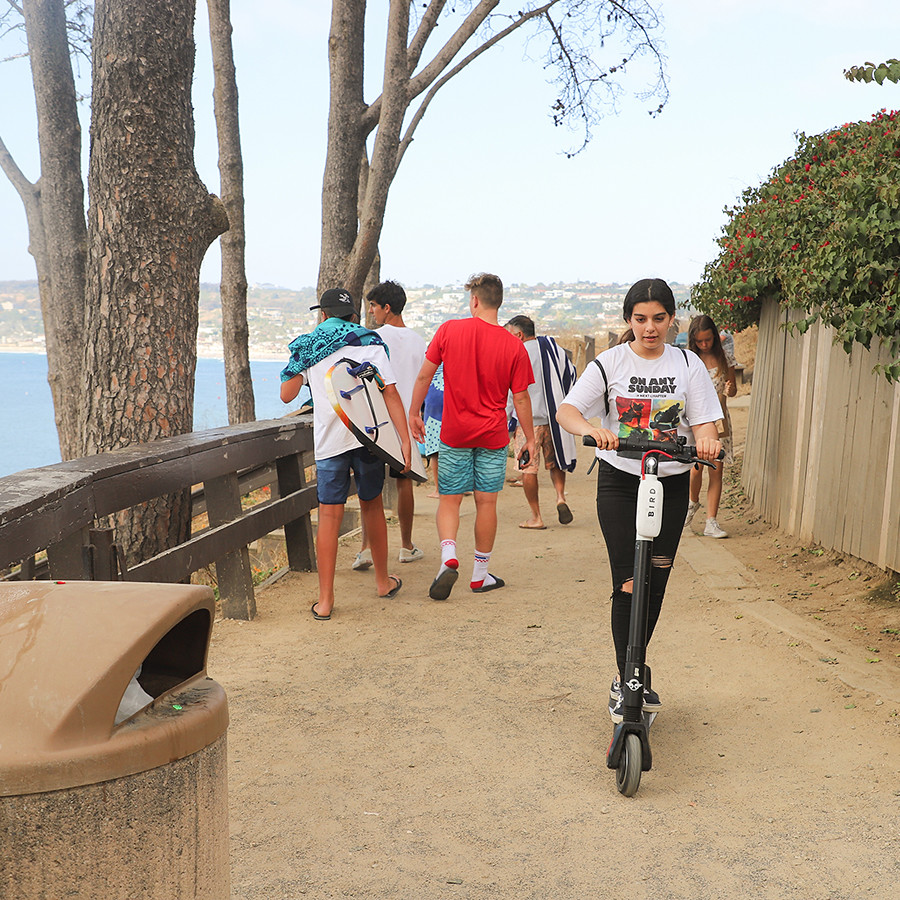 So Payam and Joon played with the scooter for a while. 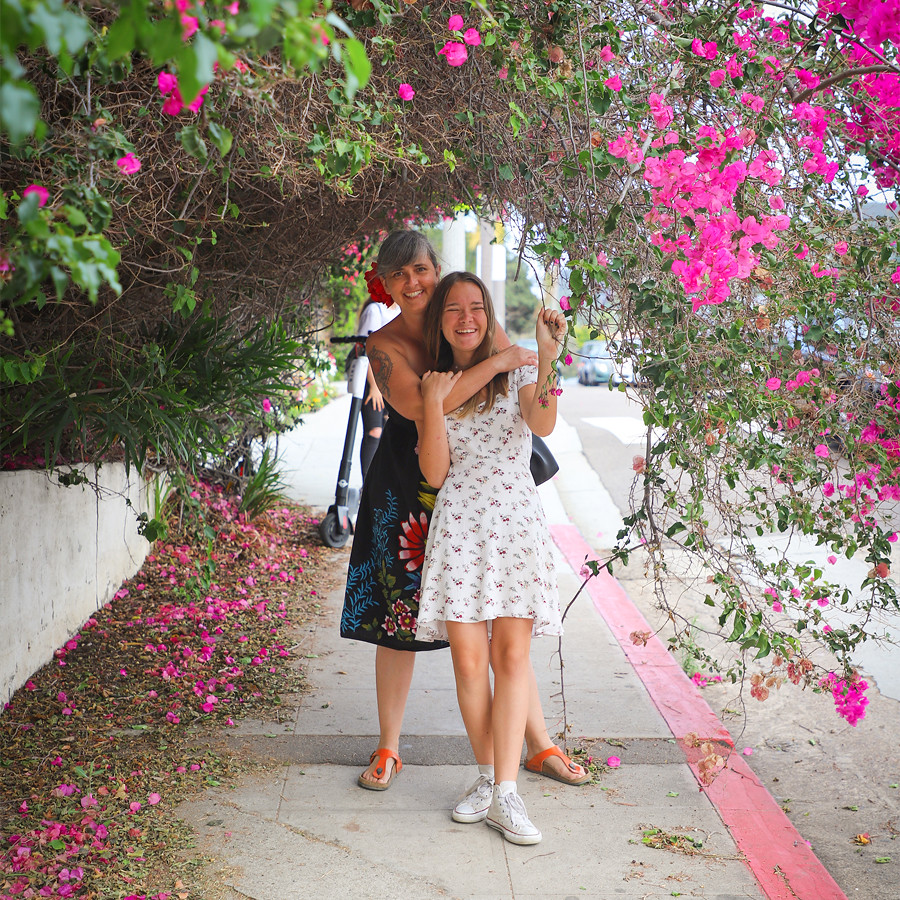 Bug and I were content to use our feet to get around. 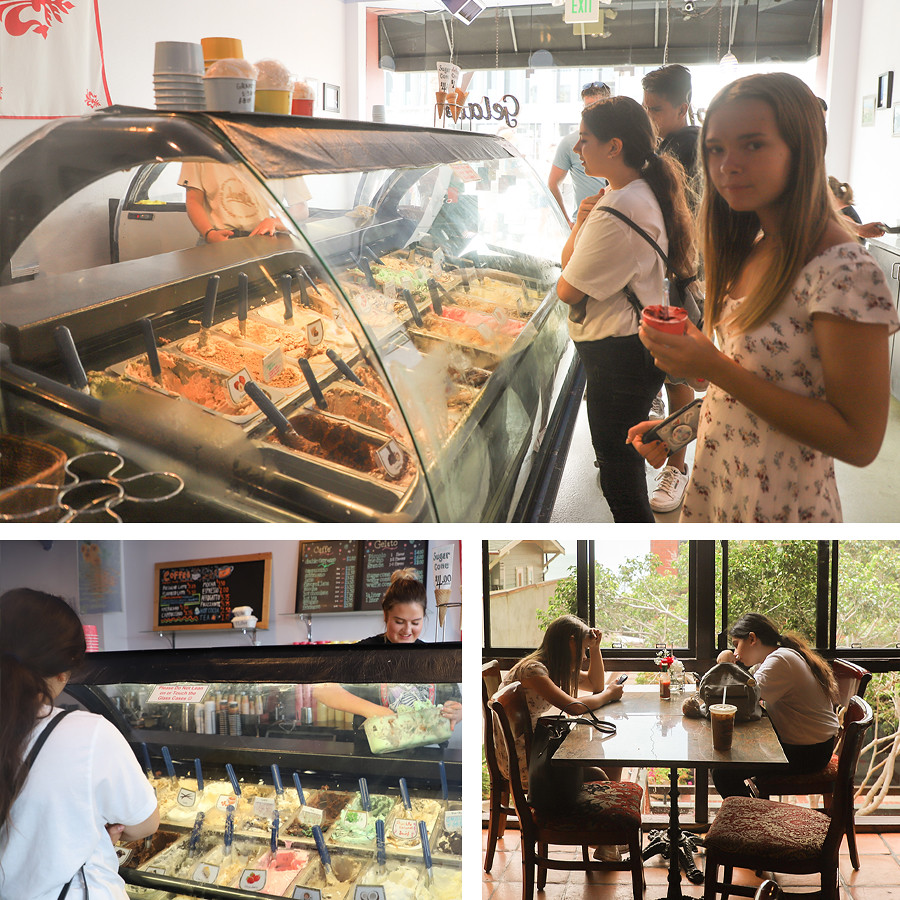 We walked the shops, got some gelato and an iced latte for me and then we went home, satisfied and tired.

The next day we had a Women’s World Cup breakfast planned at our house at 8am so we had to get home and get ready for that. Talk about go, go, go. We grocery shopped and Payam started on a birthday cake for me. But by then we were tired so he saved the frosting part for the next day. But then the next day happened and we had so much hosting to do we never got around to it. It was a great party but I took no pictures except a few on Instagram. 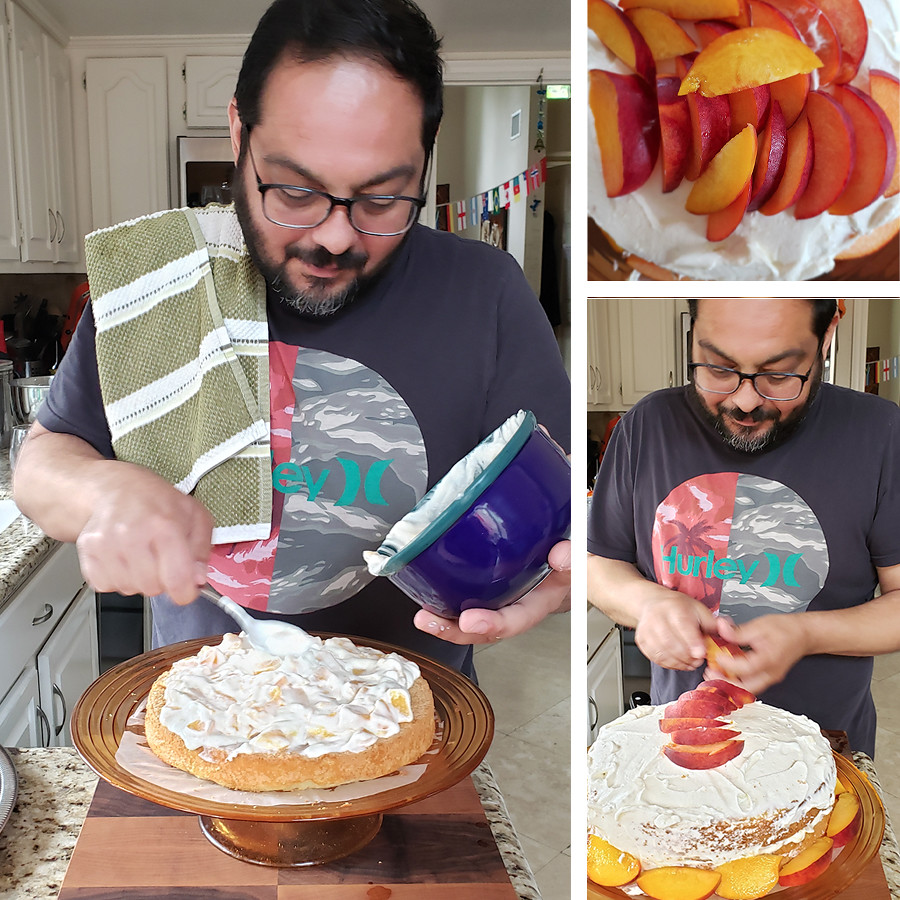 Finally, on Monday morning, Payam finished up the cake and I had it for breakfast!! It was bomb.

Payam has this really cool tradition where he makes me a cake every year. Usually I ask for something dark chocolate and flourless. This year I’ve been so into fruit (maybe because Summer took forever to get here) that I asked for a peach cake. I picked this recipe . It has a LOT of eggs and not much else in it so we were a bit worried about how it would taste but then after he added the cream-cheese whipped-cream topping, all doubts vanished into thin air. It was DELICIOUS!!! I think all the pleasure centers in my brain went off at once. There is nothing like light fluffy cake, creamy whipped cream and fresh peaches. 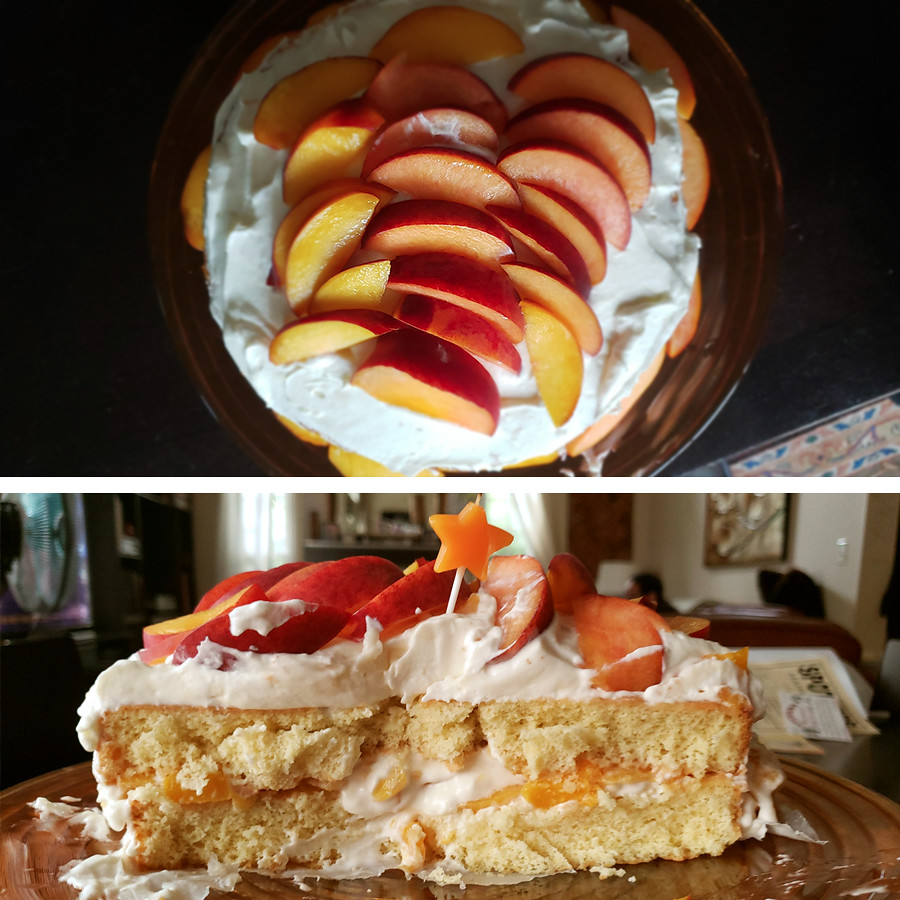 It was a bit messy but we’re calling it “rustic”. I don’t really care because it’s so tasty! I had it for breakfast two days in a row and now I’m thinking I better have some friends over to finish it off before I make this birthday the birthday I gained twenty pounds. 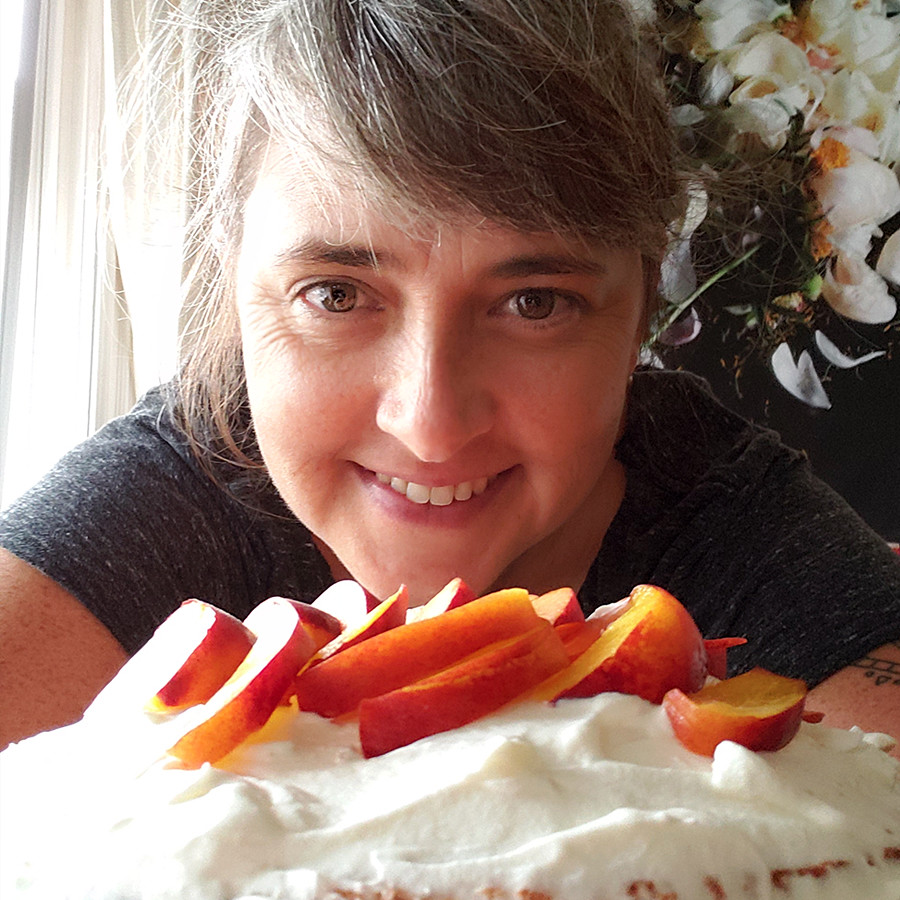 So that’s that. I think this birthday actually wore me out. It’s good feeling though. I feel like I had so much fun and I really maximized my day (and extended weekend!). I think 47 is starting off with a bang. A good adventurous bang. Much better than 46.