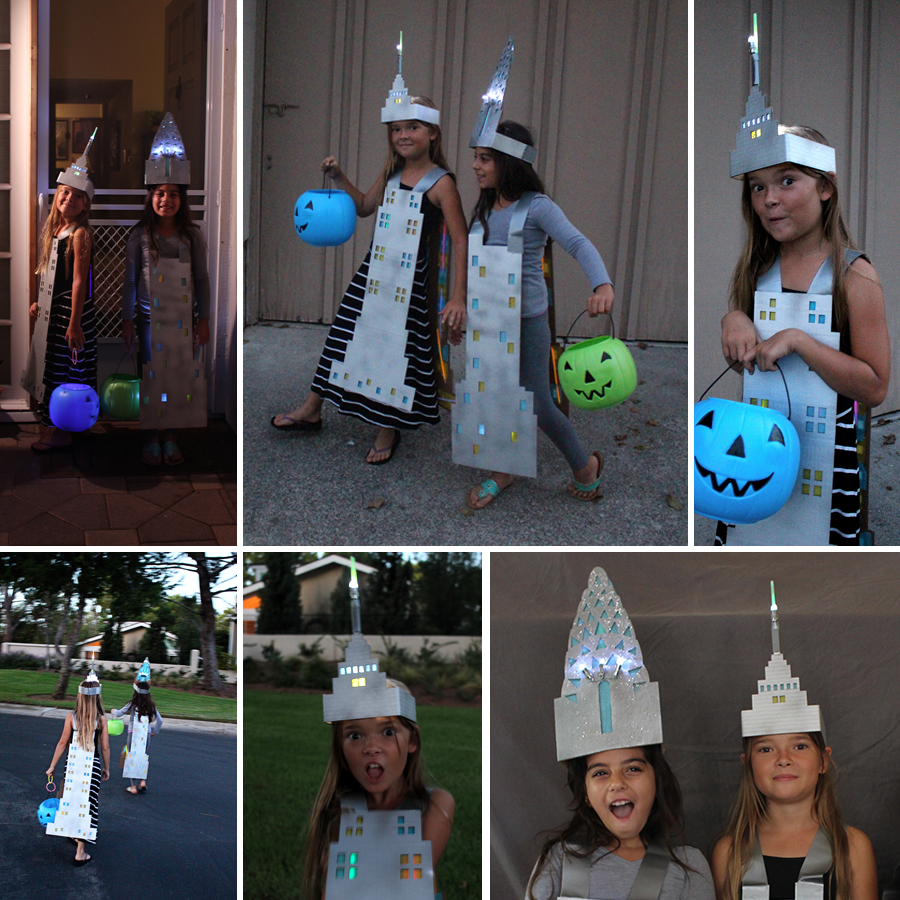 I want to say “We interrupt our regularly scheduled programming” but there is nothing regular about the scheduled programming on this blog so here we have a post on building costumes smack in the middle of Japan posts because guess what?! They’re up on Alphamom! You have to click over because they turned out really cool with special glow-in-the-dark features!

The behind-the-scenes story on theses costumes is that I procrastinated for a full week straight before getting them done.  I was completely paralyzed by the largeness of recreating an architectural building somewhat accurately. How accurate should I be?  I tried drawing all the columns and windows…I wasted days on that. Drawing circles and swipes for under the sea creatures is a lot easier.

Finally, I broke down and made the buildings on the computer. Duplicating boxes is a thousand times easier with a program like Adobe Illustrator. I sent the file off to mettaprints and they cut the file for me. (which was also about a thousand times easier than cutting it by hand.) It felt like cheating but Isabel assured me that other parents would want to cheat too. So if you want building costumes email me and I’ll hook you up with mettaprints!

Check out the post on alphamom! So far I’ve got The Empire State Building and The Chrysler Building and I think when I get back from Japan I might make the TransAm building and the Space Needle. What do you think? Any special requests? 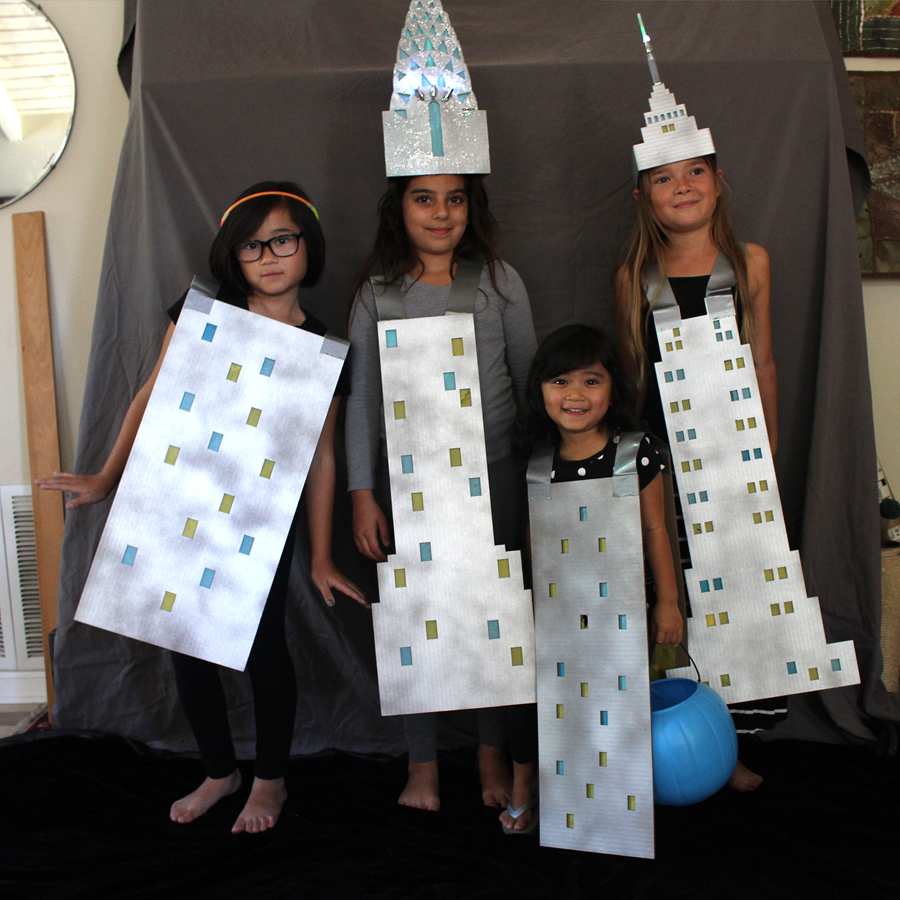 Aren’t my little generic small buildings cute too?!  I have the best models.

Also, I miss my white wall. I might have to convince Payam to move into a studio loft. Heh.