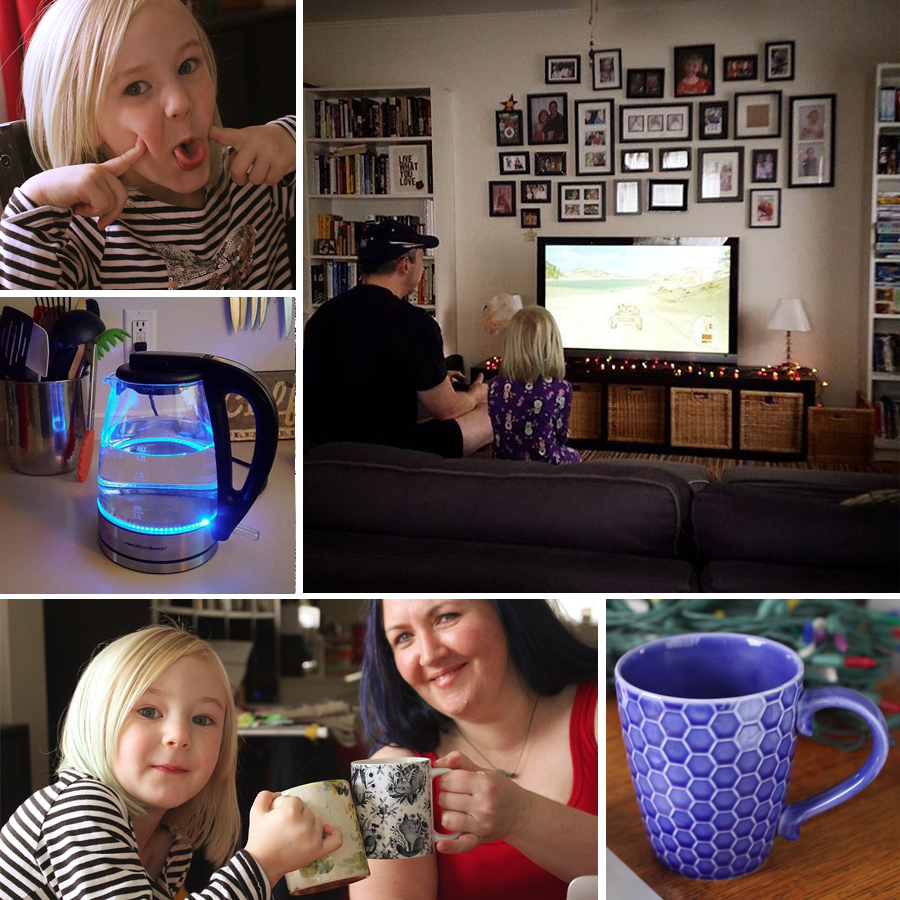 After we putzed around at Bethany’s for several hours, because Bethany made pumpkin cinnamon rolls from scratch (like she does) and I had about a zillion cups of coffee (like I do) we headed off the base to tour downtown Yokosuka. More specifically we were on a mission to find me some comfortable walking shoes for my big tour of Tokyo tomorrow (today) and find the Japanese Stationery store that Bethany’s been telling me about since she moved here. I’ve been a fan of Japanese stationery stores back home but I have long dreamed of the day I could visit the real thing. Four floors of pens and paper and art supplies and twee little things with cats on them!!! 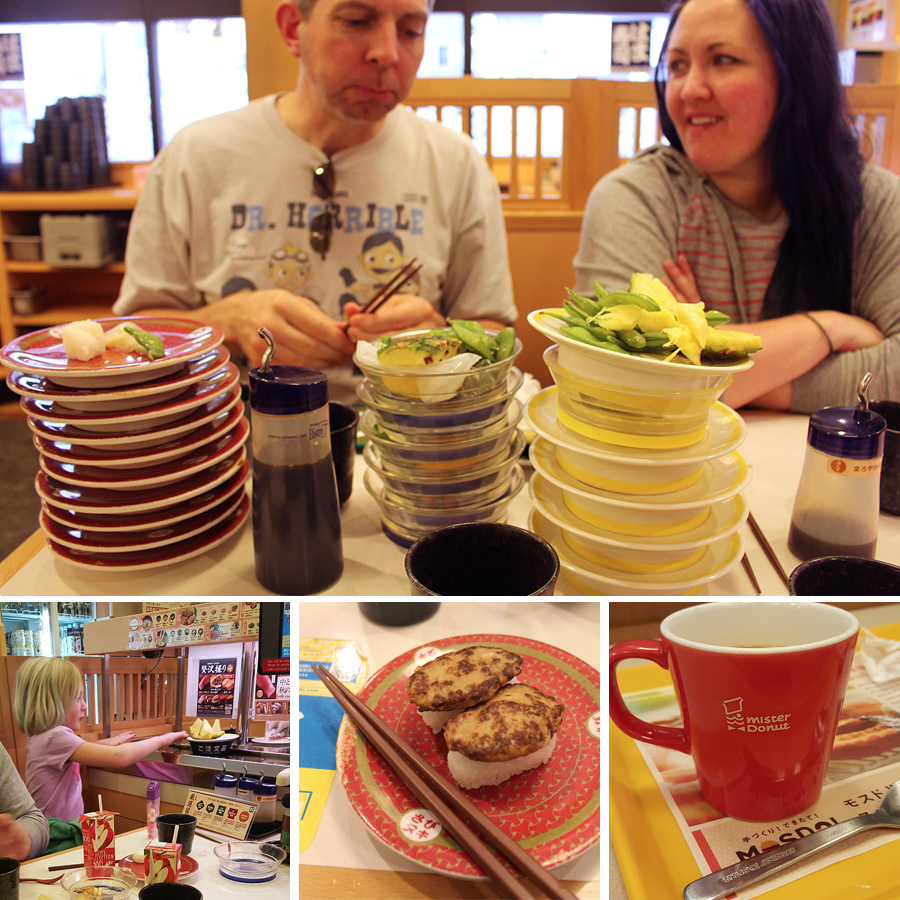 But first we had lunch. Because we walked a lot and it was on the way. Oh yeah, we also hit up the 100 yen store (100 yen is roughly 80 cents so think: dollar store). I didn’t take any pictures there but I bought about 75 dollars worth of washi tape. Because that’s why I came here.

For lunch we stopped at Hamazushi which I hear is the equivalent of Japanese fast food. It literally is very fast. Everything is beeping like an arcade game. Bright florescent lights shine, plates come down a convertible, music that makes me think I’m in a Mario Brothers cartoon plays from a little computer screen at your table… before I knew it Annalie had ordered up five of this and three of that and who knows what else. Would you like some green tea from a hot spigot at the table and a few shakes of powder? Yes, please! How about some wasabi from a tiny plastic packet? Bells dinged, cartoon people sang and there was our lunch, thirty-seven plates later. Salmon sushi, tuna sushi, freshly cut pineapple, french fries and little hamburger patties on top of rice? What, what?

Of course Bethany and Troy are old hats to this routine so they chatted about the day as if this was totally normal to snatch bites of sushi off plates that piled up in front of you. Then at the end of the meal they pushed a button and a server came around to tally up the plates and give us our bill which was surprisingly cheap.  I have to admit it’s a very efficient system. Not the most romantic of atmospheres but efficient and great for kids. I’m kind of surprised we didn’t walk away with a plush toy at the end of it all. 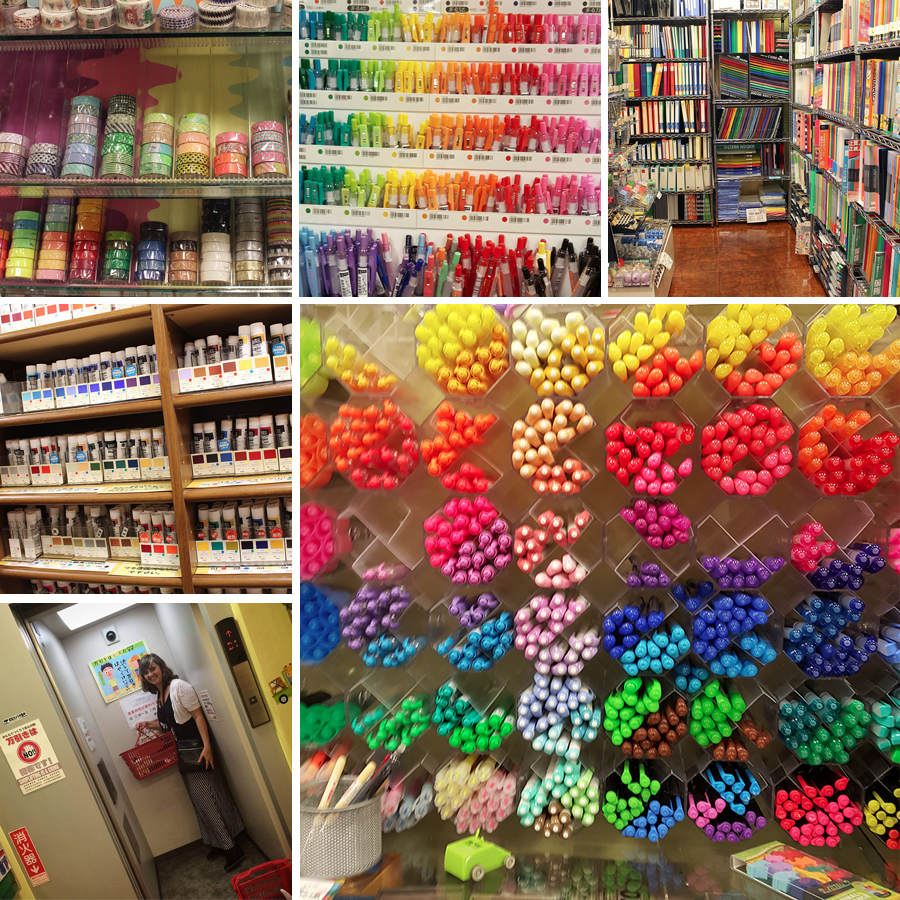 Then we hit the stationery store! Cue angels singing from the sky and harps playing, doves flying with ribbons in their beaks, Cinderella dancing somewhere… There were aisles and aisles of pens and paper all colors of the rainbow, shelves upon shelves of washi tape galore, stickers forever, art supplies you’ve never seen before! I bought neon gauche and pens in five shades of drab green. Yes, that is my favorite color.

It was heavenly. FOUR (!!!) floors of Japanese stationery!! We shopped and we shopped and we shopped. And then we rode a tiny little elevator that you’d think was only big enough for one but we rode with THREE people on it. The cutest little Japanese grandmother squeezed in with us and stood quiet as a mouse next to us with her nose practically touching the wall as we rode downstairs to the basement.

As they say, everyone is falling all over themselves to be polite here. Thankfully, Bethany has picked up a little Japanese so she covered for my bumbling American-ness with lots of  doumo arigatou this and Arigatou gozaimasu that. Everyone was bowing and smiling at me. And if you make a mistake and hand them the wrong change they laugh and smile like it’s so cute and funny. Everything is cute and funny. I kind of love it here. 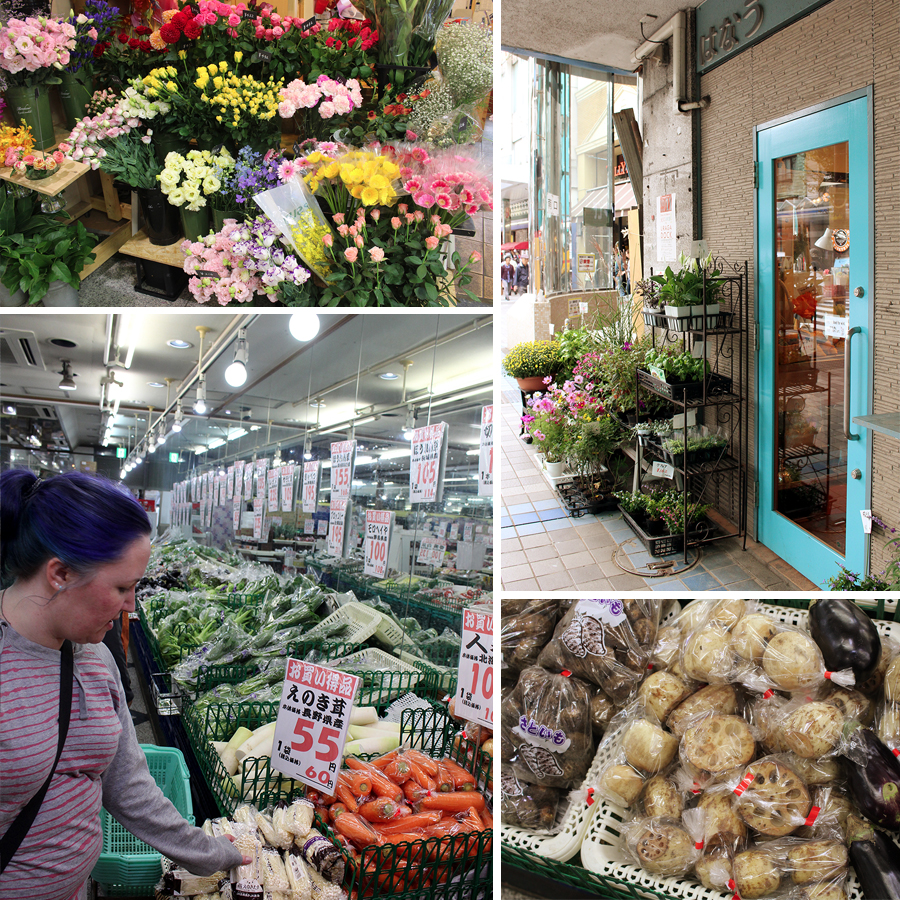 Outside we checked out some little markets that remind me of downtown LA a bit. The lighting was not so photogenic with the weather being overcast and everything being lit by florescent but the merchandise made up for it. Pretty flowers, funny shaped vegetables…every turn had something new to see. 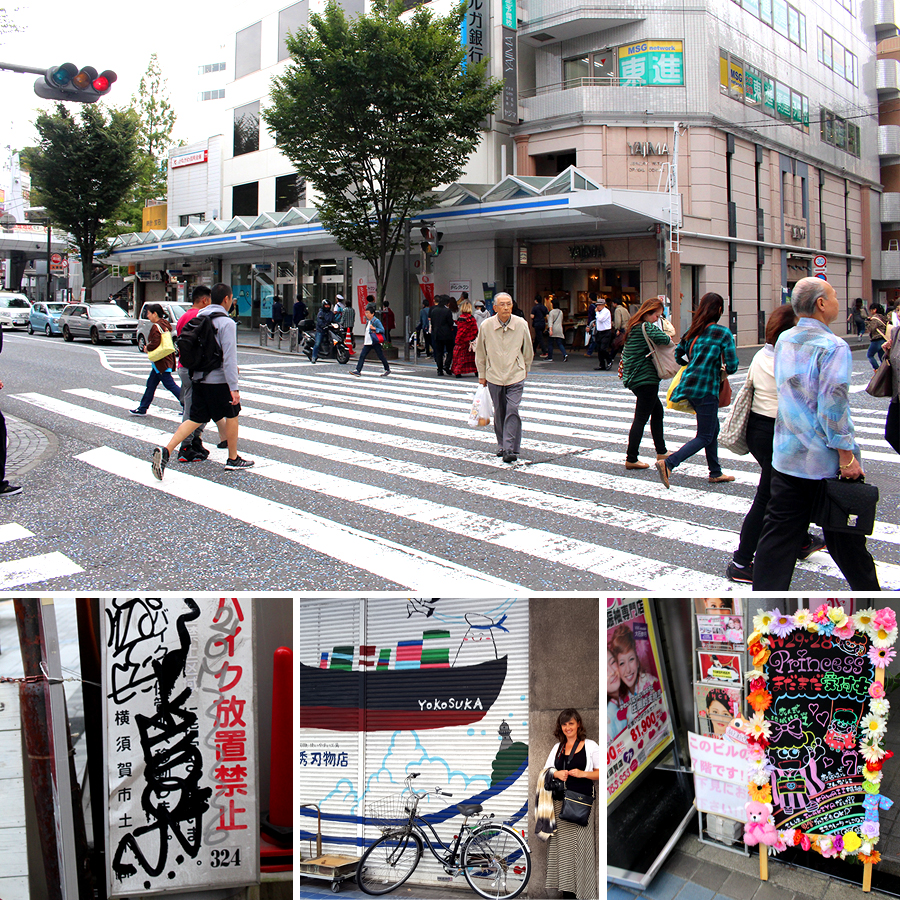 I didn’t find any shoes in the little downtown but finally at the end of the day we headed back to the base where they have a huge department store and I found some perfectly good FLAT boots there. And it’s a good thing too because the heeled boots I wore all day were killing me with giant knife blades! Honestly, I’m worried the nerve endings in my two right little toes might be gone forever. But that’s okay. I’ve got a lifetime of washi tape to help me through.

And now I think I better catch two blinks of sleep because at 5:30 in the morning I am heading out on my BIG TOUR OF TOKYO!!! I’m so so so so very excited about it.

edited to add: I can’t believe you guys are so nice and didn’t point out I spelled stationery wrong. I was out all day knowing it was wrong and just now got a chance to fix it. Thanks for being nice about it.