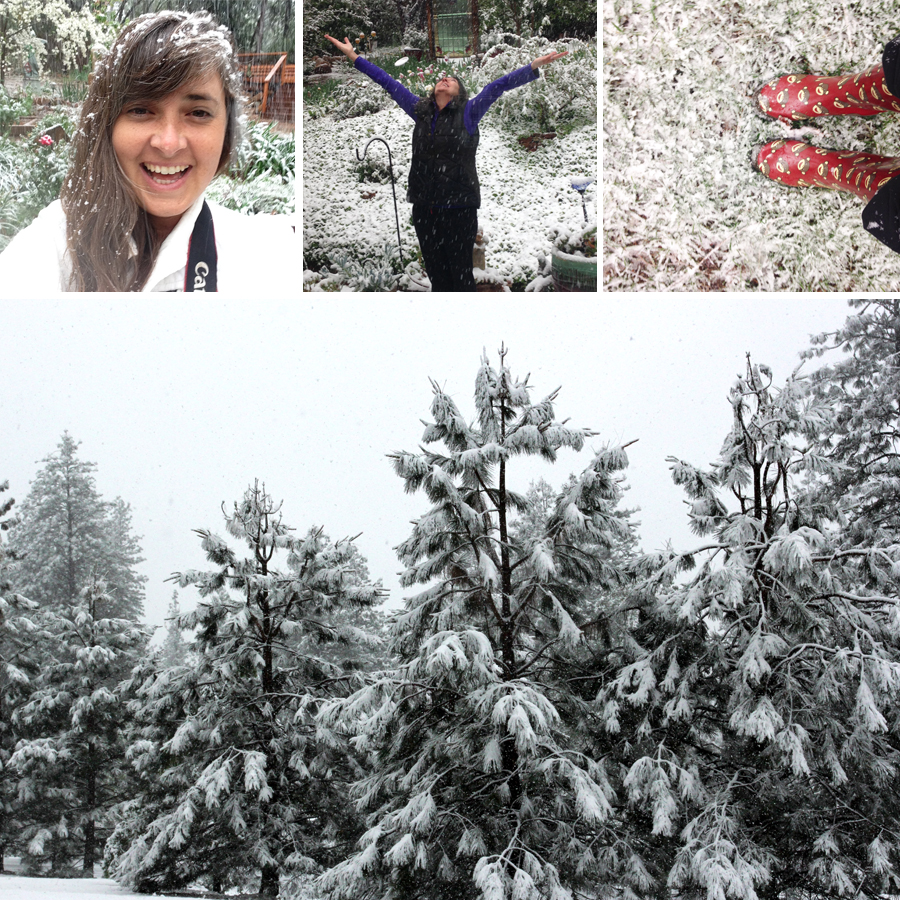 Just when I thought I was having the time of my life at my friend Susan’s (You know, living it up with pedicures, massages, eating delicious things at every turn and pretty much getting spoiled rotten, as per usual.) Susan decided to order up a snow storm just for me. A SNOW STORM!!

It’s April. I was there to see Spring flowers not snow. But I LOVE SNOW! Well,  as much as any Southern Californian who has never  seen snow in her life before!!!

I take that back. I’ve seen snow. BUT NOT LIKE THIS: 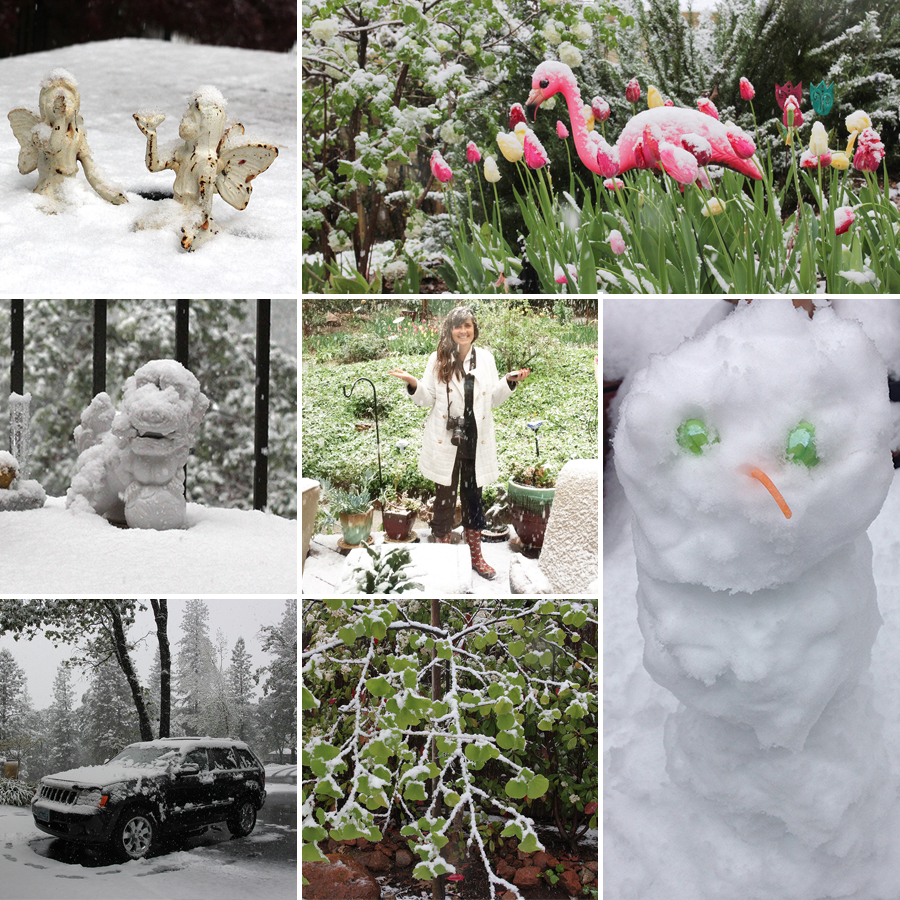 It came down soft and fluffy and fast. In the space of two hours there was easily two inches of fluff everywhere. I was beside myself. How to capture the magic of it all? Instagram? Movies? Snapchat? I went a little bananas. 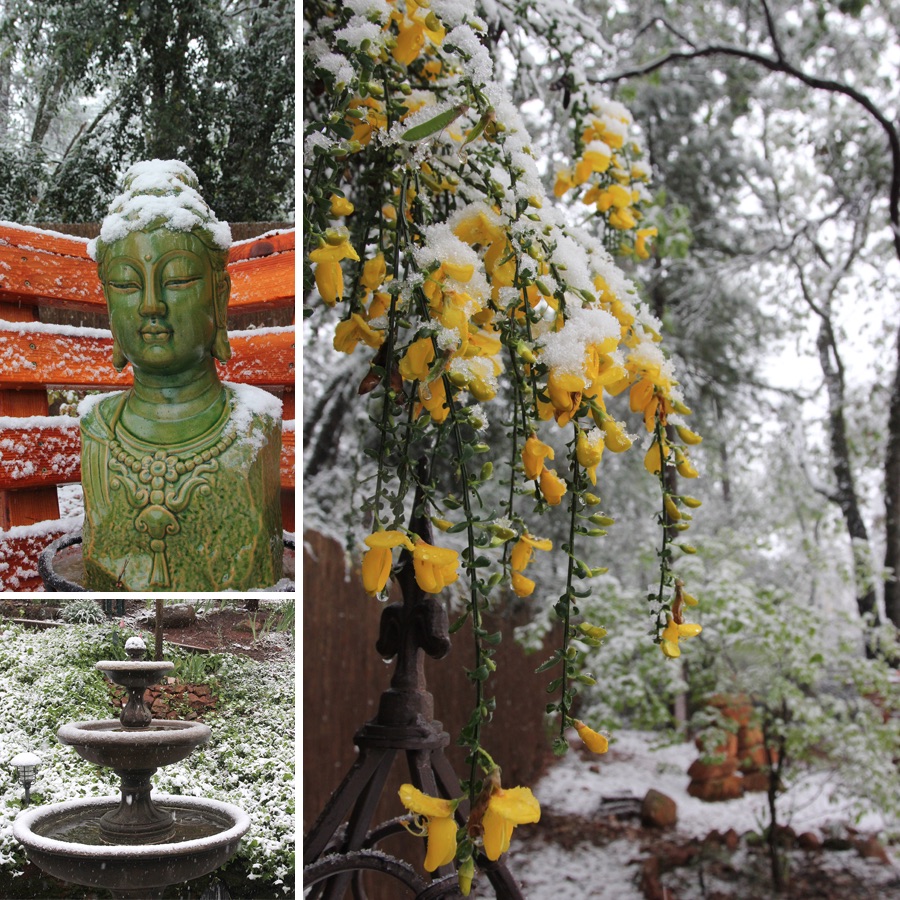 You hear that New York? You’ve got one day.