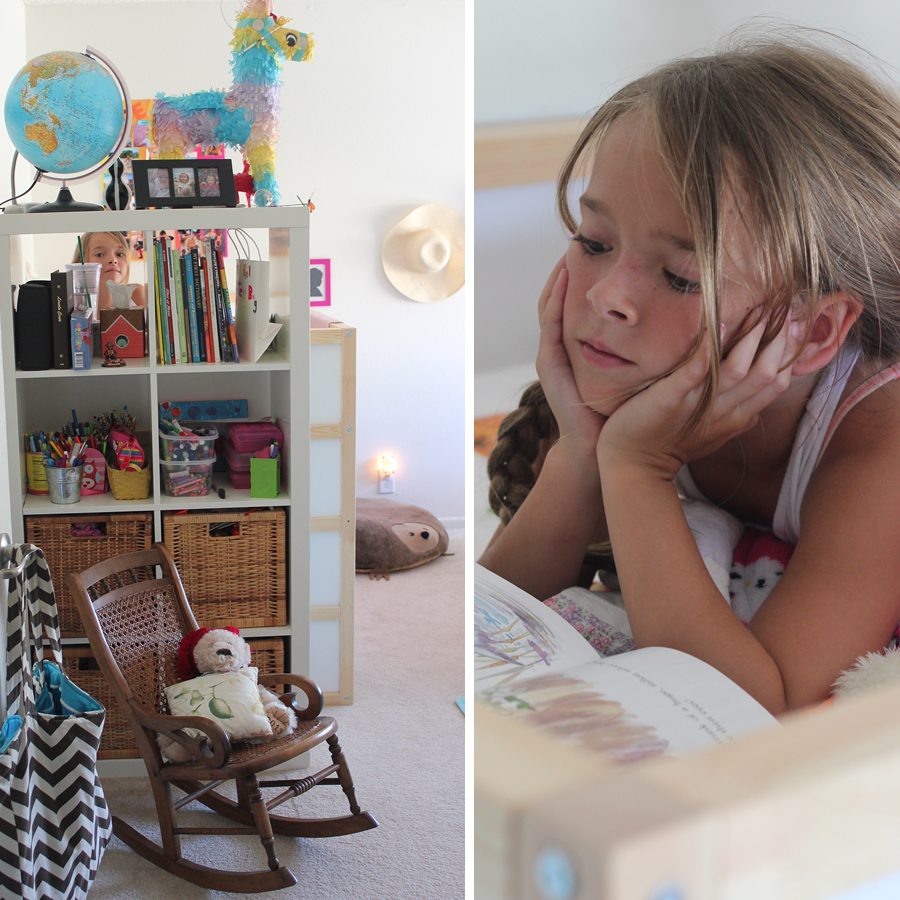 Seven years ago I wrote this post. It was hard to write. I remember stressing about it and worrying that readers would judge me like I judged myself. I had ideals for what parenting was about and I was harsh on myself.  I was failing.

Before I had a child, I was that smug single person who got annoyed when you called me on the phone and you couldn’t carry on a conversation for more than a minute because your kid was interrupting you fifty-seven times in the background. I mean come on?! Can’t you just tell your kid to shut-up for a minute? Yes, I was that sneering , eye-rolling, impatient snob in restaurants making fun of the haggard parents who couldn’t control their crazy kids in a grown-up, sit-down situation. I admit it. That was me. I thought I was better. I had big plans about what kind of parent I was going to be. Biiiiiiig plans.

I was going to teach my kids to be independent. They weren’t going to be hanging on me every five minutes, or screaming and hollering and running the show. No, they were going to be well-behaved and I would rule the roost with an iron fist. I was strong. I would be a good parent. None of this wimpy parenting for me.

God saw my big parenting plans and sent me the most adorable, strongest-willed creature on the planet. Even the nurses warned me she was going to be a handful. They could tell that when she was SIX days old!  And here’s the thing: She was so cute I was completely defenseless to her wants and needs. She owned me. She still does. I never did the cry-it-out thing. I never Ferberized. I rocked and sang and let her sleep with me. I pretty much rearranged my entire life around my beautiful little creature who brought me endless joy. Yeah. That was me.

Which brings me to that post from seven years ago. I wish the comments were still there (They got lost over the years when I switched from Moveable Type to WordPress) because they comforted me a lot back in those hard days when I thought I was failing miserably. I remember, I think it was Margalit who said, “Don’t worry. They won’t sleep with you forever.” I think she even mentioned something about her twins being seven or eight when they finally decided they wanted their own bed.

So here we are: 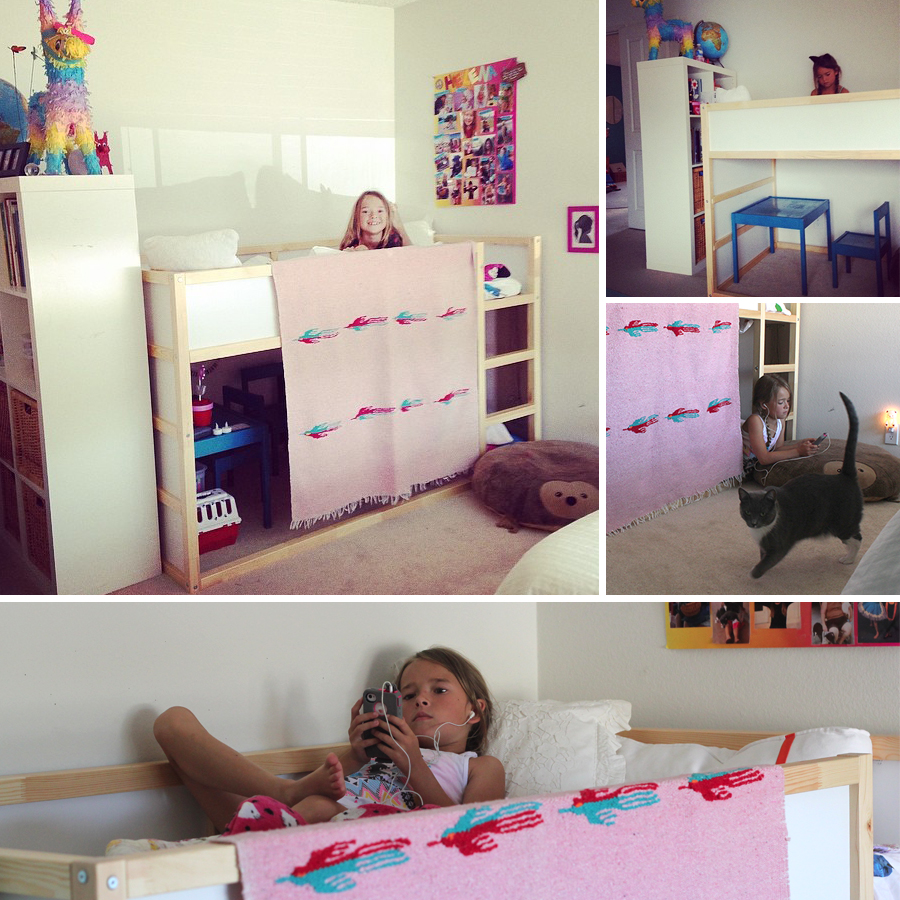 Bug is eight and she finally has her own bed. It’s been something she’s wanted for a while but we live in a one-bedroom apartment and I’ve been putting off buying something because of expense and lack of space. We’ve always had a futon at the foot of my big bed that she called her bed but she never slept in it. Why bother when cuddling with mom is so much cozier? Plus, I didn’t want to have to roll out that big heavy futon thing and then roll it back up every day. It was just easier to sleep together. And it wasn’t weird or anything.

But it was weird to her friends and she was starting to get embarrassed. And I was starting to get tired of her stuff exploding all over my space. Remember that nice white bedroom that I was so proud of when we first moved here? That serene peaceful space that I could call an oasis? Hah! It was more like Bug’s massive castle of clutter and alter of exploding art supplies. Her toys and stuffed animals and various posted signs and masterpieces took over every inch of our bedroom. I felt like I was sleeping in a day care center run by muppets, not my own sanctuary.

So I bought Bug a loft bed and shoved all of her crap underneath it. I hung a blanket over her little area and called it a day. Clutter is now out of sight and out of mind! 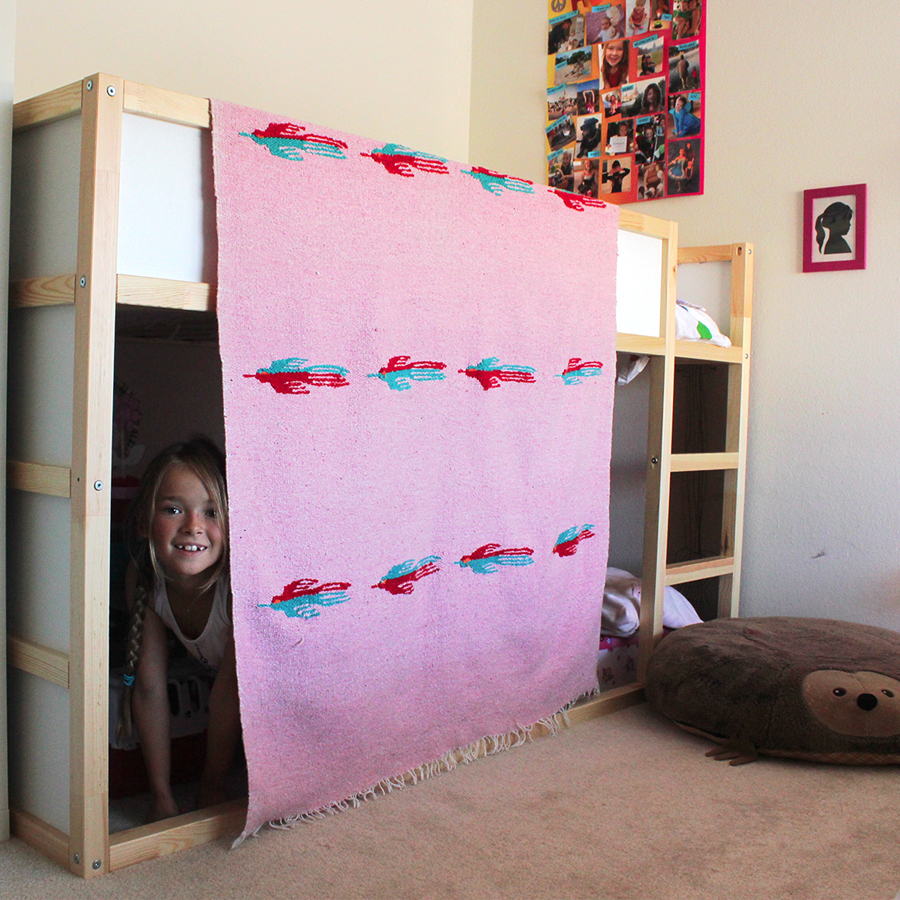 Of course it wasn’t quite that easy. We may have purged two bags of toys and one bag of clothes and I may have made a new rule about not hanging anything on the walls anymore. Just, you know, taking back some control over the situation… 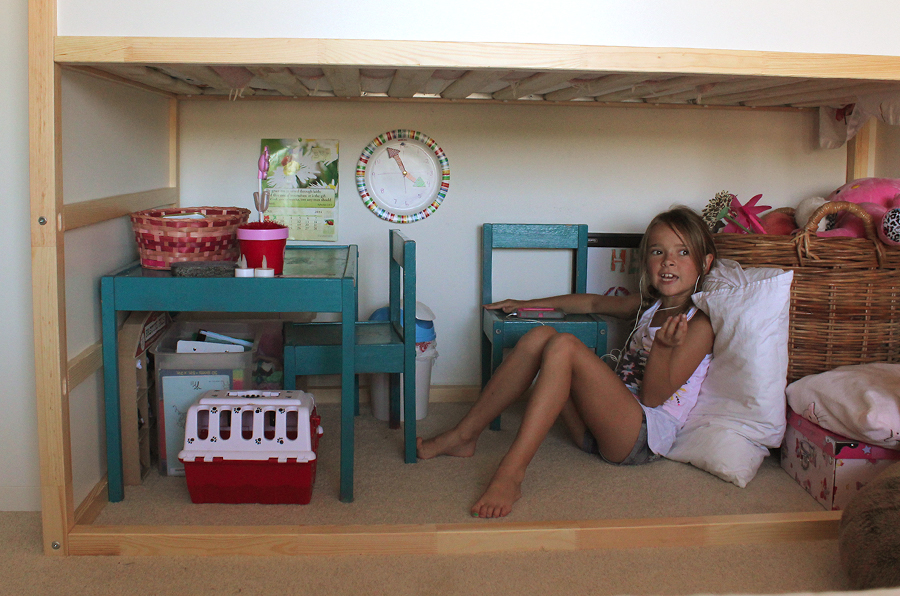 And because her little space is so fun, she didn’t complain a bit about the new restructuring of power in our one bedroom. It’s like she has her own apartment inside our room. She LOVES her new bed. She sleeps in it almost every night.

We’re getting there. She still climbs into bed with me on extra anxiety days but I would say four out of five nights, she sleeps by herself.  It’s nice. So much room for my legs to stretch out and no more kicking!!! Wooo hoooo!

So what’s the final word on spoiling your baby? Did I create a monster by letting her sleep with me when she was tiny and pretty much rearranging my life around her? Maybe. She is still pretty spoiled and used to getting her way. She still has an iron will that I’m no match for but she’s a good kid. Could some of her struggles with separation anxiety be because I never forced her to be independent from me when she was really really little? I don’t know! I wonder that all the time. If I had broken her will before she was five would she be more well behaved?

I don’t think so.

I think every kid is different and they are going to be who they are no matter how you parent. I think we parents change our parenting based on the kids we have. I think she changed me more than I could ever change her. She made me into the kind of parent I am. At the end of the day I trusted my gut. I tried all kinds of things but what worked for me was not what I thought would work for me. And I still don’t really know what I’m doing. I still have no idea what kind of teenager she is going to be.

I’m slowly getting myself ready for the “I hate you, mom” years. Maybe miraculously we won’t go through them but they might happen and I think I’ll be able to take it. I think I’ll know what to do when I get there. 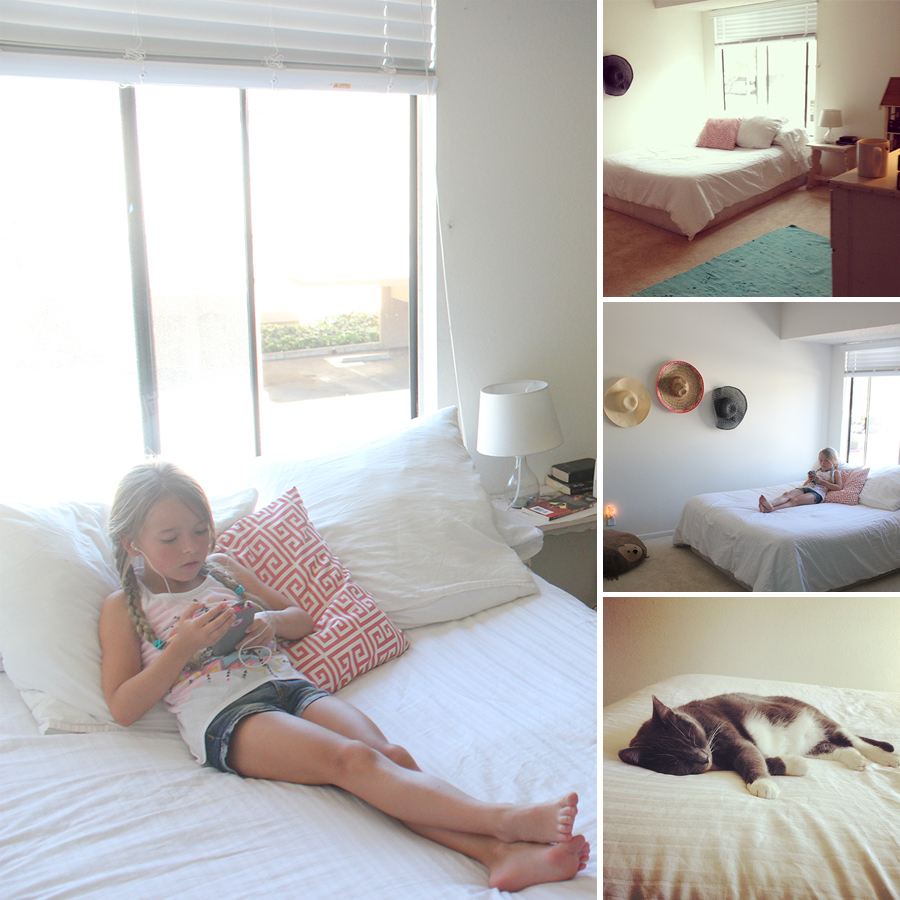 17 Comments → What happens when you spoil your baby? The mid-way results are in!