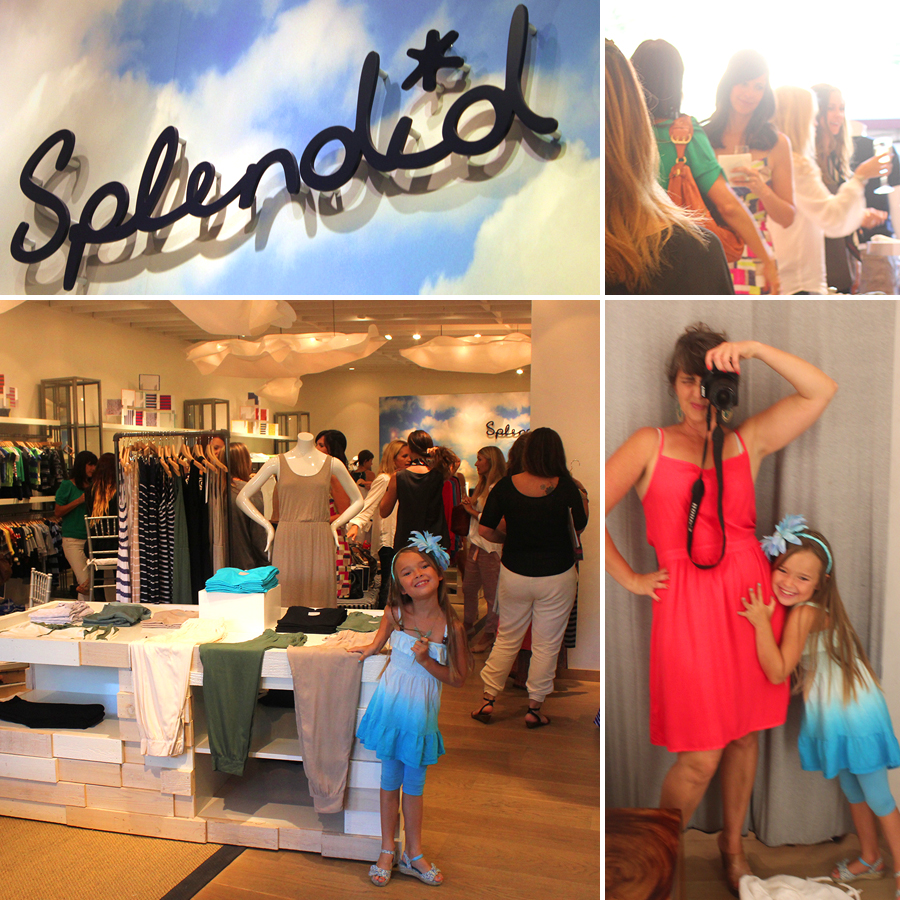 The other day (I can’t believe it was last Thursday, already) Bug and I attended a party at the local outdoor mall. I used to get paid to photograph events like this. Store openings, new clothing lines, celebrity in town promoting a charity….something or other to celebrate in an actual store as the venue. They’re kind of fun and you usually get free drinks, some kind of itty bitty food that looks pretty on a napkin and maybe a swag bag.

I hadn’t been to an event like this in ages so I have to admit I was a bit excited. It’s fun to dress up like a grown-up and sip champagne with all the other fancy ladies once in a while.  I thought I would find a babysitter for Bug but by the time the date came around I had no one lined up. 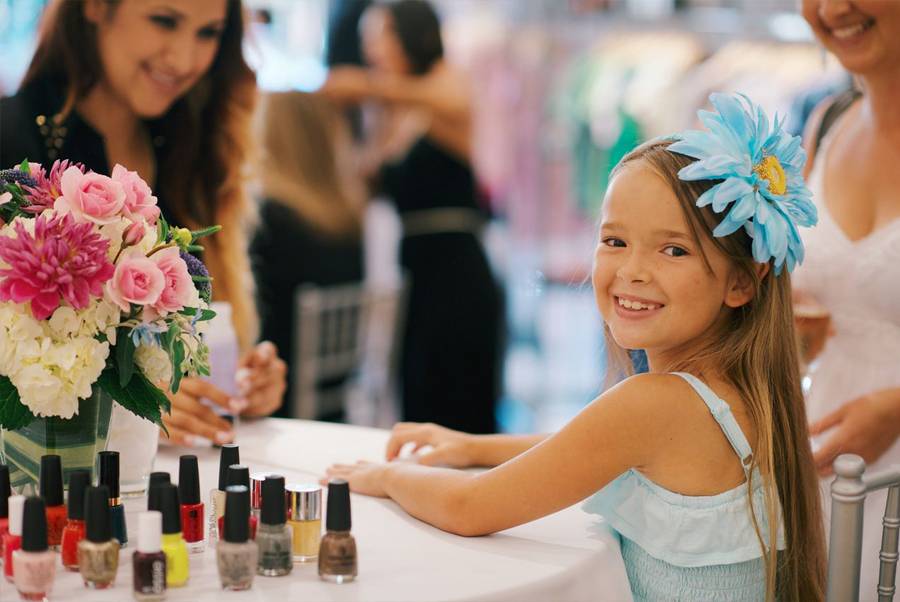 So I took her with me! Which was awesome!

I forgot that shopping parties can sometimes be a little dull when you don’t have any money to spend and you don’t have the actual job of flashing a camera in everyone’s face. So taking Bug with me as my wing-girl was the best. She was my best gal pal ever. We wandered the store, touched all the clothes, tried on a few things, made comments about the displays, flopped on the stripey bed and took pictures of each other (quite a few bad ones of me, I might add.)… 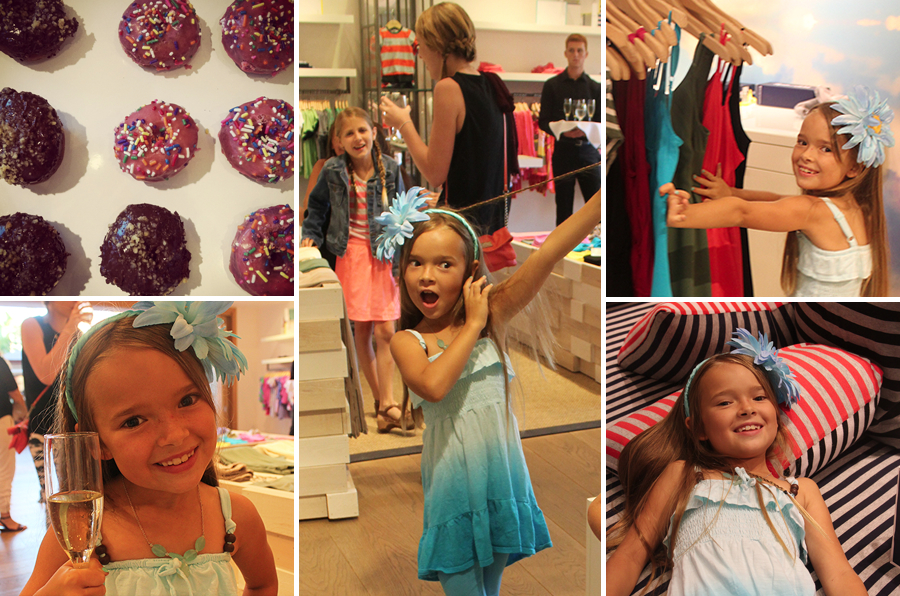 I had champagne. She had fizzy water (which she did not like) and micro doughnuts (which she did like). We both got our nails done and she got her hair braided with a very tiny but very long braid.  We mingled around a bit and had a great time.

To Bug, the mall is that ultimate destination of adventure. She’s always loved it. It’s not about shopping. It’s about the fountains and the koi ponds and walking around and looking at all the pretty things. Of course she does whine for this or that once in a while. She LOVES clothes and fashion (note her giant headband of choice lately) but she’s pretty used to me muttering about birthday lists and Christmas. 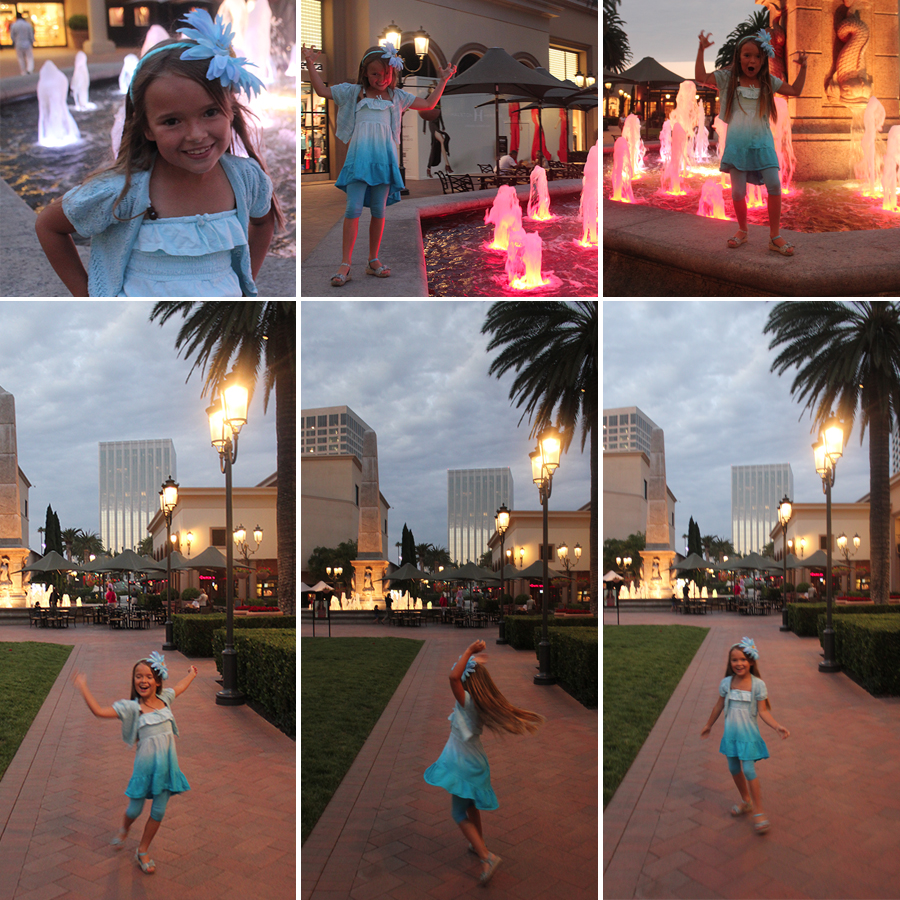 We had a great time.  But the best part was when we visited the koi pond “for old time’s sake.” 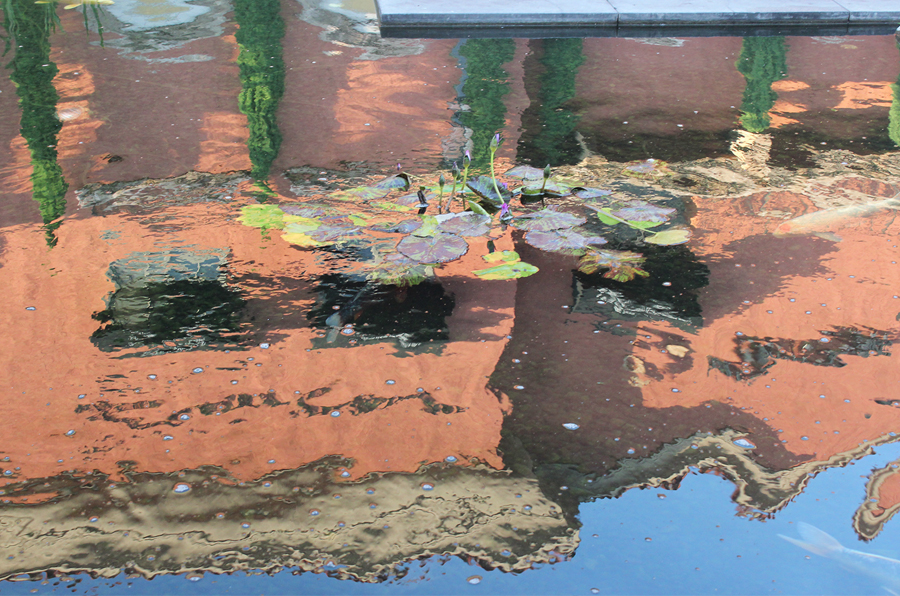 So I’m standing there looking down at my phone (usual mom activity) while she was looking at the koi. There were lots of kids there for her to play with so I spaced out for a minute or two. Next thing I know, I hear a big splash and there is my daughter standing in the pond with both feet, water up to her knees.

Apparently, she had both toes over the edge, just seeing if the big yellow koi would nibble at her toes and then next thing she knew she fell in standing up with both feet. I’d like to thank all her gymnastics training for the fact that she didn’t tumble, slipping and sliding on all the algae and end up in the murky water up to her nose.

Poor thing, she was so embarrassed. Her eyes were watering and her lip was quivering. Everyone was looking at her. I swished over to her, helped her out and hid her in my giant skirt. “Walk it off.” I said with my happiest but most sincere face I could muster because I know, even though it’s not a big deal to fall into the koi pond, she was mortified. She was about to cry.  It was going to turn ugly.  I knew we had to spin this quick because she was dying a thousand deaths of embarrassment.

So we walked. Squishy wet walking through the mall with all the pretty fancy ladies on all sides of us. It’s amazing what you can walk off if you walk fast enough and act like everything is normal. By the time we got three stores away from the pond, Bug was smiling. Then she was laughing and before I knew it she was bragging about how that was the funniest thing ever and she couldn’t wait to tell everyone.

I’m so proud of her.