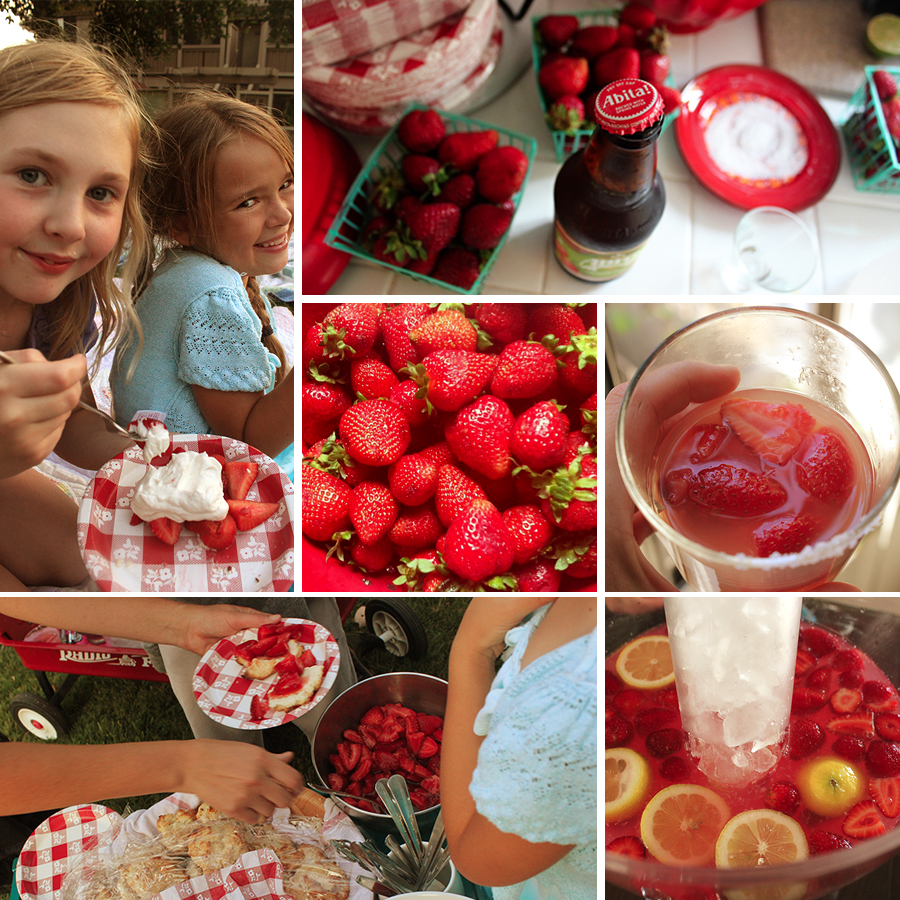 I turned forty-one last week. I wasn’t going to throw myself a party or anything since I really went all out last year…but well, you know me. I can’t resist! So I threw a tiny last minute get together instead. I didn’t even send out invites. That’s not as bad, right?

My birthday landed on a Saturday and the strawberries were looking so good in the market so I hatched up a plan to have a strawberry shortcake party. I know. You and everyone I invited thought I was going to break out the Strawberry Shortcake dolls but no… strawberry shortcake is actually a historically wonderful summer dessert. It was my Grandpa’s favorite. It brings back so many wonderful memories of summers with my grandparents.

I baked up a bunch of Bisquick biscuits, sliced all the strawberries, made some homemade whipped cream and then we had a picnic on the grassy knoll outside my apartment with all kinds of strawberry drinks. Strawberry beer, Brendaritas, and strawberry lemonade. I was going to make strawberry daiquiris too but we all voted for less sugary drinks in the end.

I was afraid the Irvine Company aka The Capital was going to bust me for having a party *with drinks* on the public open space but they didn’t. I even asked beforehand—which could have been a huge mistake but they said as long as nobody got too rowdy we were fine. Of course nobody was too rowdy. We’re just a bunch of moms. Well, I take that back. The kids were plenty rowdy. I should have thought up some games for them. It was a late party though. I thought kids would be staying in after 7pm but I was wrong. It’s summer! Duh!

Anyway, it was really fun. I love strawberry shortcake. If you have never tried it. I recommend you go to the farmer’s market the next chance you get and buy yourself a flat of strawberries and make some!