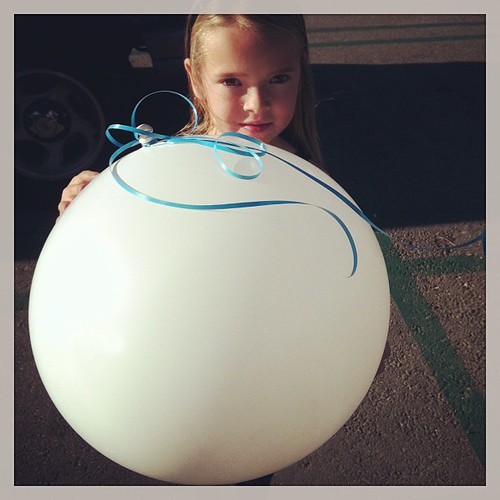 We are totally doing this. We are making a piñata that looks like a giant cat-toy for Bug’s cat-themed seventh birthday party. First we bought one of those giant balloons. I only had them inflate it half way because how horrible would it be if it popped? This thing costs like seven bucks! Plus, two dollars more to blow it up because I don’t have lungs strong enough to do it myself. Anyway, if it turns out I thinks it’s going to be worth the money. I just hope it turns out! 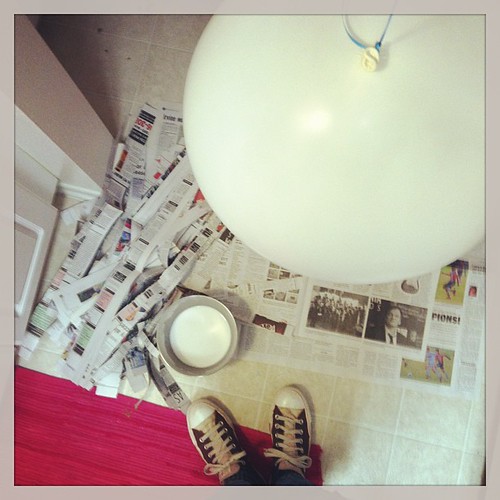 So we took it home, hung it from it’s string from a nail in the kitchen (it’s too cold to work outside) and started paper maché-ing. If it turns out I’ll do a proper post with step by step instructions (as IF you all needed instructions, it’s so easy). 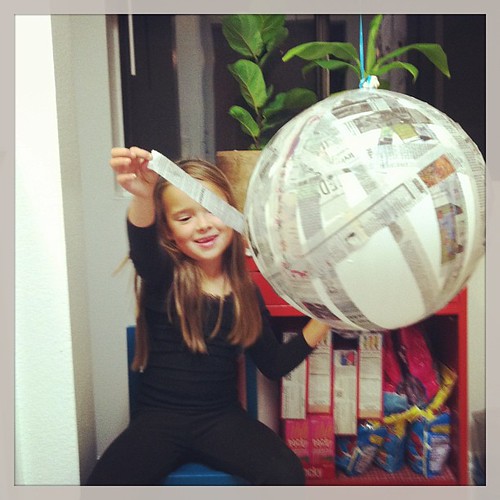 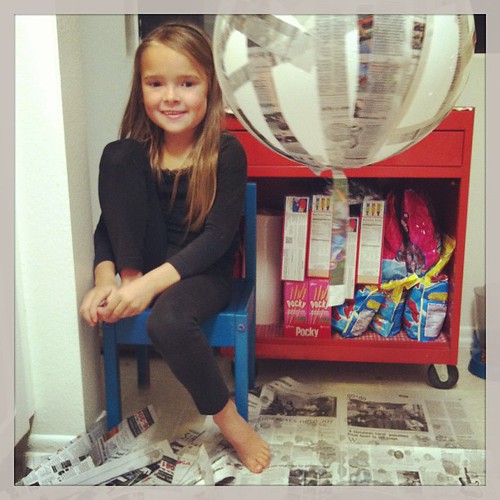 Poser. Too bad my little tool box storage thing is full of party loot and making my kitchen look cluttery. Oh well, gotta make sacrifices when you have a great big party to throw. Speaking of, Bug and I have decided we are going to skip big parties next year and just take a friend to Disneyland or something. It would be a whole lot cheaper. 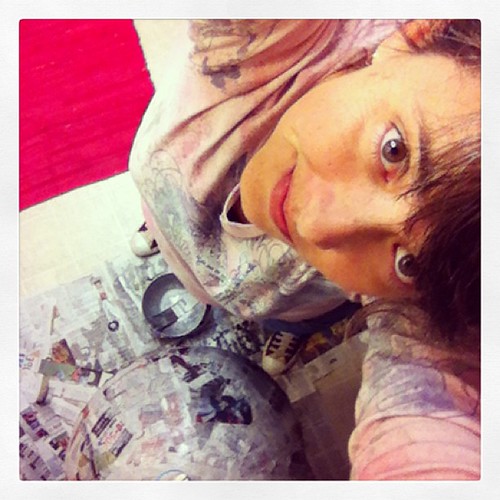 Me getting in the mix. Actually I was all up in the mix. Bug only put on two or three honorary pieces and I did the rest. But I’m not complaining. I’d rather paper maché any day over cooking. Did you know that the word paper maché means chewed up paper? Gross! 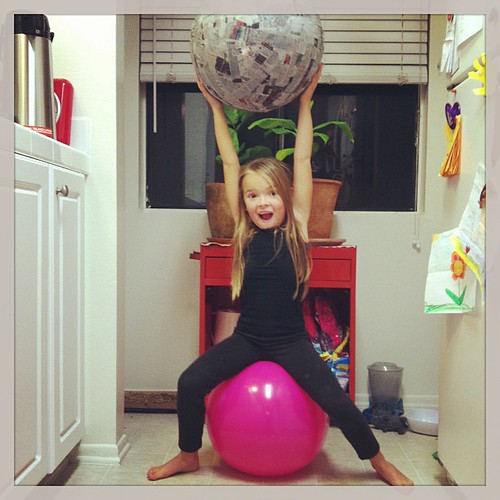 And then we were done! Well, with step one anyway. It has to dry for a few days. I’m really worried that it’s going to deflate on itself when I pop the balloon so I’m going to let it sit and harden until the very last minute. I might be applying the pretty outer tissue paper on the morning of the party if that is what it takes. I really want it to work. Has anybody else ever made a piñata out of these super big balloons? Or is there a reason I’m not finding any how-to posts on such a thing? Well, here’s to hoping I figure it out first! 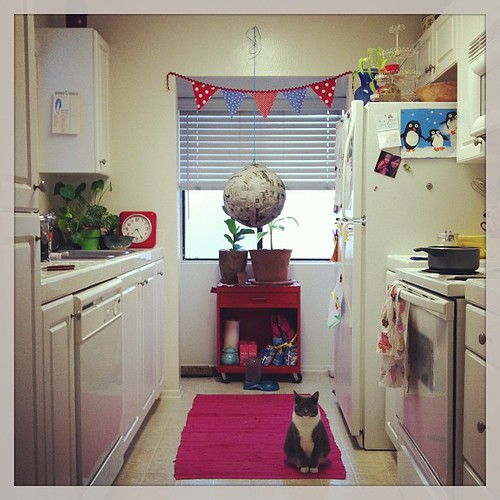 Next morning: still slightly wet. I’ll keep you posted on how it goes. And also? Aqui (the cat) wants you to know that her food bowl is empty. I’m on it. STAT.