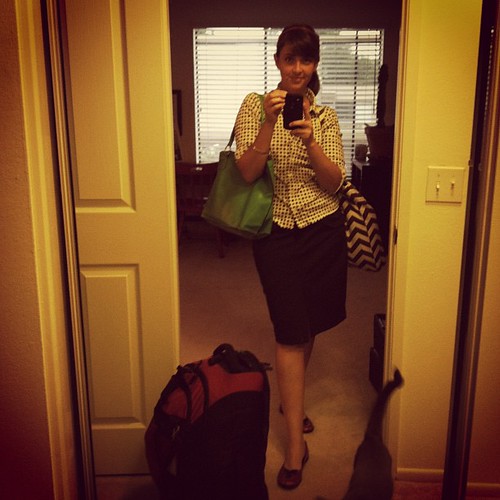 My big birthday bash week has finally rolled around. Bug went on a camping trip with her dad and I jetted off to Northern California to spend the week with my good friend (and fairy godmother), Susan. 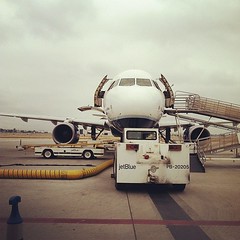 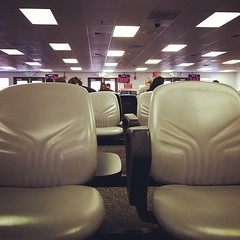 It was hard to say goodbye to Bug because we literally have been inseparable since her birth but I felt like it was a good growing pain for both of us to go through. I know her dad loves her very much and I know she’ll have a really good time even though I miss her with the heat of a thousand suns. There’s been one tearful phone call when she was really tired and bored but other than that all her phone calls to me have been pretty much a rushed, Love you too, mom, gotta go! So I think she’s having a good time. 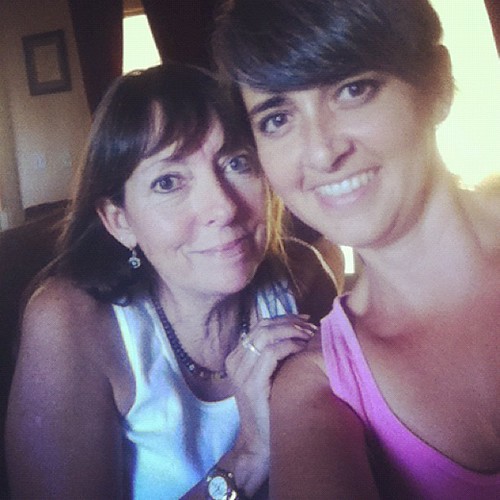 And boy am I having a good time! I don’t even know where to start. First of all I’m staying at Susan’s house and Susan is the best hostess there ever was. This is NOT going to be a bootcamp kind of camp because we have been eating eating eating and not exercising all that much. Though I do plan to change that because I hear there are some amazing hiking trails around here. 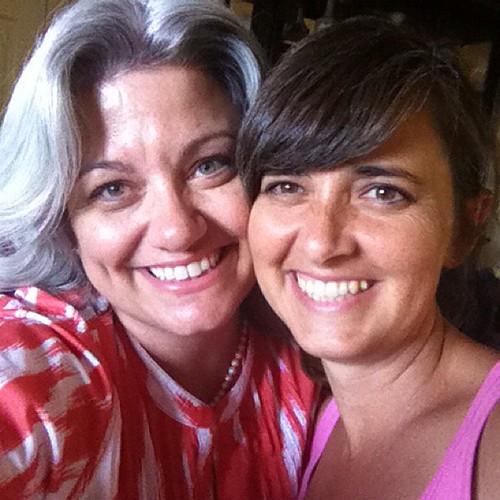 But also I am having a blast because my friend Heather flew in early too. She had to get her money’s worth after all since she’s coming all the way from Texas. 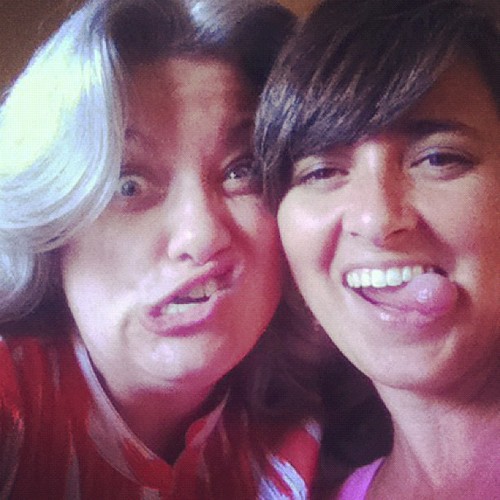 You all know what a hoot Heather can be.

Yeah, she’s like that all the time. I really need to start filming her secretly because she is that much entertainment. 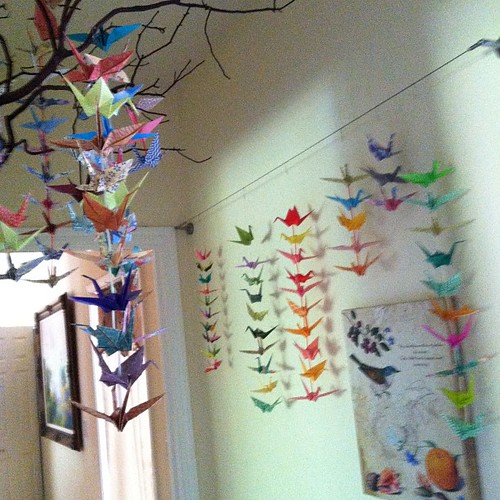 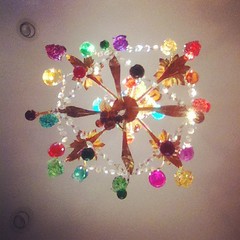 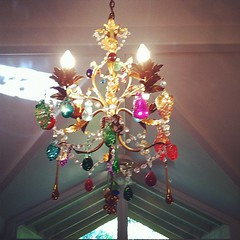 Her crazy kitchen chandelier. As you can see, Susan is a very colorful person. Her house is like a museum. Everywhere you turn there’s something fun to look at and usually an amazing story to go with. 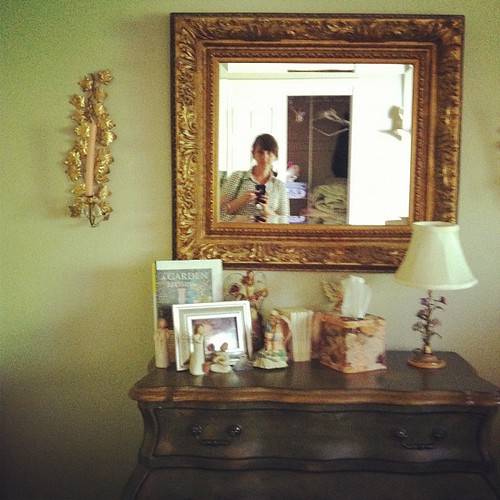 Right now I’m staying in her “Angel” bedroom. It is filled with little angel figurines and flowers. As you can see, we are not roughing it here at this “camp.” I don’t even know why I decided to call it a camp because it’s more like a five star resort but I kinda got stuck on the idea of a bunch of middle-aged women hanging out and calling it “midlife crisis” camp. It’s a fun theme even if we aren’t really camping. 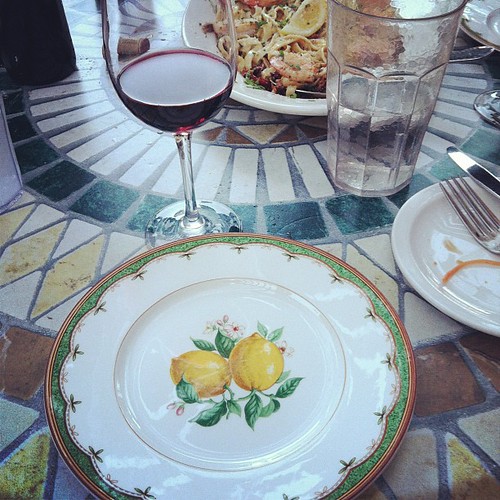 Some pretty dishes at a restaurant we went out to the first night. Almost too pretty to eat on! 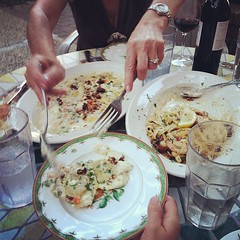 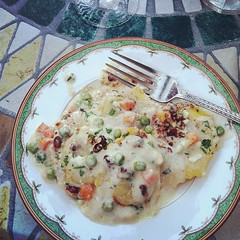 But eat we did. Butternut squash ravioli, my new favorite! So delicious! 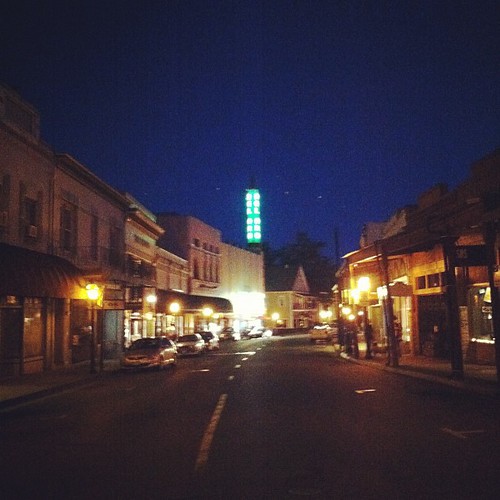 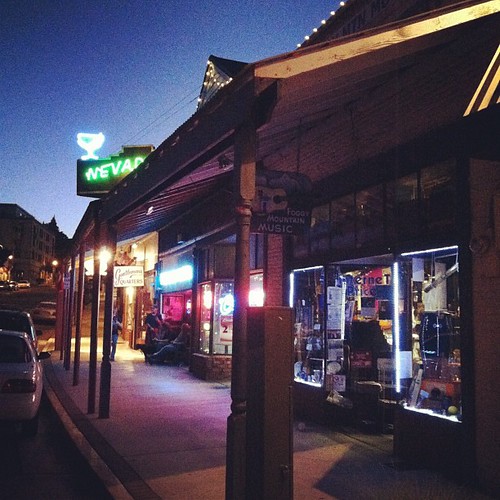 Then we walked the little downtown main street. Susan lives in the cutest little mountain mining town. I don’t have many good photos yet but I intend to get some. 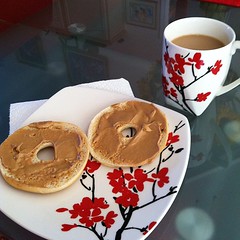 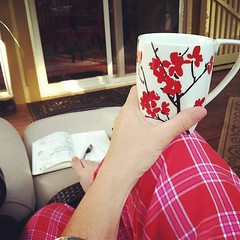 The next morning we woke up in the middle of a forest and had breakfast on Susan’s patio under the trees. Aren’t Susan’s dishes cute? 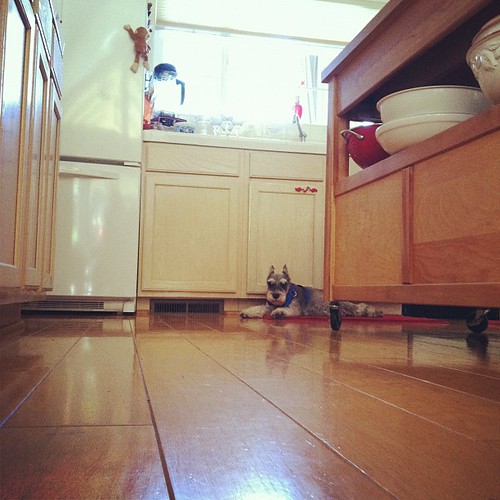 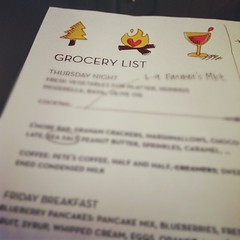 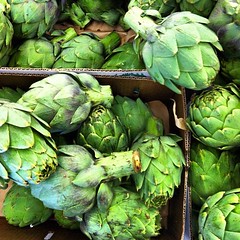 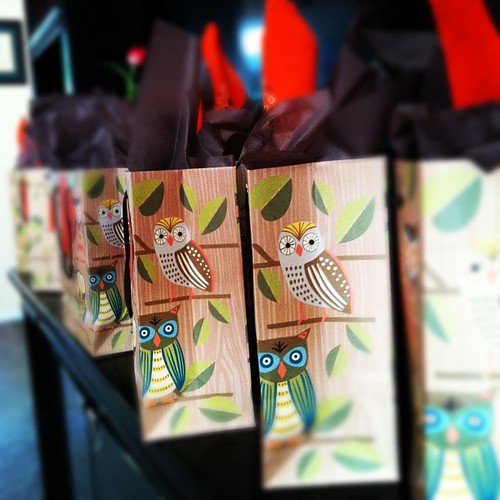 You know me, a party isn’t a real party if there isn’t some kind of gift bag. These are some woodsy owl bags from Paper-Source. Love them. 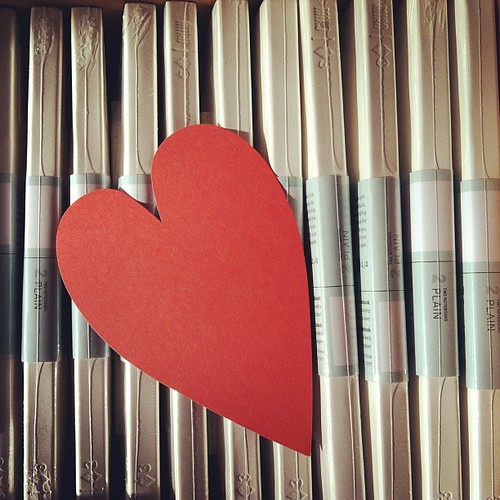 With Miro notebooks inside! You probably already know what a huge fan I am of Miro and they were kind enough to gift us notebooks for every guest. How sweet is that? We might even have to have a mandatory sketch session just to show our appreciation. 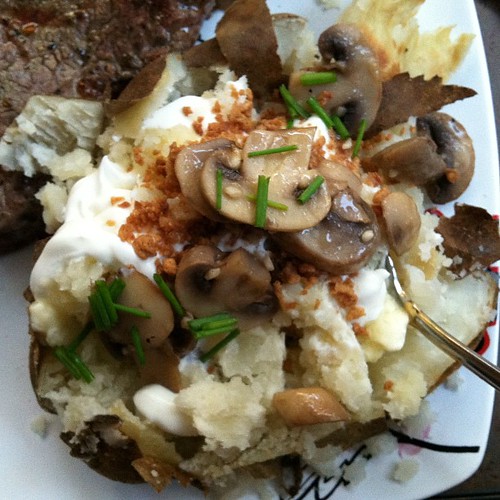 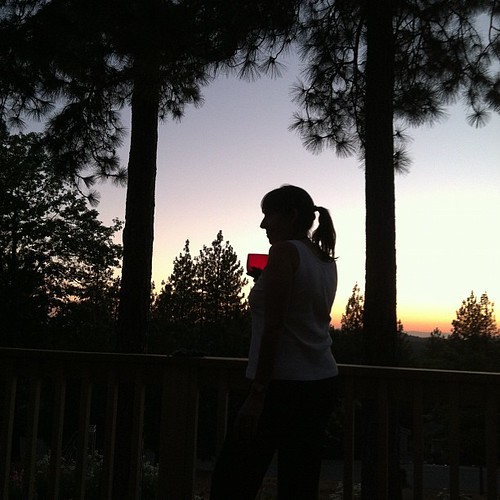 And sunsets in the trees. 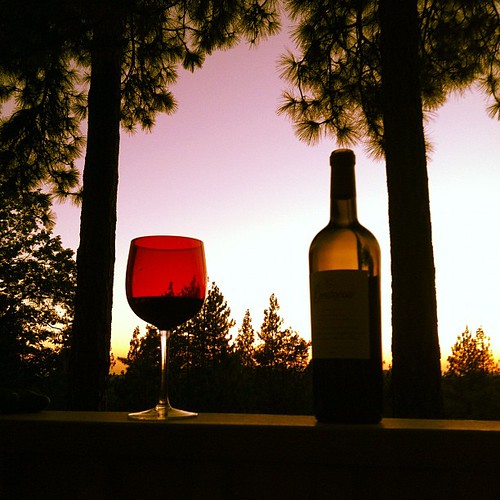 This photo inspired my new banner. I just love it here.