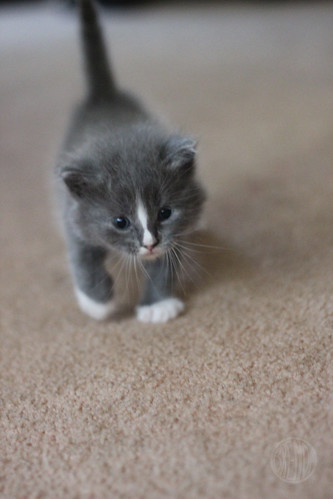 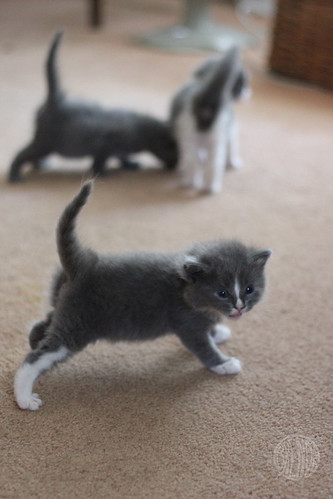 The kittens are mobile and it turns out they are very hard to photograph when they are moving around so much. They do not stay still!

In fact, the other night when we came home from a weekend at the beach and we went to the usual place in the bathroom shower where they used to live, we were totally shocked to see that they were GONE!! No kittens anywhere! I thought maybe someone stole them. Mama cat, Aqui, was there. She was pacing back and forth, acting all nervous but the kittens were no where in sight. I looked high and low and they finally showed up in Bug’s room sleeping in a pile next to some of her bedding. Silly kittens. You just never know where they are going to show up now. 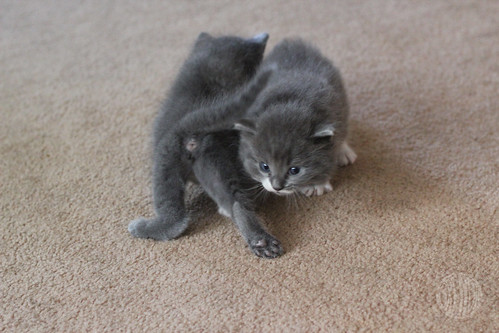 Their little legs are wobbly and they kind of splay out behind them when they walk on the slippery linoleum but that doesn’t stop them. They have a fervent curiosity and will go anywhere to see what’s to be seen. 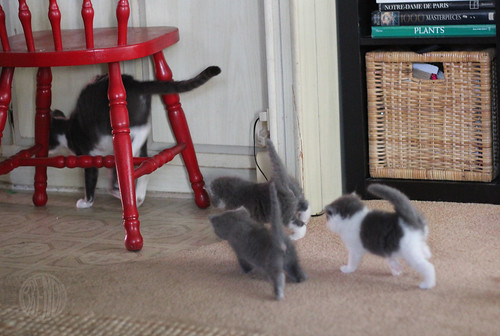 Especially after their mama, the walking milk bar. 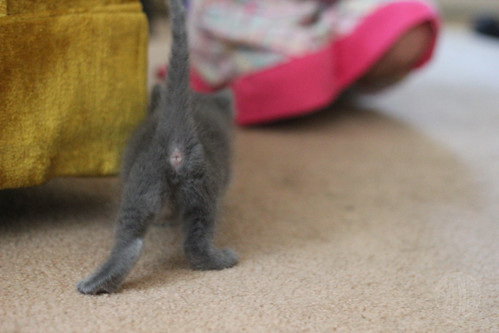 Where you going little asterisk butt? 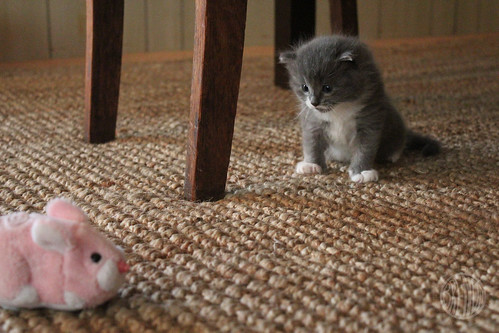 You better watch out. There are scary creatures lurking about. 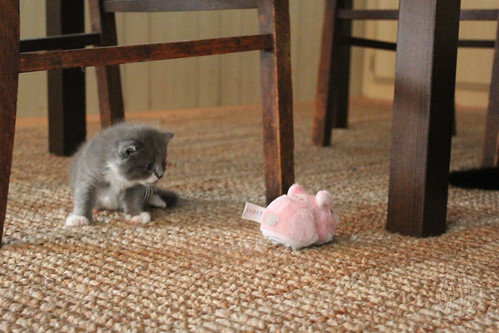 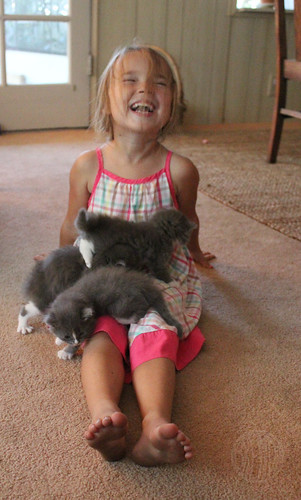 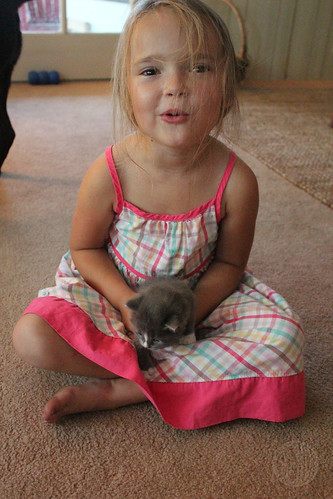 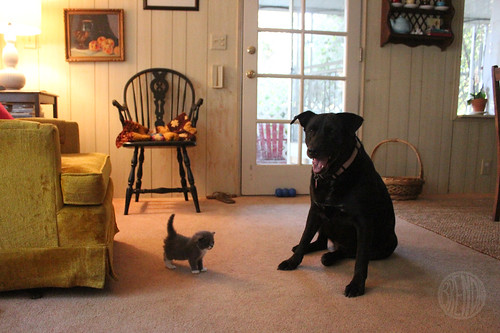 Holly doesn’t seem to mind. This morning Holly was walking down the hallway one way and a little kitten, with his tail sticking up straight in the air (all one inch of it), was walking the other. They had a stand-off for a few seconds and guess who backed up? Not the kitten. Holly did. I don’t know if it was out of respect or fear but I’m thankful she’s not the kitten-eating kind of dog. She seems to be protective of them and licks them now and then which is kind of sweet. 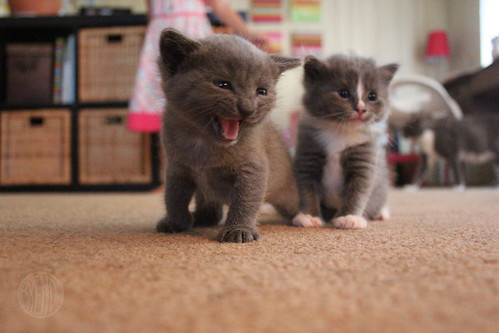 Maybe they are kind of scary. Nah. They look like they are hissing in this photo but they are actually just incessantly mewing as they are wont to do when they can’t find their milk bar. Aqui likes to take little mini-vacations from them and they do not like that. But I’m not too worried about them because their bellies are so round and full. Having kittens with a built-in mother is soooo much better than bottle feeding. They are soft and fluffy and they don’t have goop in their eyes or anything funky like that. They seem to be the picture of health. 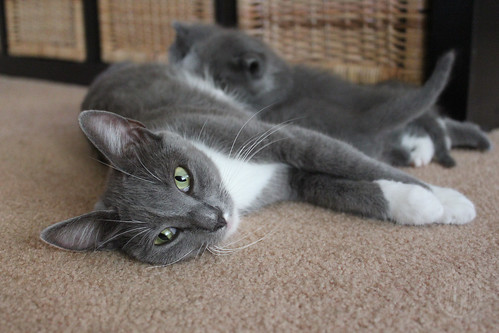 Aqui is a very good mama. 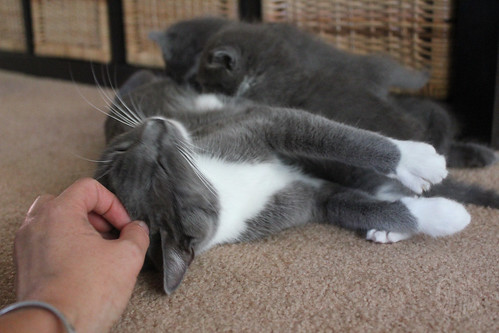 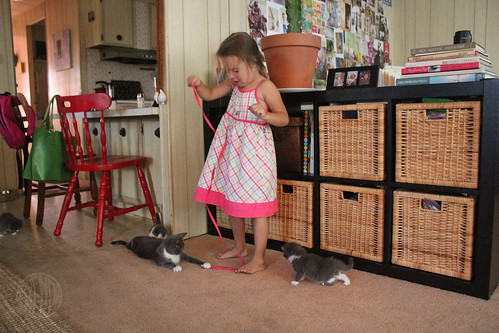 And she’s still a kitten herself! 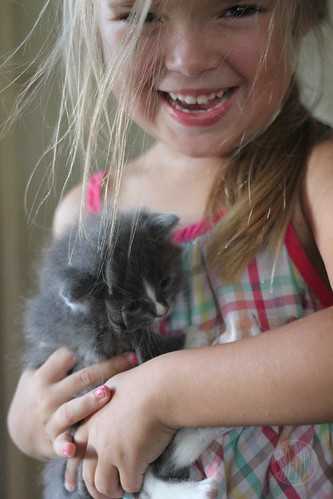 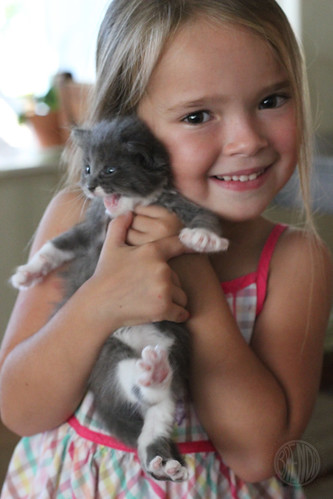 They’re so cute I almost don’t mind the fact that I now have to clean out a smelly cat box twice a day. But I will be glad when the kittens are grown and off in their new homes and I can let Aqui be an outside cat again.