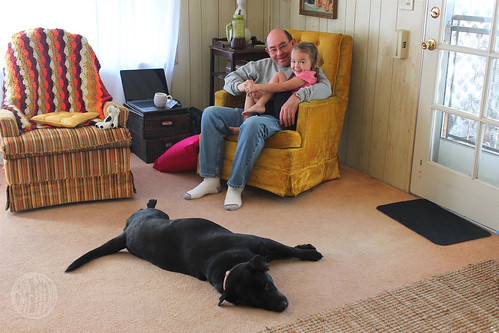 My Uncle Tim (my dad’s brother) was here for a few days to visit my Grandpa. He stayed at my mom’s house and every morning had breakfast with us. He is so much fun. He had Bug going for days, telling her that there were pollywogs in her cereal. It was hilarious. You’d think a five-year-old wouldn’t fall for such a trick but Bug has an imagination a mile long and apparently my Uncle Tim has a funny bone to match. 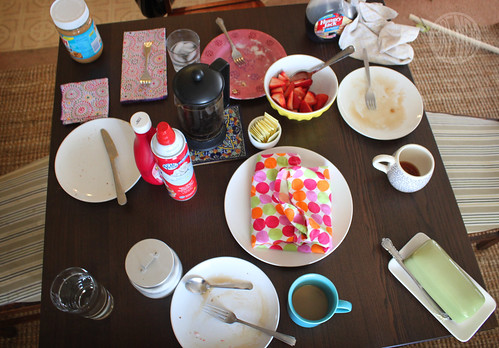 I’m really going to miss him. I love having company for breakfast. Maybe I will have to have that bed and breakfast someday. I did burn the oatmeal one day but that was minor compared to all the good times we had. 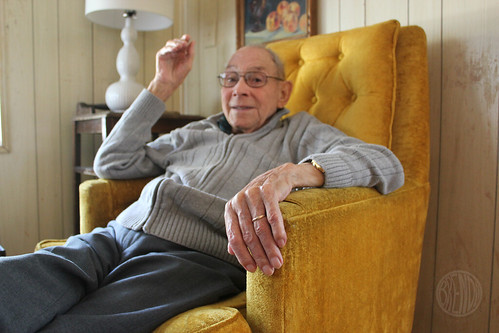 We had my grandpa over for a few of the days too and my uncle recorded some movies of Grandpa telling old stories while sitting in Beatrice. Grandpa’s short-term memory is shot but his long-term memory is golden. It was fun having family together again. My grandpa seemed to really enjoy being in his old house but I think my “modern art” seriously offended him. I didn’t take his comments too hard since his couch with clocks on it seriously offends me. 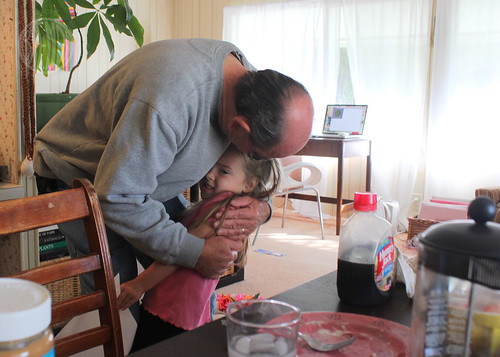 Uncle Tim left this morning to a shower of tears from Bug. I wish he could stay longer but I know his family is missing him too.

In other news I have a new post up on my review blog. It’s not really a review. It’s just a little post I wrote for Slim-Fast. I was supposed to write about my 40th birthday and wanting to be skinny-minnie by then. (Ha! I’ve got two years. Eeeek!) But I wrote it back when my site went down and I was such a frazzled mess I ended up writing about prayer instead. So there you have it. You can read about how I’m on the prayer diet. How’s it working out for me, you ask? Not so good. I need to pray more.