posted in domesticity, Shop Talk, shopping on December 27, 2010 by SAJ 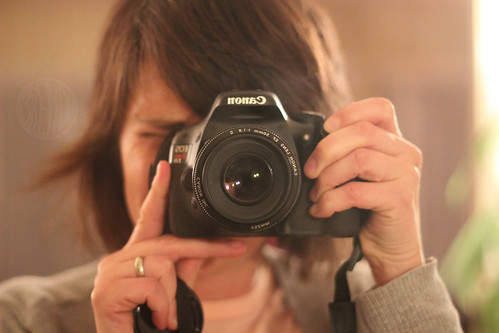 I’m nervous to share with you how I’m spending the money I have so generously received. I’m superstitious and I seem to like to worry. I’m an expert worrier. I’ve always thought there was a formula to blogging. If X-many people love you, then Y-many people will hate you (usually 10-20 percent). I made this up in my head. I have no evidence. I’ve just told myself that so I’m always ready in case someone ever wants to open up a forum somewhere and bash my head in a few times. I know it’s stupid. I know I shouldn’t concern myself with things like this.

Partly I’m like this because I’ve given to those in need before myself and let me tell you, I am GUILTY of seething when I see them spending my hard-earned cash on crapola from the dollar section at Target. So I guess I just assume that sharing with you how I use the money is sort of setting myself up to be criticized because obviously I like to buy crapola at Target. Silly silly Brenda.

So anyway, I’m going to share because several people have asked and I’m sure you are curious. I think I’m ready for your criticism too. Maybe not.

First I bought a camera. This is something that has been on my list forever. I’ve been shooting for this blog, Alpha+Mom, my review blog and even a few professional photo gigs on the side with a waterproof point and shoot camera. I love that waterproof camera but it is NOT very good for what I’ve been using it for. It adds a ton of black. It can barely handle low light and it’s, well…it’s not meant for taking professional photos. It’s meant for taking pictures of fish when you’re snorkeling in Hawaii. It’s meant for being tossed in your purse when you have a fun day at the beach.

I bought the Canon EOS Rebel T2i with the kit lens and a 50mm. It’s not a pro camera. It’s mid-level but really new and really nice (to me). Of course Toby, the professional photographer, had a few choice words about it and how stupid I was to not wait another two years for his old cast-off camera but I’ve already been waiting two years and I don’t want his old camera anyway. Yes, his camera is amazing and takes photos like this but it weighs about five pounds and it’s old. 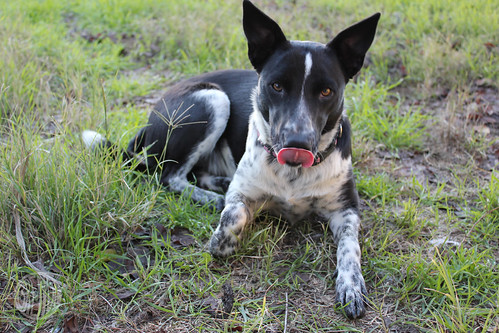 So maybe I’ll live to regret my choice but right now it’s blowing my socks off. I’ve only had it since 4 pm and I’ve already taken pictures like this IN THE SHADE!! 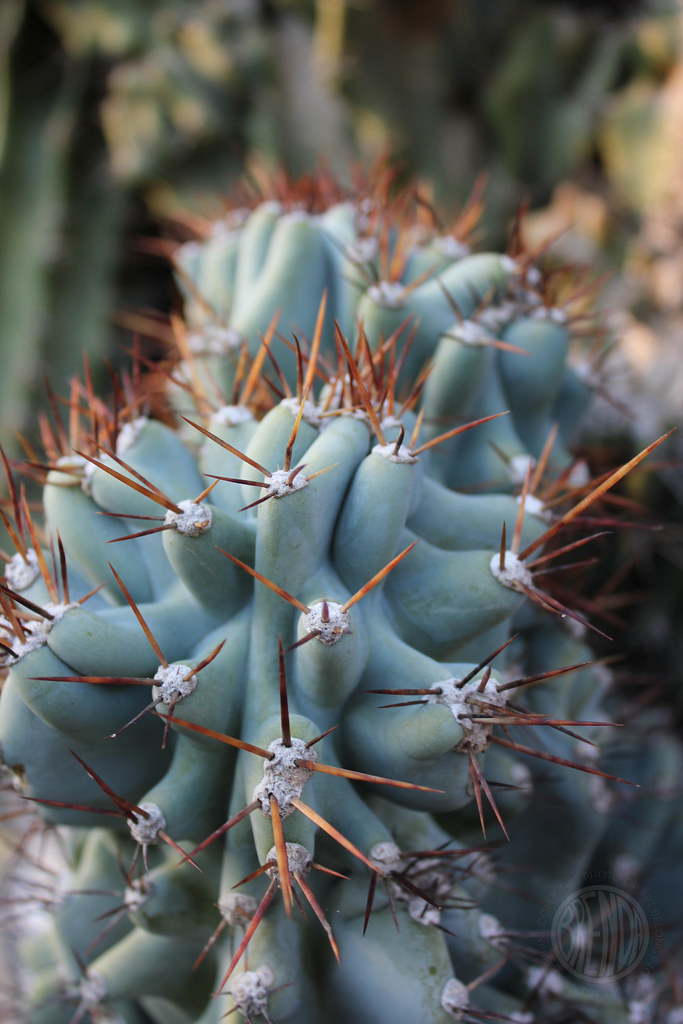 SHADE!! Full on twilight blue blue blue shade. This photo should be grainy and blurry but it’s not! I know all you professional photographers will roll your eyes at me. I know so little. But don’t worry. I will be up to speed in no time! I’ll be learning as I snap away.

So that’s that. It’s not the craft table but don’t worry. I’m getting to that.

I have not gone to IKEA yet but I have a plan. I have thought long and hard and measured twice and this is what I’m thinking about getting: 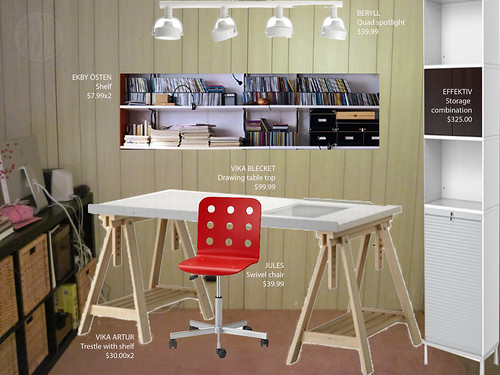 Please ignore the distortion. I’ve copied and pasted screenshots of what I thought would go in my new office. Just imagine me pushing the table up against the wall and that bookcase storage unit nice and straight along the side wall, not all weird and hanging out in space.

Starting at the top I’ve got some track lighting. I’m not 100% on these because I don’t know if they can be installed in the ceiling. I also don’t want to spend a lot of money installing lighting when I might be up and moving in six months. But I do know I need lots of light here because I need to see what I’m painting and it’s kind of dark in this corner. I think I need to walk around the lighting department and see what I see before I make up my mind.

The storage bookshelf unit is a bit over the top for me. It’s really super nice and I could put my sewing machine and fabric in there. I normally wouldn’t buy this but since I do have the budget for it, I might splurge. I don’t know. If I don’t go for the storage bookshelf then I’ll definitely go for some shelving. Gotta put my paints and supplies somewhere!

Next is the awesome drawing table with adjustable trestle legs that make it so I can tilt the drawing table if I want. I didn’t love the way the trestle legs looked. I liked the sleek silver posts better but my friend Deb, the painter, advised me to go for the tilt. She says I’ll really love having that down the line when I’m drawing and painting more. I really hope she’s right about the drawing and painting more, that would be really really cool. I’m pretty sure she’s right about the tilt. She would know. So what color? White or natural? I don’t have a strong opinion either way.

Lastly is the groovy red chair. Because I like it! I do have a strong opinion about that. It’s so cool and perfect! Of course if somebody out there has this chair and you hate it because it is super uncomfortable, please let me know. You could save me from a $40 mistake. 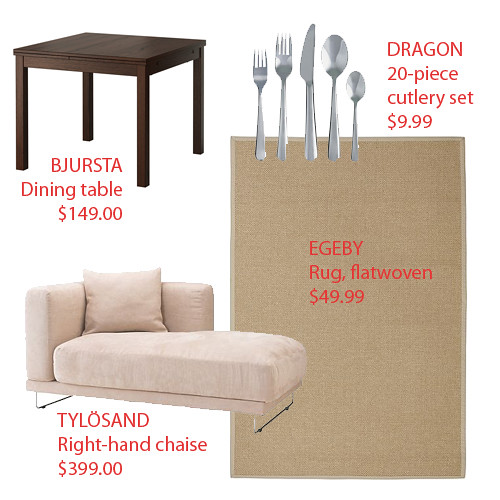 While I’m at IKEA I’m going to check out this couch. I know it looks like something that would get covered in black dog hair but I’m keeping an open mind because it’s machine-washable and so very stylish! I think this table might go really well with the chairs I already have that I’m going to recover with some new oilcloth from Purl Soho or Maisonette. 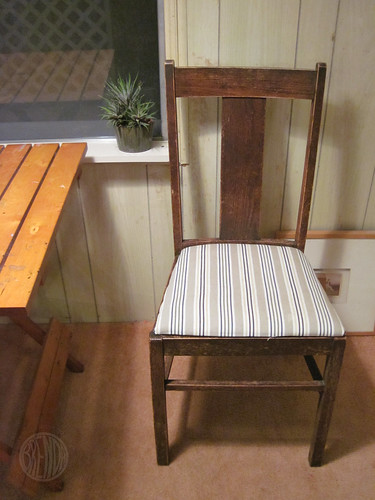 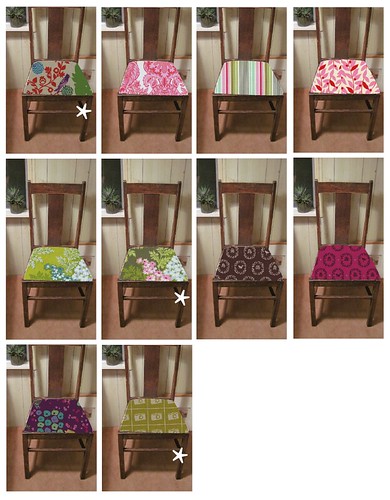 I love visiting my friends at Maisonette! I’m sure they will help me decide. I bought this lamp at Home Depot for $28. It was the last one and on sale. I snatched it up. It turns out it has two small almost imperceptible dents in the shade but I still like it. I also bought this plastic chair at a thrift store for five dollars. I can’t figure out where it’s from. It looks like an IKEA chair but it says it’s a T.I.M. Chair, patent pending, on the bottom. I’ve googled T.I.M. Chair and found nothing. I wonder if it’s worth more than five bucks. It is to me! I love the groovy modular shape. It makes me want to wear something tailored and sip a martini or something.

The bistro table will be banished outdoors. That thing has sharp edges and is constantly getting knocked into by a kid. The lamp will go live next to the hairy dog chaise lounge and my other old beloved white chair. We’ll just call that area of the living room the Dog Parlor or something. Hmmmm… maybe that isn’t such a good idea. I might hold off on the couch and just wait for something wonderful to show up in a thrift store. I love thrift stores. 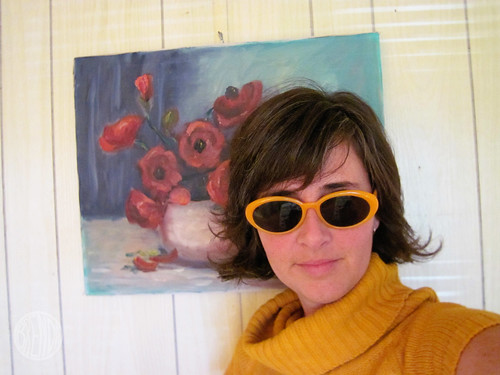 Did you see this painting I found at the same thrift store? Please ignore my ugly mug and bright glaring secret agent glasses. I was posing for 7days. Anyway, the painting is super cool and painted in 1966! It says so on the painting but of course I’m covering that part up with my big ugly head. I guess I just think anything is cool if it’s older than me.

I’m sorry, I glossed over the silverware and rug. They aren’t too terribly exciting. Just some functional things I need. The carpet here is pretty badly stained and I’d love to just not have to look at the marks.

I also might look into a bunk bed that I can modify to go over that counter in Bug’s room. Especially if I don’t purchase the shelving bookcase unit. So many decisions to make. Thankfully they are fun ones!

Please chime in. Bash my head in if I’m being stupid. I want to be smart about using this money. I’ve read over the notes that were sent with the donations and so many of you really didn’t have the extra funds to give. It was all so kind. I want to be extra careful not to blow it.