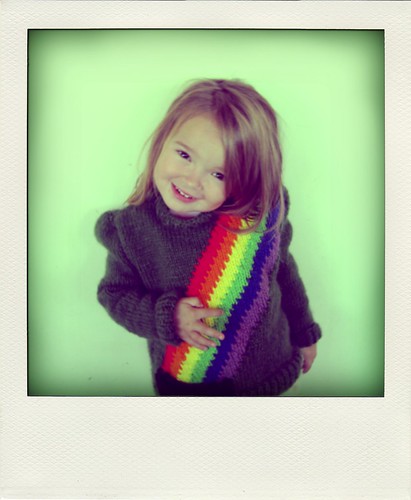 My Grandma made Bug a birthday sweater. It is a special sweater because all of us grandchildren had Grandma sweaters when we were Bug’s age. I had a pink one with snowflakes and my brother had a rainbow one. My cousins all had varieties of colors and designs as well. All these sweaters got passed down from cousin to cousin as we outgrew them. 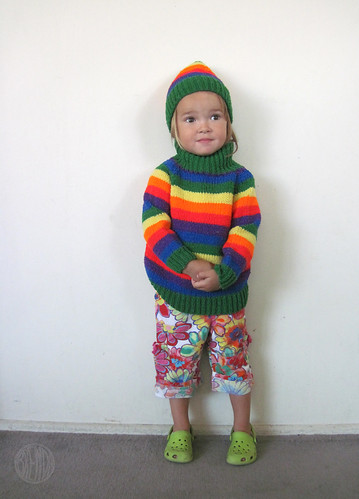 The amazing thing is my brother’s sweater ended up being one of Bug’s favorite sweaters thirty some years later! (Pictured above.) It’s a bit itchy and scratchy because the wool my Grandma used back in the 70’s isn’t so soft now but the design is Bug’s favorite. She tries to wear it over and over and eventually has to take it off because it’s so warm and itchy. 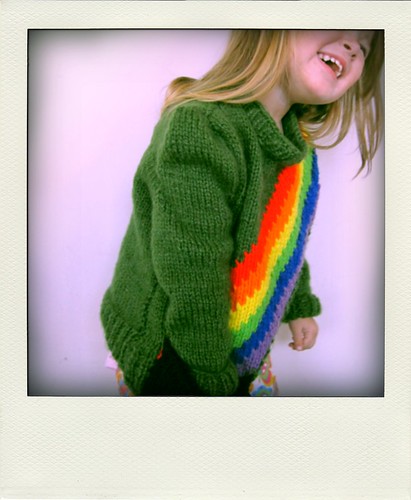 So my Grandma made Bug her own sweater with newer softer yarn in green. It’s very soft except for the rainbow part but that doesn’t really bother her at all because it’s just in the front and not binding at all. 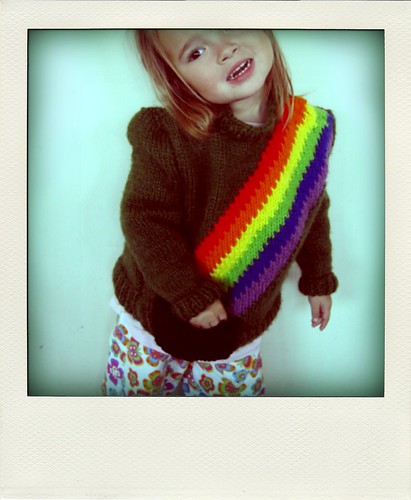 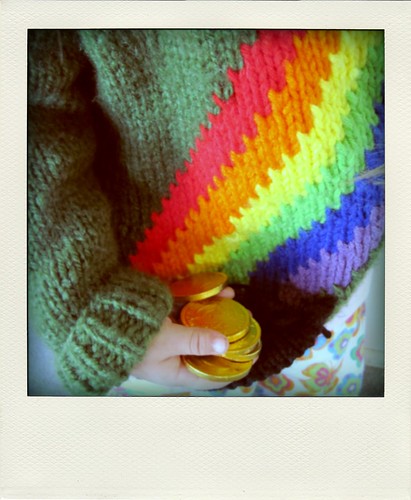 …that can hold gold coins.

Thank you Grandma. This is the sweetest sweater ever. It is much loved, just like you. Get better soon!