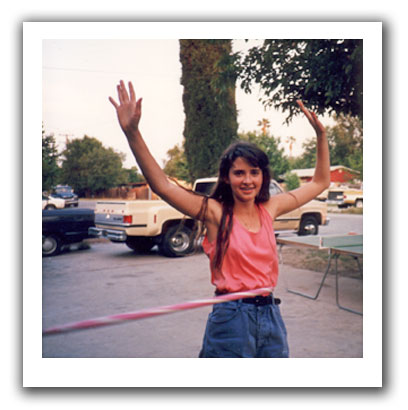 Yay! What better way to avoid telling the secret than to answer interview questions. Thank you Anne, you saved me! I’ve been informed by management that if I divulge this secret, that I dangled so carelessly on Wednesday, I could lose limbs and possibly face legal action. I know, I know. This is really crappy. I’m really sorry. Nobody hates this more than I do.

But I have a choice: quit blogging altogether until I can talk about this secret OR blog away on other unrelated subjects. I picked unrelated blogging, because I think I would die if I wasn’t allowed to blog any more. So I’m pressing onwards

Here are the questions from Anne:

1. What’s the most negative Paris-related thing you’ve experienced? (no glossing!)

Hmmmm….Of course you’re going to try and get this out of me. Well, when forced, I would say that trying to buy a metro ticket was pretty crappy. I walk up to the counter with my mom and I’m flipping around in my little phonetic phrase book, trying to figure out how to say “ticket”. We have a giant red suitcase that we just purchased and it’s stuffed with all kinds of china and t-shirts and chocolate that we have just bought from the BHV and we stand out like the biggest tourist boobs you’ve ever seen. Not to mention the fact that we barely squeezed it through the subway entrance doors.

First off I try the ol’ “Parlay voooh Langlay?” to the pinched looking woman behind the glass that is the ticket counter. She purses her lips and says firmly, “No.” I can tell I’m going to get no where with her, so I flip back to my guide book and find the word “billette” or something like that, which means “ticket”. We show her our old expired ticket and hold up three fingers, hoping to communicate that we need another ticket just like this one for three days. She says something really quick in French and I gather that she is asking us if we want to buy a ticket for three zones. I flip back to my guide book. There is nothing about zones or days. I’m so clueless. I say again in English/French, “No, Tres Days”. And then to my utter amazement, she says in perfect English, “I know you want a ticket for three days, what zones do you need it for?” I was so exasperated. Here I was stumbling and fumbling and making an idiot out of myself for nothing. She totally understood me the whole time. So I guess that is one thing I could say about Paris that I didn’t like. A lot of French people pretend they don’t understand English just so they can watch you suffer. It’s not that I blame them, I hate it when my town is overrun by tourists as well. It’s just that I really hated being the brunt of their jokes.

This is a hard one. Of course I want to see the guy I had a major crush on. (He didn’t show at my reunion in 2000) I know we’ve both moved on and he’s some sort of successful doctor but I’ve always wondered how he was doing. I hate to say it but it would be really cool if he was bald or something. I guess I kinda always regret saying no to him when he asked me to the Senior Prom. Who do I least want to see? People I don’t remember! This happened and it was horrible. It’s not even like I was so popular I had sooo many friends that I can’t remember them all. In fact it was the opposite. I was so shy I had no friends but when I went to my 10 year reunion, long lost friends came out of the wood work. I felt so bad when they would say, “Don’t you remember me, I used to sit behind you in Chemistry 101?!!!” Nope. I don’t remember you. I think I’ve always suffered from poor memory.

3. What’s the biggest lie you’ve ever told (you’re allowed to change the specifics so no one gets hurt…)

I’m a horrible liar. I’m good at making up details so that a lie might seem believable but I can’t remember them to save my life and I end up giving myself away when the facts don’t match up. So it’s always just easier for me to embellish the truth. One time I got to play miniature golf for free because I lied and said I was nine years old when I was actually 16. It was a joke at first but then the girl who was taking our money went along with it and I had to play with a very small golf club. Serves me right for lying.

4. The job you’ve always dreamed of has just been offered to you. One condition: you have to live in the Sahara desert for a year. Do you take it? If so, how do you go about coping?

I would totally take it. I’m always up for an adventure. How would I cope? I’d blog about every single miserable minute of it!

AAAAAAGH!! Why do people always ask me these question about celebrities I don’t know figs about! You know I was raised in a cult and I never got to watch television or movies until I was 18 right? I guess I can’t keep using that excuse forever. I’ve had plenty of time to catch up on pop culture. I guess I would choose Dennis Hopper because he seems more interesting in the tortured actor kind of way. I’m sorry. I got nothing. If I had to pick one for a mate (ew!), I’d pick Dennis Quaid because he’s closer to my age. Lame! I know. But I can’t think of any other reasons.

And now I pass the torch,

The Official Interview Game Rules:
1. If you want to participate, leave a comment below saying “interview me.”
2. I will respond by asking you five questions – each person’s will be different.
3. You will update your journal/blog with the answers to the questions.
4. You will include this explanation and an offer to interview others in the same post.
5. When others comment asking to be interviewed, you will ask them five questions.