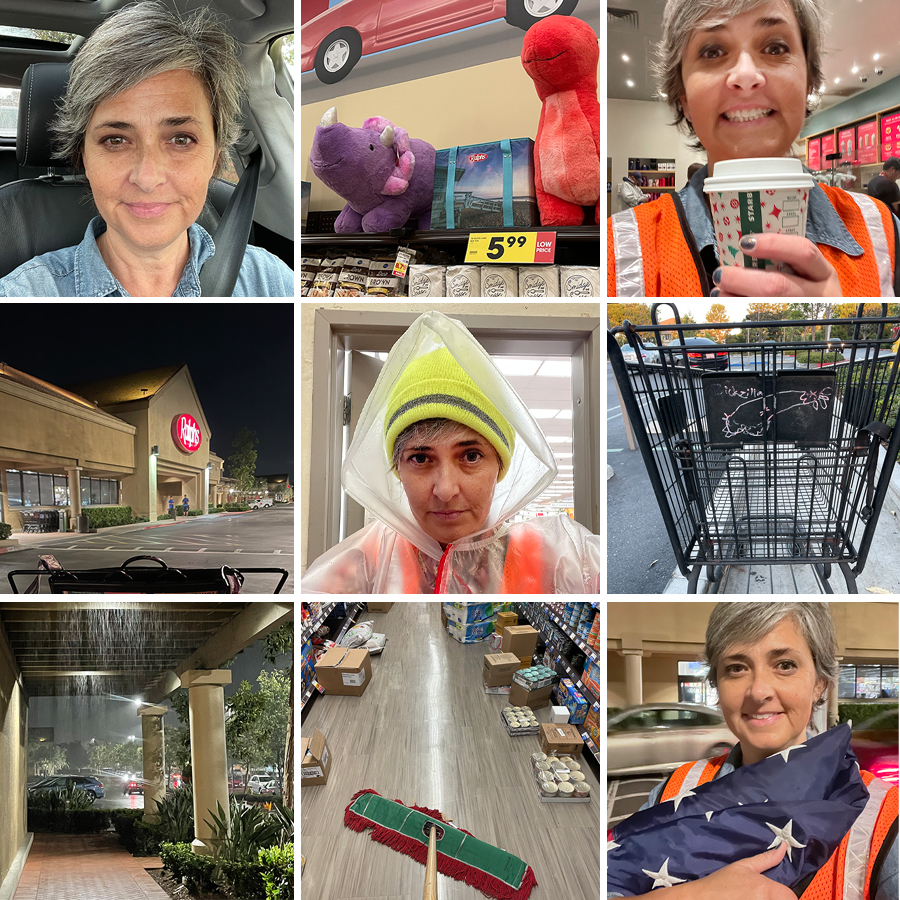 I really should make this two posts because what does grocery culture have to do with Cody but if I took the time to write two posts I probably wouldn’t finish the second one. So I’m going to jam it all together and hopefully, you feel like you’re getting a deal. Two posts for the price of one! I know. Whatever Brenda. Just get to it already.

Every hour on the hour when I’m working as a courtesy clerk at Ralphs I push a broom around the floor, up and down every aisle. It takes me about sixteen minutes to sweep the entire store. I’m pretty much just pushing dirt around the store with a big wide broom that takes turns surprisingly well. It’s kind of fun actually and I pride myself on my efficiency in keeping the small pile of debris relatively under control. Sometimes I lose a bit in the turns but I know I’ll be back the next hour like a cuckoo clock to catch it again.

I compose blog posts in my mind as I go. I think maybe I’ll blog about that dinosaur sticker that is stuck to the floor in the deli section that has been stuck there for two weeks. Or maybe I’ll blog about the morning stocking crew and their lively choices of music. I love it. It’s a party in the early morning hours at the grocery store. One aisle is rocking 80’s power ballads while the next is jamming to R&B. Everyone says good morning and hello as I pass by them in the aisles, dodging towering piles of toilet paper or teetering boxes of cans that are stacked up to be unloaded. It’s just a lively bunch.

I also think about blogging about the state of the linoleum floor that is breaking into bits. Every day I sweep another inch away into the trash can. The floors are a mess. Does anyone notice? What’s the state of the grocery store’s budget for repairing these things? The store seems to be run pretty lean and there are a ton of improvements needed but nobody ever says anything about them. But I never ask either because we are all overworked and no one has time for such questions. It’s always a state of either being slammed or “if you have time to lean you better clean.” Everything needs cleaning all the time.

I love the grocery store. One of the rules of being employed there is that you have to smile and say hello to everyone. At first, I hated it because I’m naturally shy and I never want to be that overly chipper person annoying people. But then I learned about the secret shopper system and if you don’t say hi to the person who is the secret shopper you can get docked and the whole team loses their rights to a pizza party or something. It’s a big deal. So we all say hi all the time. We say hello, good morning, how are you… We’re just a chatty bunch. And you know what happens? It rubs off on you. You can go to the store in a bad mood but after an hour of saying hello over and over with a smile, you start feeling genuinely cheerful. By the time I leave my shift I’m the chattiest person there. And I kind of love it because all the conversations are short and funny. There’s no prying into deeper personal matters. No gossip. Just friendly hellos and funny quips all day long. The grocery business is onto something.

I don’t know who the secret shopper is but I’m dying to find out if I’ve ever said hello to them. I’m pretty sure I’m not the one who gets the pizza party privilege taken away. 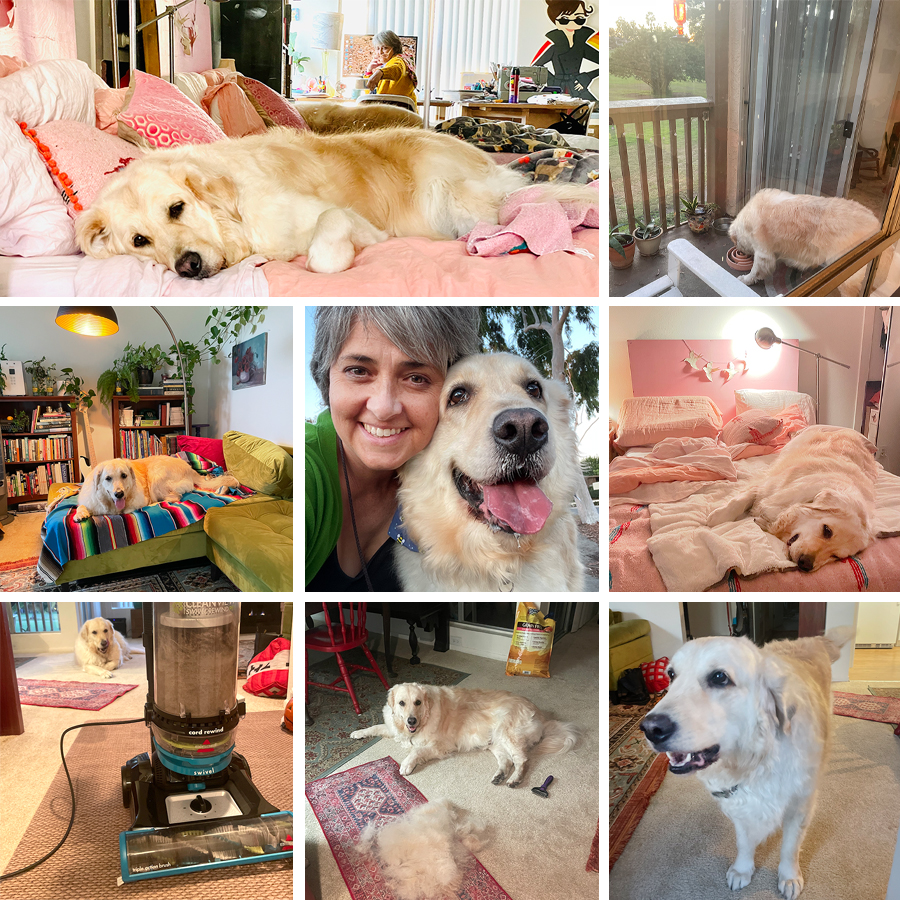 In other news: Cody came to live with me! Payam was getting a little overwhelmed with having two dogs. Cody can eat a lot AND he has so much fur. He’s a lot of work. I’ve missed my dogs terribly and I know they miss me too so when Payam asked me to take Cody I was super happy to oblige. I was a little worried my apartment complex wouldn’t allow a big dog like Cody but after some investigation, we were approved! Don’t ask me about the pet deposit though. It’s robbery. I guess they know a big dog can do some big damage to a small apartment.

So far the hair is manageable. I bought a new special pet-approved vacuum and we’re doing our best to keep his paws clean when he comes in from a walk. I don’t think I’ll keep my white carpets white but on the upside, it is awfully cheery to have a big fluffy white dog to keep you company all day long. I might as well buy stock in a lint roller company and call it a win.

We love having him and I think he loves being here. He really is a good only dog and I hear Whiskey is living it up being an only dog too.